We’ve all encountered that door, the one that you struggled to push open, only to realise that it has been marked pull. And chances are that you have come across it more than once. “Everyday objects can be beautifully designed, yet tragically dysfunctional,” observes Ayush Kasliwal, one of the country’s leading design thinkers, on the sidelines of the Lexus Design Awards India (LDAI) 2020.

Even as headlines of the economic slowdown and Make in India initiative make for dispiriting reading, Ayush, also a prominent jury member of the LDAI 2020, believes that the mainstream narrative fails to recognise the design capabilities and achievements of millennials. Exploring a counterpoint, Lexus hosted the third edition of the LDAI in concurrence with the Pune Design Festival earlier this month, highlighting the year’s theme: Design for a Better Tomorrow. Adjudged on their ability to incorporate the fundamental Lexus principles of Anticipate, Innovate, and Captivate, the finalist in the 12 categories  —  like product, furniture, lifestyle accessories  design — were chosen from 850 entries; many
submissions coming from some of the biggest names in the field of art, design and architecture.

Here are some ideas and designs that grabbed our attention. Bespoke design took on a new meaning with Malek Shipchandler’s Project Kinstrukto — a Lego-like brick watch that can be constructed almost from scratch by its wearer. Inspired by the Japanese Harajuku culture, a street style that celebrates non-conformity through its colour, theatricality and versatility, the former lawyer’s timepiece allows the user to build the watch piece-by-piece, including the bezel. “The product is a result of a childhood memory of my mother bringing back employee-discounted watch straps from her time as a supply chain consultant at a Swiss watch manufacturing company. For some reason, an old watch with a new strap would almost feel like a brand new watch for an eight-year-old. Kinstrukto was created for those who want to feel that emotion and sport a ‘new’ watch whenever they want.” he shares. The watches are powered by Japanese quartz machines of Seiko-Epson for the flagship krater series, while the arkitekt and zikkurat lines have the Miyota-Citizen.

It takes a village
A representative of the multitude of crafts traditions within the country, collaborative efforts in the form of design interventions were a prominent theme within the textile and craft segments. 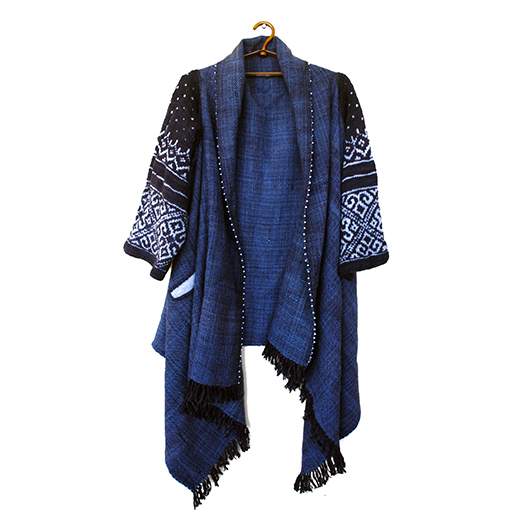 Within the Textile Design category, what stood out was Vasanthi Veluri’s modern-day interpretation of a traditional Uttarakhand shepherd’s woollen coat. Despite its coarse textural quality, the designer’s choice to utilise the region’s staple short wool yarn emphasised the need to preserve traditional fabric choices. “To enhance wearability, we reduced the amount of hand knitting and used a combination of knitting and weaving. This resulted in a unique fusion of techniques and texture. By lining the coarse Harsil wool with handspun cotton and using merino wool sleeves and pockets, we also maintained the integrity and structure of the nomadic attire while making it easy-to-wear.” 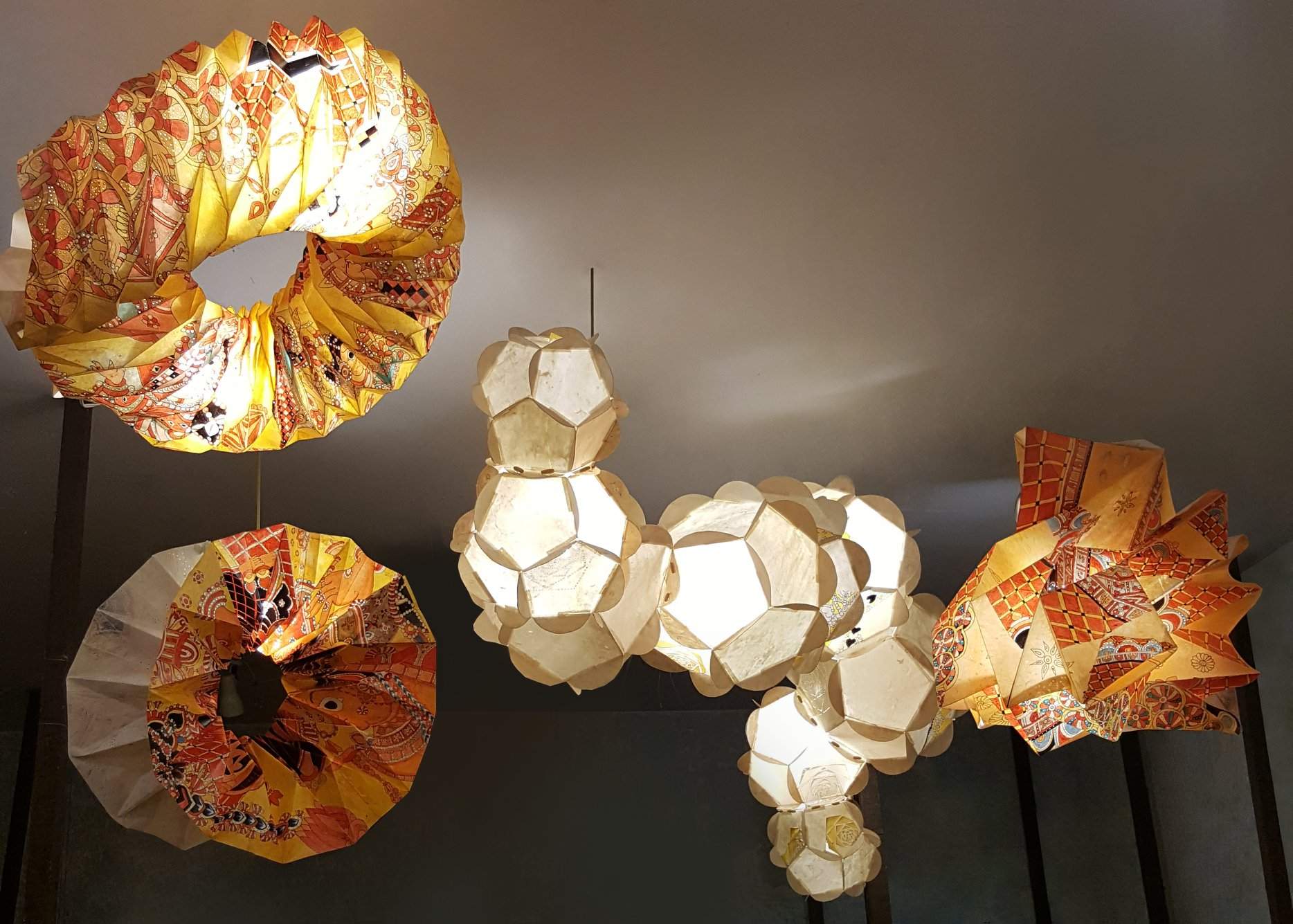 Landscape architect turned hexagram artist, Ankon Mitra’s submission brought together two disparate craft forms — the Japanese technique of origami and the Telangana region’s shadow puppet theatre (Tholu Bommalata) — to create wall art that also provided a modular lighting solution. Borrowing from the idea of erstwhile Andhra Pradesh’s shadow puppetry tradition, the Tholu Bommalata Parchment Leather Lighting Collection makes use of traditional paper-thin leather parchment decorated with drawings and the backlighting as a starting point. “We added the folding technique to the leather, making it structurally rigid, allowing it to function as three-dimensional lighting products,” says the New Delhi-based designer. Engaging with a cluster of 10-15 artisans from Nimmalakunta village in southern Andhra Pradesh, the second leg of Ankit’s design intervention will see him working with the craftsmen on their colour scheme and create a palette suitable for the urban customer. 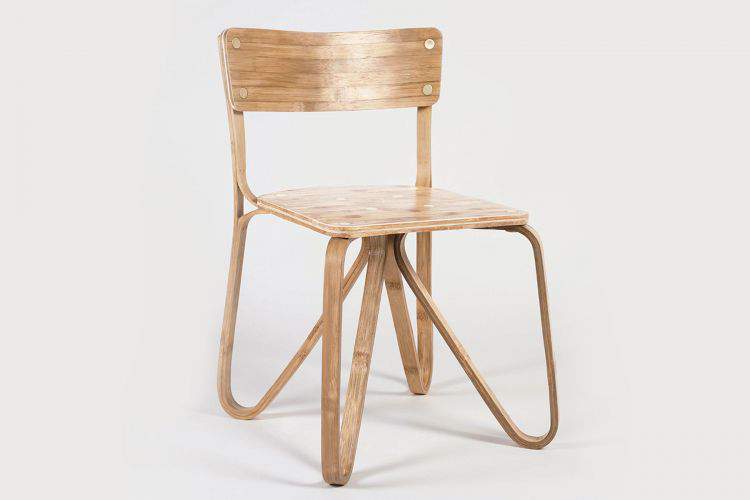 Surprisingly enough, the sustainability trend was limited to Shashank Gautam’s designs — the butterfly chair and deer table — which offered a fresh and chic perspective of the ‘poor man’s timber’. “We are attempting to shift this preconceived notion, and rebrand bamboo as the material of the future,” explains Shashank, founder of the furniture brand Mianzi. Preserving the raw appeal of bamboo, the designs played up the natural pliability of the material by creating seamless geometric shapes —
triangles that resembled butterfly wings — without joints, that could be assembled to make up an elegant, minimalistic chair. “We realised that in most furniture, the joints are fragile since it bears most of the pressure. By eliminating the joints, we not only used less material but also combined the traditional ways of bending bamboo to create structurally sound furniture.” 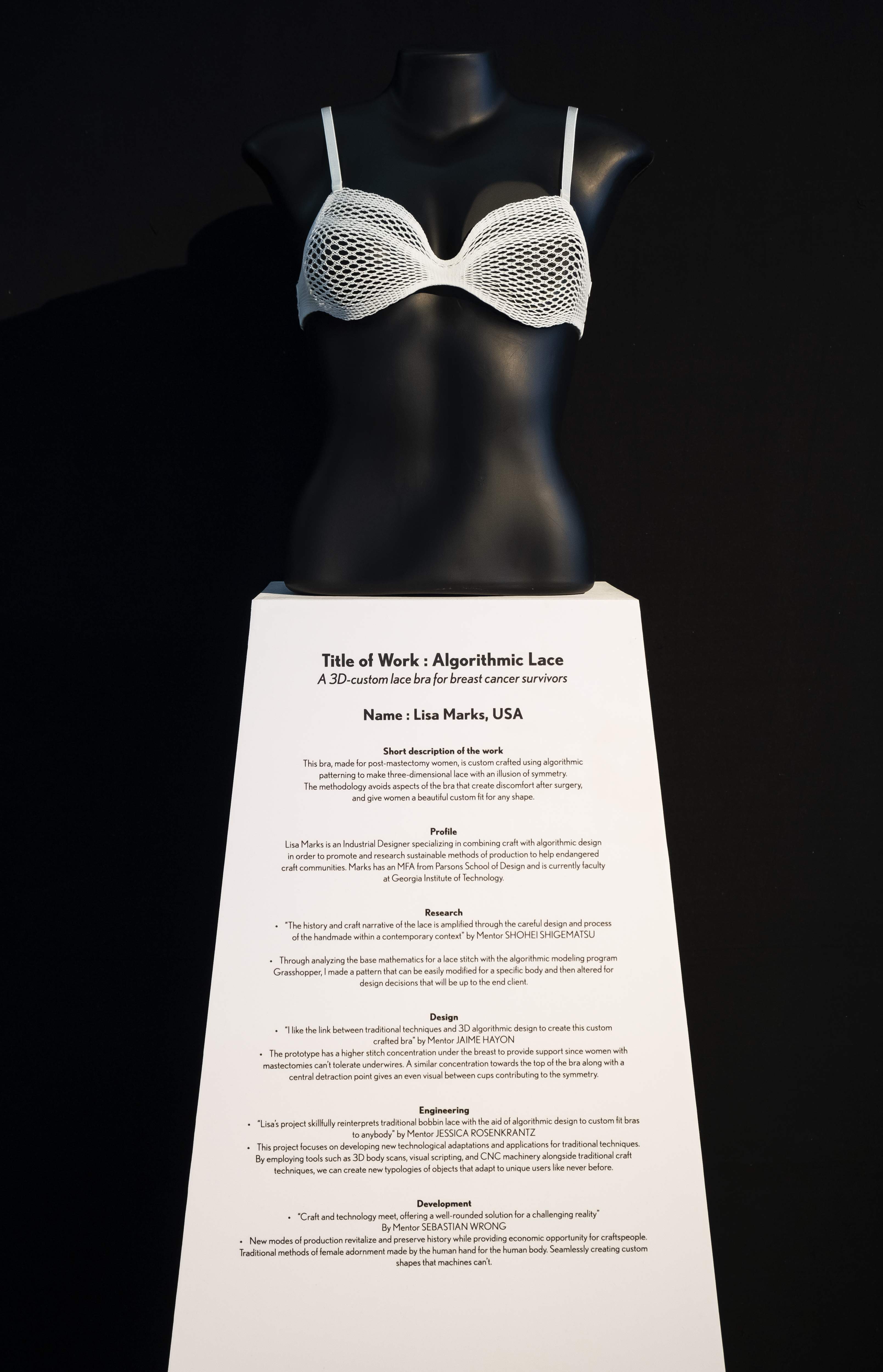 Lisa Marks, the winner of the global Lexus Design Award 2019, also shared a distinct philosophy which shines a new light on design thinking. ‘When you hit upon the right design, it often fulfils different functions,” she points out. Known for her algorithmic lace bra made for post-mastectomy women, Marks suggests at an anticipatory design approach rather than one that solves problems. Much like how she created a product and found the user it would work for best, thereby underlining the design award’s first criteria: anticipate.

The writer was at the Lexus Design Awards 2020 by invitation.