Following the showcase of his MA graduation collection at the London College of Fashion, emerging menswear designer Harikrishnan’s designs blew up on the internet towards the beginning of last week. The 26-year-old designer from Kollam in Kerala had just presented his collection featuring two-piece ensembles consisting of beaded vests and shorts and structured jackets paired with inflatable latex trousers of balloon-like proportions. In under a few hours, Instagram, Twitter and Reddit threads were filled with memes featuring his inflatable designs, prompting different reactions from across the globe. Some listed things that they’d never be able to do while wearing these pants — like riding a bike or ‘manspreading’, while others, including the American rapper MC Hammer, applauded the effort in a Tweet saying, ‘I respect the narrative and Harikrishnan for pushing the boundaries.’ 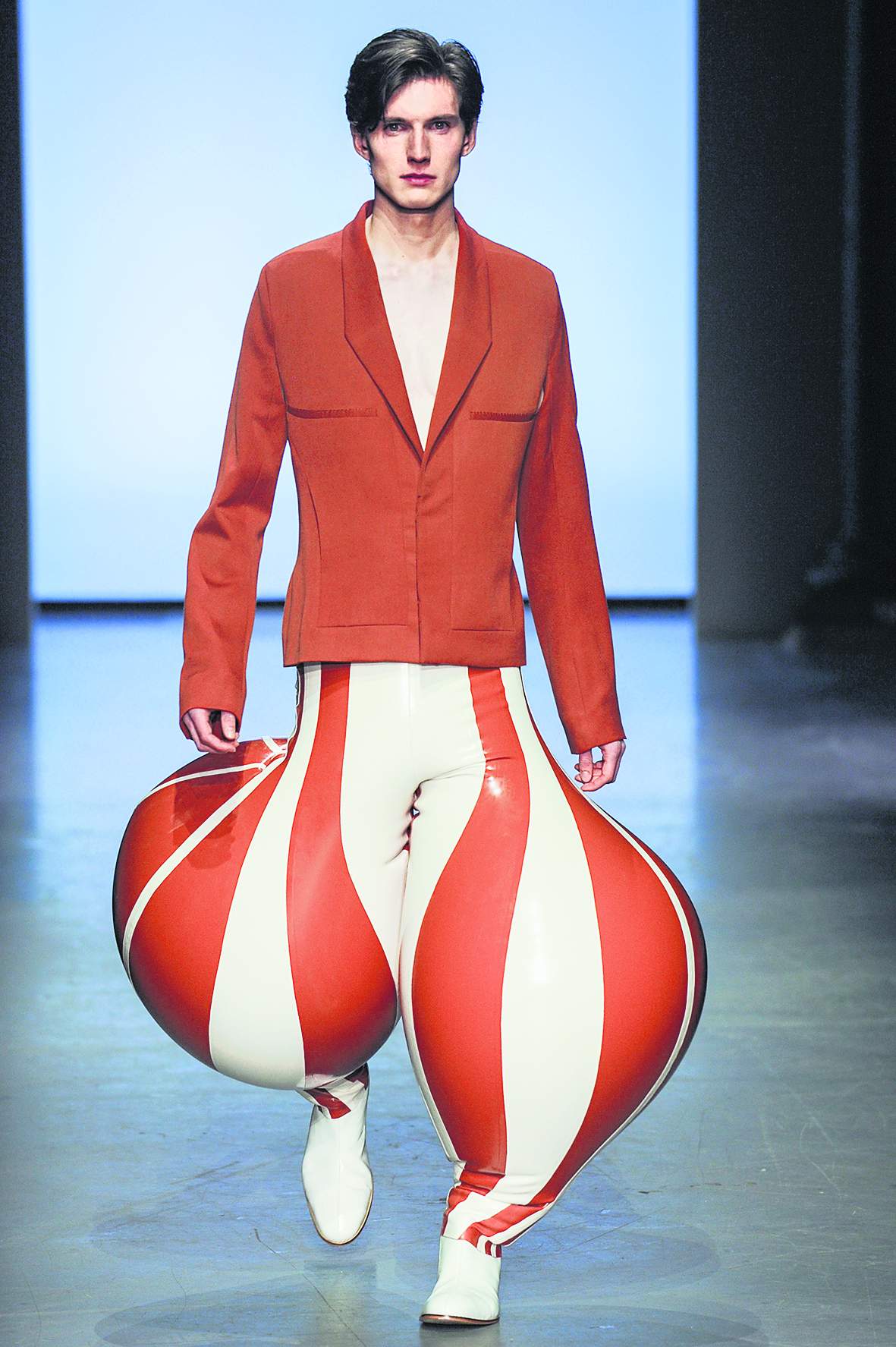 While the viral reaction was unexpected and caught the mononymous designer off-guard, Harikrishnan’s concept for the collection came from something more relatable — of how his pet pug, Kai viewed the world around him. “The thought of him seeing me as a giant figure or not seeing my head was quite puzzling. Inspired by the way Kai saw things, I decided to visually reimagine the people around me through a game of distortion — detached from the stereotypical, pre-determined notions of the human perspective,” Hari explains.

New realities
To create these pants, Harikrishnan started by making three-dimensional clay models. Using a latex-base called Supatex for the exaggerated silhouettes, the trousers were then put together by arranging individual panels of latex and glueing them together by hand to create vertical and horizontal stripes, thereby further accentuating the distorted effect. Once completed, the air was then pumped in through a 7mm free flow inflation valve attached to the bottom. “It took me nearly 48 hours to put together and finish a single trouser. Once these pants are filled with air, wearing them makes you feel like you are floating,” he says with a laugh. 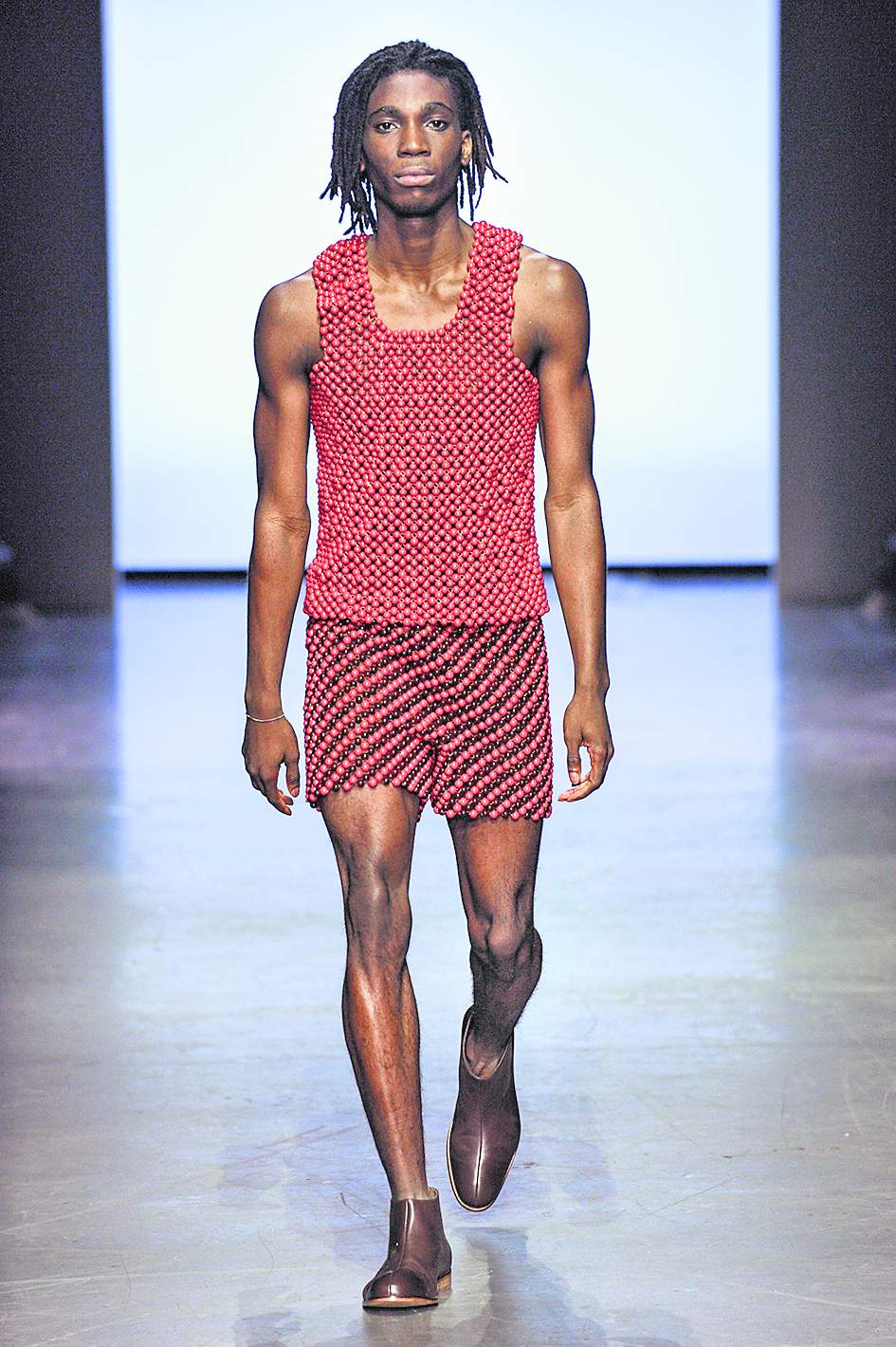 Wood’s worth
As a more direct approach to the ‘craft-centric’ aspect of designing, Hari, who had formerly worked under celebrated Indian-designer Suket Dhir, also collaborated with the 200-year-old artisan cluster in Channapatna, Karna-taka. Adopting the community’s woodturning skill that had up until then been used to create toys, he trained two women to adapt their capabilities to make linked beading for his prêt line. A capsule collection of shirts and vests, the ensembles were fashioned using wooden beads that were coloured with beeswax and natural lacquer, and fused together. “I think fashion trends should no longer focus only on sustainability, rather it should spotlight the collaborative effort of designers and these artisans.” 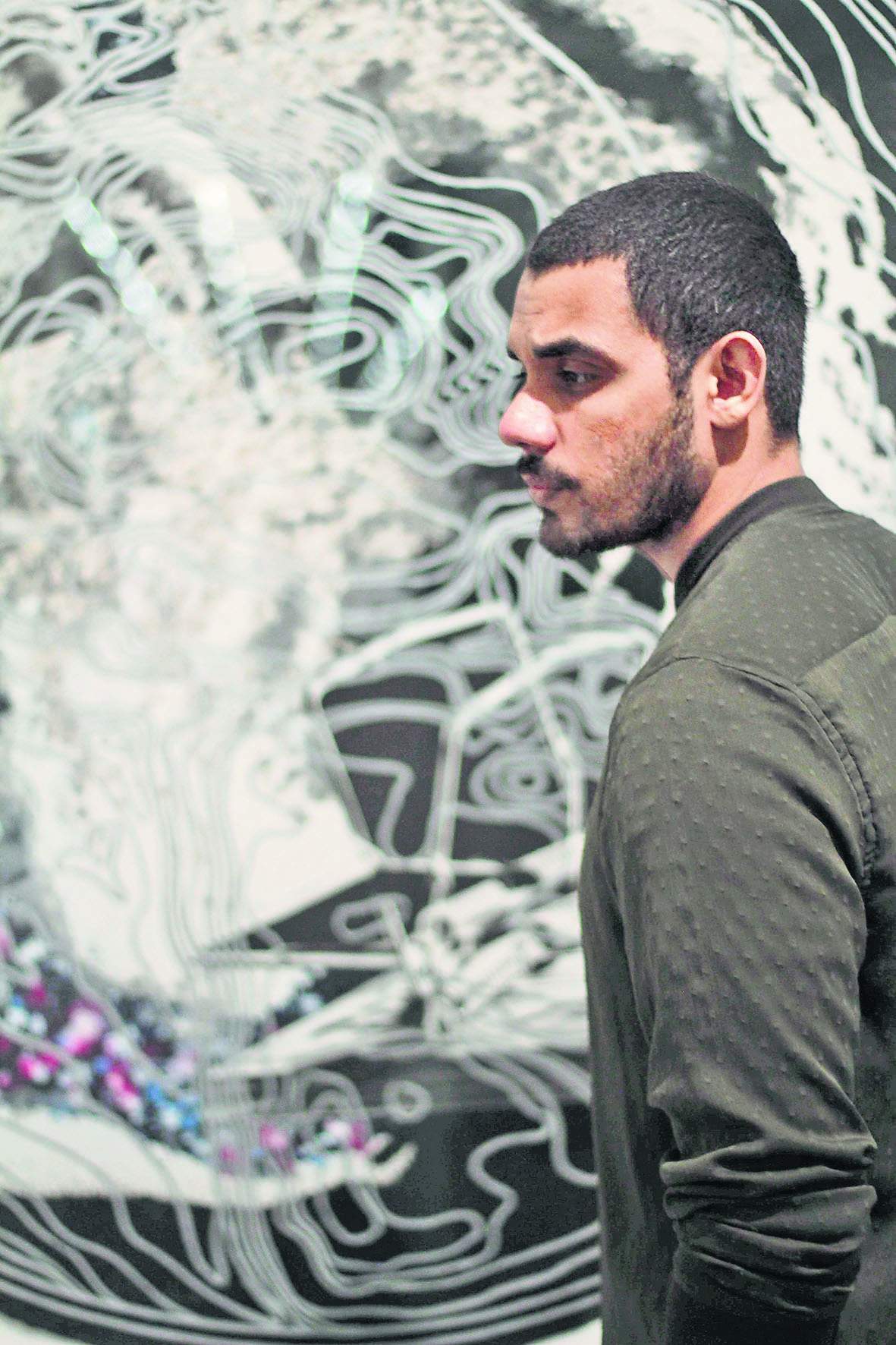 Moving forward, the NIFT Bengaluru alumnus will continue to work on offering fresh perspectives on proportion in design and fashion through collaborations — hopefully, one that includes his dream collab with French graphic designer Jean-Paul Goude.