While traditional gold jewellery is the most obvious route to take when it’s festival season, we suggest you go off the beaten path with some company from the animal kingdom. Opt for cameo earrings carved with birds for something subtle or make heads turn with a heavy necklace featuring a majestic bull. From Azlee to Ileana Makri, there’s something for everyone. 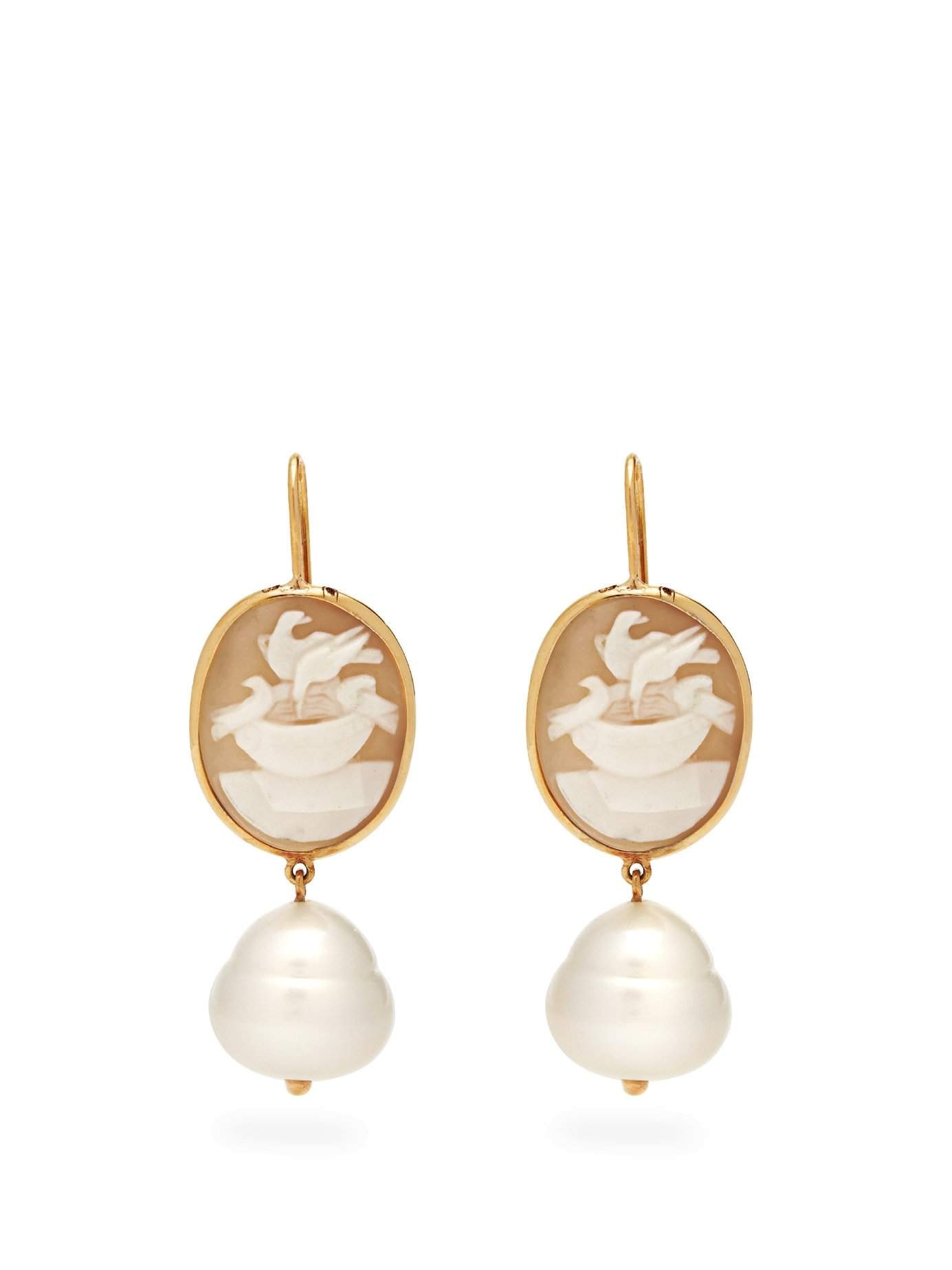 Birds of a feather
Designer Brigid Blanco is known for her cameo designs and this one features a group of birds sitting around a bird bath. The shell earrings are framed by 18k yellow gold and finished with pearls. Rs.3,63,330 approximately 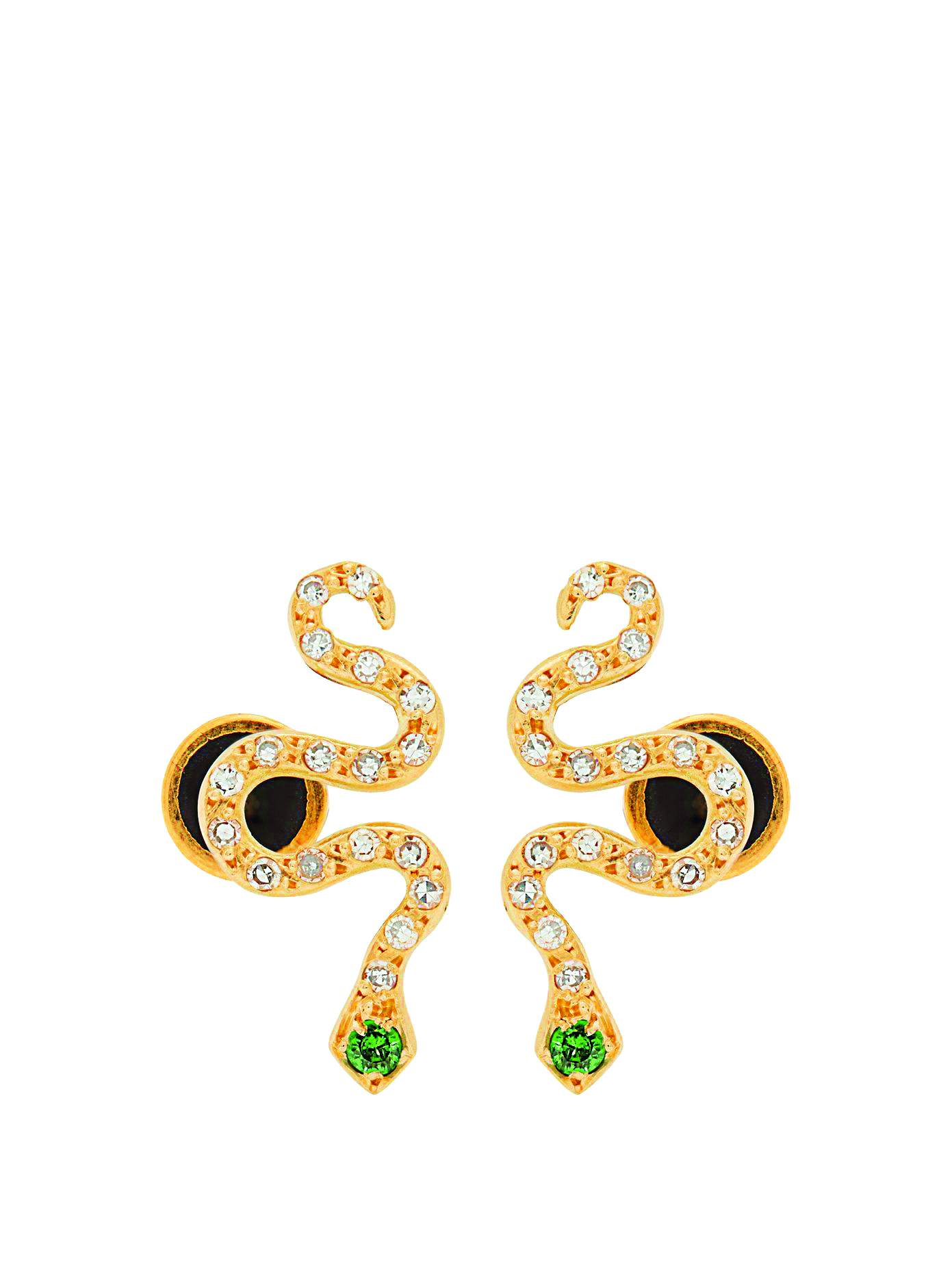 Hiss fire
Ileana Makri’s earrings are informed by the symbolism of snakes in religion, mythology and literature. Made from 18k yellow gold, the snake is studded with white pave diamonds and tipped with precious tsavorites. Rs.81,200 approximately 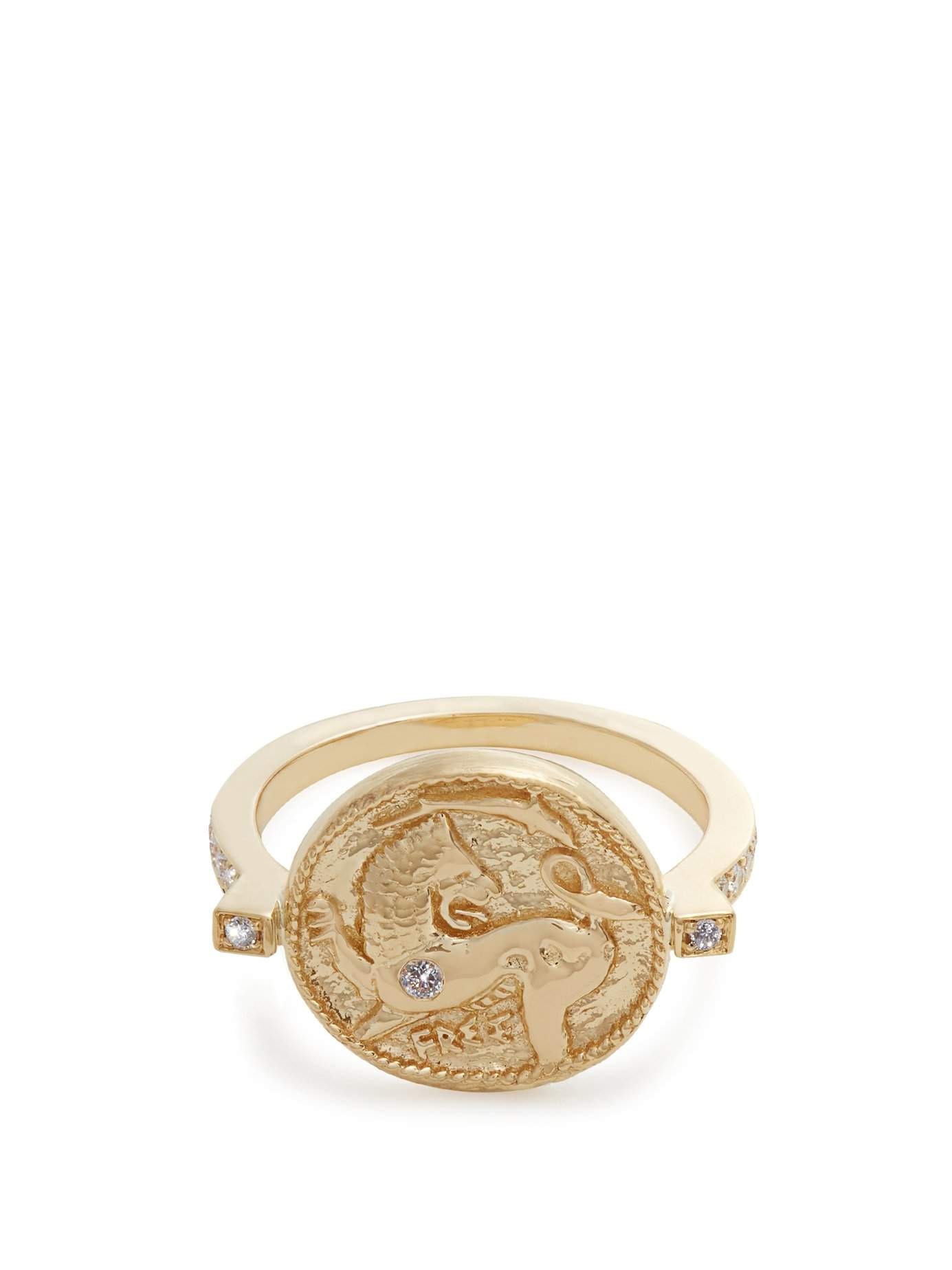 Coin toss
Azlee’s Animal Kingdom ring is crafted from 18k yellow gold. Studded with round-cut pave diamonds on the slim band, it features a disc that has a coin-effect embossing of a mythical animal. Rs1,73,373 approximately 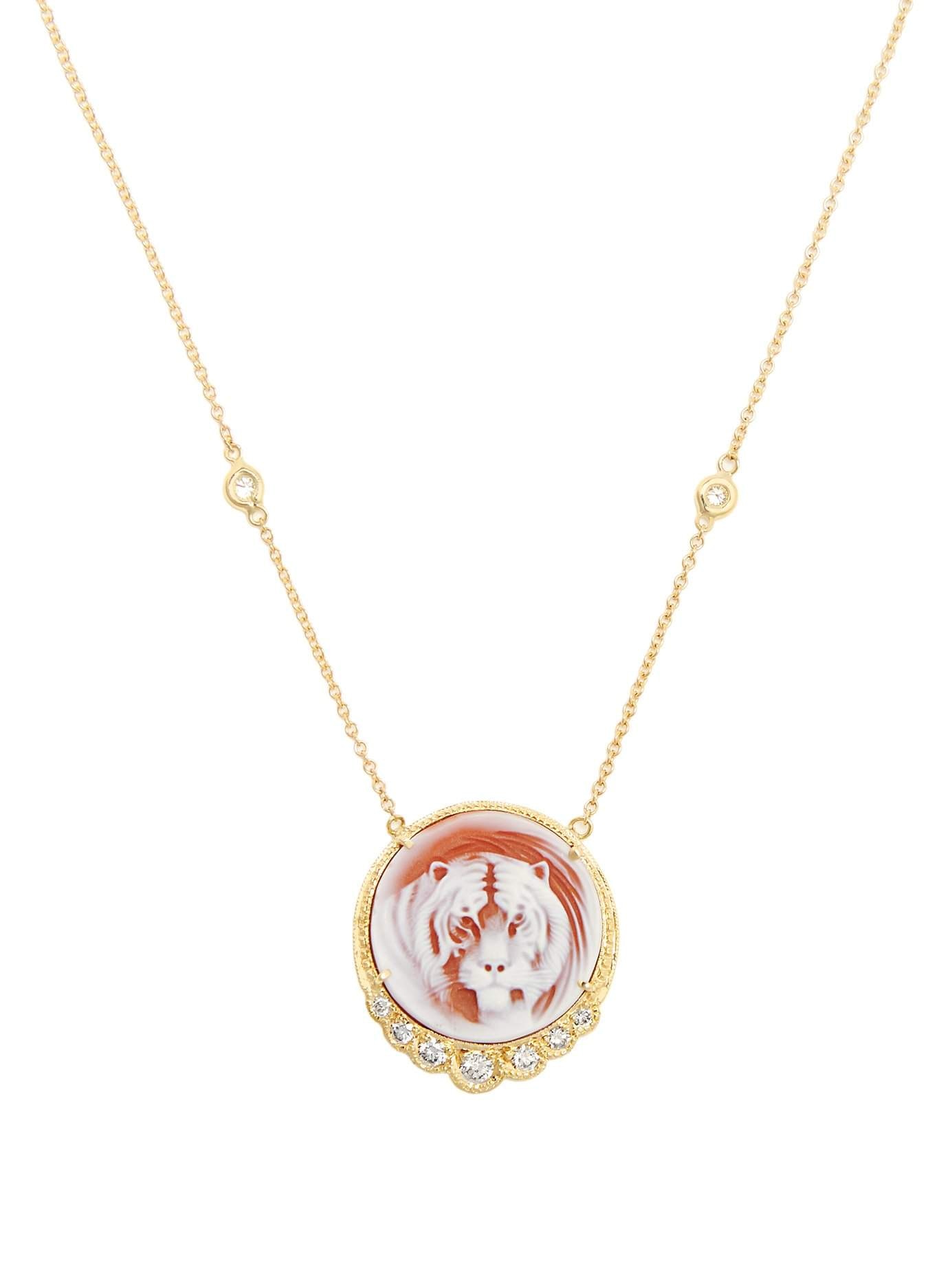 Easy, tiger
This diamond and yellow gold necklace from Jacquie Aiche is inspired by native American art. The cameo pendant has a carving of a tiger’s head. The bezel is set with 0.44ct diamonds. Rs.2,43,100 approximately 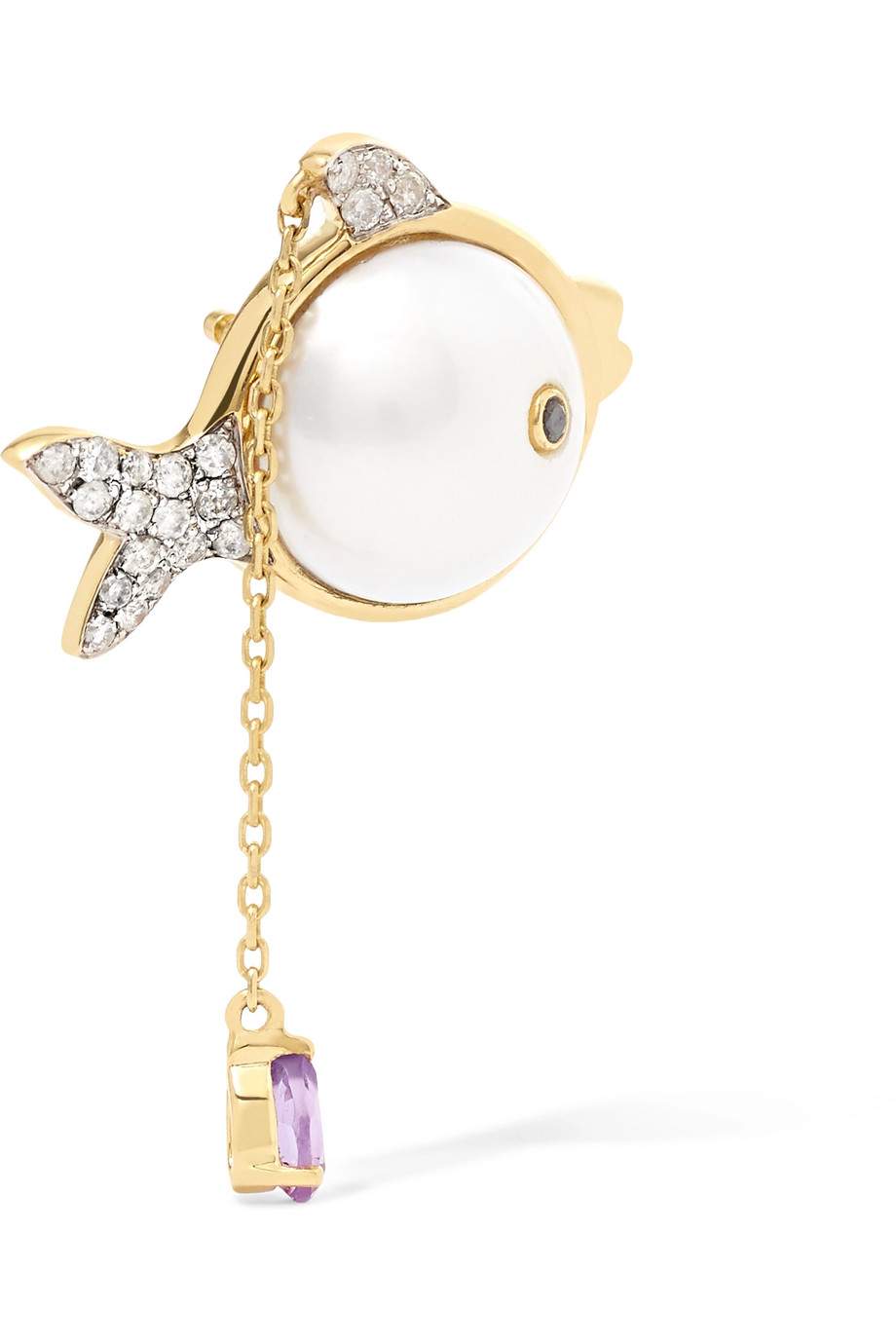 Catch of the day
This playful piece by Yvonne Leon is designed in the shape of a fish, whose body is a single freshwater pearl with a blackened stone as its eye. Its fins and tail are set with gray diamonds. The earring also has a delicate amethyst drop. Rs.2,02,630 approximately 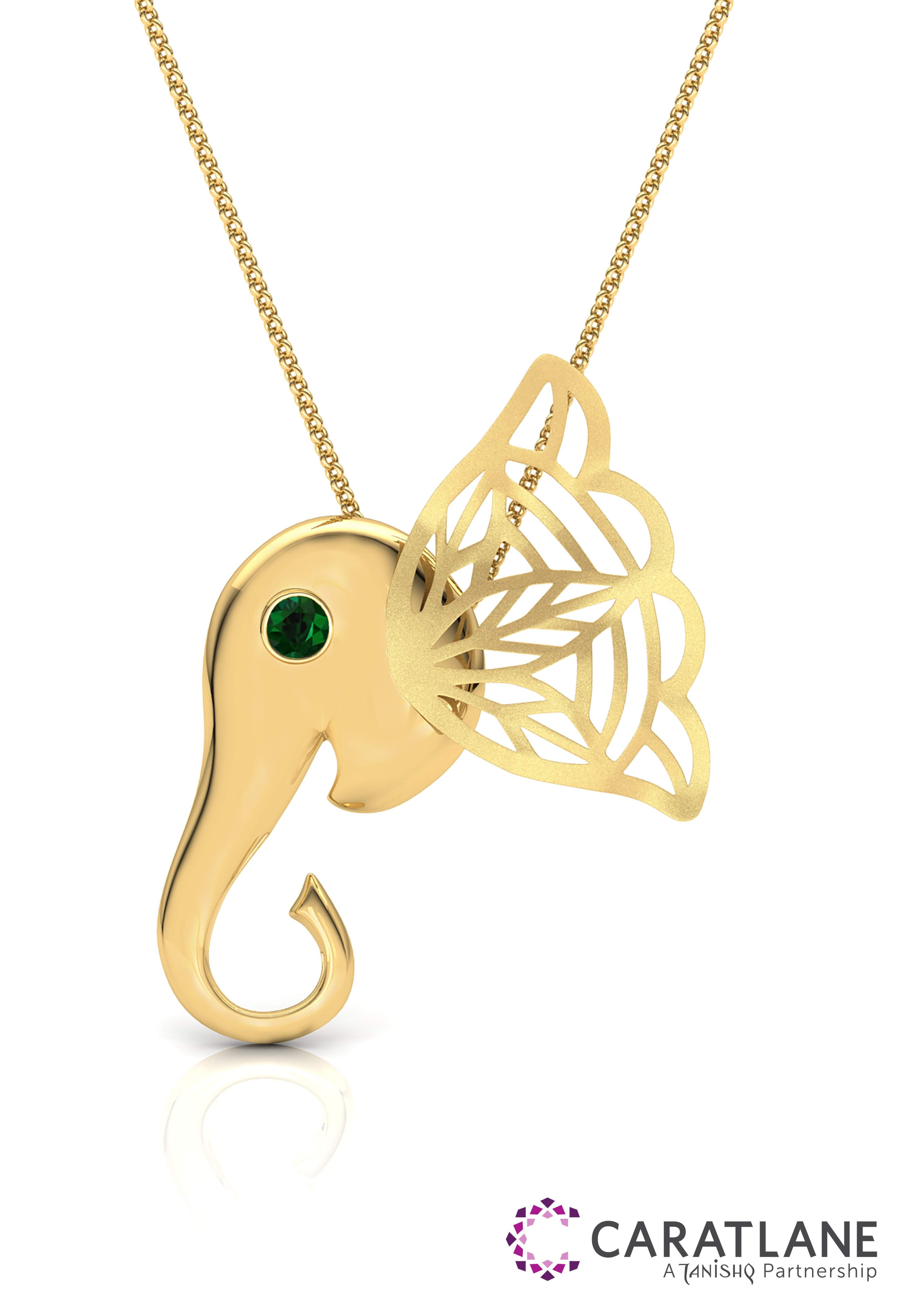 Trunk tales
This adorable Hasti Lattice pendant is from CaratLane’s Madhubani-inspired collection. Crafted from 18k gold, it has a green stone as its eye and skillfully cast trunk and ears. Rs.7,921 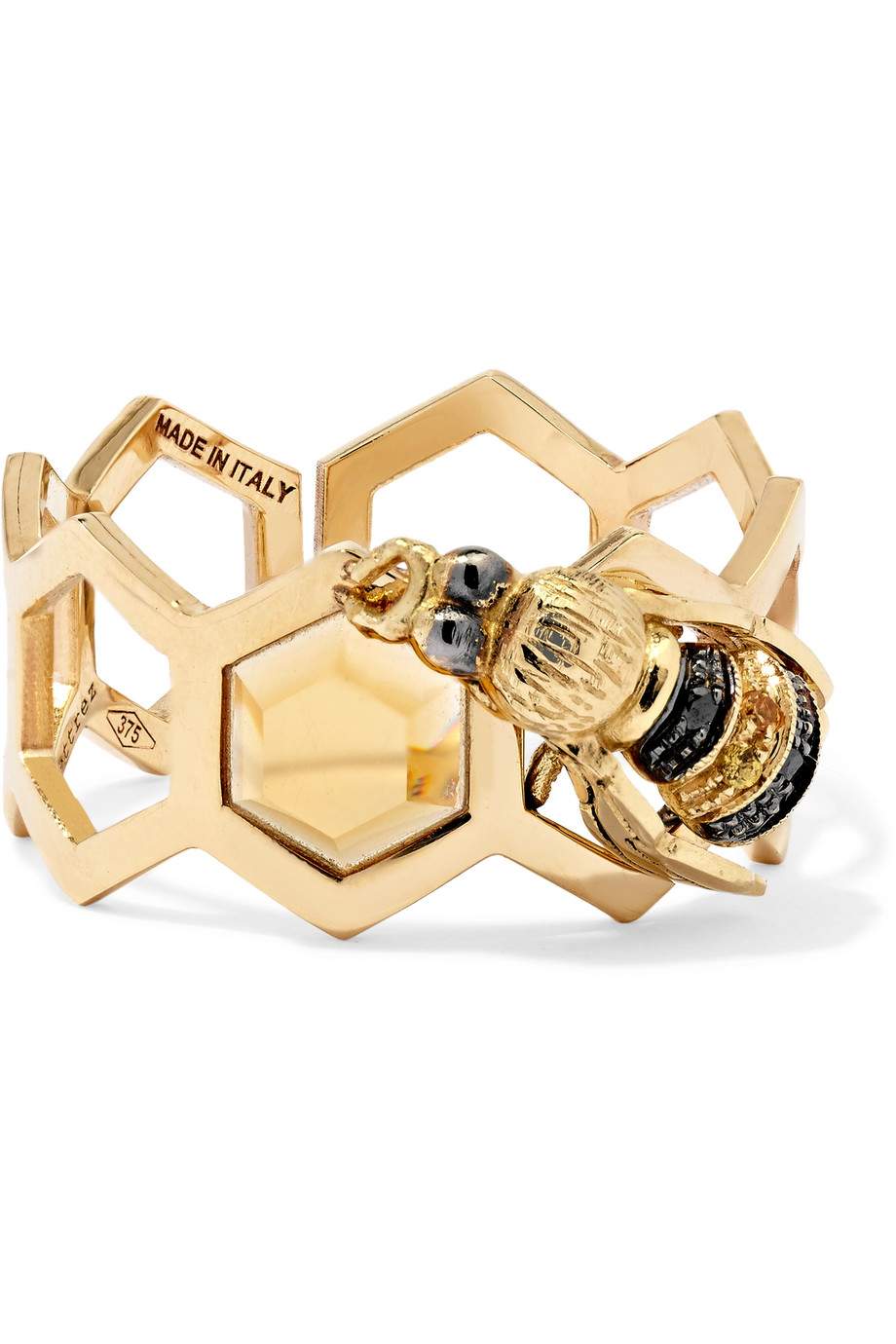 Honey trap
Part of the Garden of Delight collection, this Delfina Delettrez ring has a honeycomb pattern and is inlaid with citrine and yellow sapphires. The ring is finished with a bee, encrusted with glittering blackened diamonds. Rs.1,40,000 approximately 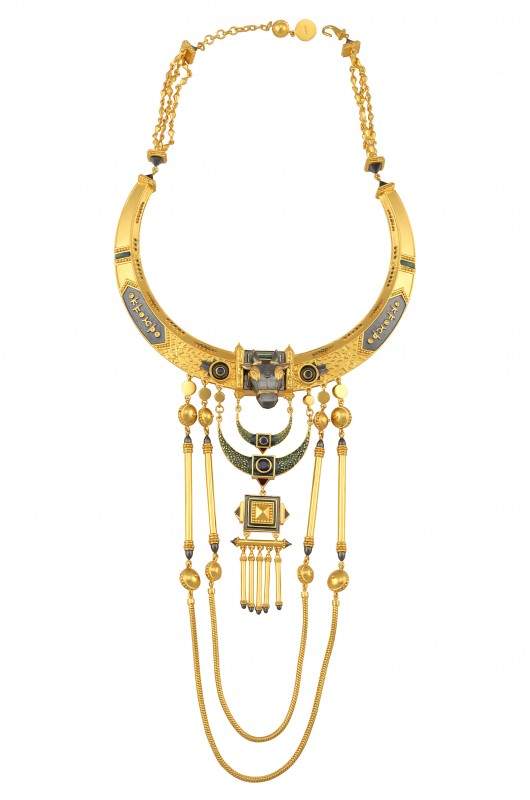 Have a bull
Make a statement in this striking necklace from Tribe by Amrapali. The gold-plated piece has enamel work and dual-toned detailing, with a detachable Nandi or bull head. Inspired by Hindu god Shiva, the piece also comes with crescent moon and tribal motifs. Rs.25,000