In 2018, Pooja Roy Yadav, founder of multi-designer jewellery store, Nimai, has one key task on her agenda — to work towards uplifting artisans and empowering women. To that end, the former brand consultant teams up with acid attack survivor Lakshmi Agarwal to release a new unisex bangle, aptly titled Promise. “It was always our intention to have Nimai snowball into something that would empower women and address social issues in its own way,” begins Pooja of the five-year-old brand, adding, “We wanted to work on those goals, now that we have established ourselves as an e-boutique and offline store in New Delhi. And that’s how the campaign was born” It was during a meeting over a year ago, that someone from Pooja’s team suggested Lakshmi’s name for the campaign. And Pooja agreed. She recalls that she was ‘consumed by her fire and energy’ the first time she met her. “She came across as anything but a victim,” shares Pooja. 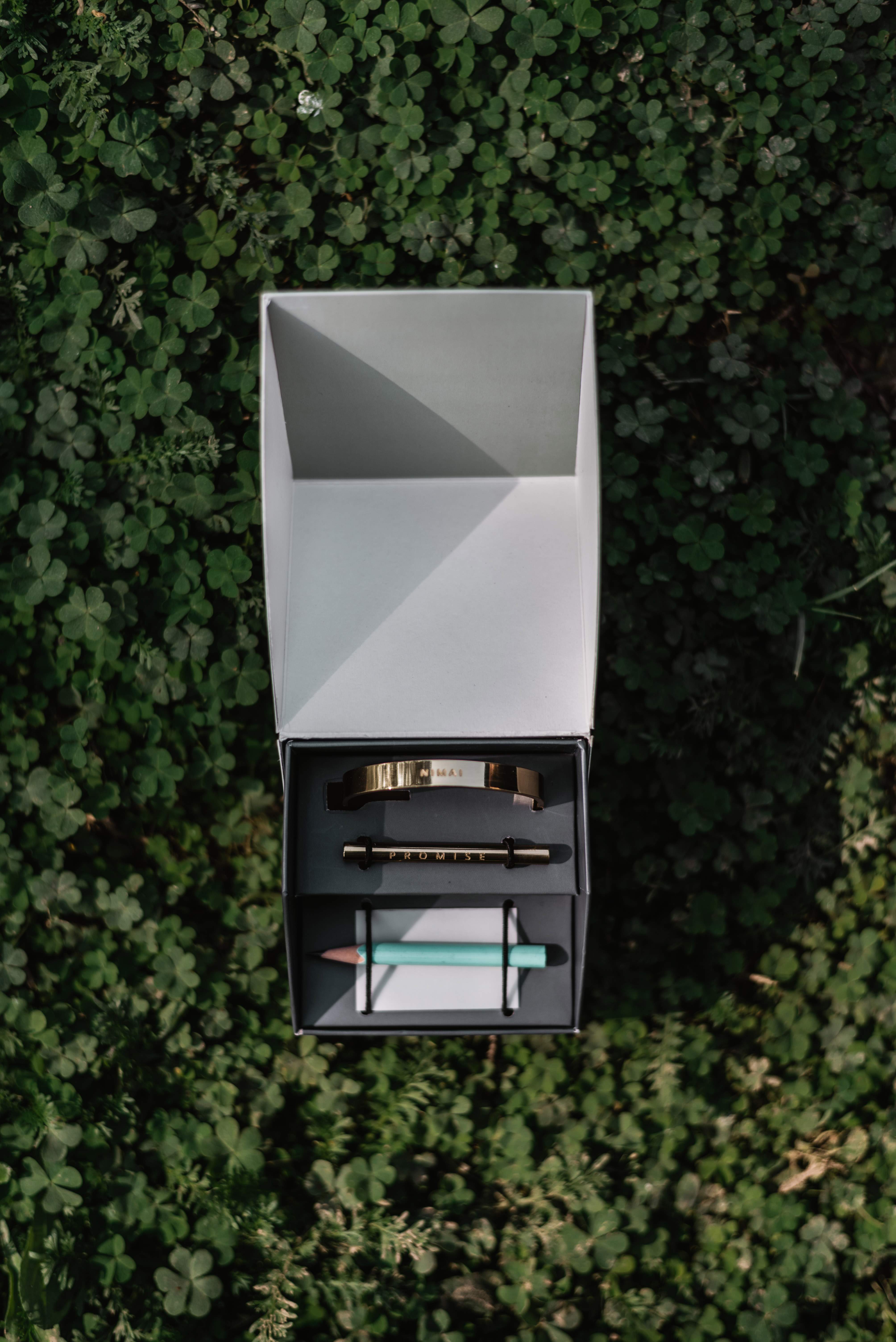 Bare metal
Minimalistic, sleek and uber chic, the accessory is crafted from brass and copper. Two ends of a solid semicircle are connected by a cylindrical piece of metal, which also acts as an extended clasp. The clasp serves as the secret, watertight compartment where you can store your promise. The bangle comes in a dusty pink and powder blue box that also holds a pencil and parchment on which to write your promise. “While it is currently available in two colours — gold and rose gold, two new shades, enamel black and titanium silver will be unveiled shortly,” reveals Pooja. Three per cent of sales from each bangle will go to Lakshmi, to help support her financially. Pooja plans to start retailing the accessory out of major e-commerce sites and offline stores in the next few months to ensure that it has more reach. “Lakshmi is the first in series of social causes we aim to take up this year. And we’re hoping we’ve made a good start,” says Pooja in conclusion.