Tribe by Amrapali finds inspiration in Shiva for its latest collection

As far as design sensibilities go, Tribe By Amrapali has one that is distinct, bold and that strikes the perfect balance between traditional and contemporary. Carrying that aesthetic forward, CEO Akanksha Arora and her team, have recently unveiled The Shiva Collection, which while having some religious references, manages to stay largely secular, contemporary and versatile. “We release small capsule collections almost every month. But The Shiva Collection is a full fledged line with about 150 pieces, that include bracelets, necklaces, rings, hairpins, earrings and pendants, for both men and women,” shares Akanksha. 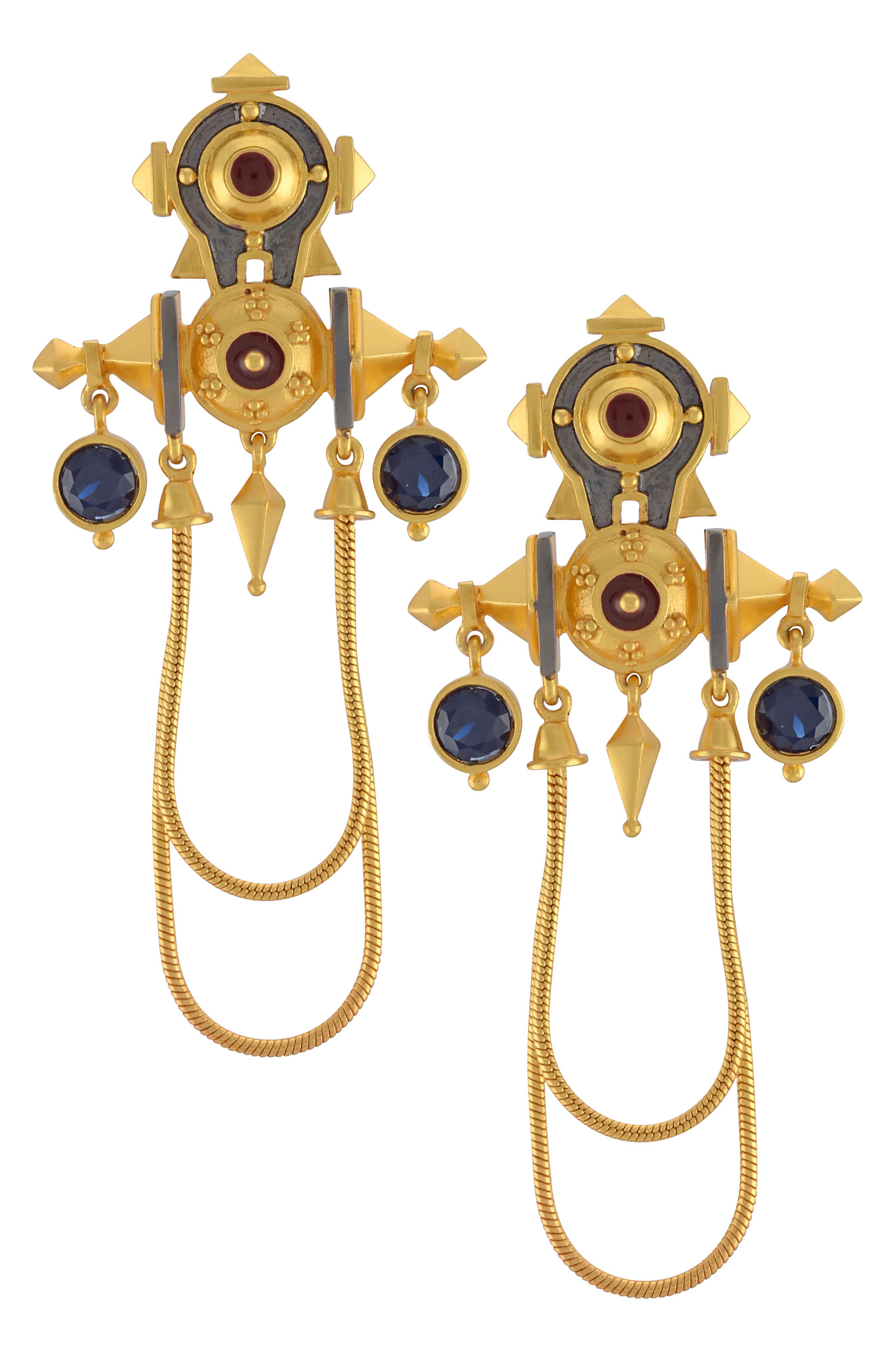 The striking pieces are an amalgam of five different aspects that are tied to the Hindu god — the Nandi bull, naag or snake, the trishul and Vedic scripts. The snake is interpreted through textured enameling mimicking snakeskin and snakehead motifs, while the bull head is a recurring design element throughout. The shape of the trishul is imitated in a range of earrings, but in a contemporary way, and words from Vedic texts are engraved on the jewellery. Strong presence of clean lines and geometric shapes, keep it religiously neutral and fashion forward. The pieces are made from alloy but are black metal- and gold-plated. 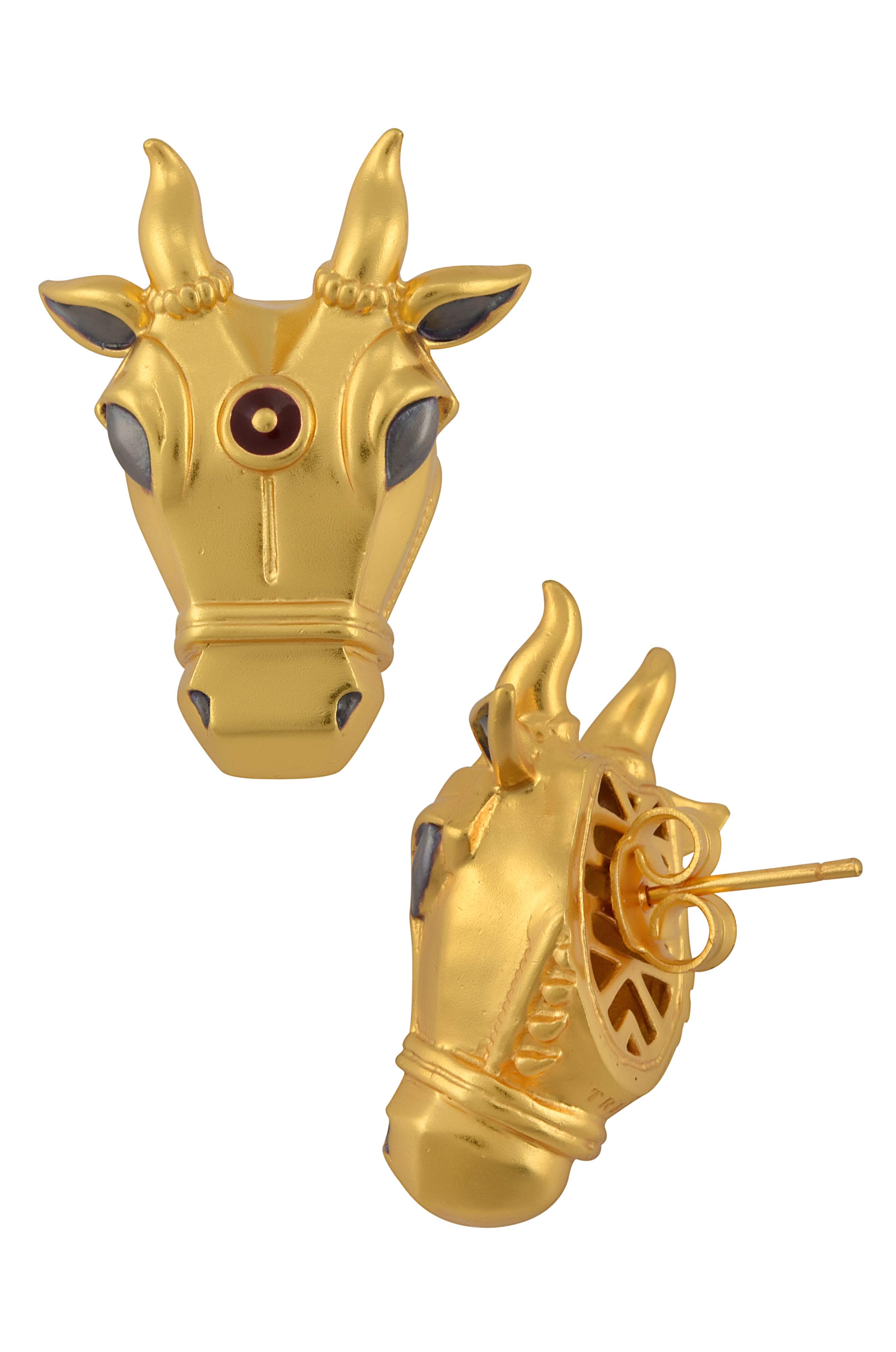 A key piece that captures the essence of the collection is the Gold-Plated Shiva Statement neck piece. The collar necklace boasts a black metal Nandi at the centre of the collar, which is also inscribed with text from the Vedas. The collar is attached with four smaller necklaces that fall one below the other. “This collection is being released in two parts. The first one was launched two days ago, and the second set will be unveiled in the next 10 days,” says Akanksha signing off.