IF THERE’S one place where the Starks and the Lannisters can exist without conflict, it has to be within Masaba Gupta’s couture closet. The designer has just collaborated with Star World as their first official Indian designer to become a licensee to curate Game of Thrones (GoT)-inspired apparel and jewellery. Think Lannister-print saris and a sigil storm-printed flaming red draped sari, along with long capes and silver studs. 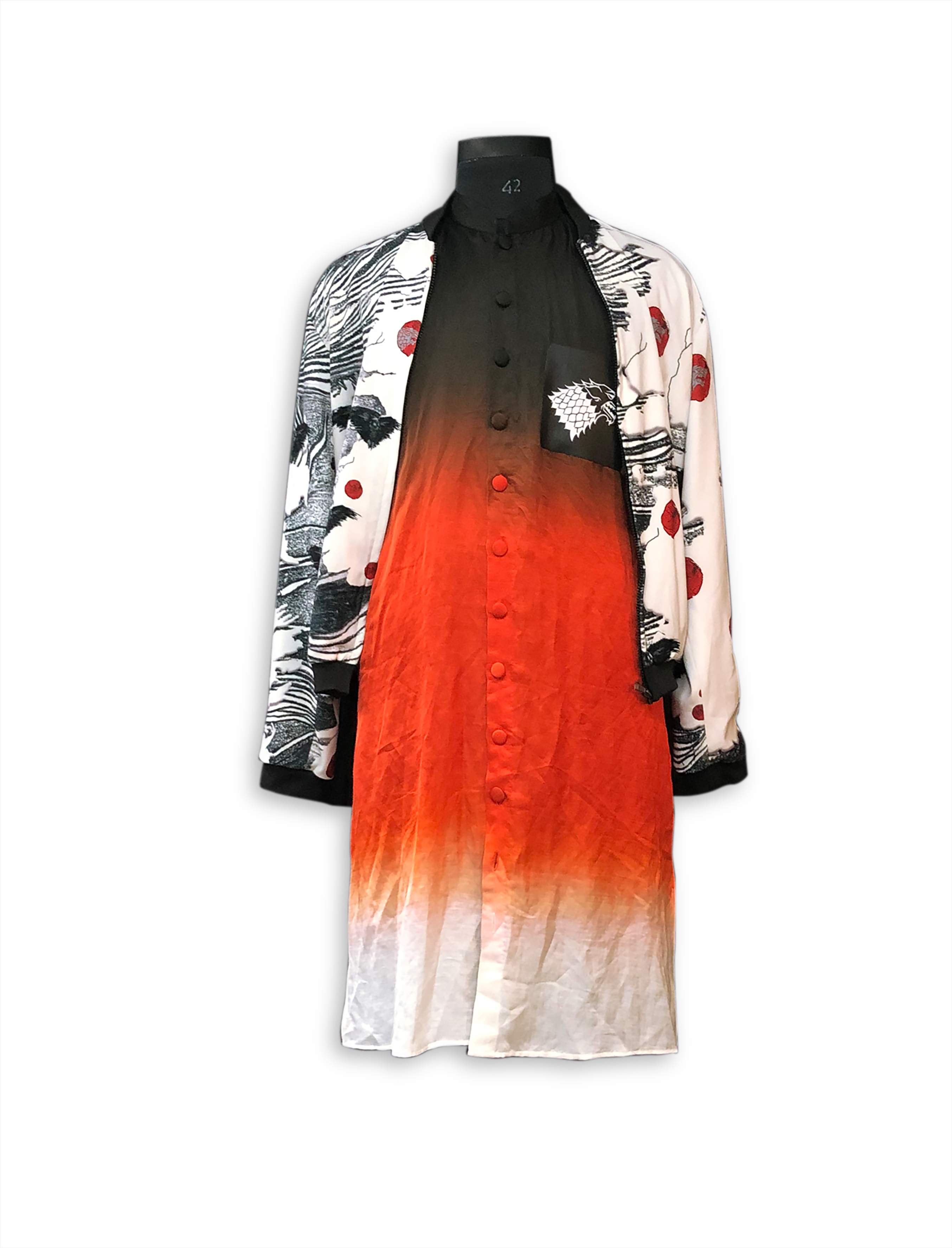 On a call with the Mumbai-based designer, we ask her how she went about designing the line and what had transpired in the two-and-a-half years she’d spent working on it. She says that initially she had apprehensions about what she was going to do with GoT, given that the costumes in the show aren’t really current. “It isn’t something that you can easily wear on a day-to-day basis,” she says, adding that she discussed the idea with her mother, Neena Gupta and brainstormed a few costume options. “She is a much bigger fan of GoT than me. In fact, she got me hooked on to it. And she told me that I can do interesting things with the theme, in my own way.”

The colour palette on the show, Masaba feels, is a lot of greys, whites and blacks, which is what she generally loves. “It’s right up my alley. I loved doing this in a more GoT meets India kind of way.” The line features around 25 pieces in womenswear, eight pieces in menswear and about 20 pieces in jewellery. As far as inspiration goes, it is the canvas and the sigils in the show that has gotten her attention. “The sigils make for interesting motifs. So I did something called Sigil Storm — a print that has all the sigils together on it. Then I’ve used the throne print on the fabric as well. The show features winter-heavy costumes, but I didn’t want to work with leather. So I’ve used a lot of faux leather with gold and silver studs, saris with corsets, long capes with detailing on the belt and even printed on faux leather.”

Masaba adds that  she has included about three saris, because she saw an idea on Instagram about a Lannister-print sari. In the mix are also kaftans, maxis, blazer sets with sheer kurtis underneath and for men, you have a long shirts with dhotis. Although she loves working with gold, for this line she has stuck to reds, black and whites and ombres for her jewellery collection.  How wearable are these pieces, we ask? “It’s a larger than life collection, yes. But I don’t mean not commercially viable. Everyone can wear these pieces as separates. It’s a collectible at the end of the day.”

Available  at House Of Masaba stores pan India from May. Starts at `20,000.