Handspun and handwoven, TaanBaan brings its signature khadi and silk drapes to Chennai

A regular to the city, Rta Kapur Chishti has often visited Chennai mainly for research purposes and as the mentor for the sari draping workshop run by her institute The Sari School. However, this time around, the designer is set to unveil a new collection of drapes, dupattas and running blouse fabrics from her brand TaanBaan, at Amethyst starting August 7.

Colour story
In colourful shades of ivory, red, orange, pink and blue, the exhibition will put on display the brand’s signature textiles: organic desi cotton and silks like tussar, eri or muga. 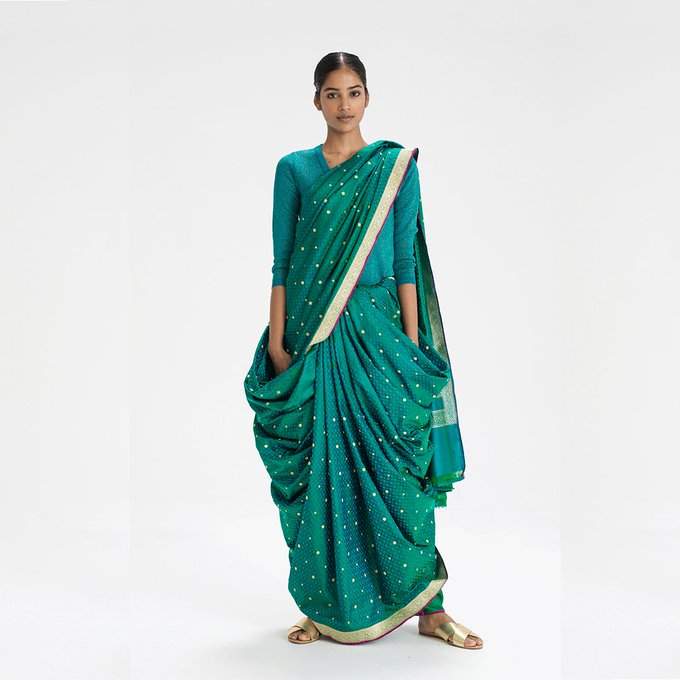 “The khadi collection is made from organically cultivated cotton that we grow, clean, card and spin,” explains Delhi-based Rta, whose drapes even found a spot in the Museum of Modern Art as part of an exhibition in 2018. This eight-year-old brand was started as an initiative to create a global marketplace for Indian ‘handspun-handwoven textiles’. In keeping with that thought — the silk collection uses low twist Karnataka silks that have a softer finish and better drape when compared to the taut China silk.

Take a cue
Employing techniques that cannot be cost-effectively imitated by mechanised mills, most drapes either have a jamdani inlay or make use of the three-shuttle weaving technique for its design elements. “Three-shuttle is a technical device that is used when you want a pure colour on a sari. Two shuttles are employed for each of the borders and one for the body. The shuttles interlock at border edges facing the body, to create gopuram-like forms which can have many variants in shape,” she says, adding that the method is widely used in regions of Tamil Nadu like Vilandai to achieve contrasting colours. 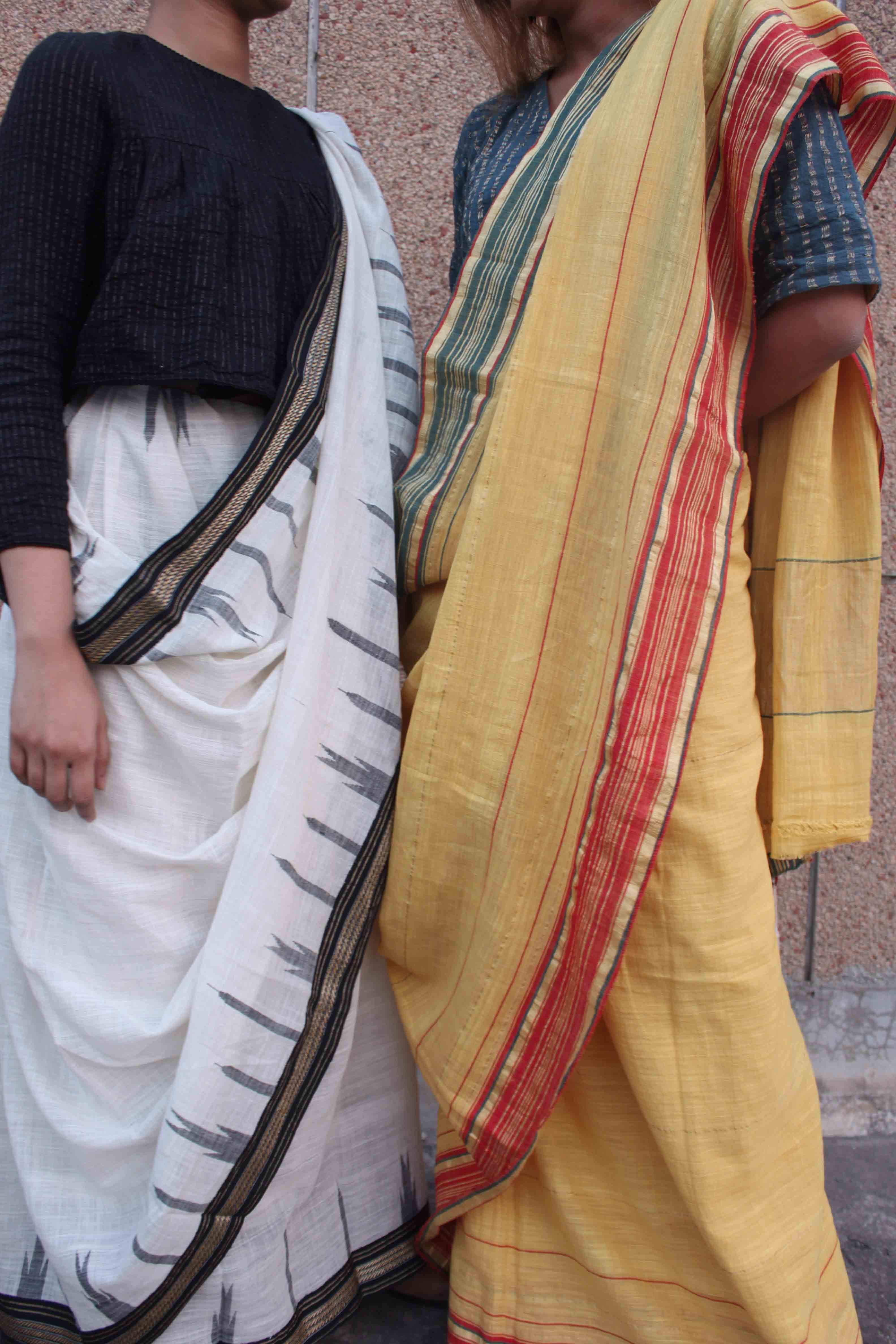 The reboot
Placing the focus on fabric texture, innovative use of colour and motifs, the textile historian, who has catalogued the history and artistry associated with weaving into a compendium titled Saris of India – Tradition and Beyond (1984 – 2010), credits her aesthetics to her seminal work with renowned textile conservationist Martand Singh. Subscribing to his design philosophy of down to basics, TaanBaan also celebrates minimalism. “Minimal design has always been part of our culture. Consider Tamil Nadu. The state has always created sophisticated and classic clothing like the plain white veshti with the narrow-coloured border or the early Kanjivaram saris that had a plain body with zari embroidery only along the borders.” 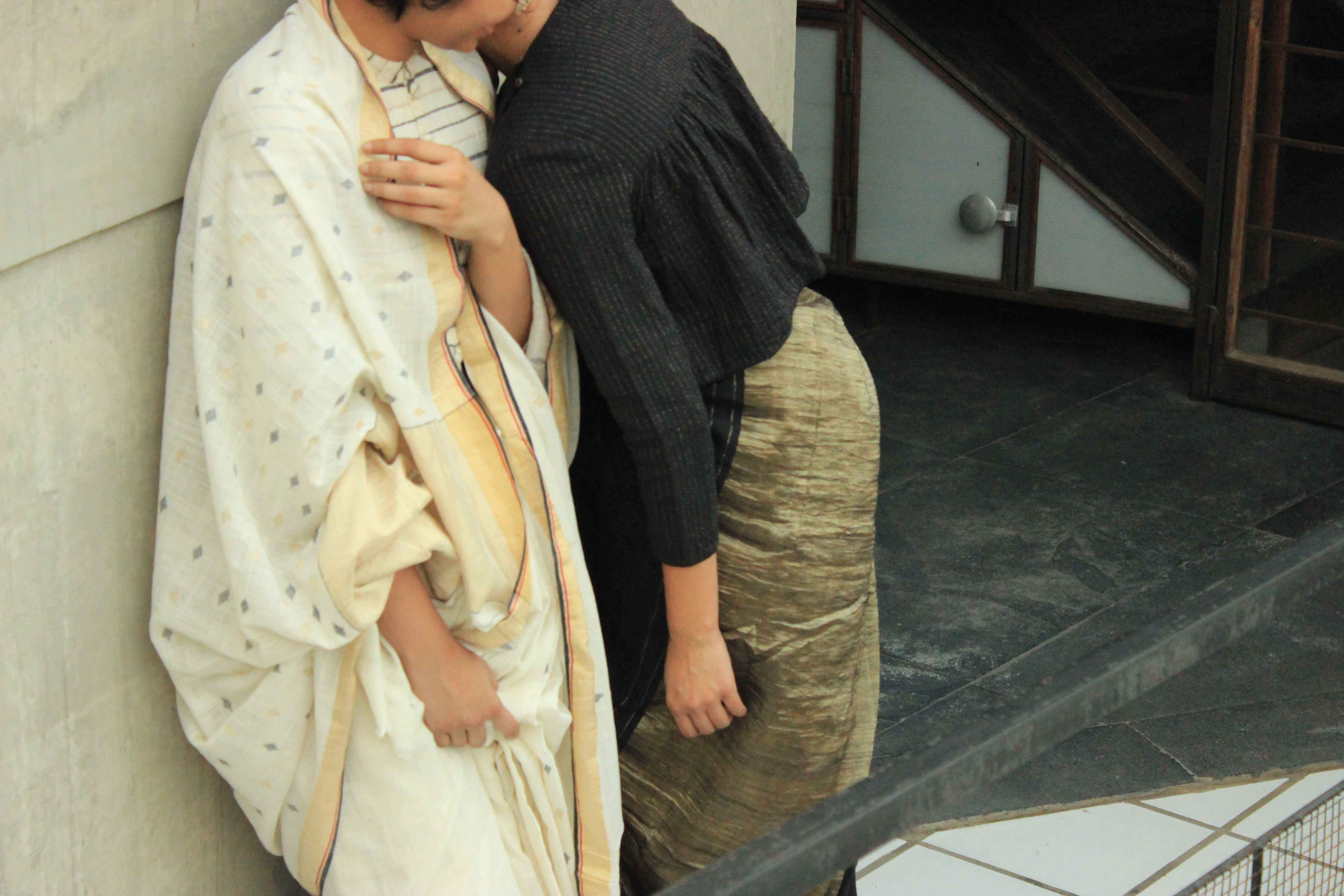 A strong advocate for modernising technique, Rta believes that Indian textiles and their motifs do not need to be contemporised. “You don’t have to create a new variation of an older design. It’s about understanding how to employ the best techniques  in myriad ways.”