Nachiket Barve has always been a woman’s man. On the runway and off, he has created many a look for the likes of Anushka Sharma, Liz Hurley, Janhvi Kapoor; always keeping women at the core of his design philosophy. But, there always comes a time in the history of a label the need for a collection that captures a story from the life of its creator. These details are telling in Nachiket’s men’s capsule collection that launched recently at Curato in Mumbai. “Being a womenswear designer, I wouldn’t be able to wear my own collection. I wanted to create something and dress in such a way that would add a special something to me... that would work for me and not be OTT,” he says, over a call, on the sidelines of the unveiling. 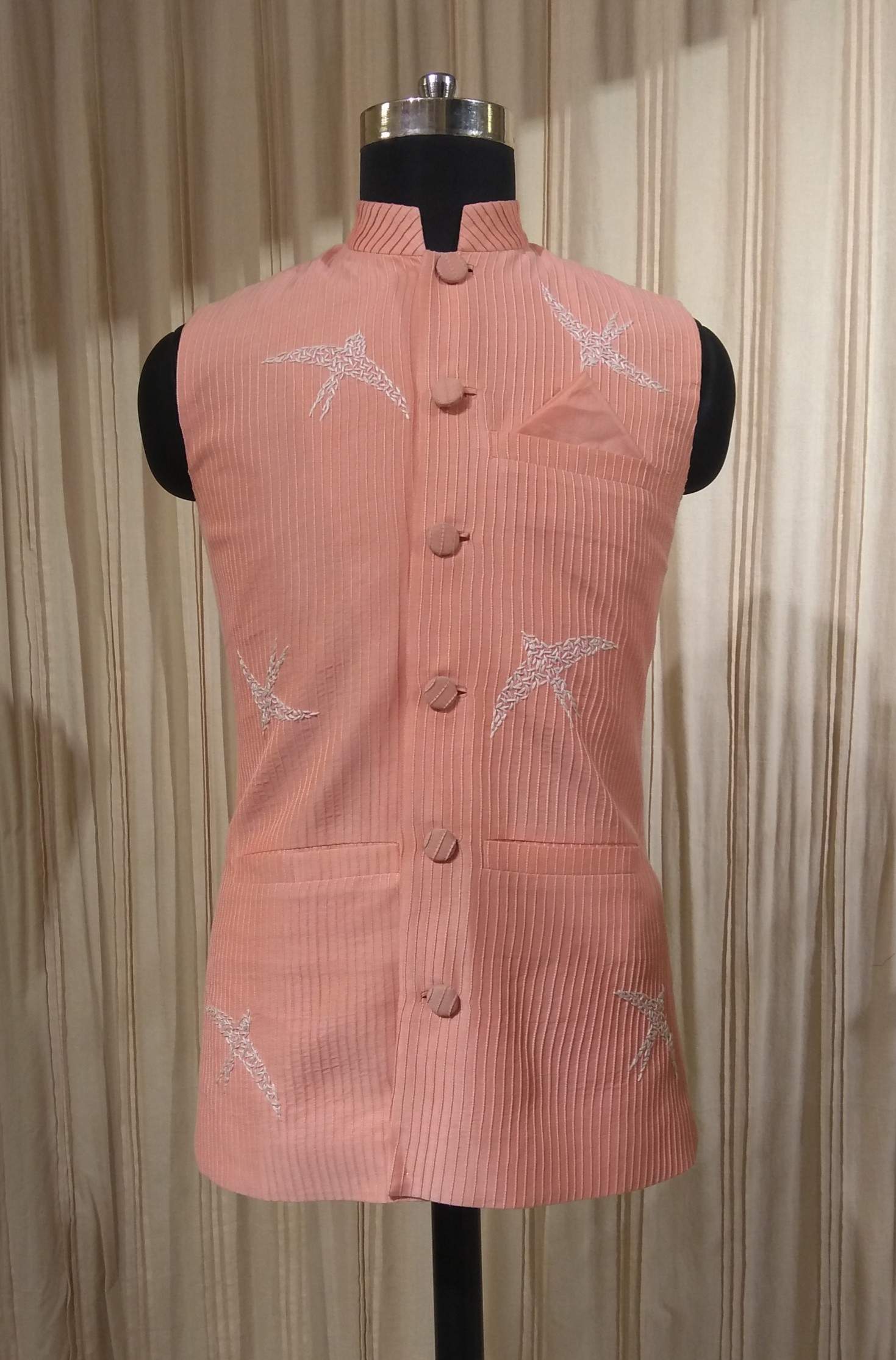 Point of view
Although, following cues from his previous women’s collection like Tulips that looks at the work of 17th Century Dutch master Ambrosius Bosschaert, this capsule collection draws selectively on elements that can be transposed onto male silhouettes—like embroidery and texturing. “I really enjoy surface embellishment.“(A proven fact, with some of his wearable art featuring over 1,200 hours of handwork). “I have used details like the insects and flowers from the Dutch painter on the bundis.”

Tell all
Most stylish thing I own: A watch that was given to me by someone special for an occasion. It is a Cartier Santos limited edition.
Earliest fashion memory: Looking at pictures of Linda Evangelista in fashion publications while growing up.
Most stylish man I have ever met: Can I pick three? Amitabh Bachchan, Rahul Khanna and  Prince Padmanabh Singh from Jaipur.

Describing his line of separates, that include short and long kurtas, bundis, churidars and pants, as Lego blocks that can be mixed and matched, Nachiket says the collection is more of a curation for a certain kind of man. The kind who’d appreciate inspiration “as esoteric as Alfred Hitchcock’s The Birds, that translates into motifs of twirling swallows.” 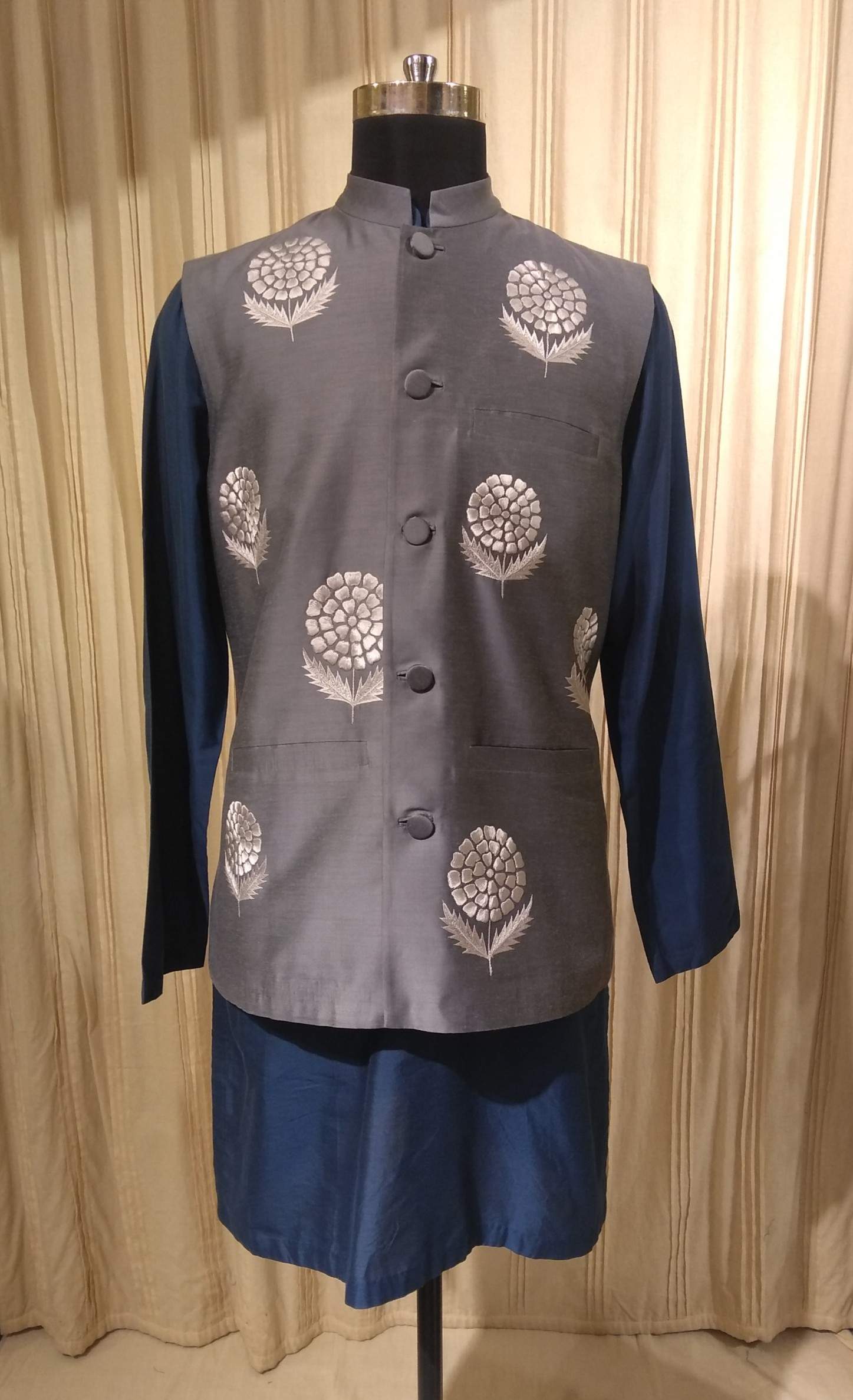 Colour me handsome
Apart from the intricate detailing and embroidery, a colour palette for both day and night looks  including hues like pink, lime green, aqua, bright yellow, in addition to subtler black and dark blue, are all a part of the collection. Picking the use of colour, as perhaps, the biggest trend in the men’s fashionscape, the Mumbai-based designer attributes this evolution to the sartorial sensibilities of stars like the outlandish Ranveer Singh or a classic Abhishek Bachchan, who Nachiket has dressed. “Metrosexuality and gender neutrality are now overriding influences, as opposed to just being a theme.”

Promoting his womenswear and bridal line, the designer has his hands full with the capsule collection, home linen collaborations and is currently working on the costume designing for the period film, Tanaji that stars Ajay Devgn, Saif Ali Khan and Kajol.