To describe the average sneakerhead as someone who is an artist, plays basketball and listens to underground music would be to oversimplify the essence of sneaker culture. Though globally, sneakers have been tied to these associations and are an intrinsic part of street culture and hip hop, Anand Ahuja, co-founder of multi-brand sneaker retailer VegNonVeg, and  actor Sonam Kapoor’s husband, believes the subculture’s prominence in the subcontinent has more to do with India creating its own narrative rather than complying with the standardised tag.

“The country’s sneaker culture has grown outside the confines of what has come to be known as popular street culture. Basketball and skateboarding are not indigenous to India. I think our love for sneakers comes from men becoming increasingly aware and experimental with fashion and looking for new avenues of self-expression,” begins Anand Ahuja, who, along with partner Abhineet Singh have been critical to the widespread adoption of sneaker culture in the country. Throwing their design sensibilities into the global mix, the duo’s sneaker brand VegNonVeg collaborated with sports giant FILA, and unveiled a collection of limited edition kicks inspired by an item ubiquitously Indian—the household masala dabba. 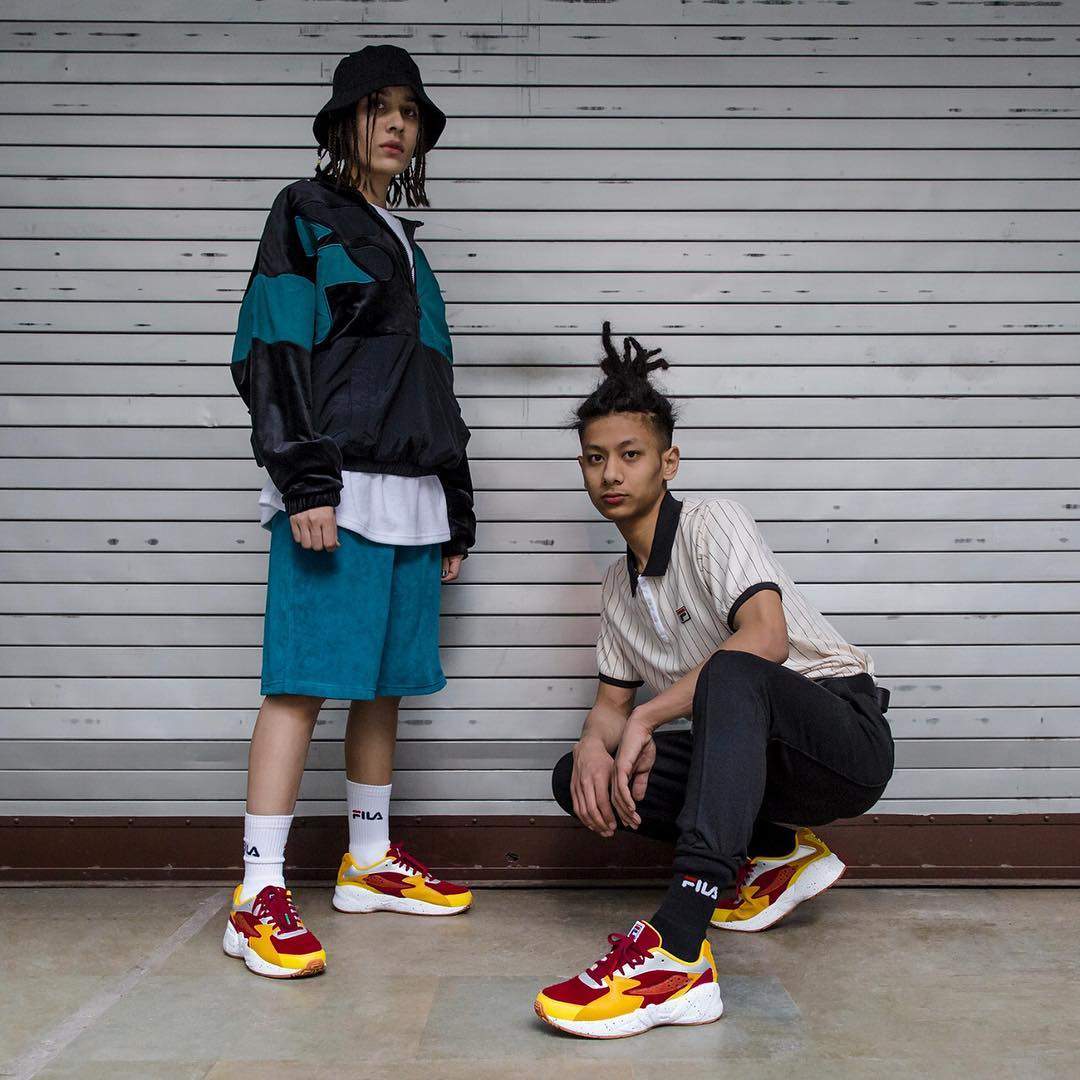 Masala magic
Shaped by the varying colours, smells and textures found in the Indian spice box, what sets this limited edition Masala Box Mindblower sneakers apart is, that they aren’t your basic entry level monochrome kicks. Rather these sneakers are loud and sport a neon colour scheme that resembles curry powder, turmeric, ground red chillies and even what looks like a smattering of pepper on the white soles. “The last thing you want to do with your design is to play it safe. It was important for us to come up with a strong concept that tied in with a story,” he explains, adding, “Unless you are sold on the story behind the sneakers and are confident in your sense of self-expression, these shoes are tough to wear. If you get it — great. If you don’t, you don’t.” 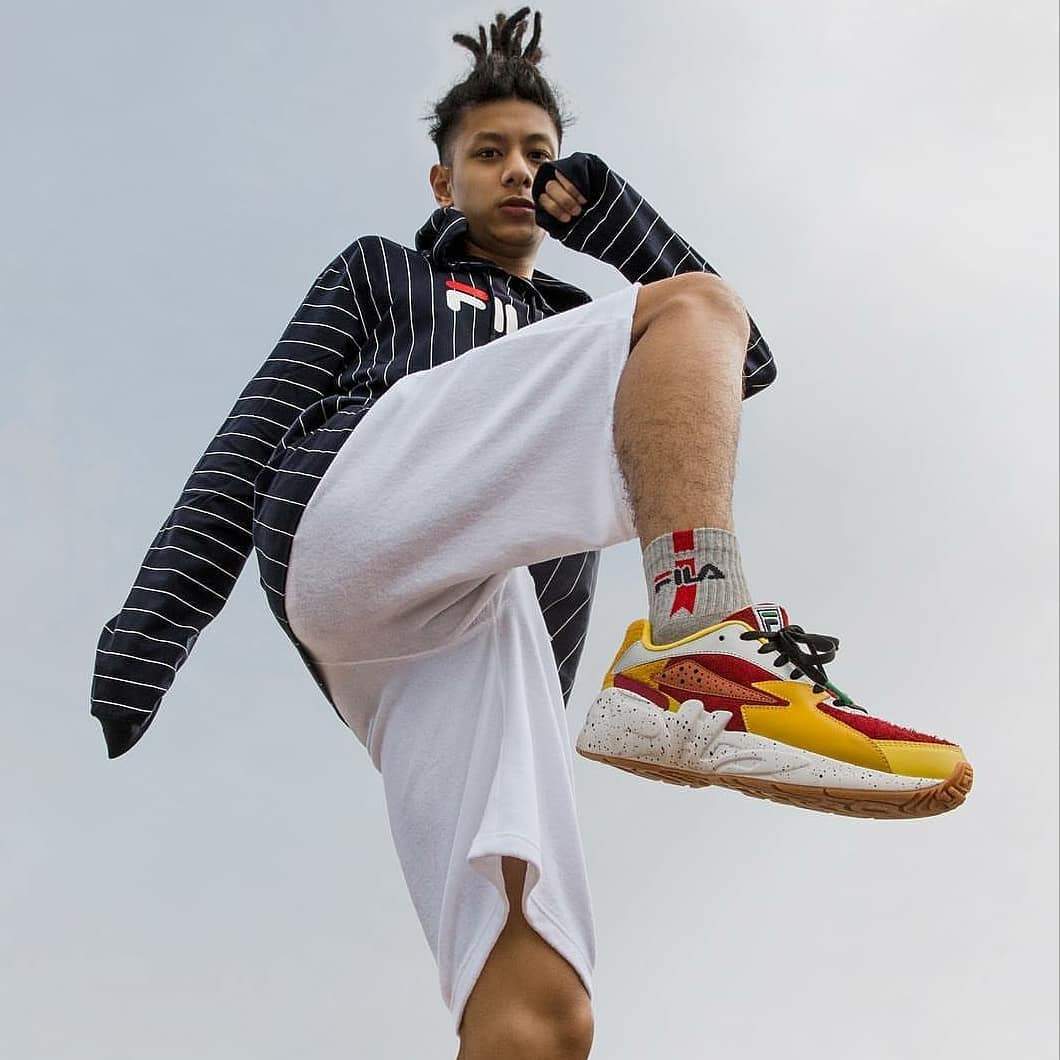 Craft focus
As Indian-born and raised entrepreneurs, who are products of their environment, the masala box wasn’t the only design inspiration that the duo dabbled with. Craft techniques including embroidery and hand block prints were under consideration, we learn. “These are some ideas that we will consider using for upcoming releases. We weren’t able to convert them into designs because for most of the collaboration we were working remotely. Finding the perfect mix of materials and textures for these sneakers were, perhaps, our biggest challenge,” admits Anand, talking about the project that has been in the works since the end of 2017.

What is the most valuable pair of sneakers you own?

It’s certainly not the most expensive pair, but it has to be the white Nike Flyknit Trainers that I wore for my wedding. The design was introduced in 2012 and it was the first time a brand was using knit in a shoe.

A pair of kicks you can’t wait to own?

Adidas Futurecraft 4D. They are 3D- printed shoes. I couldn’t buy them earlier when they released. I’ve just ordered them!

■ OG — Original. Not a re-release, but the first time a shoe released.

■ Retro — A model that has been re-released to the public.

■ Beaters — Well-worn, likely older model of shoes that has some significant wear and tear.

■ Grails — A pair you need to have before you die.

A first-of-its-kind collaboration with FILA that afforded the creation of offerings customised to localised appeal, VegNonVeg is now considering the prospect of introducing sneaker caps, “...that are perfect for the Mumbai rains.” It is these little quirks that will allow India to create its own sneaker narrative. Sneakerheads are always driven by a story,” shares Anand, a self-confessed sneaker geek. 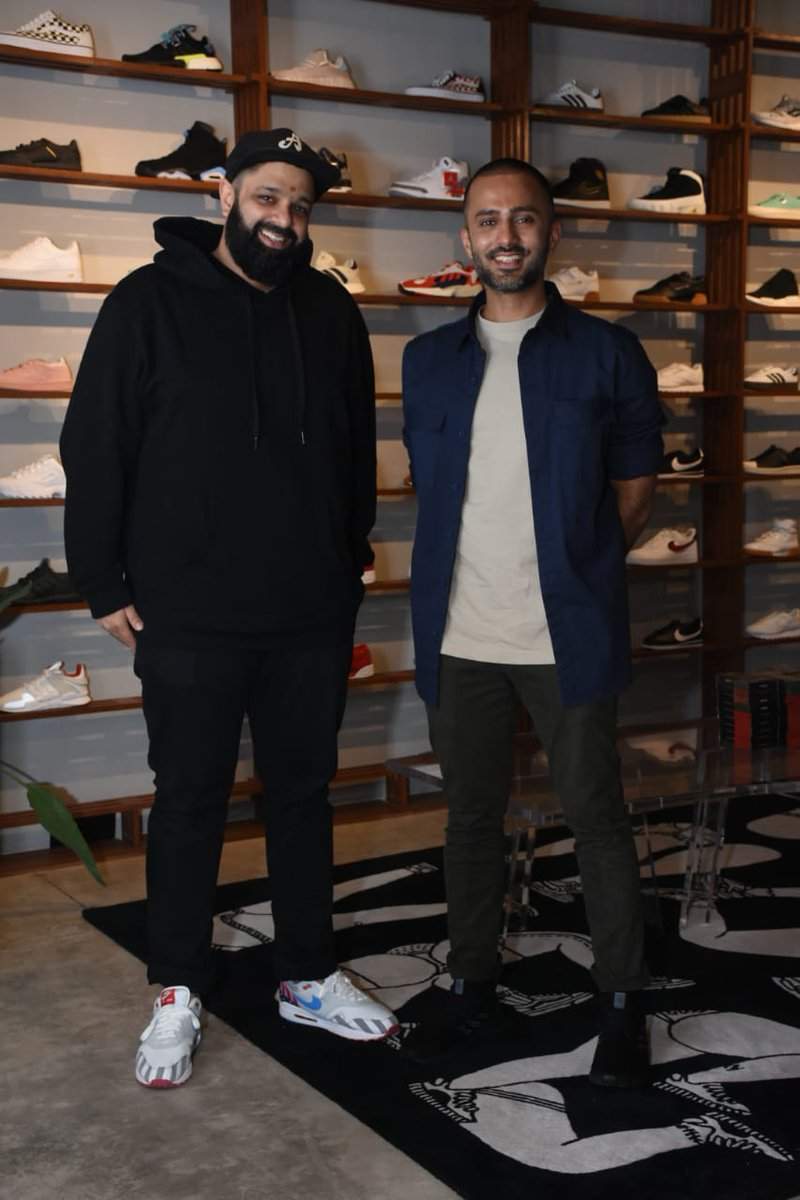 Brick-by-brick
Launching the 100 pair limited edition at their first store in Mumbai, Anand confesses that Abhineet and he prefer bricks over clicks. “It’s never been about the sales for us. I’ve loved sneakers for as long as I can remember and we want to help develop India’s own story of sneaker and street culture. The stores are a place for like-minded individuals to meet, collaborate, discuss and debate.”

Convinced that the VegNonVeg stores have a viable proof of concept, the brand is set to open its first South Indian store at Bengaluru, latest by June, and plan on having a curated selection of music on vinyl, books, art and apparel for sale.

We spoke to FILA’s creative head in India, Abdon Lepcha on the collaboration:

1. FILA’s mindblower silhouette is from your 90s archives. A lot of brands including Reebok are going back their heritage styles, why do you think retro is a trend?

Last year we saw the come back of the chunky sneakers that were a staple in our dad’s closets. I feel the trend to go back to past archives has to with this generation’s attachment and sentimentality towards a time in which they were growing up. These silhouettes are representative of their feeling of belonging to an era.

2. To what do you attribute this sudden uptick of sneaker culture in India?

India is no longer just a cricket loving nation. The country is open to accepting other cultures and music and that has translated into a new trend, not just in India, but globally.