Combining contemporary designs with lesser known traditional crafts is something that Shades of India has become synonymous with. So, when the creative head of the New-Delhi based label, Mandeep Nagi reveals that her festive range, Jugni has been in the pipeline for almost two years, one can only imagine the human resource and the number of hours that have gone into its creation. “The people who have worked on the collection are in the thousands. Portions of the line were completed in Punjab, while parts of it were put together at my work area in Delhi,” begins the designer, who has helmed the brand for 25 years.

Above the fold
For Jugni, the designer drew inspiration from a variant of the gota patti that is found in the Punjab region. “It is believed that this Pakistani embroidery originated in Punjab before it spread to the neighbouring states. The version that we have used is a lot like origami, where a piece of metallic ribbon is hand-twisted and folded to create patterns,” explains Mandeep, talking about the collection that is a lot more embellished than most of their previous lines. Using copper tapes that are plated with silver and gold, the major motifs include butas, jaals, creepers, geometric patterns and paisleys that are sewn onto the base handwoven fabrics — silk, tissue and silk velvet. 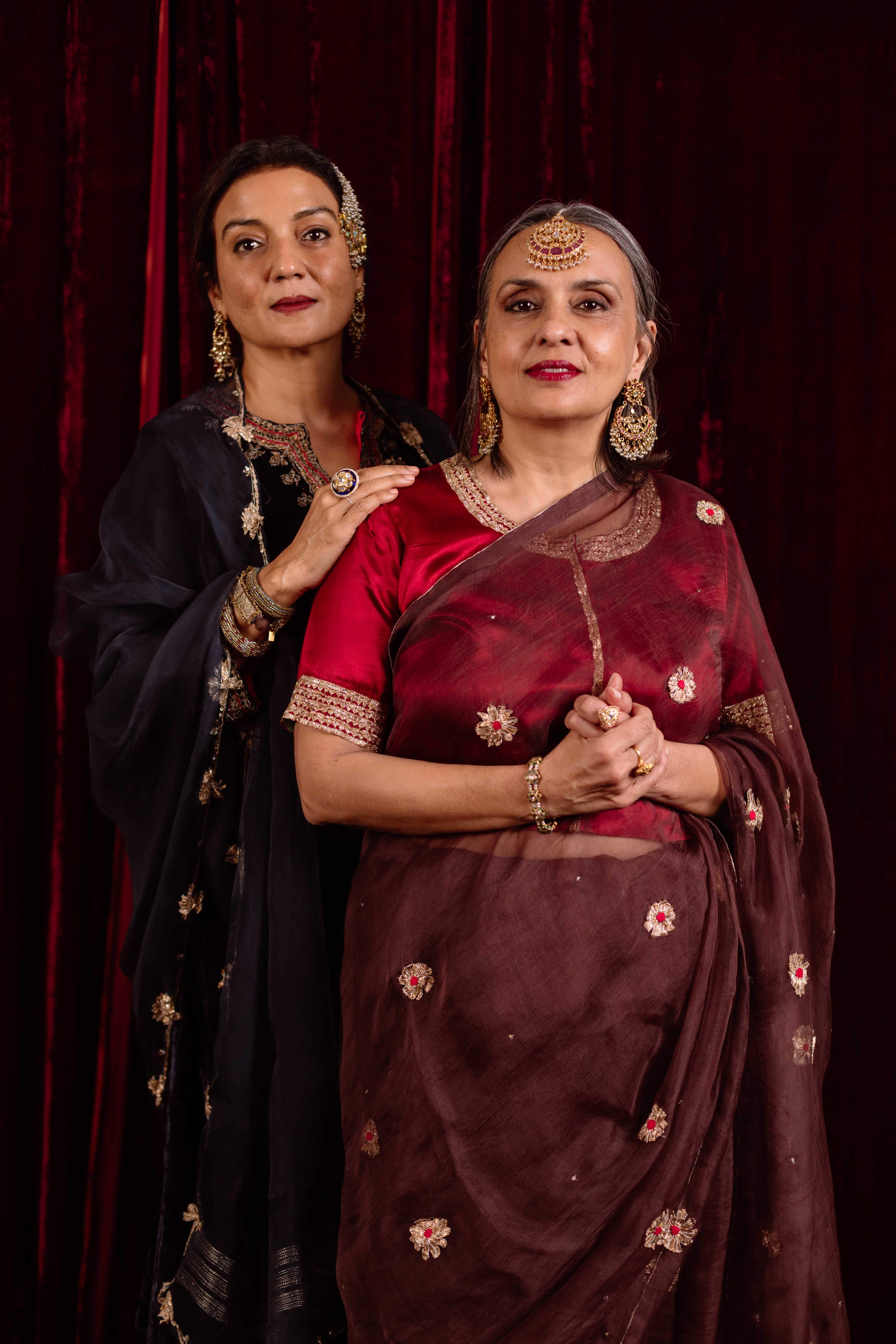 In full measure
An assortment of Winter/Festive apparel that includes variations of kurtas, pyjamas, saris, blouses, shararas, skirts and dupattas, the line boasts a massive range of 75 styles. Extending their colour palette to deeper and darker hues, Jugni also has five colour stories of red, blue, green natural, olive and purple with each shade further extending to seven to eight variations in tone. “We aren’t like traditional designer boutiques that make four or five pieces per style. Our work must generate livelihood and cover a wider strata of society. We deal with designs on a much larger scale, all the while making sure that each aspect is handmade.”

Unconventional wisdom
No stranger to taking the alternative route, the designer who had chosen women from the red-light district of Mumbai for her LFW 2017 showcase, once again has everyday women like Malavika Rajkotia (a lawyer and author), Sonya Khan (a member of Mandeep’s core team) and Meher Varma (an anthropologist) donning her ensembles for the lookbook. “I was inspired in part by Amrita Sher-Gil and these women embody the idea of Jugni — strong, fierce, unapologetic, yet feminine and charming.”