From mushrooms as motifs to Rumi’s verses in Morse code, Hyderabad's label Ilamra is all about giving Kalamkari an edgy twist

With the aim of giving Kalamkari weaves an edgy spin, the designers of city-based label Ilamra have launched their latest collection, Unmissable 2.0. Two sisters in their early twenties Yashila and Trishala Nara, who helm the label, say that apart from the handspun fabric, they also wanted to relive their love for travel and nature with their new designs. The colour palette has been chosen with the coming months of spring and summer in mind. They range from blue, ivory and ecru. The silhouettes are versatile.

One can expect day dresses with a European spin and a mix of anti-fit tops. “The whole idea was to make Kalamkari look as global as possible,” says Trishala. The capsule includes blazers, crop tops, paperback shorts that are tied at the waist and wrap skirts as well. “The prints are inspired by our travels to Kerala and Goa,” says Yashila. One of the chief motifs she is presently working on is inspired by an abandoned mushroom they spotted on the road during their trip to Goa. 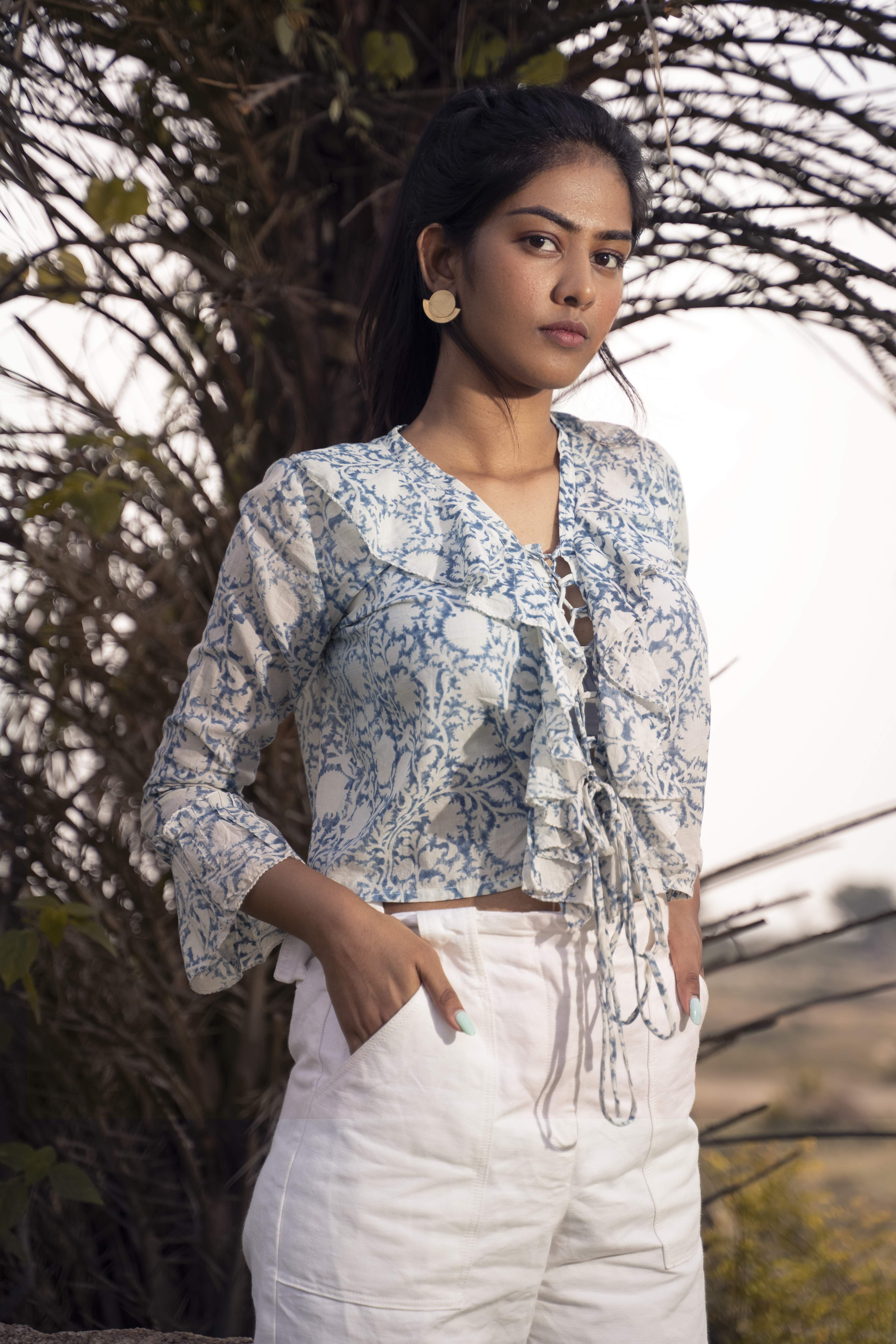 That apart, there’s a lot more to look forward to from this label. They are developing printed blocks for their upcoming venture in February, which is edgy and poetic at the same time. And then comes the unexpected twist! Yashila says, “Expect to find lines from William Shakespeare’s plays and verses from Rumi, on the outfits that are translated into Morse code.” The duo mention that they are also open to taking pre-orders for bespoke outfits with this block print.