With couture week going online for the first time, labels have been looking for ways to recreate the magic of a live runway showcase. Luxury fashion house, Dior opted to tell its autumn/winter 2020 haute couture story by way of a beautiful fashion film, Le Mythe Dior.

The whimsical fashion film, directed by Italian filmmaker Matteo Garrone, follows the journey of the haute couture collection in miniature versions inside a doll’s house-like trunk. As the trunk travels through the forest it is discovered by a series of woodland nymphs, who are later seen wearing the full-sized version of the pieces.

“Surrealist images manage to make visible what is in itself invisible,” explains Dior creative director, Maria Grazia Chiuri of her autumn-winter 2020-2021 haute couture collection. “I’m interested in mystery and magic, which are also a way of exorcising uncertainty about the future.”

The miniature haute couture designs also pays homage to the Théâtre de la Mode - a travelling exhibition of small-scale mannequins by French couturiers that traversed between Europe and America right after the war in 1945 due to wartime shortages. Much like the current unprecedented time, which has seen ateliers closed for periods of time due to the pandemic lockdown.

"These dolls were then shipped all over the world and the idea was to promote the idea that French haute couture was very much still alive," she explains. "The idea at the base of it all [for this Dior film] was to try and create a real collection but as a scale model." This idea saw the Dior haute couture ateliers craft miniature versions of the 37-piece collection to fit a mannequin standing 55cm tall, as well as full-sized versions, which the mythical creatures model in the film. 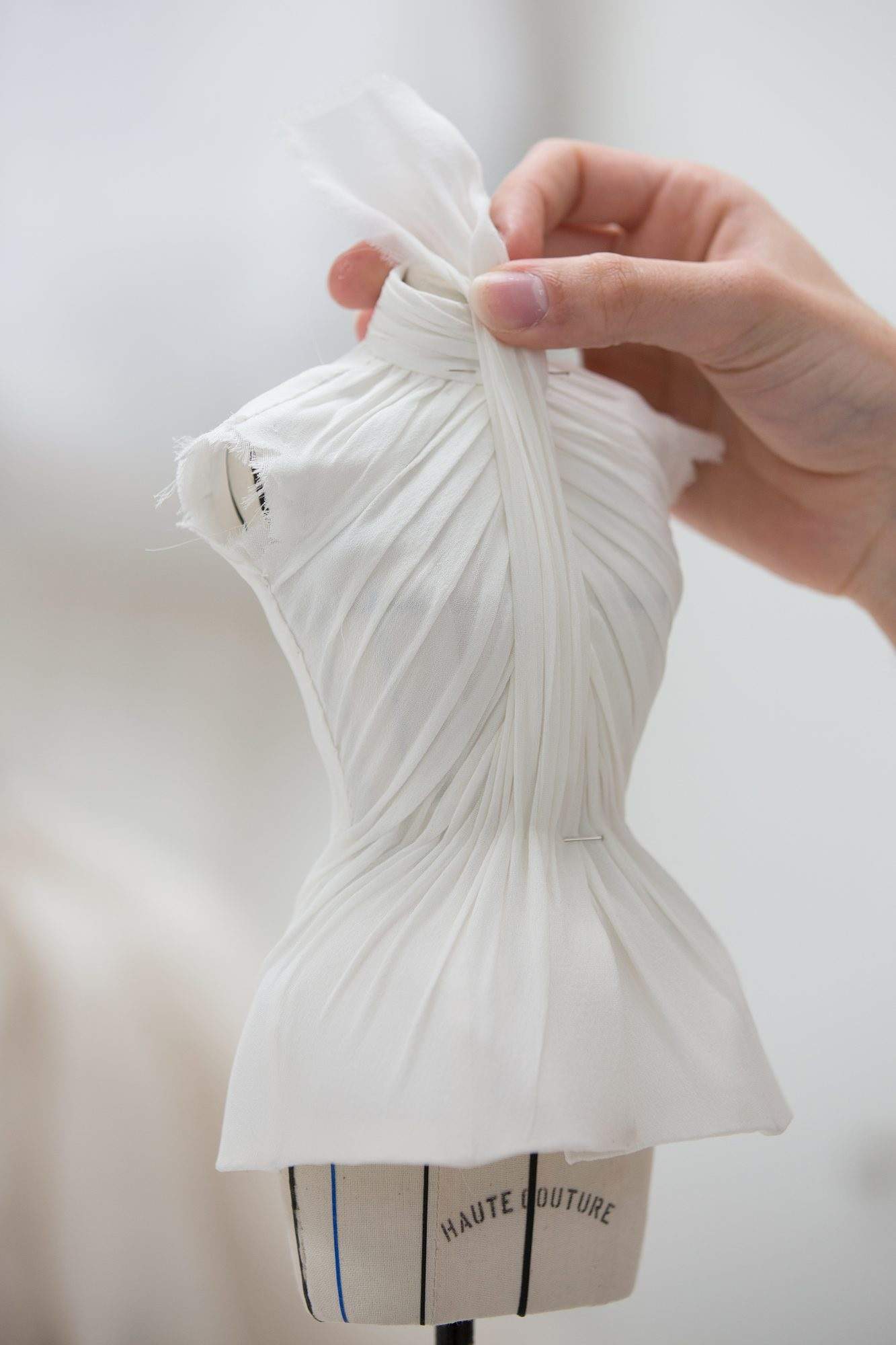 For the collection itself, Chiuri took inspiration from the work of female Surrealist artists such as Lee Miller, Dora Maar and Jacqueline Lamba, who she explains “transcended the role of muses to which their beauty had initially relegated them in order to champion – in their lives and surrealist works a different femininity”.

While the cinematography has received much praise, the lack of diversity in the casting has been called out. Especially in the wake of the Black Lives Matter movement. Just last month, the fashion house stated that it was “allies in the fight against racism,” but the all-white cast doesn't seem to reflect the sentiment.