Gucci has launched a line of select clothing and accessories as part of its Epilogue collection. The pieces are inspired by the work of American fashion designer Ken Scott, who lived in Milan in the ‘60s and ‘70s. Known for his colourful and vibrant printed fabric, he was called ‘the gardener of fashion’ as he leaned towards flowers such as peonies, roses, poppies and sunflowers. Some of these prints make an appearance in Epilogue’s clothing and accessories, from down jackets to evening gowns, silk headbands and bags. “Ken Scott was a really great creator of fabrics,” says Gucci Creative Director, Alessandro Michele, adding, “He mapped out flowers with romanticism and flowers into pop culture. He treated flowers like shop signs, he multiplied them, turned them into something that stood out. I like his work because I am obsessed with floral prints.” 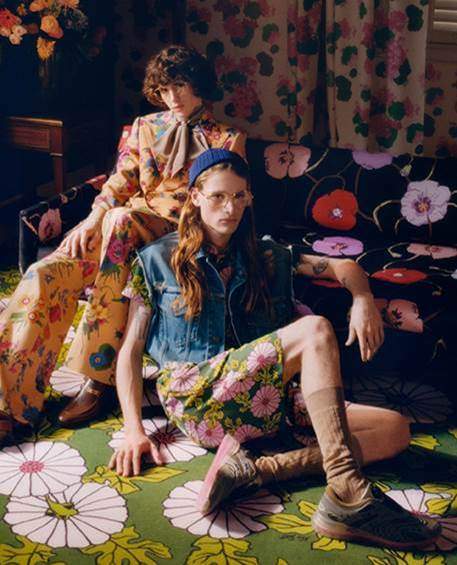 The campaign, which is set in an equally colourful room with patterns and floral arrangements, is conceived by Alessandro Michele and photographed by Mark Peckmezian. The wallpaper, curtains, tablecloths and cushions shown in the campaign have all been custom-made from Ken Scott’s patterns.

In addition, there will also be a special episode on the Gucci Podcast which will feature Shahidha Bari, a writer, academic, critic and Professor of Fashion Cultures and Histories at London College of Fashion at the University of the Arts London. She will share a story about the American designer’s life, his work and legacy.