It isn’t just the designs or the colour palettes that make Kankatala’s saris a treasured addition to your wardrobe. It is the label’s keen sense of preserving history and legacy that makes many of its pieces stand out. Established in 1943 as a store by Kankatala Appalaraju in the town of Vishakapatnam, the idea for the brand started three years earlier in 1941, when Anirudh Kankatala’s (the third-generation entrepreneur) grandfather would travel on his cycle throughout Andhra Pradesh understanding the state’s weaves and its cultural significance, before curating them for retail. Close to eight decades later, the brand’s love for research and storytelling still remains.

As part of their debut showcase in Chennai, Kankatala brought to the city their thematic collection titled Queens of Andhra —  where they re-imagined the dressing styles of queens from the Telugu-speaking bastion and created ensembles inspired by their individualistic dressing style. Now, for their second pop-up in Chennai, Anirudh tells us that they are set to introduce Tamil Nadu’s favourite sari weave, albeit with a twist — bandhani on Kanjivaram. “While the collection is close to seven months old, this is the first time we are bringing it to the city,” shares Anirudh, creative director. Twist of tradition
Now, if you are wondering why it’s taken the brand nearly half a year to showcase these drapes in the city, it is because a single piece of this limited edition line takes nearly that entire time to make. Woven as a slightly thinner and more pliable variant of Kanjivaram from Kancheepuram, the saris are then sent to Kutch for the tie-and-dye process. Offering a unique set of motifs, these drapes combine the mythological patterns, often found on the border of a Kanjivaram silk, like hamsa, kalpa vriksha, and the yalli with the geometric leheriya, mothra (double leheriya) and more. “The entire process is handcrafted. Most of these weaves take a minimum of six months to two years to be completed,” informs Anirudh, adding that the Chennai showcase will put on display about 25 of these pieces. 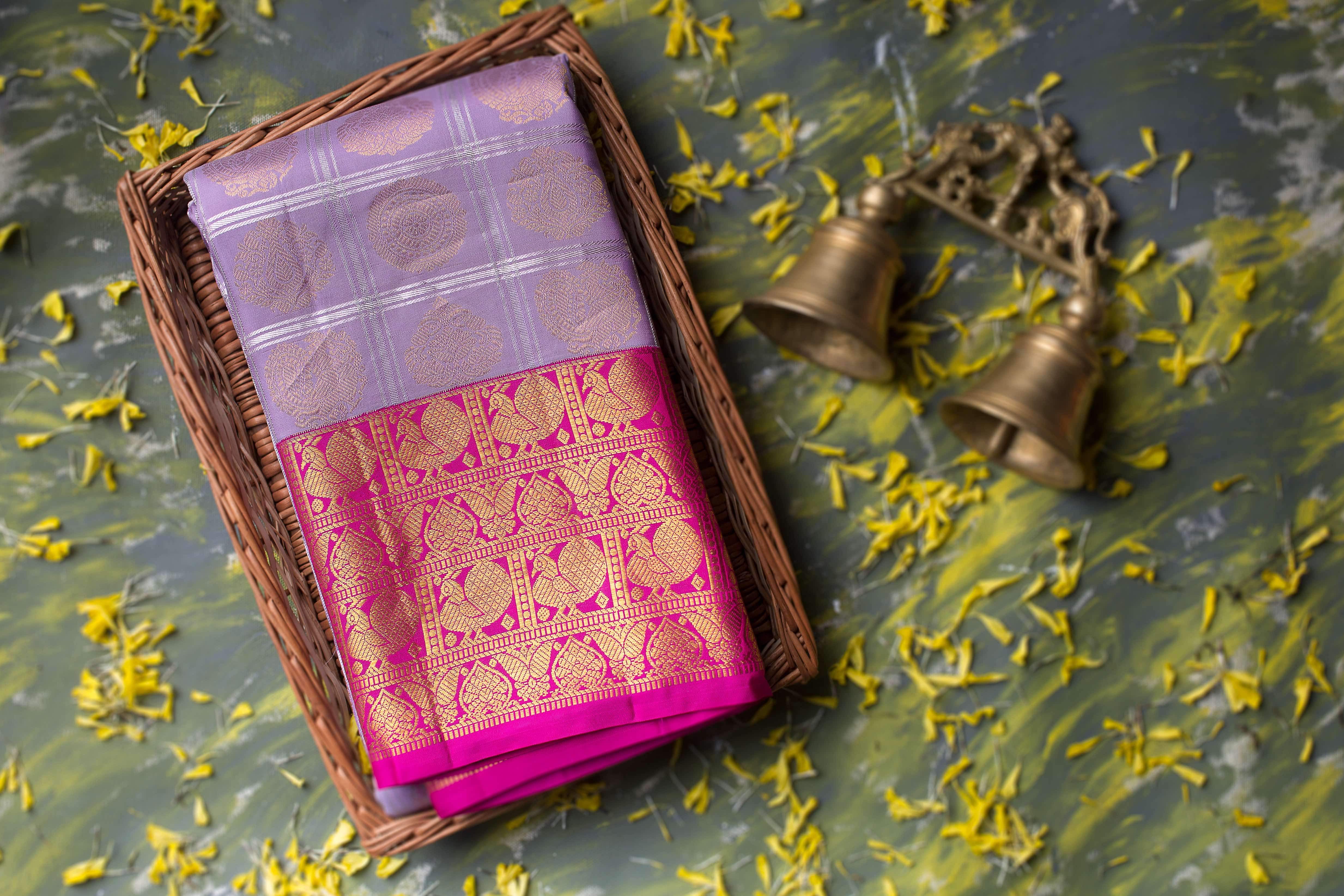 Two and two
Also available at the two-day event are two other rare yarn hybrids — patan patola and paithani — with bandhej. The paithani sari — with its bright colours, gold tissue borders, pallu, and signature motifs like the mor bangdi mirroring nature — is the perfect choice for a festive occasion, while the double ikat weave is known for the dexterity with which it is woven.