Bring in a little ‘swag’ to the age-old tradition of Vishu kodi by opting for the richly embellished creations from Srishti Kataria. Her quirkily named Swantham Swag imprints the familiar Kerala sari with blocks and colours from around the country, and sometimes even places like Germany and the US.
Srishti explains how she happened on the idea which quickly found takers in the market. “For North Indians, white is culturally associated with mourning and my Punjabi mother was taken aback when she saw me adorned in a white Kerala sari for Onam.” 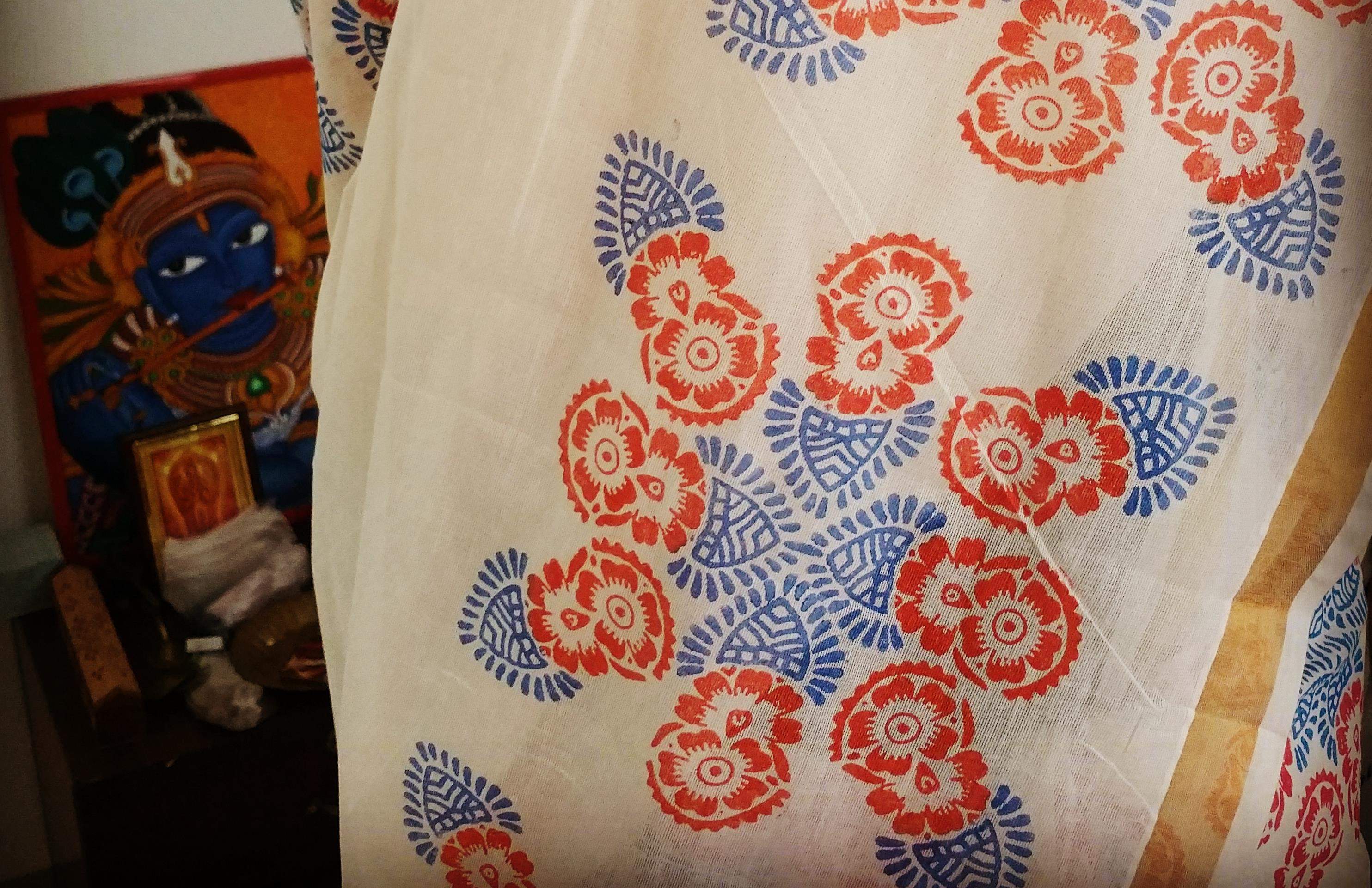 This forensic scientist-turned-designer did not just switch her profession in the name of passion. Right from the start—when she started out by “Punjabifying” the Kerala sari with bright colours—her travels have come to her aid.
“Everything has the power to inspire if we’re but open to ideas. I learned the art of phulkari (a Punjabi form of embroidery) from artisans in Patiala and how to make patterns with vibrant dyes from Delhi,” the 30-year-old reveals, as she prepares to launch her new line, which uses techniques like batik and shibori with imported natural dyes. The creator’s eccentric experiments use day-to-day objects like a chai glass—to imprint simple-yet-catchy motifs like foamy soap or even the backwaters. Shristi hopes to feature the weaving culture of each Indian state, starting with the April summer collection showcasing Sikkimese elements along with kasavu.