Shuttle differences: HandsofIndia celebrates textiles at a pop up

With the revival of textile crafts on the agenda, design labels are working overtime to promote the country’s handcrafted traditions.  The city, which saw a flurry of activity last week, thanks to the Crafts Council’s annual Bazaar, will now play host to Vrindaban-based brand HandsofIndia (HOI). Making their city debut with a four-day exhibition starting tomorrow, the label, which has actively worked with weavers and hand-embroidery groups since 2010, will showcase handwoven saris, Indian and Western wear and an array of hand-embroidered dupattas from across 50 artisan clusters in India. 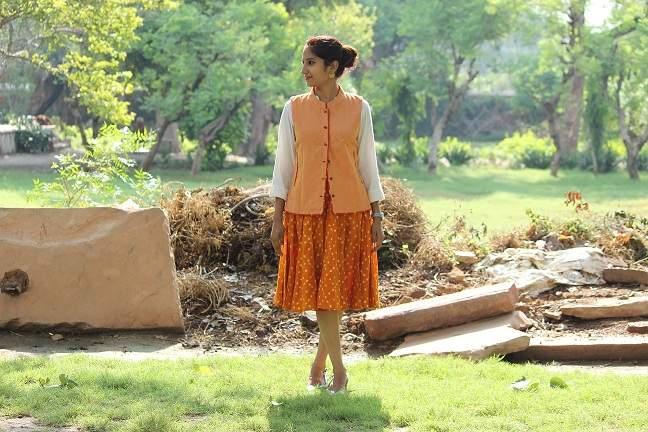 The collection on display here puts the spotlight on the surface technique of hand embroidery and will feature 10 crafts, including phulkari from Punjab, chikan, pattiwork and aari from UP, kashida from Kashmir and kasuti from Karnataka. “HOI works majorly with woman artisan clusters, who make very fine embroidery. Which is why the exhibition is biased towards embroidery,” says director Ramya Rangacharya.

The collection includes saris, kurtas, tops and trousers featuring a range of blockprints like ikat, kalamkari, jahota and daabka ajrak as well. “While these surface techniques were originally practised on ethnic drapes, newer silhouettes and Indo-Western cuts form a large part of the demand,” she says. Catering to popular tastes look out for reversible jackets, culottes and dresses that are Indian at soul.