Do or Dye: All about Rouka’s latest collection

Despite all that he learned at NID, it was a failed attempt at spinning that served as an eye opener to this Kochi-based designer. “As I sat there for hours, trying to come up with something that resembled a yarn, the intricacy of the process became clear to me,” begins Rouka’s founder, Sreejith Jeevan, as he tells us why he took a break from the ramp.“Working with sustainable methods require a deeper understanding of what the artisans are going through,” shares the designer, who collaborated with Aranya, a Munnar-based NGO, for his brand new collection titled In To The Lotus Pond. 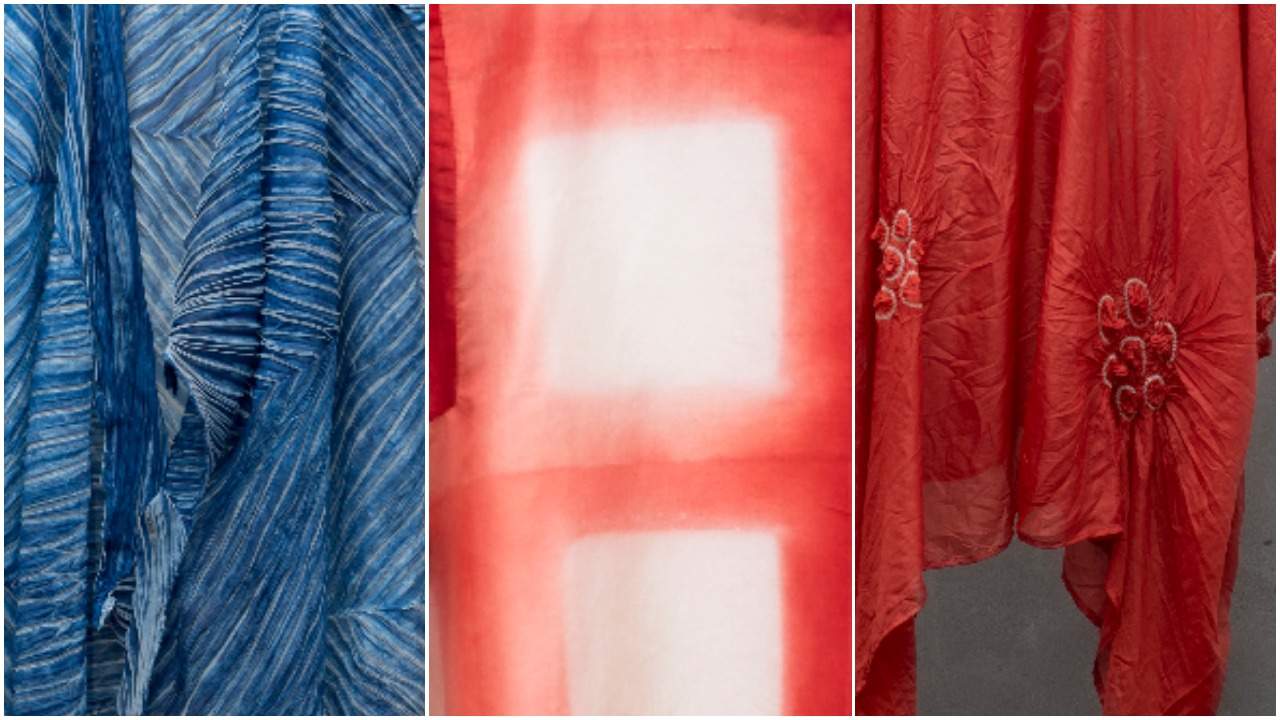 Texture play
Moving on from his experiments with panels, as seen in God’s Own (his 2016 line), Sreejith’s latest attempt explores the possibilities of tie and dye techniques. Crafted with shibori fabrics—made by Aranya’s artisans who use natural dyes—the week-old line sports eight looks created using 16 different pieces. However, don’t go to Rouka expecting prints, as the 20-something has used the technique to create unusual surfaces.“There are so many variations within shibori like the arashi, which lends a threefold texture to the fabric,” explains Sreejith , whose ensemble features materials such as organza and tussar. While methods like degumming are used to make organza crisp and opaque, the shades featured in the collection ranges between indigo and faded red. East meets ease
“The idea of a lotus pond holds a lot of spiritual significance in the Oriental mythology. While our interpretation of the concept is abstract, the circle pattern seen in the outfits are inspired by lotus leaves,” adds Sreejith, whose breezy silhouettes are reminiscent of the Samurai outfits (think exaggerated sleeves).Voluminous in nature, the couturier’s pieces feature minimal stitching/design intervention as he wants to showcase the beauty of the fabric above all. Having officially launched his ensemble via Lakme Fashion Week’s Winter/Festive edition yesterday, Sreejith promises varied styles ranging from kaftans to maxi dresses paired with sheer overlays.