If there is one thing that couturiers like Sabyasachi, Tarun Tahiliani and Rohit Bal always find inspiration in, it is royalty. Adding his name to the list is Allahabad-based designer Abhinav Mishra, whose collection, Sitara, comes heavily influenced by the royal cities of Lucknow and Jaipur. While he may not be a master couturier yet, the 28-year-old is well on his way to making his mark in the industry with patrons like Tapsee Pannu, Yaami Gautam and Vidya Balan, among others. Having launched his sixth ethnic line at his exclusive bridal store, Leela, in New Delhi, the Lucknow-born designer will now retail from Chennai, with permanent rack space at the multi-designer boutique Tifara. Inspired by royal architecture, the collection is a combination of motifs like flowers and intricate dabka thread work in pastel and earthy hues on saris, lehengas and anarkalis. 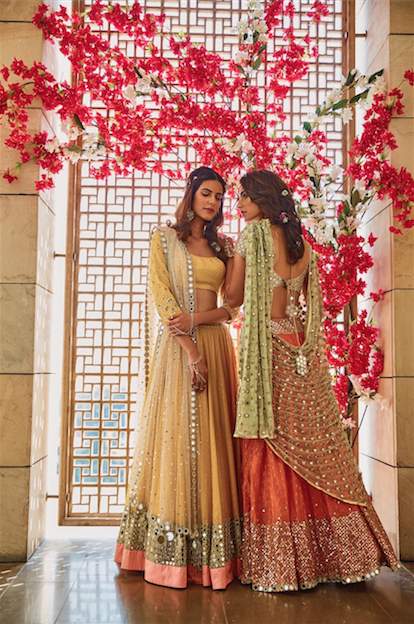 Distinguished by the use of mirrors and heavy hand embroidery only on the dupattas of his ensembles, the designer tells us that this is the secret to keeping his collection lightweight. “If you notice, I keep the surface embellishment on the main ensemble light, with scattered embroidery and small zari borders, while going all out with the detailing on the dupattas,” he explains.
While the collection has pronounced overtones referencing royalty like the rose and bird gardens, Abhinav says that the line was created for the under 40 demographic. “Maybe, that will explain my fascination with Alia Bhatt. She would be the ultimate woman to style. She is young, chic and lively,” he says with a laugh. 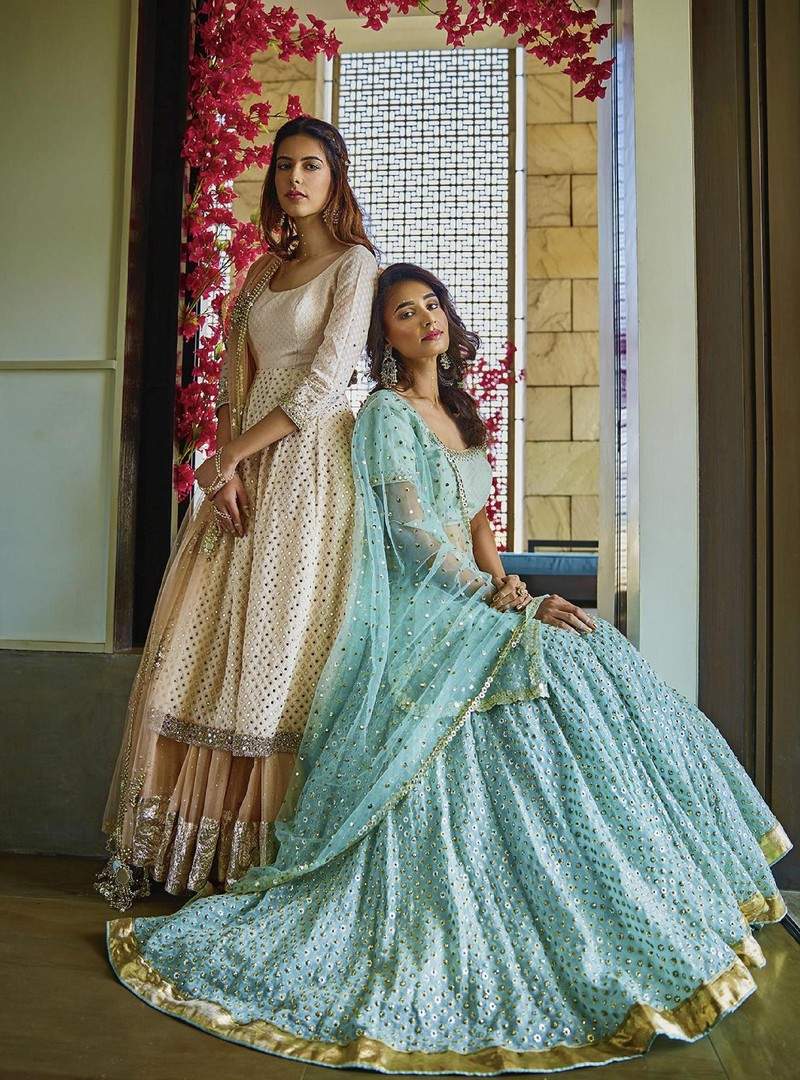 Powder pink, blue, icy mint and periwinkle dominate Abhinav’s eponymous brand’s Spring Summer 2017 collection available in the city now. Shedding light on his understanding of the city’s fashion aesthetics and preferences, the graduate from Wigan & Leigh says he has kept blouse lengths longer and has avoided bringing down neons and bright ‘gaudy’ hues to the showcase at Tifara.“Chennai is conservative in comparison to Delhi, Mumbai or even Hyderabad for that matter. Besides longer blouses, I have designed a separate capsule for the city where the necklines are not so deep.” Keep a look out for his dandelion yellow and ochre raw silk lehenga with golden polka dot detailing on the blouse and cut mirror work and golden sequins on a translucent net dupatta – that caught our attention. On styling the lehengas and anarkalis, Abhinav prefers pairing his designs with an antique earrings or choker, with the dupatta draped across the neck like in a Punjabi suit. While Indian silhouettes have been the four-year-old label’s forte, the designer shares that he plans to create a Western wear collection by the end of the year featuring similar techniques and cuts.