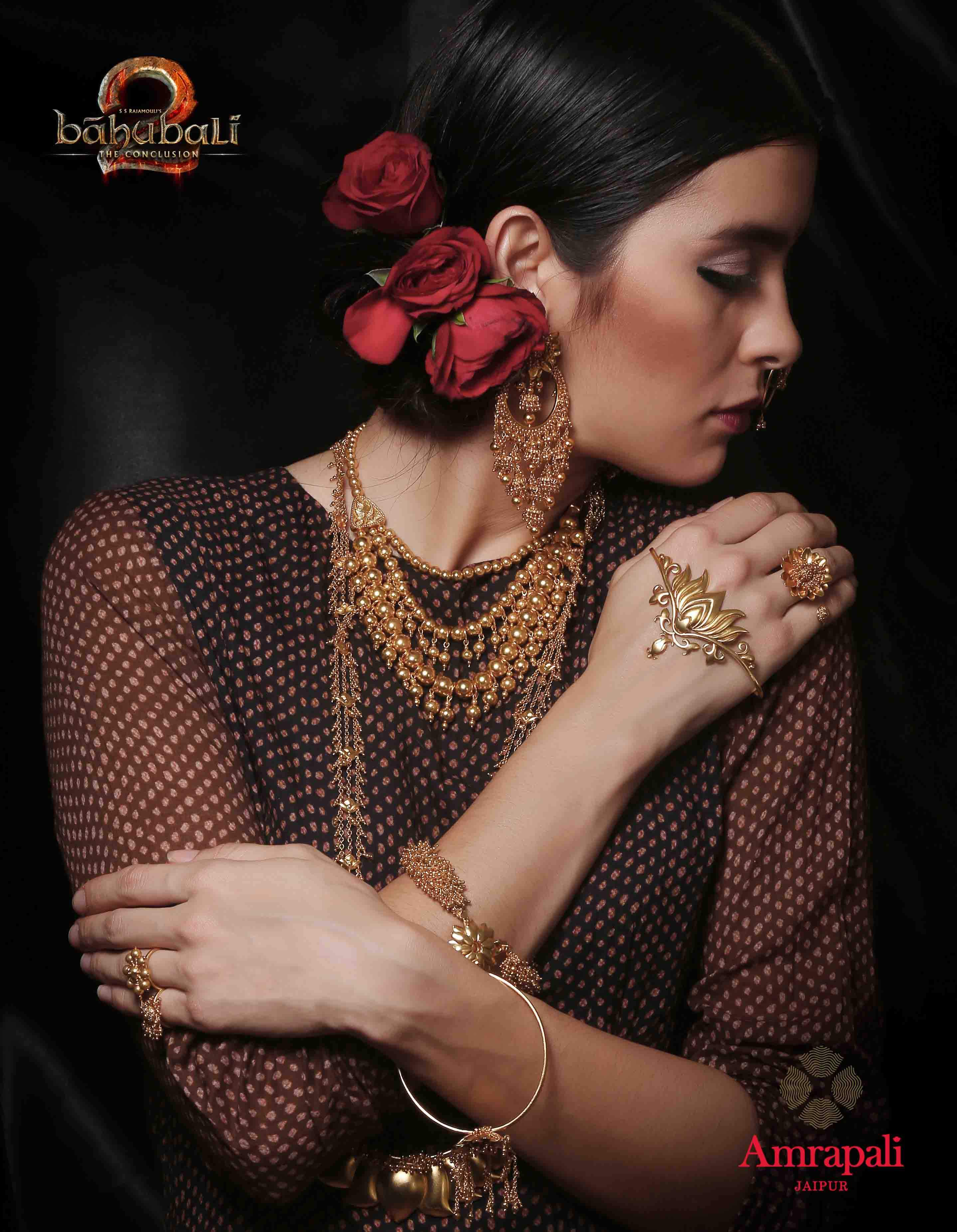 While we will not give away spoilers on why Katappa killed Baahubali, here’s some trivia straight from the sets of Baahubali2: The Conclusion. The 1,500 pieces of Amrapali jewellery used in the movie were created by two design teams of 100 artisans each and took over 8,500 hours to complete. Officially commissioned to design the jewellery of the second installment of SS Rajamouli’s magnum opus, the Baahubali inspired collection now available in stores comprises bangles, bracelets, cuffs, anklets, rings, nose pins, ear cuffs, earrings, mang tikas, necklaces, chokers, baju bandh (armlet) and waist belts. And what’s more, you could own a piece of the jewellery that featured on screen. 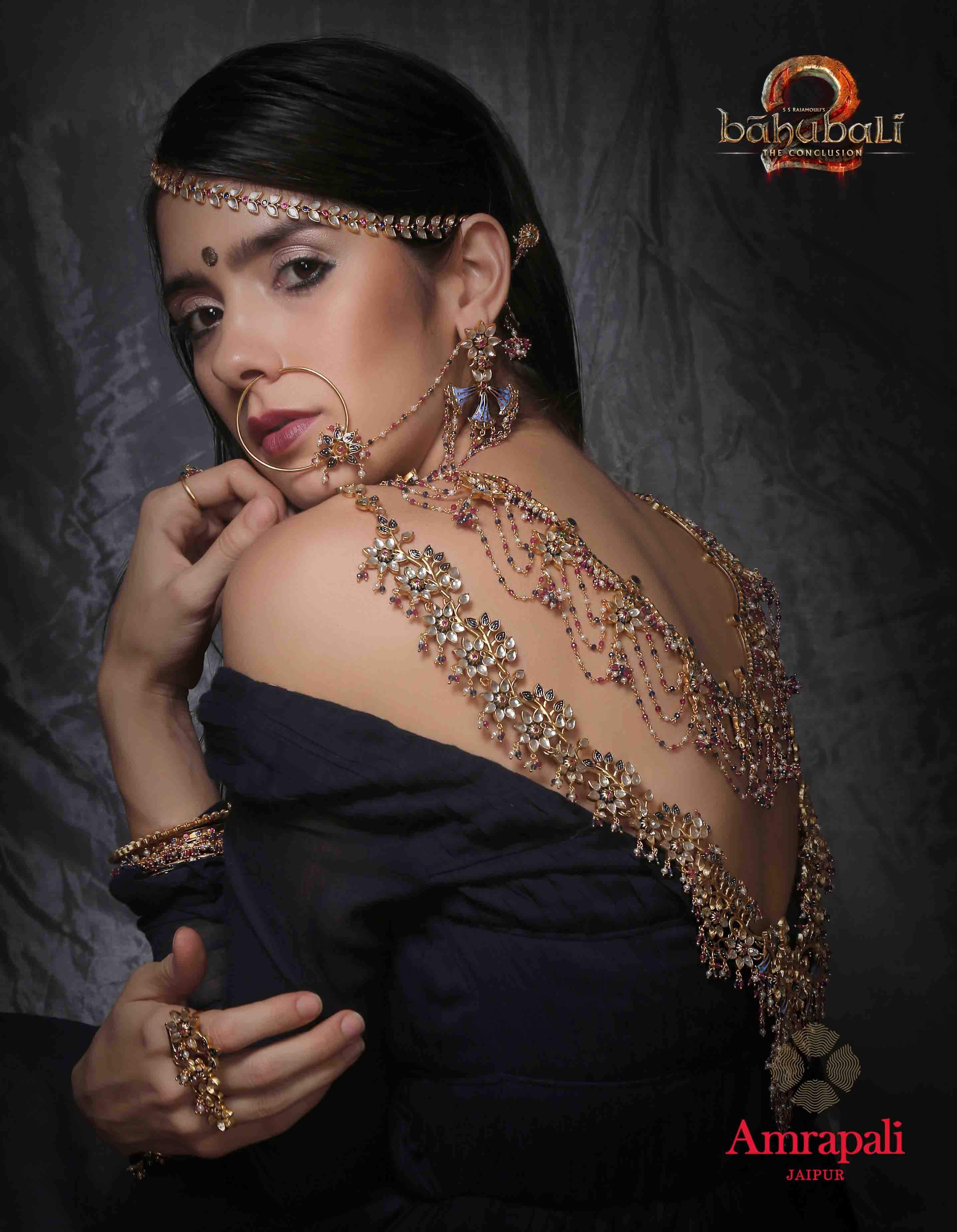 Synonymous with creating ethnic and tribal jewellery with intricate detailing, Amrapali’s creative head Anil Ajmera says that the requirements of the movie fell well within the scope of their expertise. “We are always trying to design jewellery that is ethnic. The movie demanded different types of ornaments including an antique look, a solid bold look and a tribal look.” With production spread across their design units in Jaipur and Hyderabad, Amrapali used a mixture of modern production techniques and traditional jewellery arts to create four collections - Raga which is multi-coloured floral line and Mauktika that features pearl studded ornaments, both created for Devsena’s character; Suvarna, a delicate gold plated silver line with floral accents and Vikrama worn by the characters of Mahendra Baahubali and Sivagami that takes a bold turn with solid silver accessories. 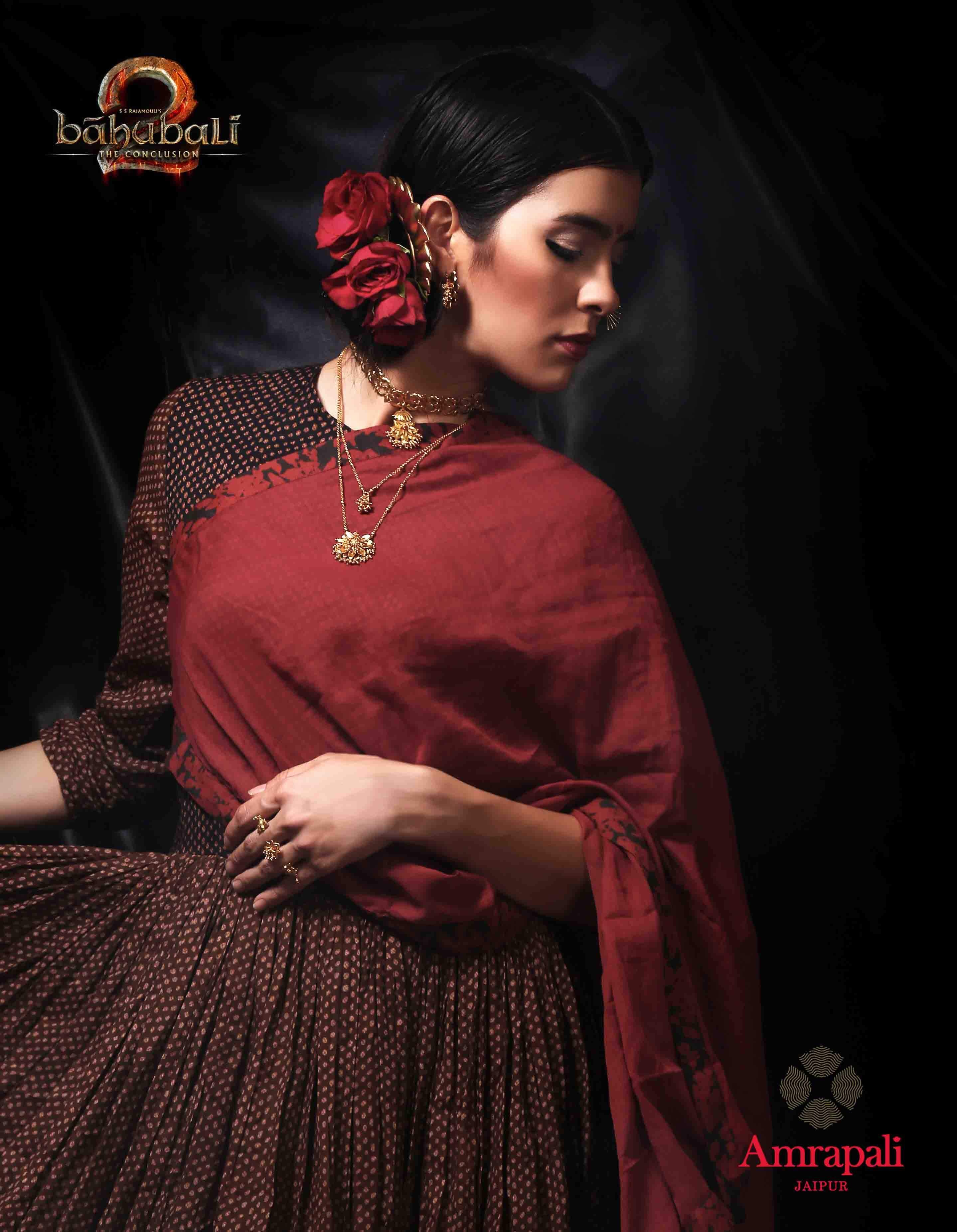 For founders, Rajiv Arora and Rajesh Ajmera, their extensive knowledge of heritage arts and ancient Indian history has not only influenced the brand’s design directive but, played a significant part in creating historical reference points for the movie’s jewellery. “Rajesh and I are students of ancient Indian history. As soon as we see an old sculpture or paintings, we get a clear idea about the period it belongs to. The set design (inspired by the Mahabharata) gave us the direction we needed,” says Rajiv Arora. Minimal embellishments and blue enamel were used by the Amrapali craftsmen to create pieces that fit into the mythological history and aesthetics of Baahubali 2.

Admitting that the team did run into a couple of glitches due the scale of grandeur that the movie demanded, Arora shares that wearability and weight were always a point of concern. “Besides creating the pieces we had to ensure good fitting (clasps) to ensure that the jewellery would last through action sequences.” The founder further shares that while most of the ornaments weighed over 500 grams in silver weight, the main necklace worn by the actor Prabhas was over a kilo.