Margazhi comes up with a #onesariatatime collection

Margazhi is a season during which rasikas from across the globe gather in the city to celebrate Carnatic music and performances from December 16 to January 15. The festive mood also translates to traditional dresses for the stage, and off it too — inspiring Madhulika Kapilavayi’s three-year-old brand that offers only saris named Margazhi. With a degree in visual communication, this Chennai-based girl always had a creative eye for street photography, saris and designing. “Margazhi morning scenes with musical kutcheris, colourful rangolis, women draped in pattu saris and fragrant mallipoo (jasmine) are some of my favourite scenes from my eight years in the city, and I wanted my brand to be a reflection of what I observed,” shares the 26-year-old.She takes her fascination for the festival to the next level by dedicating an entire collection to the season — and will be releasing a new sari online every day for the whole month of December. Yards of grace
Starting with 15 patchwork saris in 2014, her Instagram account today has 46,000 followers and Facebook page has more than 6,000 likes. What is the secret to her popularity? It is the personal touch, we think, as Madhulika says, “My clientele like the way I present my sari. My friends are my models, colour combinations are something the brand is specific about, and the photo shoots are done by me in city-based locations.” We learn that the saris are predominantly made of cotton sourced from Mangalagiri near Andhra Pradesh. “I have chosen Mangalagiri for its soft and consistent feel in all seasons, and support people whose primary occupation there is weaving,” she says. 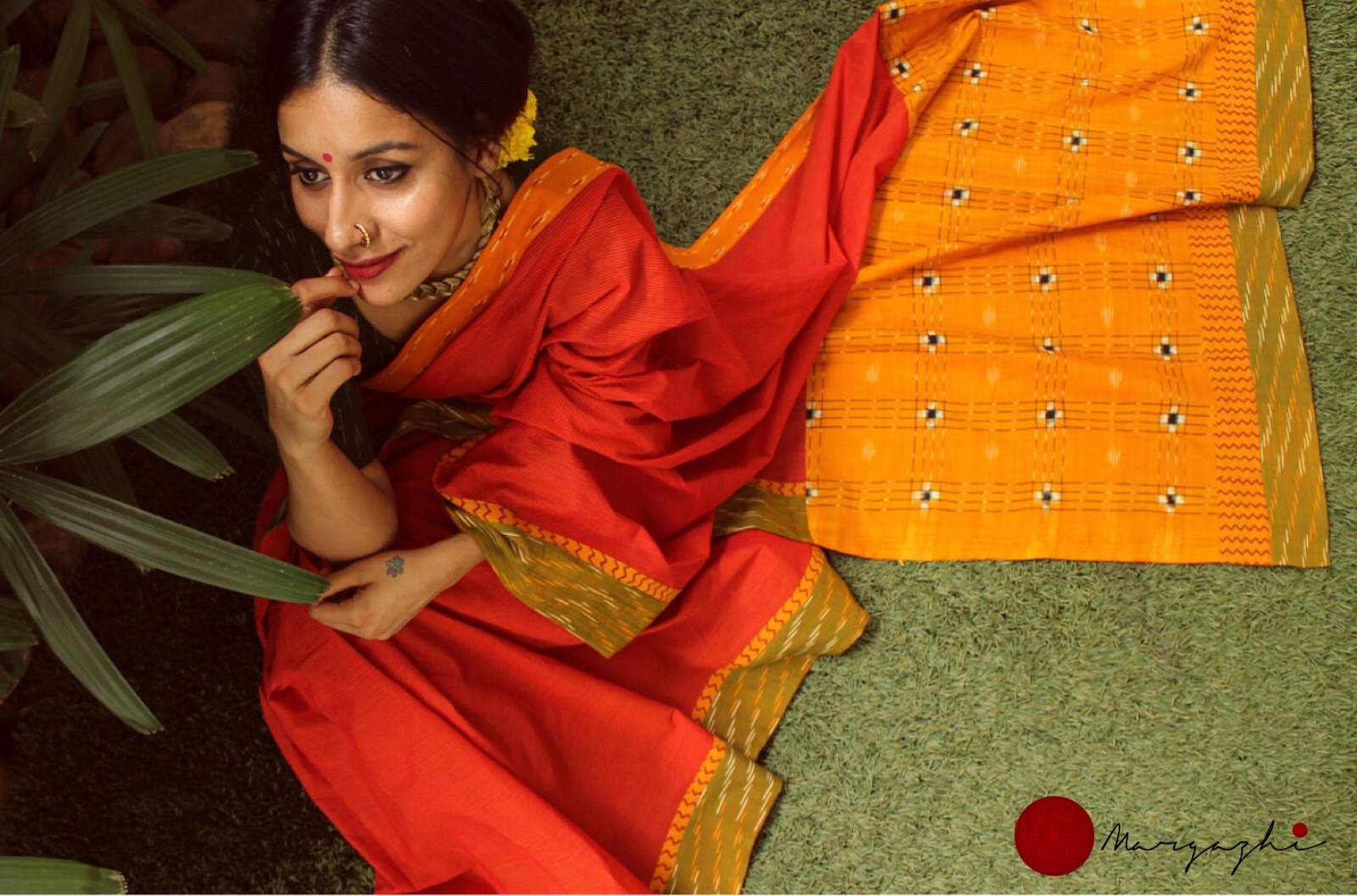 Of pleats and borders
While some saris are curated and then styled, most of them are designed by Madhulika, and the blouses are stitched by her in-house tailor. The designer, who also has a love for collecting accessories, makes sure that everybody who makes a purchase from her gets a silver oxidised nose ring along with a sari. Blended with ajrakh, kalamkari, ikat and floral prints, the saris come in different contrasting colours of pinks, blues and reds, which is a highlight. However, her favourite is a vaadamalli sari from her grandmother’s personal collection. 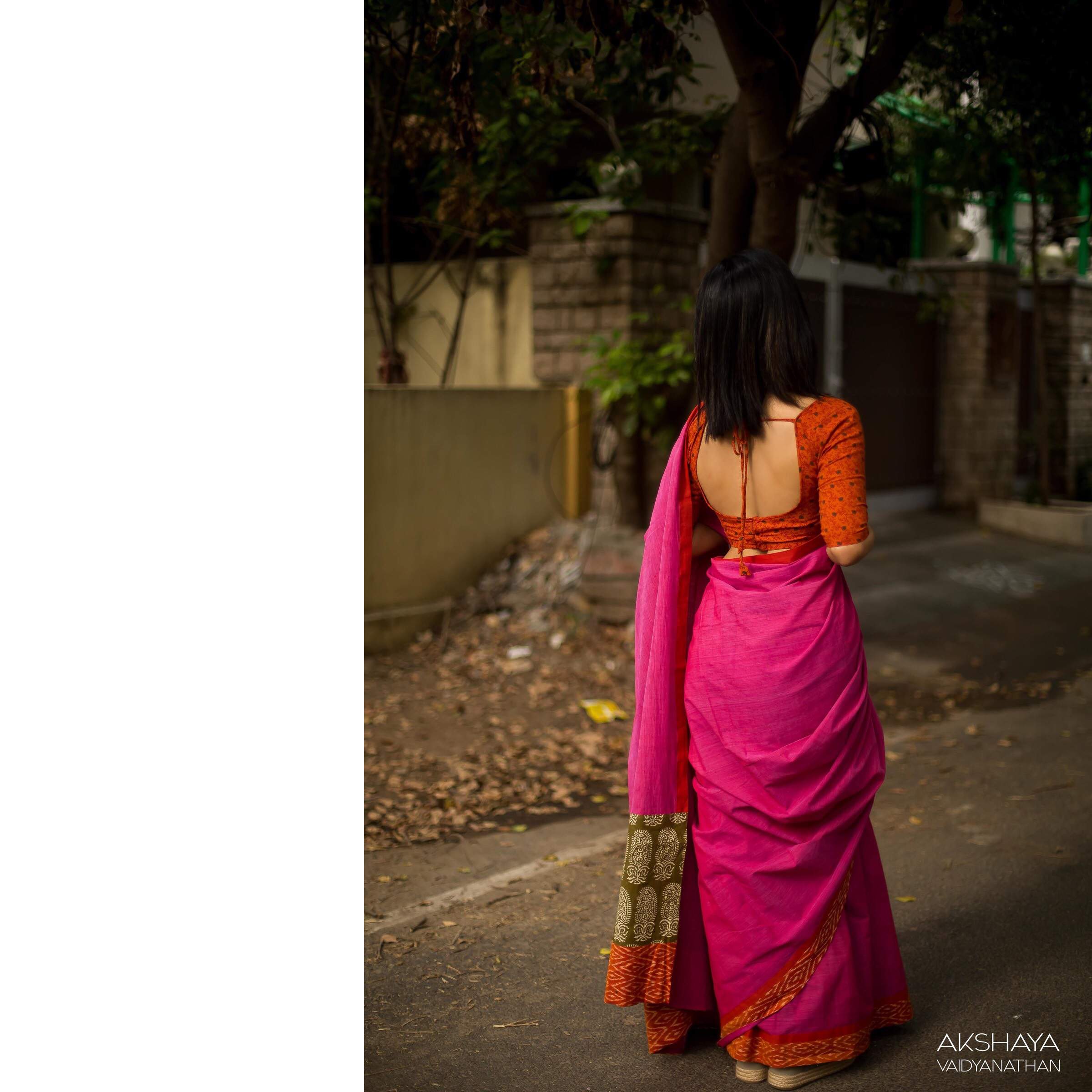 Saris for a cause
Apart from this, she has also been collaborating with people for social campaigns against body shaming, and will soon be exploring sustainable clothing and organic fabrics. Talking about bigger projects in the future, she says, “I am planning photo shoots in city-inspired quirky places like a tea kadai or kutti chevru to bring out a local connect to the saris,” adding that there are plans for a store in T Nagar soon. 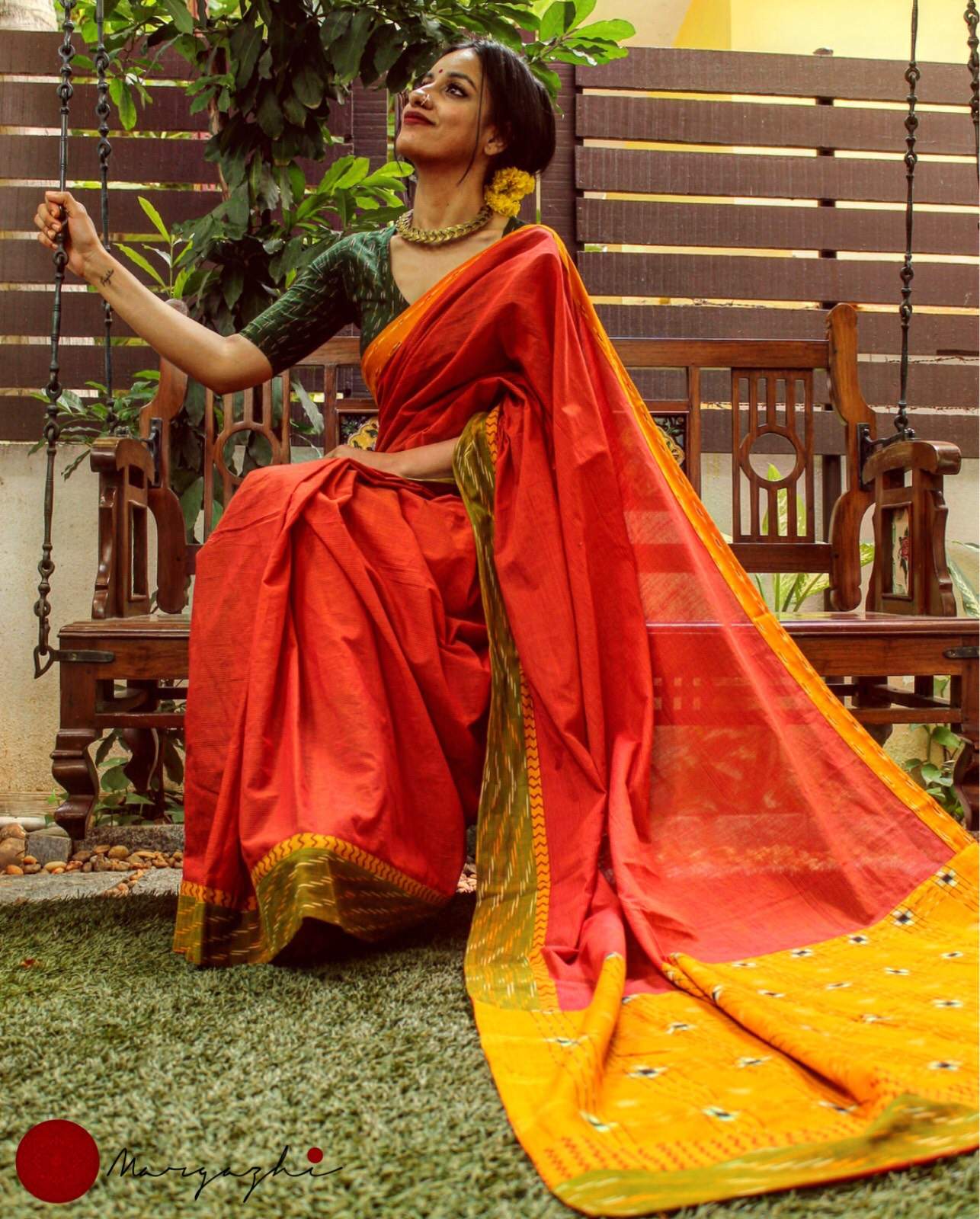