An ongoing survey engaged key opinion formers such as writers, thinkers, leaders, and popular cultural icons at the Jaipur Literature Festival 2018 as a part of their effort to promote awareness on body positivity and self-esteem. Invoking discussions around beauty and confidence in India, the survey, conducted by Dove, urged girls and women to share their voice on the state of body confidence in India.

The hosts conveyed a mission to ensure that the next generation grows up enjoying a positive relationship with the way they look – helping young people raise their self-esteem and realise their full potential. To encourage conversations that have a positive impact on women and girls and nurture future female leaders, they conducted a study called “Girls and Beauty Confidence” in seven markets globally. 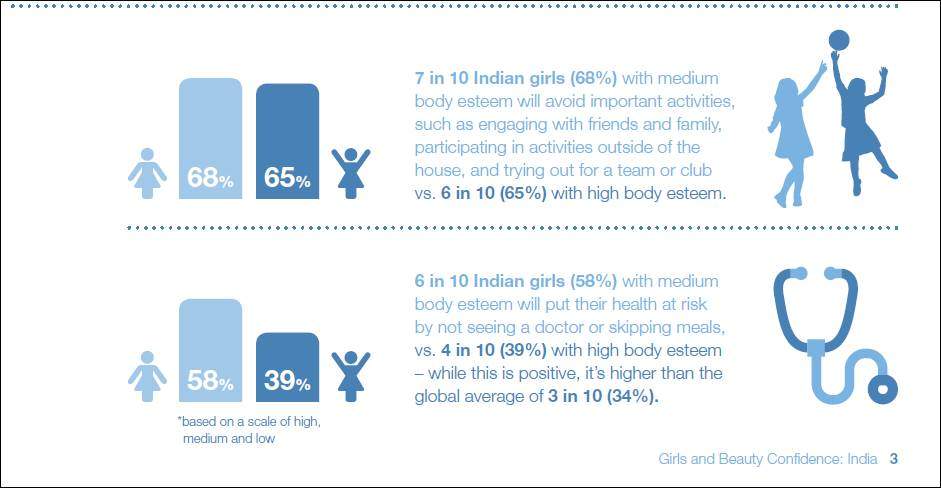 Some of the findings are:

Examining the impact of body esteem, pressures and confidence among girls, the research showed that 60% of Indian girls do not have high body esteem. It also reported that 65% girls will avoid important activities, such as engaging with friends and family and participating in activities outside of the house. 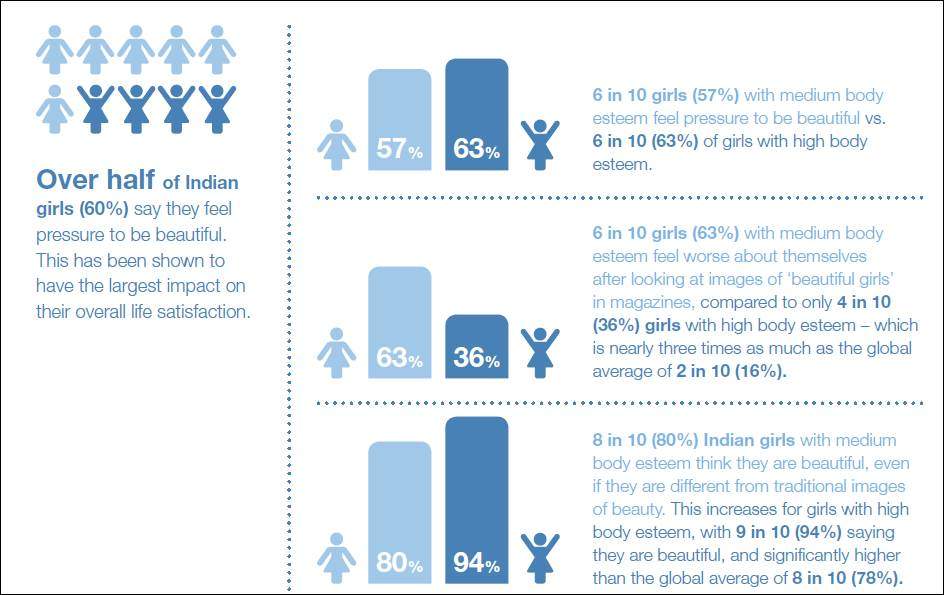 Uncovering a clear and powerful correlation between an Indian girl’s level of body esteem, and her overall confidence and life satisfaction, 60% of Indian girls said that they feel pressured to be beautiful. This has showed to have had the largest impact on their overall life satisfaction.

Indian girls want change in the existing perceptions of beauty

Demonstrating that a change in the perception around beauty in under way, Indian girls are using social media to break traditional definitions of beauty and are seeing the value in taking time out to care for themselves. This sentiment was seen higher in India than other countries. Seventy one per cent think that very few women and girls look like the women and girls shown in adverts, movies and television.

Perhaps most importantly, a majority of Indian girls (62%) think every girl has something about her that is beautiful – a fact to be celebrated!

As a part of the Self Esteem Project, the endeavour is aimed at helping the women of tomorrow develop a positive relationship with the way they look, raise their self-esteem and realise their full potential. Crossing geographical boundaries and perceptions, the project has reached more than 20 million lives across 139 countries since 2004. 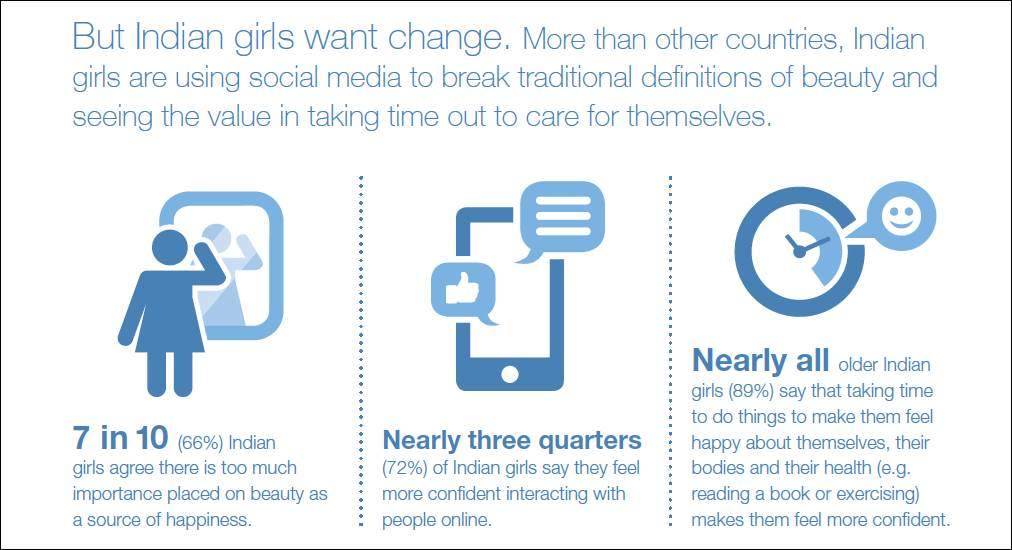 All interviews were conducted in each market’s local languages. To ensure the cultural robustness of this research, we ensured the translations in local languages were accurate and the wording was comprehensible for the younger girls interviewed. Thus, each translation has been conducted and reviewed by two different translation experts, native to each country and piloted amongst younger girls to ensure the questions were clear to them.

The study also hosts a number of tested, historical, academic scaled questions which ensured a level of understanding which is unprecedented and new to the industry. These questions looked to unlock girls’ body confidence, levels of self-esteem and appreciation for their own body.