All you need to know about the Paris Haute Couture Week

Paris Haute Couture Week has just wound up, and just like that, we were witness to a dreamy few days, where fashion met art; and played host to 34 designers who presented their haute couture collections. The calendar kicked off with an homage to the late Huber de Givenchy, by the artistic director of Givenchy, Clare Waight Keller. The Elie Saab and Chanel shows were also highlights.

In a refreshing change, there was unbridled femininity on the ramp and the majority of the pieces shifted from the usual glam ensembles to a more sheer, marabou vibe. We saw a lot of delicate bird-like details, with pastels and sheers highlighting delicate aspects one would have otherwise missed out on. Here are the highlights to keep you in the loop.

Marabou memories
Whether you’d fancy this trend or not depends solely on your allergies and number of bachelorette parties you’re forced to attend, but feathers are here to say. Marabou peeked out of everywhere and were the highlights of Elie Saab’s, Christian Dior’s and Iris Van Herpen’s shows. Get a head start on this trend and
usher in a bit of bird-like joy into your wardrobe with some super special Valentino! Romantic ruffles
It’s no secret that tulle and ruffles really stole the show (and broke the internet). Giambattista Valli, Givenchy, Ralph & Russo and Christian Dior were just few of the designers who kept things interesting and played  with plenty of sheer and ruffles. Givenchy’s rainbow-coloured  ruffles are also one for
the history books. 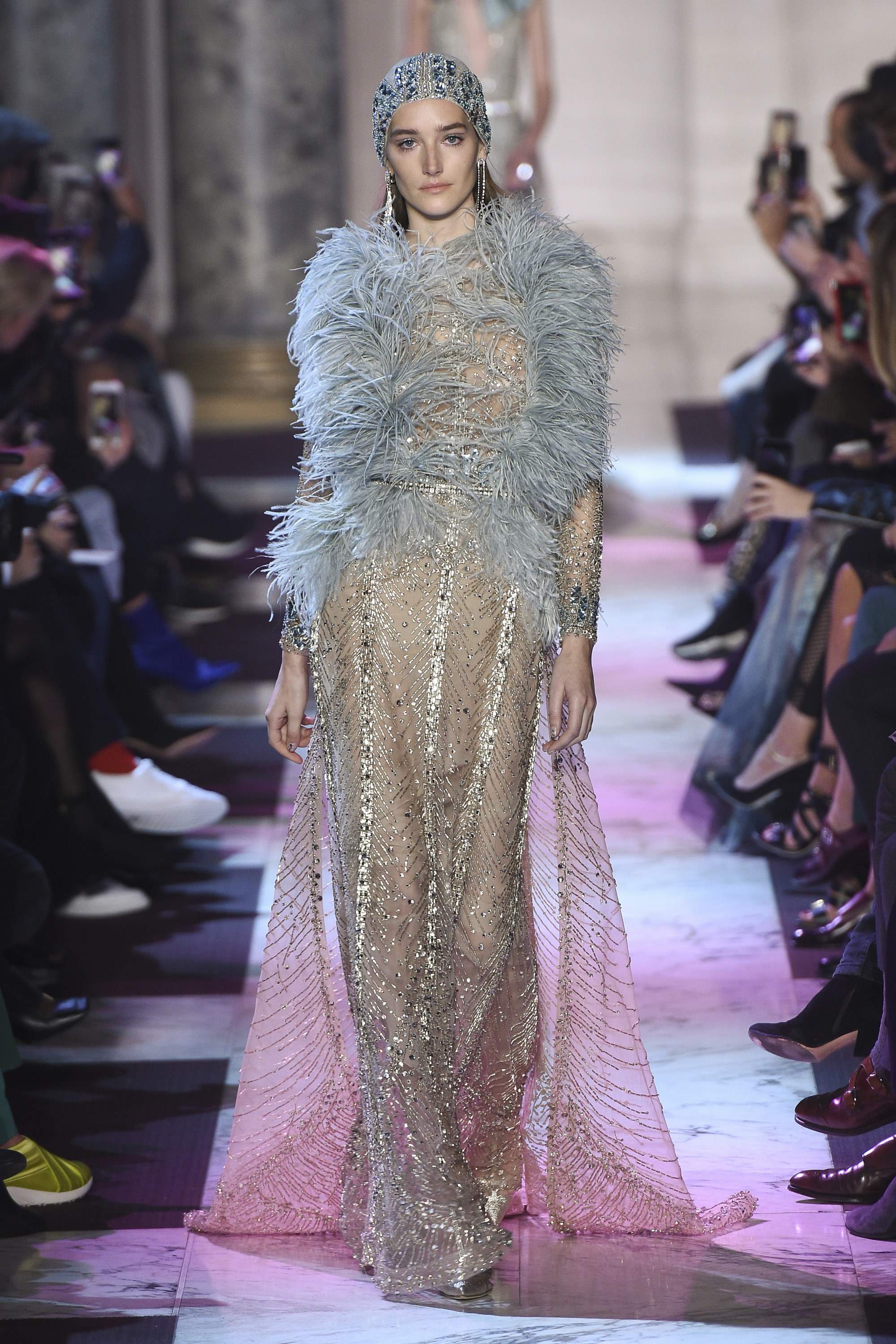 Fabulously futuristic
Interestingly, at the Margiela show, creative director John Galliano requested all guests to turn their camera’s flash off, and lit up the room with neon rave lights and looks. A similar aesthetic was picked up at the Chanel show too, with silver foil jackets making entire outfits look extremely futuristic. The lines between ethereal and real blurred with Iris Van Herpen’s 3D printing, contoured foliage,
and velvet fins. 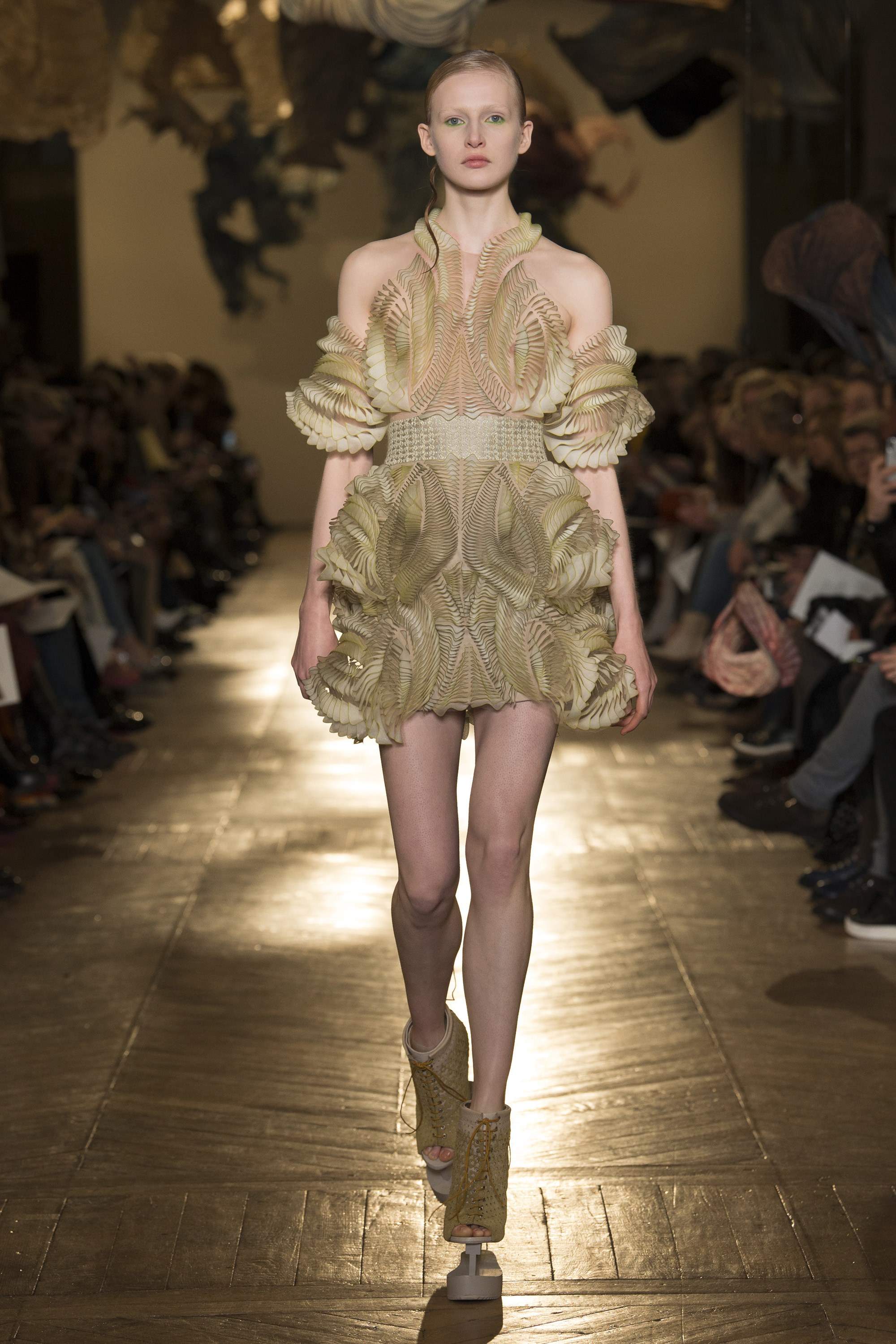 Gothic glamour
We met monochrome and neoclassical goth beauty with Guo Pei, Givenchy, and Jean Paul Gaultier. We saw Gaultier’s models exclusively in black-and-white, Givenchy took a more modern take on monochrome with just a few highlighting shades to accentuate outfits. Pei brought out arched necklines, spikes and religious iconography in her lines. This was juxtaposed with soft peach, ruffles and a lot of sheer fabric to balance the goth vibes in her collection. 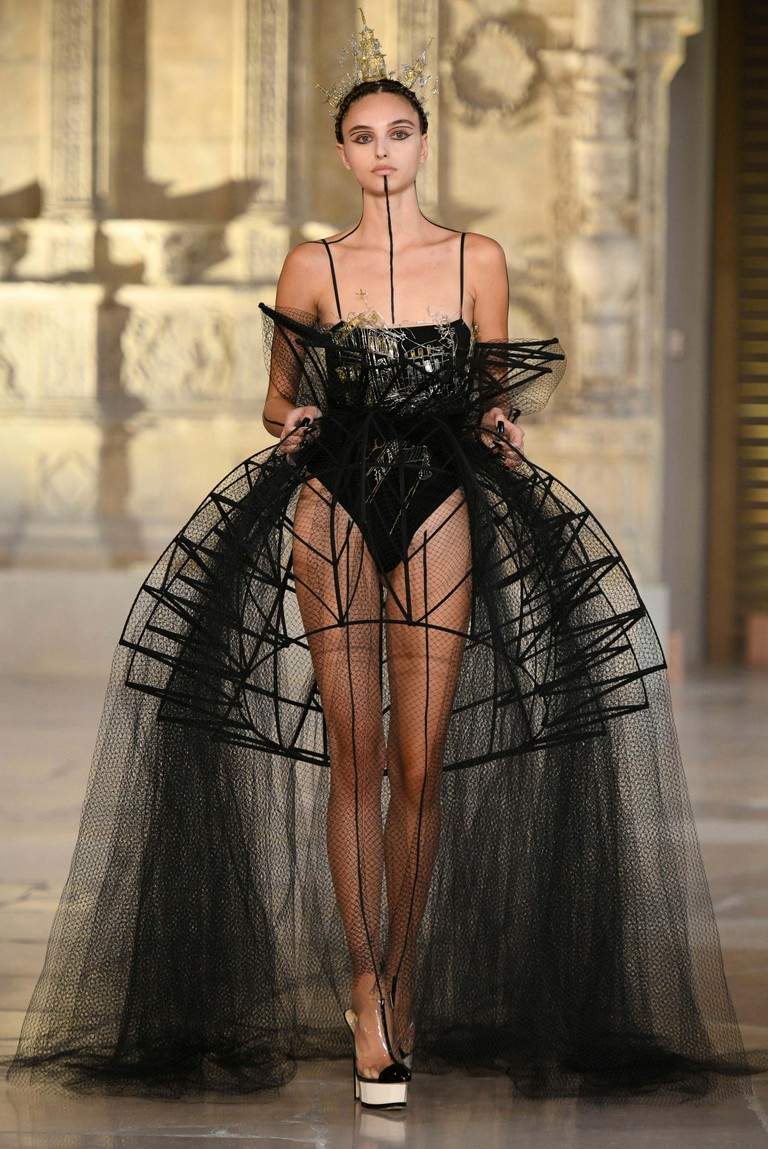 Pump it, louder!
Dior saw a comeback with the iconic comma heels created by Roger Vivier in 1950s, with simple taupe-coloured pumps. Giambattista Valli carried over the ruffle trend to shoes too, with interesting bright ruffled pumps. 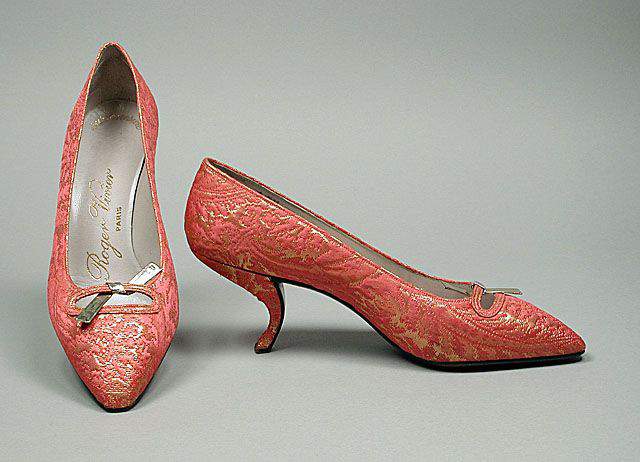 What is it?
There are strict regulations for the famed distinction of being called an “haute couture” label, including having a studio in Paris that employs at least 15 staff members full-time, among others. These are set by the Syndical Chamber for Haute Couture, and are even monitored by the French Government!

Prajanya Anand, Stylist:
Haute Couture Week serves as great inspiration, very avant-garde, but it doesn’t really infiltrate into the mass market. Lines are so blurred with globalisation - we see flapper-style dresses on Indian silhouettes, Elie Saab’s gorgeous desi-inspired embroidery, to mention a few. Everything is so global! 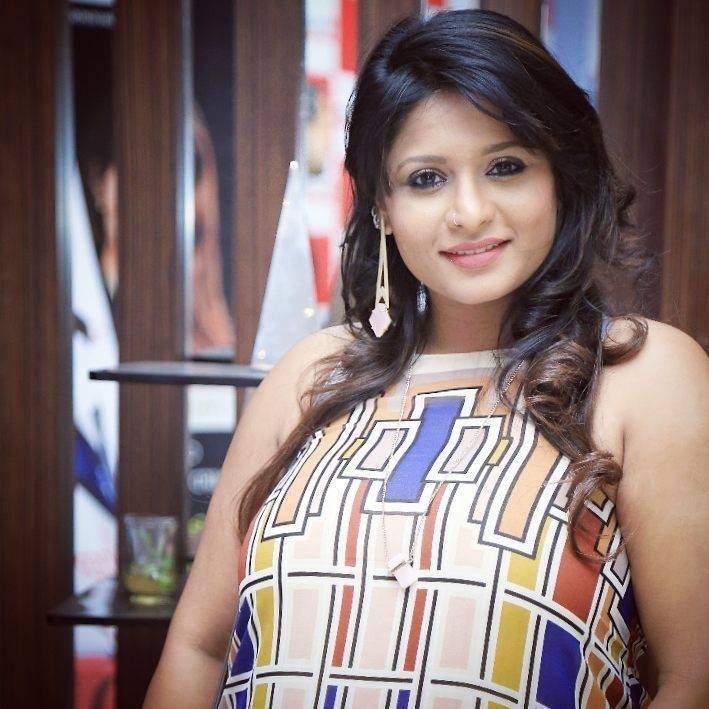 Shruti Sekar, Designer:
Pastels are the highlight of my Summer 2018 collection, much like the Couture week; which was so dreamy and feminine. This works well for both festive wear as well as formal clothing. You can add details like ruffles and sheer to sleeves, necklines, plackets and even sari lengths to get with the trend. 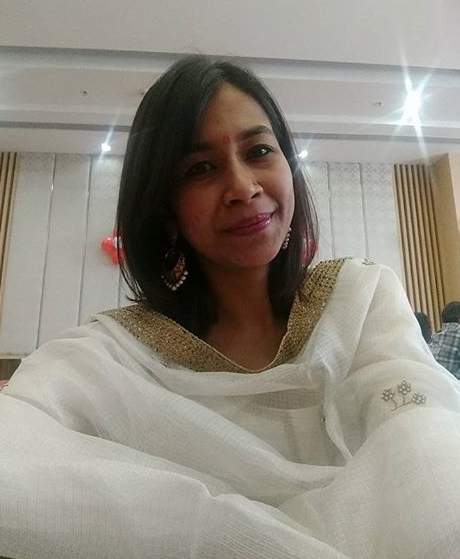 Nikita Jain, Designer:
Zuhair Murad and Elie Saab's detailing would look lovely even incorporated into a heavy traditional bridal lehenga. We saw a lot of capes and dramatic sleeves, fringes, ruffles and fur. An amalgamation of a few of these concepts into indo-western gowns and skirts would give you the best of both worlds! Richita Nichani, Stylist:
I loved Chanel's tulle and ruffle skirts. They are so easy to wear in this heat and can be dressed up or down! Also, Jean-Paul Gaultier has my heart for standing up for the “free the nipple” movement.  Sending models down the ramp in transparent perspex chest plates took some guts, and I’m here for it! 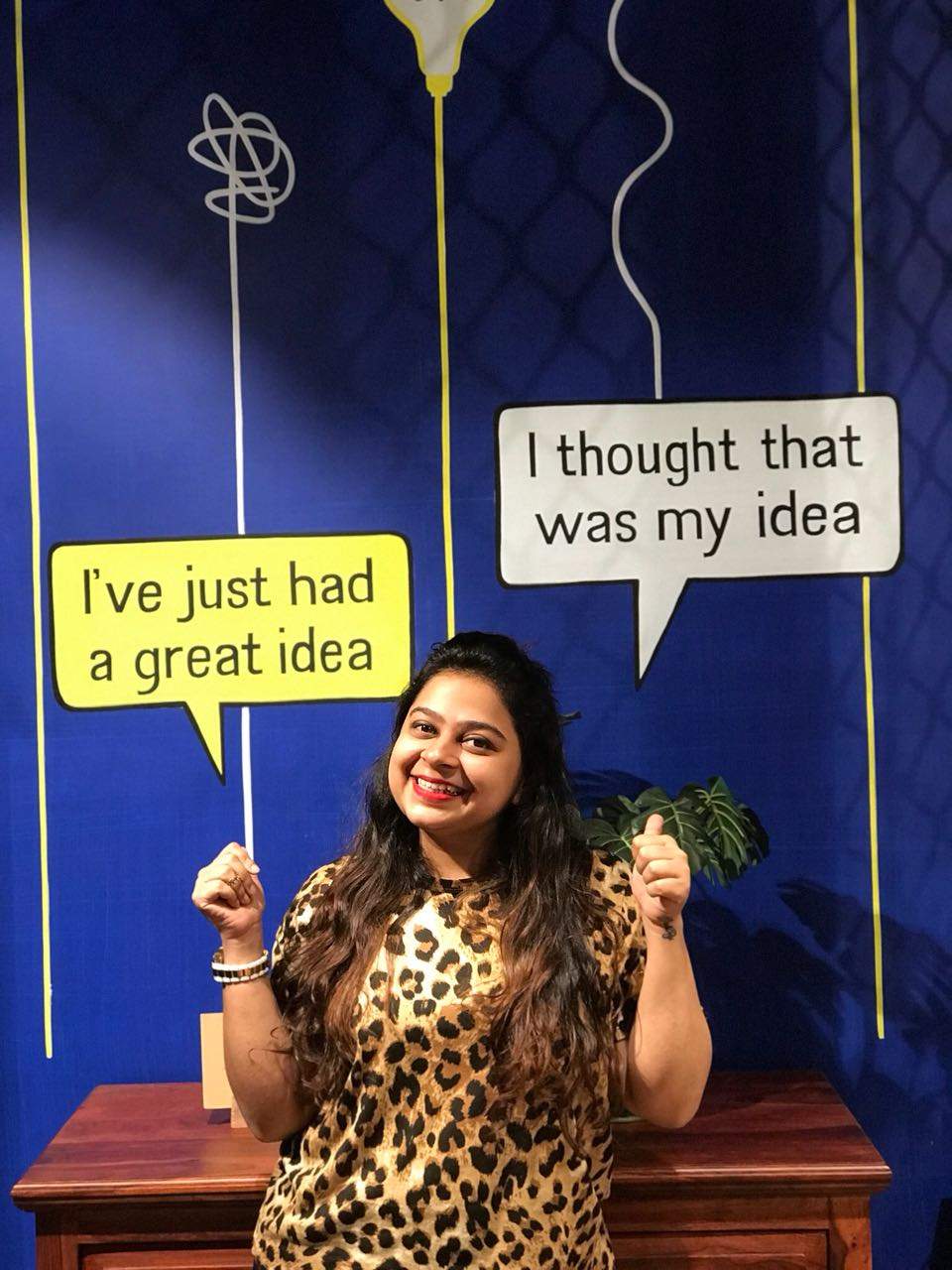