Travel special: Get up close with clothes and accessories that once belonged to legends like Princess Diana, Grace Kelly and John Lennon

The V&A in London and the Costume Institute at the Metropolitan Museum of Arts in New York might be at the top of the list of fashion destinations for every fashionista. However, we take a look at other spots dedicated to iconic designers, design houses and industries that in comparison, fly under the radar. Learn how lace is made, immerse yourself in the journey of Balenciaga or gain perspective on how Western fashion has impacted the world at these destinations. 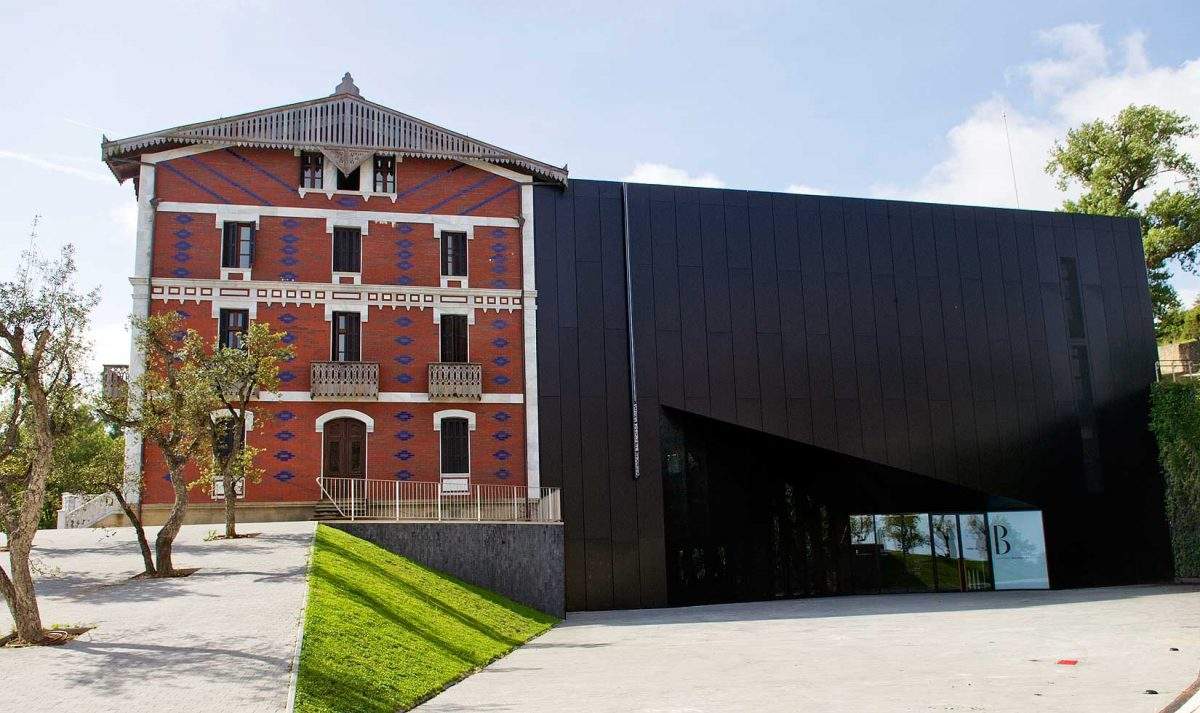 Cristobal Balenciaga Museoa, Getaria, Spain
The Basque town of Getaria may not be on the tourist trail of most visitors to Spain, but for fashion obsessives, it is an important stop. The coastal town is home to the Cristobal Balenciaga Museao, a museum dedicated to the legendary designer who was born and raised here. Housed in a futuristic building attached to the Aldamar Palace, the 19th century villa of Marquesa Casa Torres, it is spread across 54,000 square feet. The designer would frequent the villa as a little boy, as his mother was a seamstress to the marquesa, who later recognised his talent and paid for him to learn tailoring in Madrid. The museum opened in 2011 with 1,200 pieces donated from the personal collections of some of Balenciaga’s most well-known clients, such as Hubert de Givenchy, Grace Kelly, Greta Garbo, Marlene Dietrich and members of the Spanish royal family. 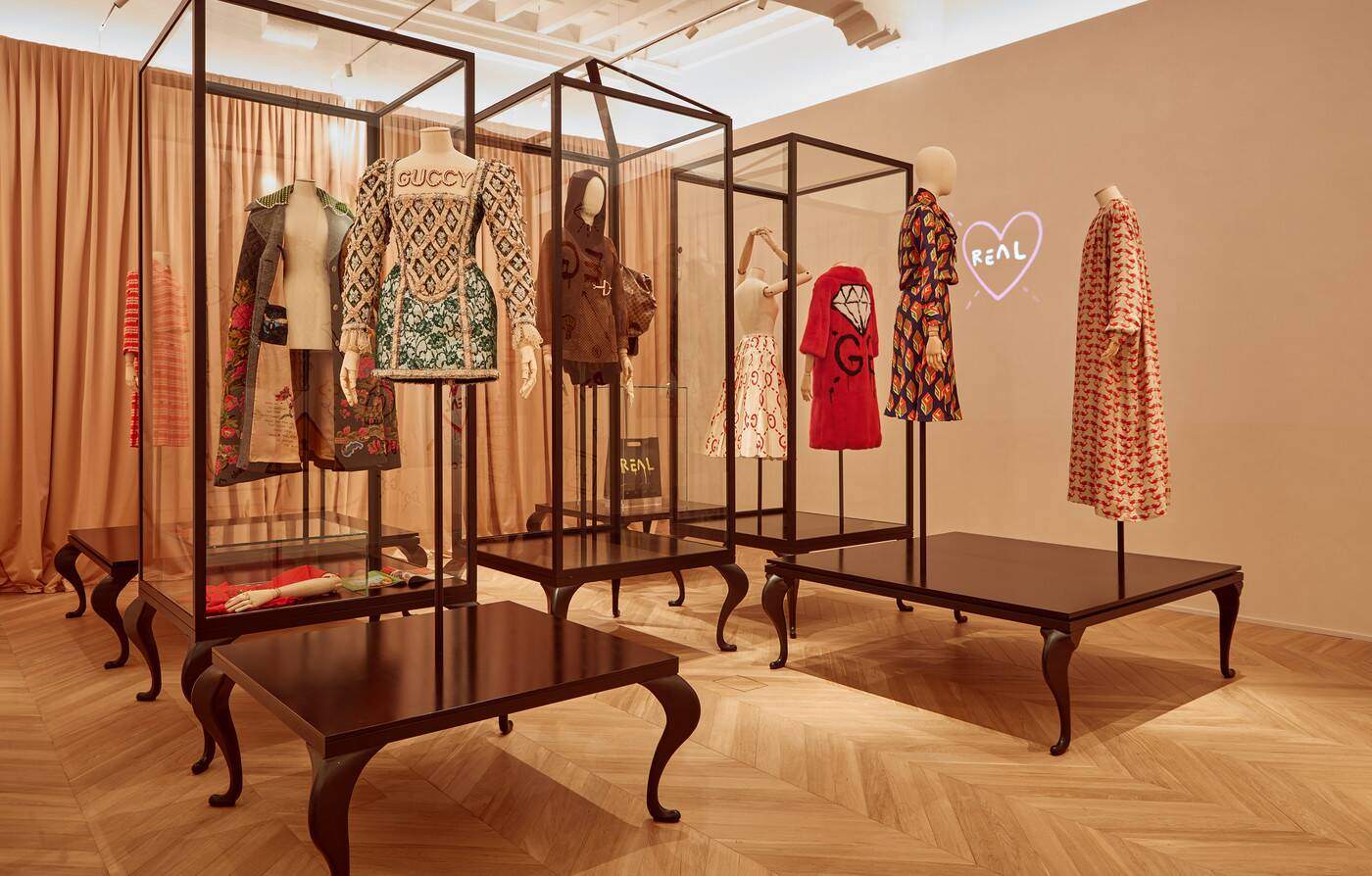 Gucci Garden, Florence, Italy
The historic Palazzo della Mercanzia, which was built in 1337, serves as the setting for Gucci Garden. Formerly the location of the Gucci Museo, a museum dedicated to the Florence-born brand’s history, the Garden was reopened over a year ago with a gallery, a restaurant and a boutique. Reimagined by the Italian label’s creative director, Alessandro Michele, to give visitors an immersive ‘Gucci’ experience, the ground floor of the sprawling estate houses the boutique, which stocks unusual pieces designed exclusively for the store, including chic silk bombers with the ‘Gucci Garden’ graphic print, besides unique shoes and bags that you will not find in other Gucci stores. The first and second floor form the galleria. Curated by Alessandro and Maria Luisa Frisa, an art critic and fashion curator, it is a shrine to the journey of the atelier, which is told through clothing from different periods in its 98-year history, video installations, art work and artefacts. After a tour of the gallery, which also hosts exhibitions of different artists, one can head back to the ground floor for an indulgent meal at the restaurant headed by the celebrated Chef Massimo Botturo, who is known for his three-Michelin-starred restaurant Osteria Francescana in Modena.

Christian Dior Museum and Garden, Granville, France
A Belle Epoque mansion, the Villa Les Rhumbs which overlooks the sea from the cliffs of Granville in Normandy, France, is the location of the Christian Dior Museum and Garden. The childhood holiday and weekend home of the designer, it showcases collections dedicated to the life and journey of Dior as a couturier, besides temporary exhibitions and installations. Currently on display, until November this year, is an exhibition on the Dior outfits worn by Princess Grace Kelly of Monaco. The collection includes the gown she wore to her engagement ball at the Waldorf Astoria in New York in 1956, the outfit she chose for her first official portrait as the Princess of Monaco and some of her tweed suits among others. The garden of the villa, which was designed by Dior’s mother, is today a garden of fragrances dedicated to the atelier’s most iconic perfumes. If you’re visiting from June to September, you can sign up for the museum’s perfume workshops, where you can learn about what goes into the making of a Christian Dior perfume. Following the workshop, you may step into the tearoom, also located in the garden, where you can sip on tea and rest your feet. 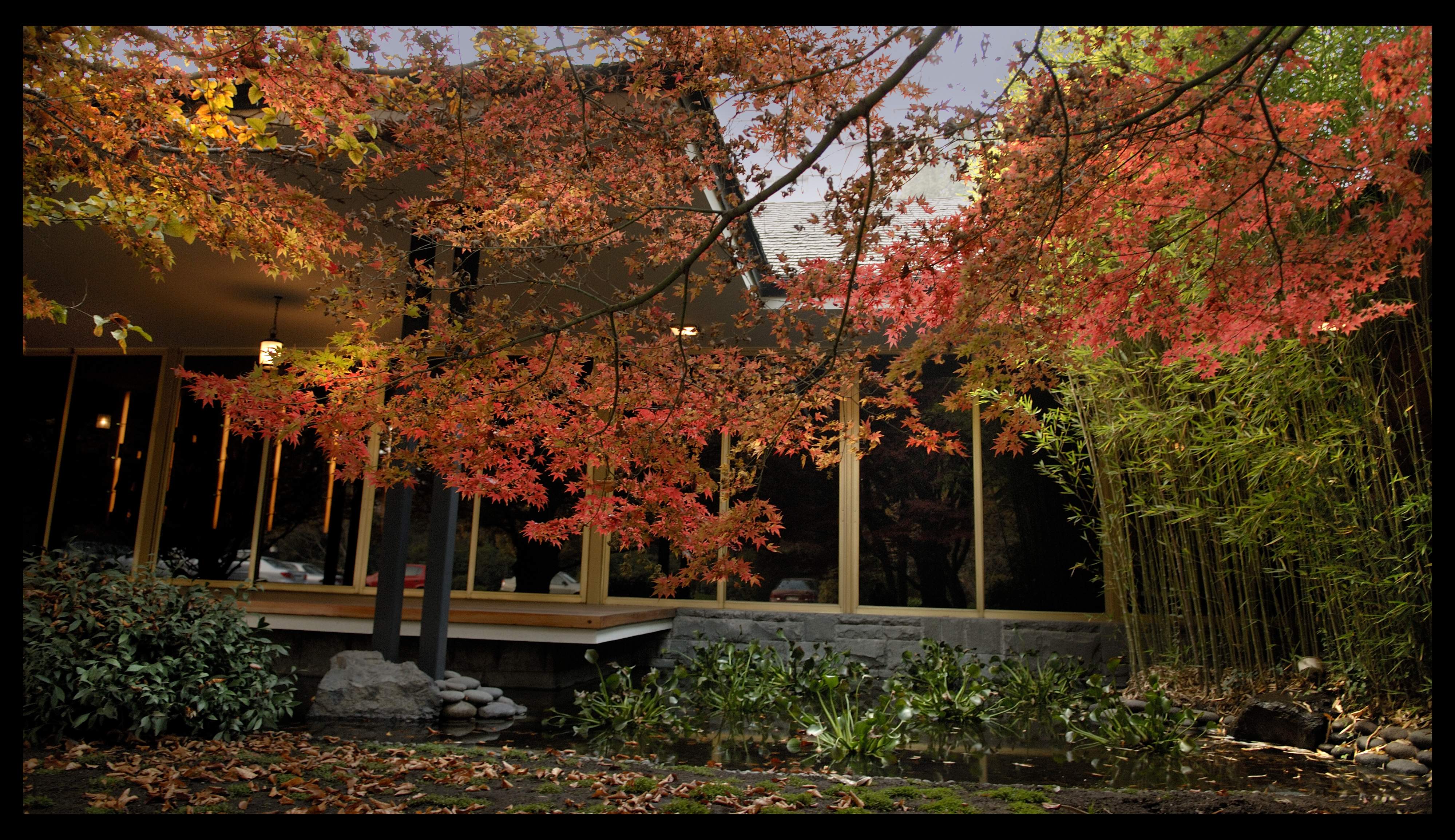 Museo de la Moda, Santiago, Chile
Jorge Yarur Bascuñán, a descendant of the wealthy Yarur Bascuñán family of textile merchants, set up the museum in 1999, with a special emphasis on 20th century designers. A staggering 10,000 articles of clothing and accessories are displayed within the walls of this space which is housed in the former family home of its founder. Said to be the only fashion museum in South America, some of its pieces go back to 5BC. Some of the most notable garments showcased include a military jacket that was worn by John Lennon during a shoot for LIFE Magazine and a black strapless evening gown worn by Princess Diana in 1981 (her first public appearance following her engagement to Prince Charles). The home which was built in the 1960s, complete with a glamorous bar room, also gives you a peek into the architecture and style of the era. 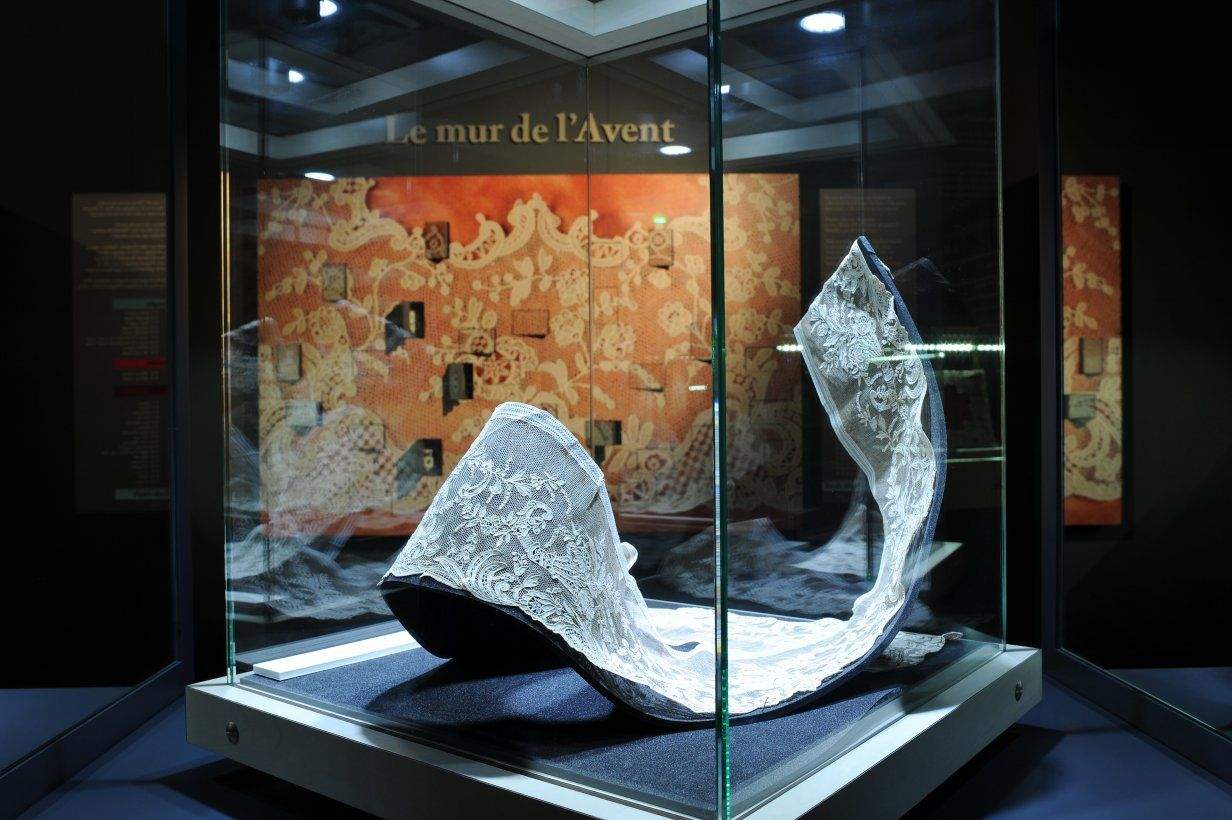 Museum of Fine Arts and Lace, Alençon, France
A fashion-focussed trip to France can never be complete without a stop at Alençon, which is renowned for its lace production. About 170 kilometres from Paris, the small town was known to attract royalty who would source their lace from some of its most noted artisans. The museum boasts an extensive collection of Italian, Flemish and French lace. In addition to the much favoured Chantilly, Le Puy, Valenciennes and Bayeux laces, a major highlight is the exquisite Point d’Alençon, a needle point style developed in the region. Another interesting feature is a workshop-style room where local women are usually hard at work, skillfully making intricately patterned lace by hand. 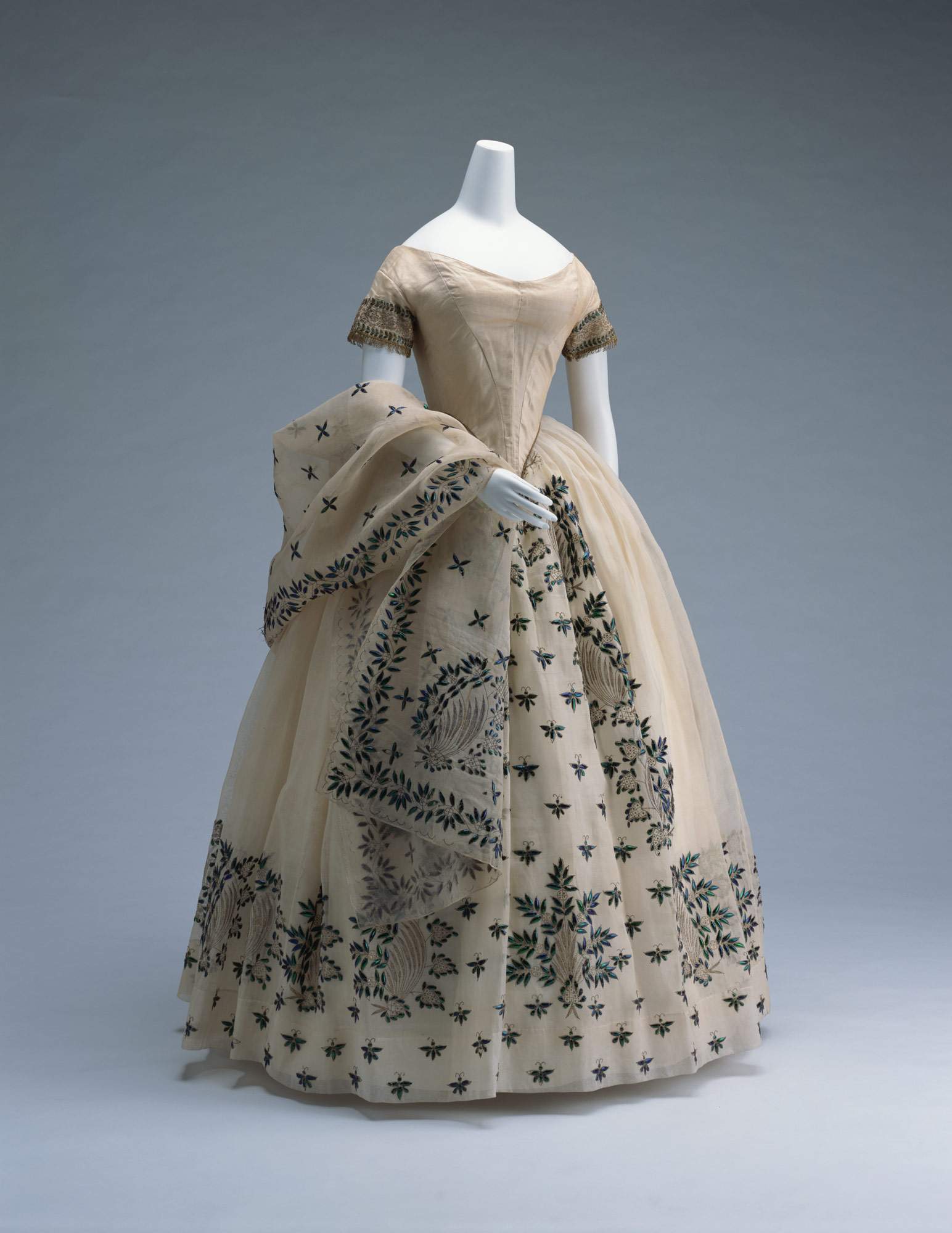 Kyoto Costume Institute, Japan
If you find yourself in Kyoto, take a break from all those temple and market visits and squeeze in a trip to the Kyoto Costume Institute (KCI). Set up in 1978, the museum seeks to look at the influence and cultural impact of Western fashion on the world. Boasting a collection of 13,000 pieces of clothing and 16,000 documents pertaining to fashion, the KCI houses articles from designers such as Elsa Schiaparelli, John Galliano, Paul Poiret, Yves Saint Laurent, Christian Dior, Louis Vuitton and Chanel. The clothes on display span centuries, beginning from the 16th. Some unique pieces include a pair of shoes from the 18th century, made with damask silk and fitted with the Louis heel and upturned toe, and the ‘dancing’ dress from the mid-1920s. From the house of designer Lucien Lelong, it is fashioned out of thin chiffon, heavily embroidered with beads and strass. The fringes were designed to move along with the body as its wearer danced. Kept at a temperature of 20 degrees celsius and 50 per cent humidity, the clothes are displayed in safe conditions that also controls their exposure to mold, sunlight and other external factors.