Food trends of the 2010s: A look back at perspective shifts on Indian plates and palates over the last decade

Trends can be tricky, fickle or flashes in the pan. But our list, after some heavy-duty debates — scopes out the aces, the front runners, and the legacy makers of the past decade. From a broad return to our roots to more specific gamechangers in nutrition to a radical reconfig in the way we consume menus with the food aggregator universe at play, the 2010’s have been one heck of a ride.

Local soul, global bowl
The debate over what constitutes modern Indian food is one that is never ending. But most people agree that this trend came in three waves — the first, during the 1980s with restaurants like New Delhi’s Bhukhara and Dum Pukht, which focused on presenting Indian food in a refined and elegant way. The second wave was in the early-2000s, with chefs like Floyd Cardoz, Gaggan Anand and Vineet Bhatia pioneering lighter sauces, plated dishes and full-course meals. Today, at restaurants like Social, Monkey Bar and Bombay Canteen, it takes on a more fun vibe with special attention to comfort and flavour.

People have always preferred comfort food that falls under regional cuisines. Parallelly, sharing plates and communal eating is another trend we have observed of late.

App-solutely everybody!
Love them or hate them — food aggregator platforms like Swiggy, Zomato and Uber Eats have radically changed the way we eat. And if you’re wondering who the haters might be — given ‘what’s not to love about pizza being home delivered at 2 am’ or 50 per cent discounts — look up the ‘restaurant revolts’ over ‘predatory pricing’ this past year. For the customers, however — office-goers focused on salary packages over cooking skills, home-makers who need a rest from the grind, and the ever-growing populace of foodies — the demand is ripe, with no reservations. And seriously, does it get any better than GPS-tracking your momos, and then demolishing them in your jammies?

Food aggregator apps have simplified access to food but at the cost of dining experiences. People are eating out more from a convenience standpoint, but not really enjoying dining experiences much in the last few years. I think, restaurateurs will fight back, and we’ll see some amazing restaurants that will focus on experiences, drawing people to them.

Superfoods to the rescue
About four years ago, the word ‘superfoods’ was everywhere. Comprising produce like goji berries, avocado, kale and salmon and acai, this trend was one for the health nuts. While the concept is not talked about anymore, it is still quite a popular choice on menus everywhere, for instance the Avocado Toast at Smoke House Deli and the Barley Salad at Sly Granny, Bengaluru. One could argue that instead of a trend, including superfoods in their diet has become a way of life for many.

The superfood trend is here to stay, and the focus will always be on creating menus with some guilt-free options. — Saurabh Arora, Smoke House Deli & Social, Bengaluru

Keeping up with Keto
There hasn’t been a diet that’s been more successful or long-lasting than Keto. The low-carb, high-fat diet gained popularity in India at the beginning of the decade, and continues to find many takers. As far as restaurants go, there are a number of cafés and delis offering patrons special menus. For example, Infinitea’s Keto menu features dishes such as Cauliflower Rice with Blackened Fish.

Regional repast
Bengali, Parsi, Thanjavur, Chettinad... there used to be a time when these cuisines were limited to a single, one-off dish on an Indian menu. Or you might have had to wait for a chef from out of town to drop by for a festival menu. But over the last five years, there has been a slow and steady rise of standalone restaurants serving region-specific cuisine. That goes for whether you a mess enthusiast (Shree Konar Vilas — Chettinad) or enjoy the fine-dine experience (Bharat Bistro — modern Indian Bengali, Kerala and Awadhi flavours). As Indians go exploring the motherland one plate at a time, all we have to say is, yeh dil maange more!

There was a time when every second restaurant served the same kind of food. Menus were extremely repetitive and multiple cuisines were muddled so as to satisfy even the most pickiest diner. But fortunately, that isn’t the case anymore — in South India alone, there are regional cuisines from Kongunadu, Chettinad, Kumbakonam and Madurai coming to the fore. And it’s an exciting time for us as chefs — because working on regional cuisines (I have been diving deep into Parsi, Bengali and Mangalorean flavours) means travel, meeting people to get authentic recipes, and understanding cultures outside of your own.

Milk, minus the moo!
This dairy-free revolution might have started because of hardcore animal activists on a mission. But these days, it’s being received with open arms for both flavour, variety and health benefits that include claims of clearer skin. From almond to cashew to soy and pistachio — what was once hard to find, and made in tiny batches, meaning whopping prices, is now a tetrapack product, shelved in mainstream supermarkets, with nut cheeses that we predict will soon follow.

While nut milks are a clean and healthy alternative to dairy, watch out for additional ingredients,
especially in cases of packaged nut milk. Chances are that those nut milks might contain sugar (in various forms), artificial flavours, sweeteners, colours, and other additives. Hence, it is best to make nut milk at home. It doesn’t take much – all you need to do is – soak nuts overnight and blend them with water the next day, followed by straining. 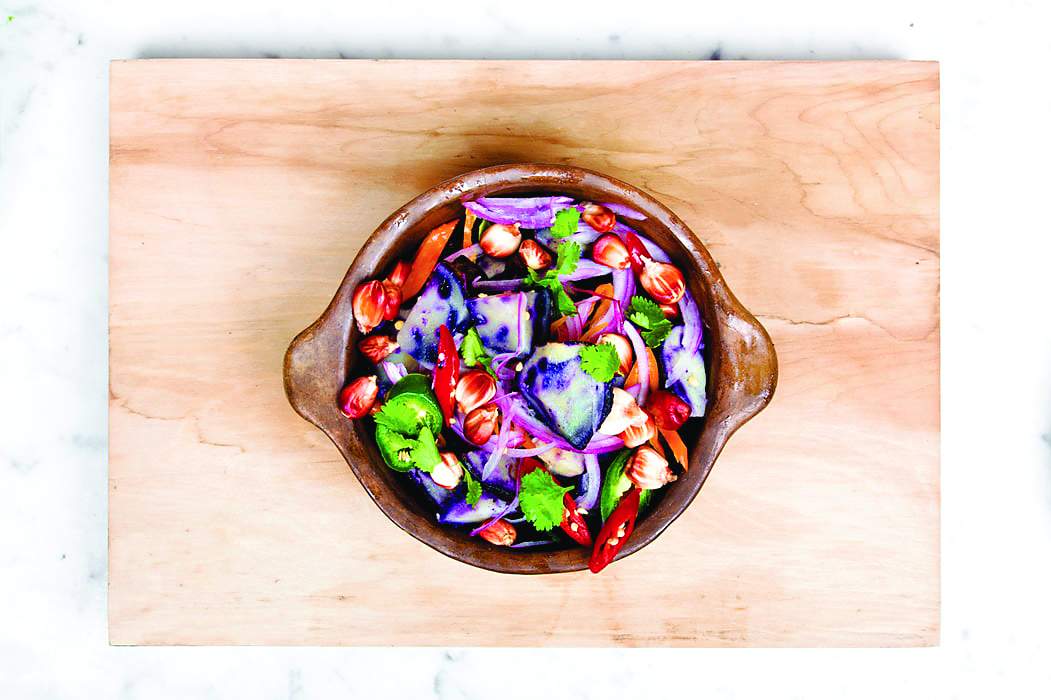 The Organic beet goes on...
What makes your food organic vary from country to country, depending on certain regulations, but in general, vegetables and fruits grown without the use of chemical pesticides and bio-engineered genes are considered organic. As people become more aware of the benefits of going completely organic, the trend which, in India, gathered momentum about six to seven years ago, continues to be strong, with the organic label extending to chocolates, poultry, meat and even beauty products.

Rice to the occasion
Going back to our roots has been a repeated theme for a while now — especially with our country’s burgeoning fields of forgotten grains. From Karuppu Kavuni, traditionally had when a girl attains puberty, to increase the iron in blood to light red Kaatu Yaanam that grows tall enough to hide an elephant, and is known to keep diabetes under control — the list of perks are just as long as the cooking time, in some cases. But with research bodies like AIM forward Seva and CIKS (Centre For Indian Knowledge Systems) championing the cause, as well as shelving these grains and five-star hotels merging them on new age menus — traditional grains are steadily getting the recognition they deserve.

With indigenous grains, I think the trend isn’t just going back to our roots  — but understanding why. For today’s millennials, medicinal benefits and reasoning that is revealed through research rather than just ‘my grandfather said’... is being received with curiosity and interest. Organisations like AIM for Seva and CIKS are popularising these grains by talking about these benefits — be it for diabetes or joint pain — and making them accessible.