When Chandler suggested Monica to return a pair of exorbitantly-priced leather boots to the store, we remember a shocked Rachel Greene gasping and asking Chandler to shush. "They'll hear you!" she says dramatically. We knew then that Rachel Green was meant for greatness in the fashion world, not just in the '90s but even today in popular culture. She went on to give us TV gold like her cropped t-shirt dungarees and shift dresses. Taking inspiration from all these outfits is 28-year-old fashion blogger Sreya Vittaldev, who has recreated a couple of memorable looks by Rachel. 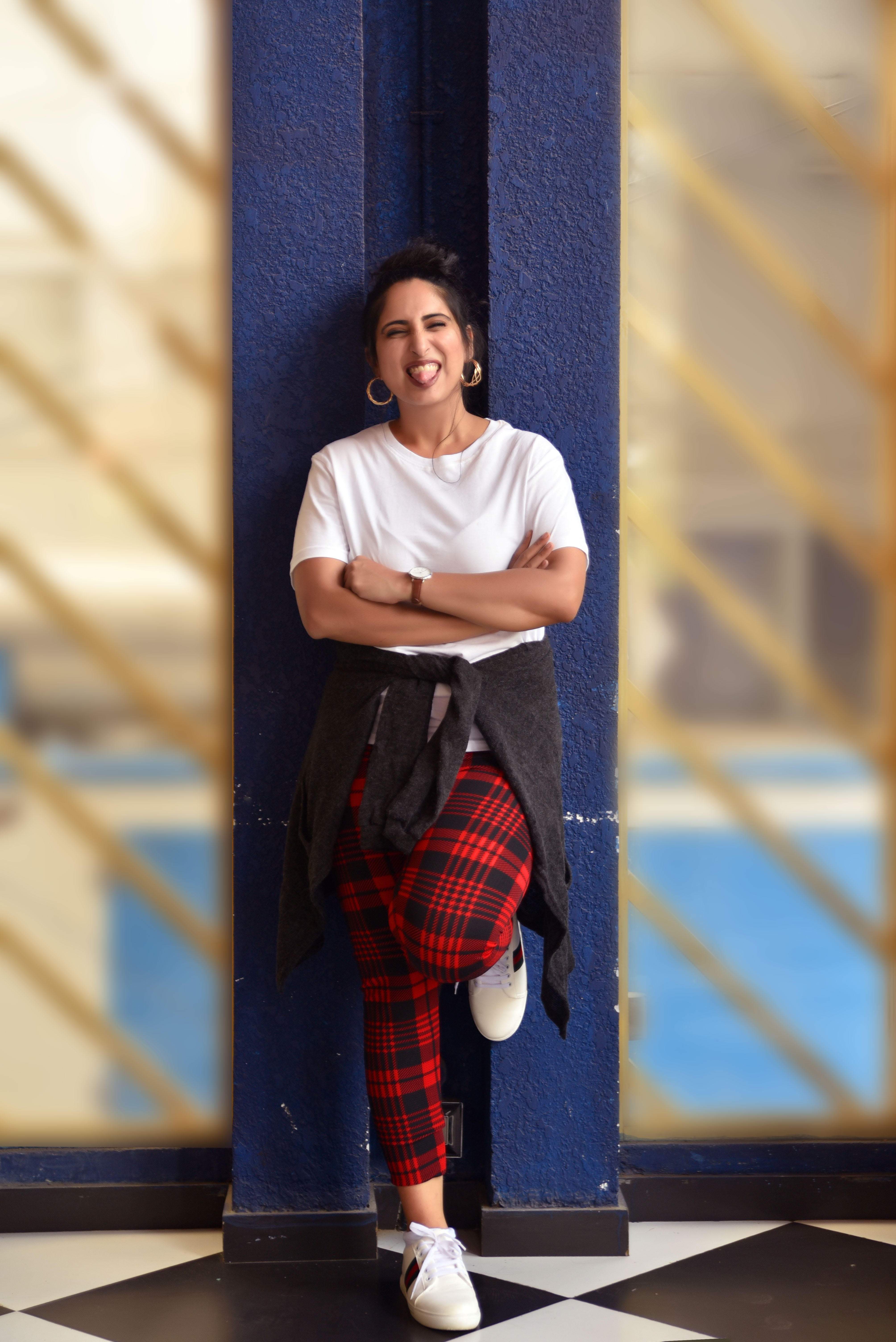 “Rachel Greene is an iconic symbol of ‘90s fashion, and I was obsessed with her retro outfits. She truly was the embodiment of all things ‘90s at that time,” says Sreya, who watched Friends for months and made a complete list of all the outfits she wore. While following a number of fashion instagrammers, she realised that everything they wear is expensive. She then decided to take on the project to recreate her iconic looks, with the biggest challenge being that she had to style it herself. "I stuck to looking for 90s staples - denim overalls/dungarees, t-shirts in solid colours and retro stripes, lot of plaid pieces, lots of casual sneakers, kitten heels and sandals (which were very popular in the 90s, Rachel's choice of footwear in the first 3 seasons leaned more towards these). I also made sure to pick out sheer fabrics in the form of a pantyhose, again a very 90s staple which Rachel donned underneath many of her bottoms. I particularly picked out a lightweight mini skater skirt and a well fitting slip dress, because that was a key element in Rachel Green's wardrobe." The slip dress particularly is quintessentially 90s and Rachel owned so many of them. The best part about all of these pieces, Sreya says, is that they have made a spectacular comeback today, specially the slip dress. "None of them are outrageous, they're all very versatile and comfortable to work with." Sreya, who previously worked with Swiggy launched the concept last week, with her first look -  Rachel’s plaid skirt and sweater combination from Season 1 Episode 19. “I gave my summery twist to it with a mustard high neck top with a green plaid skirt. The second was Rachel’s love for denim overalls through Season one and two. Then there was her beloved plaid outfits and graphic T-shirts and last, her slip dress styled ball gown she wore in Season 7.”  The fifth look will be out this week soon! Sreya is  currently working on two look-books that focus on south Indian fashion from the early and late 90s - based on Ramya Krishnan and Sridevi. “These South Indian fashion icons aren’t petite, so their mid size frame is the perfect inspiration for me.”