From White Horse Tavern in Rhose Island to Ye Olde Mitre in London, take a look at some of the oldest pubs in the world

Indulging in moonshine has been around since man discovered he had the skill to make some! Which means we have bars spanning America, Asia, Europe and beyond, that go back centuries. If you would like to weave in a stop at some of these historic taverns on your next holiday, there are several places to choose from. We round up some of the oldest watering holes from across the continents.

Ye Olde Mitre, London, England
This historic pub was set up in 1546 for the servants of Ely Palace, of which only the Ely Chapel exists today. This was during the reign of Queen Elizabeth I, and legend has it that she danced around the cherry tree that once marked its boundary with the diocese property. The stump of this tree still stands intact. Ye Olde Mitre did not play any music back then and was a bit cramped (this is still true of the place). It’s not an easy place to find, with the signage being small and it being located at the end of an alley right off Hatton Garden. When you step in, look for the stained-glass mitre, the toy-size furniture at the front bar as well as the skylight, all reminiscent of an era gone by. Mitre is known for its home-made bar snacks and takes pride in not serving up chips. Their toasted sandwiches like the Ham & Cheese and Cheese & Pickle are great. Do try the Scotch Eggs and Pork Pie and wash it all down with a pint.

White Horse Tavern, Rhode Island, USA
Originally constructed to be the two-storied home of a Francis Brinley in 1652, it was converted to a tavern in 1673. In 1702, it came to be run by innkeeper William Mayes, a notorious pirate who enjoyed the protection of the townsfolk against officials seeking him out. The ancient property was restored in 1954, saving it from sure demolition. Today, it is recognised as a National Historic Landmark and is placed on the National Register of Historic Places. It is currently under the management of its 9th owner in 350 years, a Newport-based company. White Horse Tavern offers Sunday brunches as well as lunch and dinner on all days. Dinner has a smart-casual dress code, while lunches are more informal. Enjoy their Raw Bar at lunch, with Narrangansett Bay Littlenecks, Local England Oysters and more. From Chowders, to salads to Crispy Pork Belly and Truffle Frites there is so much on offer. White Horse Tavern also has an extensive wine menu, served by the glass and bottle. 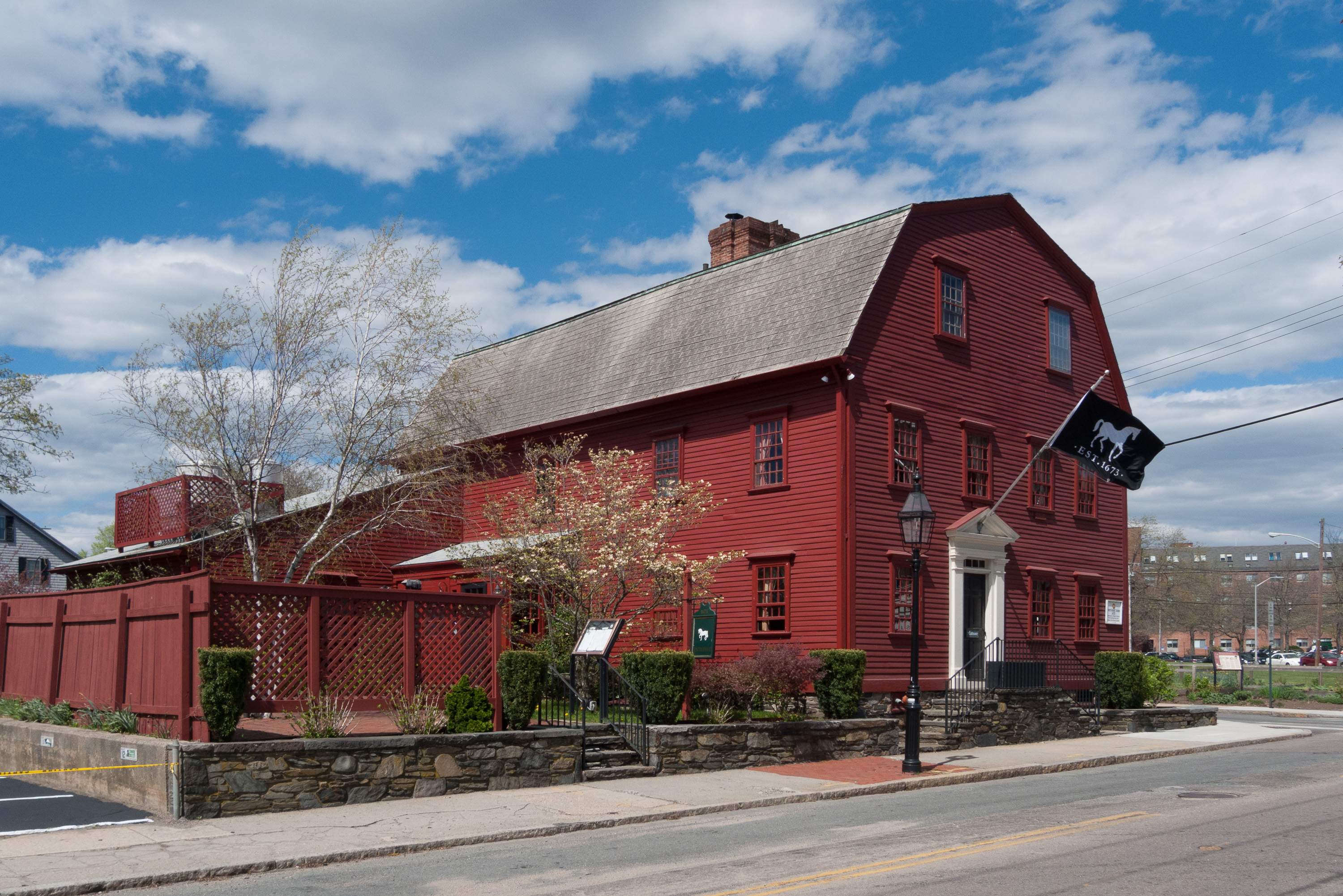 Sean’s Bar, Westmeath, Ireland
Sean’s Bar in Ireland has seen scores of people stop over for a drink, a chat and some music too, for a thousand years now. Set in Athlone, the heart of the country, it is located on the banks of River Shannon, at an intersection, which was an ancient route that created a safe passage for all those who travelled here. Renovators in the 1970s found that the walls were made of wattle and wicker, a technique that goes back to the 10th century. Sean’s Bar has its own specially-blended Irish whisky that it retails as Luain Edition, dedicated to the first owner of the bar. In fact, the bar has a record of every owner since it opened its doors. A name you might find familiar in that list is that of singer Boy George, who ran the place for a while in the 1980s. On the menu, besides a good tipple, are choices like Pierogies and Grilled Onions, Garlic Parm Pretzels, Smithwick’s flat wrap with braised roast beef, the Havanero Ranch Crunchy chicken wrap and burgers like the Shroom, with molten cheese or the Blackened Bleu with Cajun spices. And what’s more, the oven they use is the same one the bar first opened with! 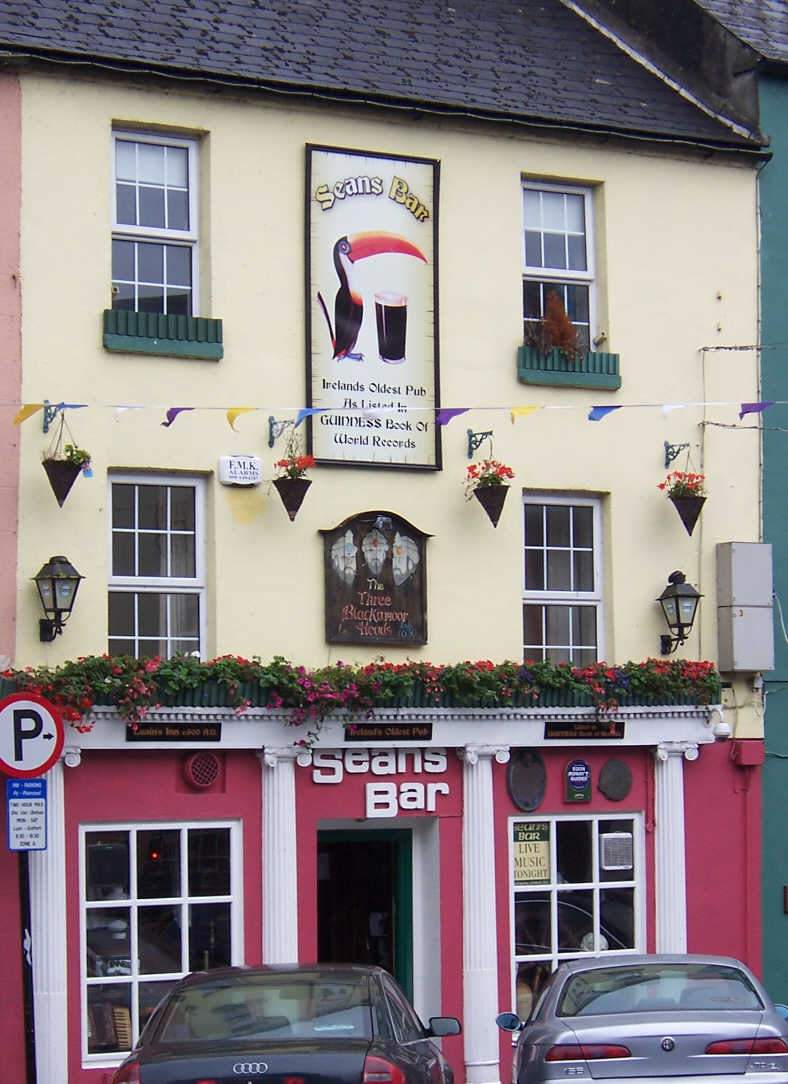 Fireman’s Arm, Cape Town, South Africa
South Africa’s oldest pub is located close to Cape Town’s tallest building Portside right on Buitengracht Street. Fireman’s Arms was established in 1864 and has since then undergone a number of renovations. However, most of the original structure has been kept intact to bring in that old world charm, making it quite the hotspot for tourists and locals. A sporting hub, you will find a lot of sports memorabilia behind the bar counters here. And it is the place to be during major game screenings. Fireman’s Arms has around 25 beers on tap and so you are sure to find one that works for you. They have special offers on draughts on Mondays. Thursdays are in keeping with the Phuza culture (Zulu term for drinking; where Thursday nights are akin to Fridays for binge drinking) and is quiz night. It serves up some great pub grub, from focaccia to homemade soups and salads, as well as mains that range from steaks, to pies, curries, pizza, and fish and chips. There are some premium toppings like escargot to choose from and the dessert menu is definitely something to make room for. Cervejaria Bohemia, Rio de Janeiro,  Brazil
Henrique Leiden, from Germany, is credited with founding the brewing industry in Brazil. A decade later, in 1853, Henrique Kremer took over and expanded on the business. It got its name, Cervejaria Bohemia or Bohemia Brewery in 1898. The first lager to be produced in Brazil came from here. The brewery has a rooftop restaurant and a bar with a delicious menu to accompany the various beers produced there. Beers like the Vienna, Quitandinha, Bohemia, Petropolis, Bock Malt and Black Ball all come from Bohemia. Beginning 2002, Bohemia Brewery began releasing labels with limited editions such as the Schwarzbier-styled Bohemia Escura. Do try the Bohemia Oaken, which is the first beer in Brazil to mature brews in oak barrels. The restaurant is museum-styled and has a menu that is beer paired. 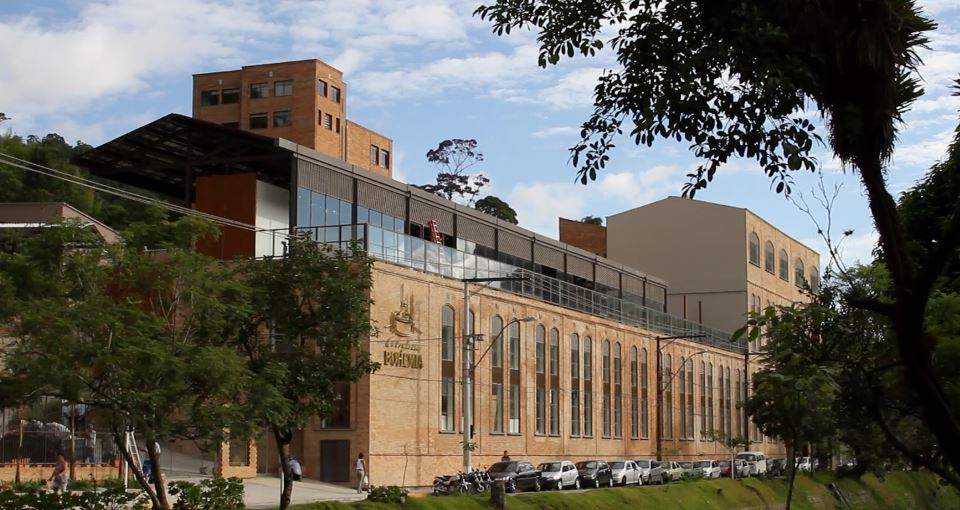 Bush Inn, Tasmania, Australia
The Australian pub, Bush Inn is located in New Norfolk, Tasmania and believed to be one of the oldest operating pubs in the country. The year of establishment is still under contention, with some claiming 1815 and others 1825. It has however, secured for itself, the Australian Heritage listing. In its early years, the inn had the reputation of being ‘a shady thieves’ kitchen’, but it was converted to a respectable public house by a Mrs Bridger. Today, the hotel has three bars, 20 rooms and a bistro with magnificent views of the Derwent River. It also retains a great amount of timberwork, has log fires blazing in all bar and dining areas, and an array of antiques and historic items. Among the choices for the main meals are the Roast of the Day, Chicken Kiev, Crumbed Scallops, Rump steak and a good Porterhouse Steak. 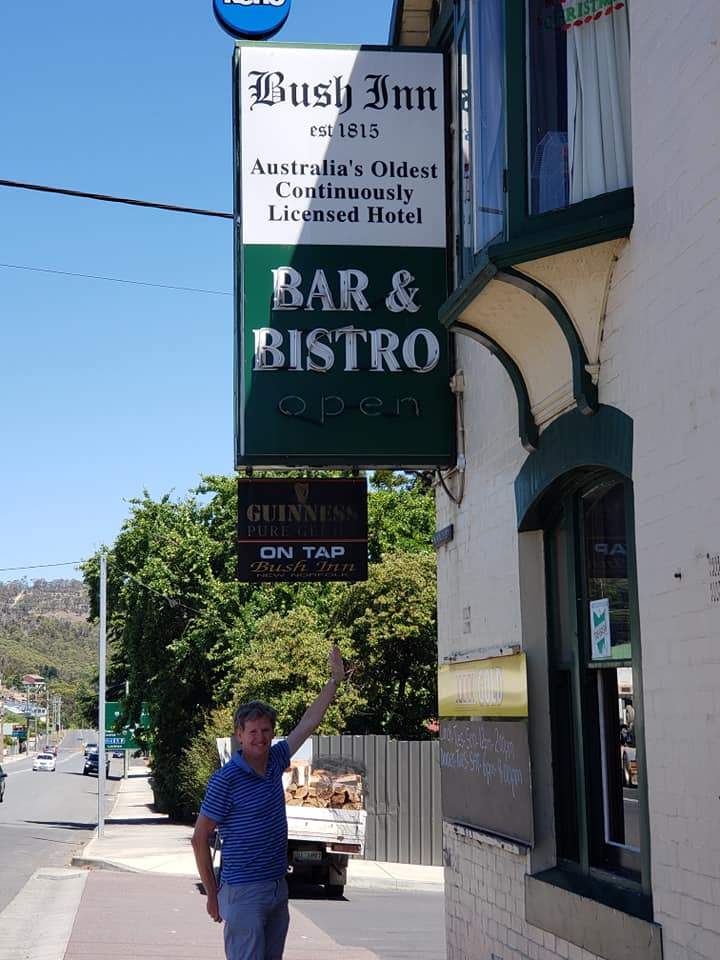