2020 was the year for smart spaces - crafty, well-judged and meticulous set-ups that are ambience-forward and offered more than just an expert-run kitchen, because people simply refused to step out unless they had a very good reason to. The newly opened Zold - Cafe and Kitchen, doubles down on the strategy of curating an urbane, engaging hang that aces the long-stay memo; besides the effort, it has quite a lot of things going for it. For starters, the 1,500 square feet space overlooks the uncluttered Southern Avenue greenery, and the wall-to-wall glass windows are ideal for sunny winter brunches. 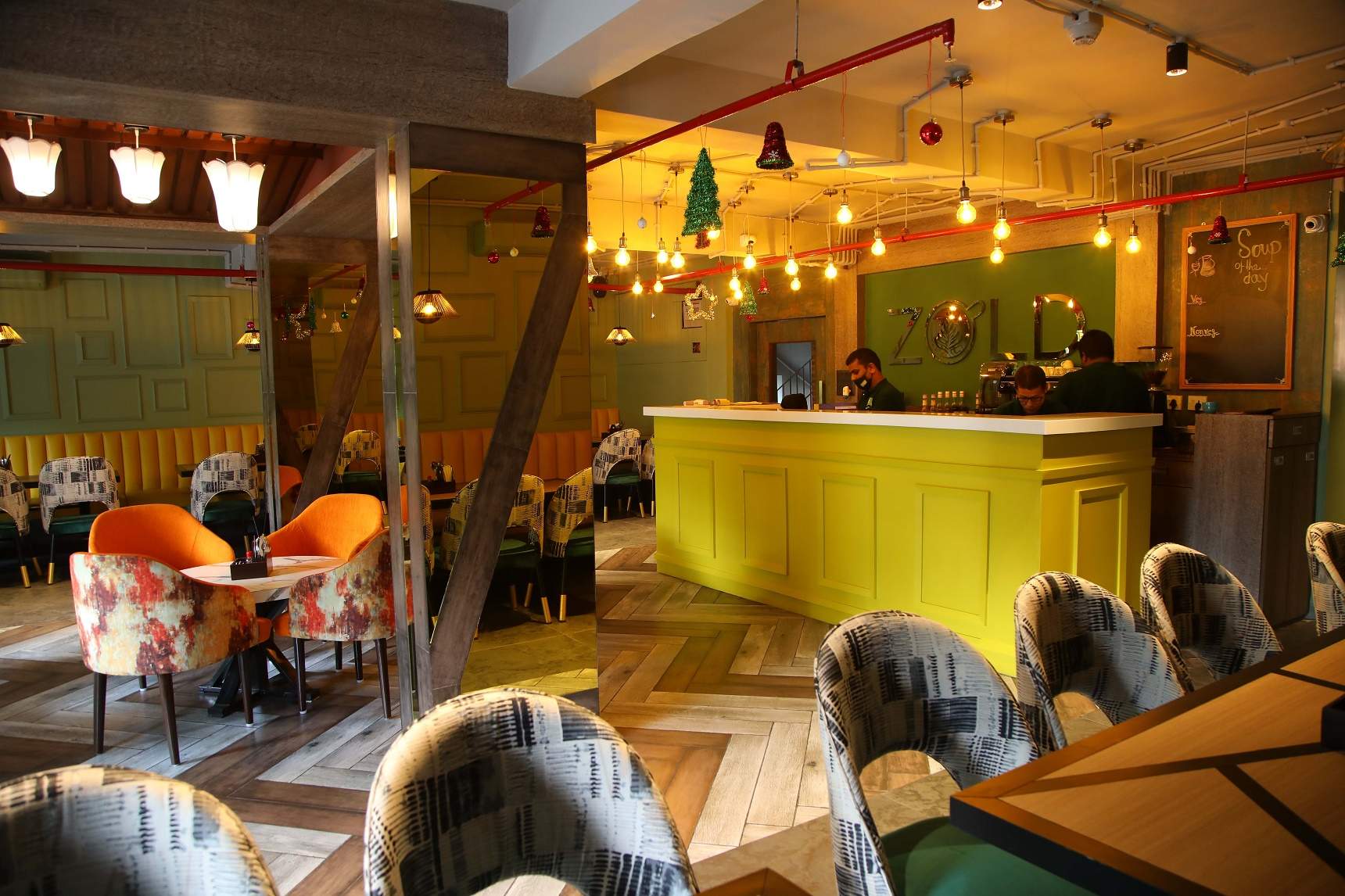 The word ‘zold’ means green in Hungarian and the Nordic green walls aside, there are some very downplayed Scandinavian touches strewn about across the joint, like the rested wooden flooring, the clean breaks in seating areas, glass accents, indoor hooded pendant bulbs etc, all of which add to the discerning, uptown vibe.

The menu is intelligent and cohesive, and diverse enough to keep the patrons engaged for long; it expands upon a familiar brunch line-up to include some elaborate specialty items and interesting shareable plates. There’s a section dedicated to eggs of course, then there’s an array of easy bites like Genovese Pesto Marinated Bocconcini and Seafood Pil Pil served with Mesclun. Our favourite pick was Veg Pot Stickers that were finished with a soy ginger glaze. Do make it a point to sample at least one salad from Zold’s menu; we went for the Zold Special Caesar Salad with Crusted Chicken which was well-seasoned and sharp.

But a fantastic winter option would be the impeccably plated Melon with Peach Tartar Steak that is served with Marinated Quinoa and Dill and features some heady notes. We were delighted to spot a Meatloaf on the menu, since it’s difficult to score a classic one in Kolkata. And considering the dish’s Scandi heritage, it definitely makes a lot of sense that it’d find a place on the menu. Zold serves it with an impressive potato souffle and pepper coulis.

We also sampled some Eggplant and Zucchini Parmigiana, impressively laden with parmesan and fresh pomodoro cheese. It leans towards a complex, layered taste and is not too overworked, which is great. For dessert, we settled for the Zold Signature Chocolate Brownie that makes judicious use of a Belgium chocolate base and has a fudge-y centre; the brownie has a really interesting texture, it’s dense and not too cakey and somewhat of an upgrade of old school versions since its a bit more modernised. We paired the brownie with a superb Zold White hot Chocolate served in a chocolate-rimmed cup with marshmallows. Hot tip: Don’t miss their coolers and smoothies, the Zold Special Guava Smoothie is a total winner.