While Electronic City has IT parks and millennials aplenty, it was lacking a brewery. The newly opened 46 Ounces Brewgarden hopes to fill this gap. With an open al fresco set-up, a small pond and accents of pine wood, this brewery is a welcome pocket of green in the locality. We went there on a Friday afternoon for a lunch hosted by executive chef Suvaranjan Banerjee.

The brewery is operated by master brewers Marius Spurfled  from Germany and Raymond Muehlman from the US, both with brewing experience in many countries. Currently, they have options such as Blonde Ale, Juicy Ale, Hefeweizen, IPA and Kölsch. Our favourite was the Hefeweizen, a German-style wheat beer with notes of banana, clove and vanilla. We also liked the light beer, Kölsch, which not many breweries in the city offer.

We settled down after a tour of the brewery with a tall glass of Hefeweizen, as a spread of starters were served to us. The first appetiser we tried was also our favourite — Ram Laddu, a much-loved street food from Delhi. The “ladoos” are small pakoras made of moong dal topped with shredded radish and a spicy sauce. Next, we tried the Murg Mathania — succulent chicken marinated in Rajasthani Mathania chilies.

A must-try is the chef’s signature Chatpata Aloo Bhakarwadi. The Gujarati pinwheel-shaped sweet and spicy snack is given a twist here with a spicy potato filling, “I call it my samosa with a twist,” the chef says jokingly. 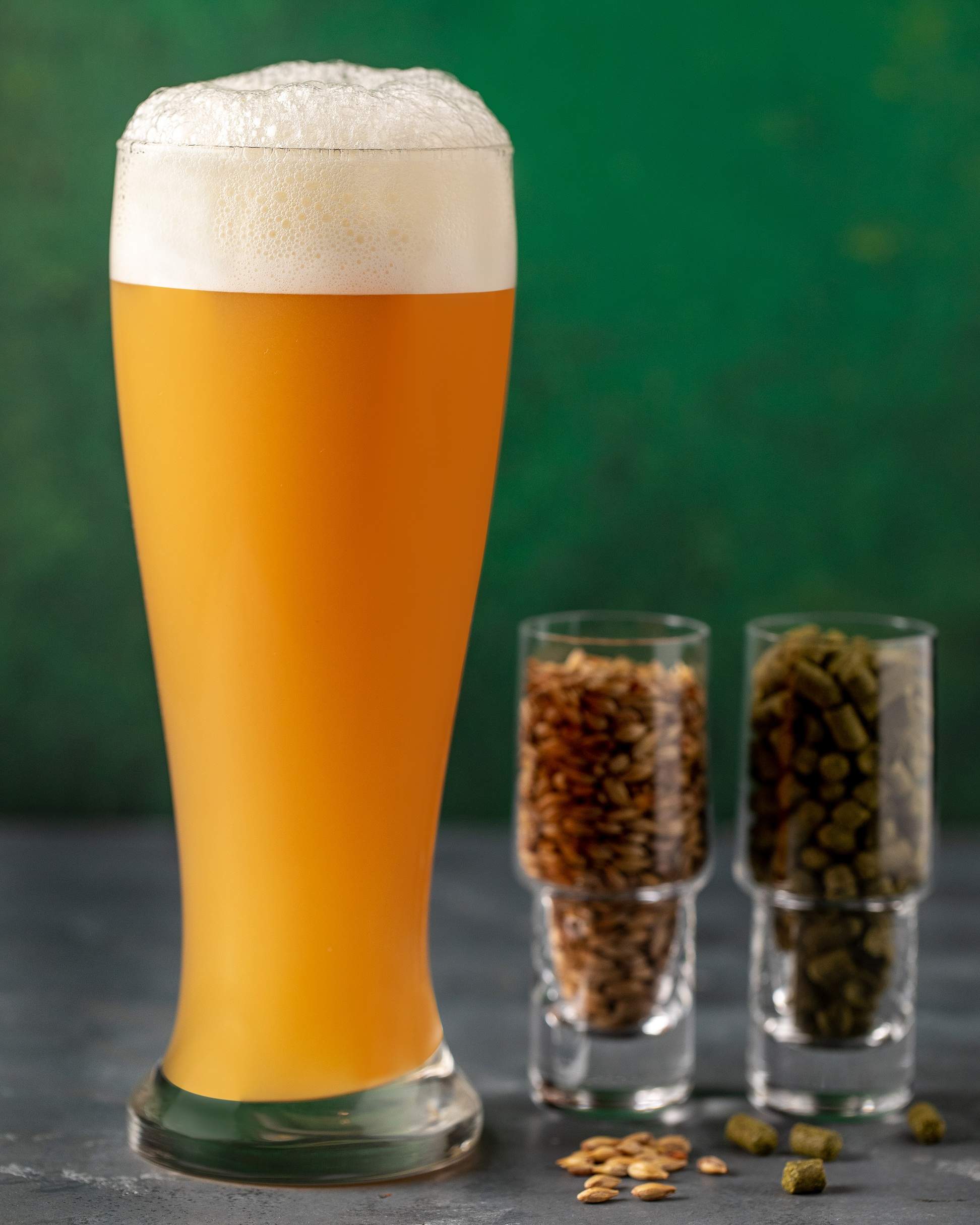 While the menu focusses on bar eats, they offer main course as well. We sampled two wood-fired pizzas — The Pizza Indiana (with paneer tikka and green chilies) and the Four Cheese Pizza (with cheddar, bocconcini, parmesan and Danish blue cheese). “All our pizzas have caper salt on them for depth of flavour,” the chef tells us as we bite into the thin crust. The menu also has Indian, Italian and continental dishes.

To end our meal, we were treated to their homemade ice-cream. The Fig, Rum and Almond ice cream was a hit because of the winning combination of flavours and texture. 46 Ounces Brewgarden scores  high on ambiance and choice of brewed beers — a much-needed escape in the suburb.

Rs. 1,600 for two. At The Oterra
Luxury Hotel, Electronic City