The Persian Terrace
The Persian Terrace at Sheraton Grand Bangalore Hotel at Brigade Gateway re-opened its doors last week with an intimate dinner for a few select guests. The restaurant was closed due to the pandemic for a major part of 2020, so they have now introduced some new dishes for the re-opening. This new menu is still rooted in authentic Persian, Arabian and Middle Eastern flavours.

The cosy cabanas, the poolside setting and the view of the glittering World Trade Centre were a welcoming sight on the breezy evening we paid them a visit. Lebanese hand pies, called Sambuseks, are one of the new additions to the menu. Stuffed with cheese, raisins and dry mint, these samosa-like dishes were an instant favourite, especially with the tahini dip that they came with. We were also treated to the Chelo Kebab Kobiddeh. Served on a bed of flavoured rice, these lamb kebabs were spiced with a traditional Turkish spice mix and grilled to perfection. Seafood lovers should try the Mahi Kebabs — flaky fish fillets in a delicate saffron marinade. For the main course, our recommendation would be the Khoreish Bameih, an Iranian lamb and okra stew which has a unique combination of textures.

Overall, the meal impressed us with the unusual dishes that they offered.  Visit The Persian Terrace for the picturesque ambience as well as a new look at Middle Eastern flavours.

Baluchi
The cuisine from thNorth West Frontier province may not be uncommon in the city, but there’s something special about Baluchi at The LaLit Ashok Bangalore, which was missed by loyal patrons as it was shut due to the pandemic. But last week, Baluchi re-opened its doors and we stopped by to sample some of the new additions to their menu and also tuck into their signature dishes.

We started our meal with the Palak Papad ke Kebab which is a new entry. It features mashed palak stuffed with cheese and coated with crushed papad. The combination of cheese and moist palak worked perfectly and the chef explained that the cheese helped the palak retain its moisture and that’s what made it so delicious. 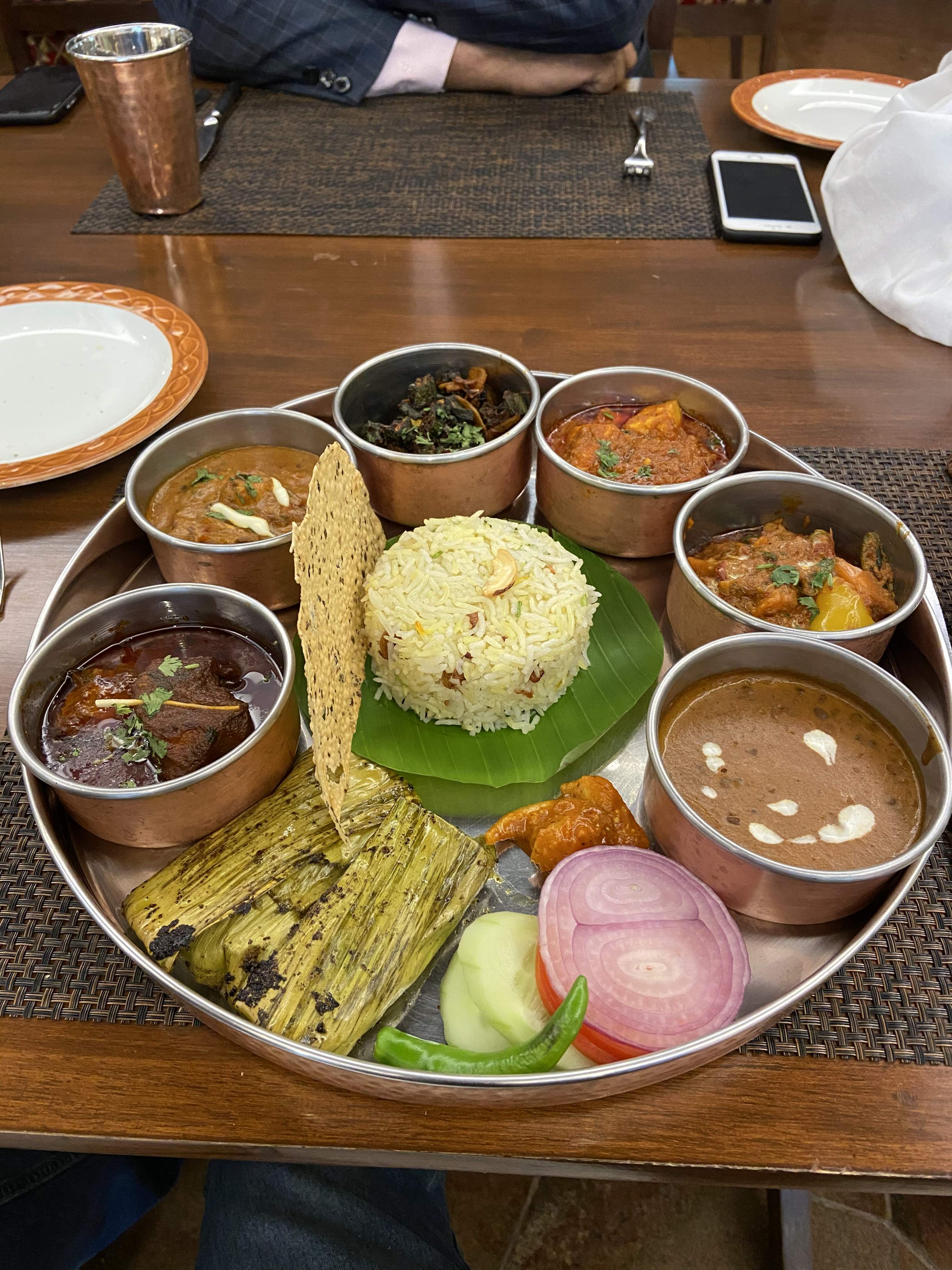 From the main course, we enjoyed the Balti Murgh and Lal Mirch Ka Paneer. The creamy gravy of the Balti Murgh paired well with freshly made naan, and the chicken was tender. The Lal Mirch Ka Paneer was made with a Mathania chilli-based masala. The rich and spicy gravy with cubes of soft and pillowy paneer went well with both the rice and the naan. From the desserts, we tried the Lauki (bottle gourd) Ka Halwa, which was quite delectable. It is definitely a must-try, especially for those who will not eat the vegetable in any other form. However, if you are going back to Baluchi for its signature dishes such as Lachchedaar Aloo, Dorei Wali Seekh, Balkash Rubina, Laal Maas and Baluch Zaffrani Ghosht Biryani, then be assured that you won’t be disappointed.