Pumpkin beer to pork knuckles, here is our meaty list of treats for Oktoberfest celebrations in Chennai

On till the first Sunday of October, this is the 186th edition of the Oktoberfest and Munich is going to town with it. The Bavarian folk festival is one of the world’s biggest party destinations where the action is at Wiesn (Theresa’s Meadows) where you can hobnob with the likes of Arnold Schwarzenegger who was partying there last weekend. Meanwhile, not to be left behind — those who are not zipping across to Germany for the festivities can have a pint or two with our own, as the city hotels lay out the best of beers, sausages, sauerkraut and pretzels to recreate the Oktoberfest vibe right here, right now!

Knuckle up
Oktoberfest is always a boisterous and fun event at 365 AS, Hyatt Regency Chennai. This time, the signature striped tents and the German band took it up a few notches. The Pork Knuckle from their special menu was the talk of the town and bar offerings like the Beef Goulash, Chicken and Pork Schnitzel, Blond Beer Roasted Chicken, Roast Pork Knuckles, Kaiserschmarrn Plum Compote (pancake) and Rote Grütze (berry dessert). Open for dinner only. 7 pm to 11 pm Price: INR 1,599++ and INR 2,299 ++ per head. 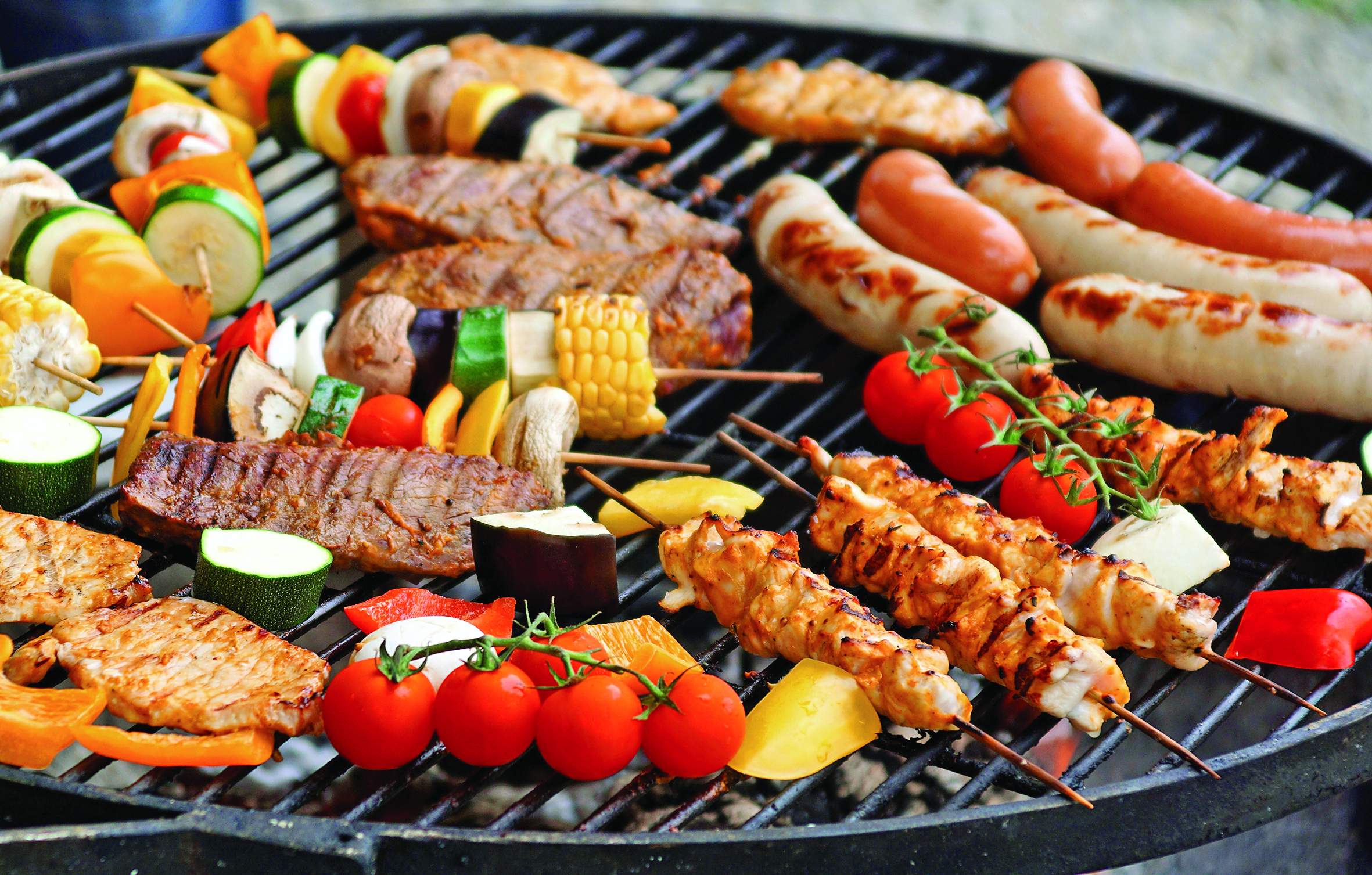 On the grill
At Crowne Plaza Chennai Adyar Park, it is all about the grills at the special barbeque by the poolside, where you can expect the traditional cobalt-blue-and-white décor and some German folk music. Making it a week-long celebration, they are offering the best of meats and seafood. The Sunday Brunch is the big spread and will be a languorous affair with quintessential foamy beers and also bubbly. October 1 to 6. 12.30 pm to 3 pm on October 6, @ INR 2,250 + taxes without beverages. 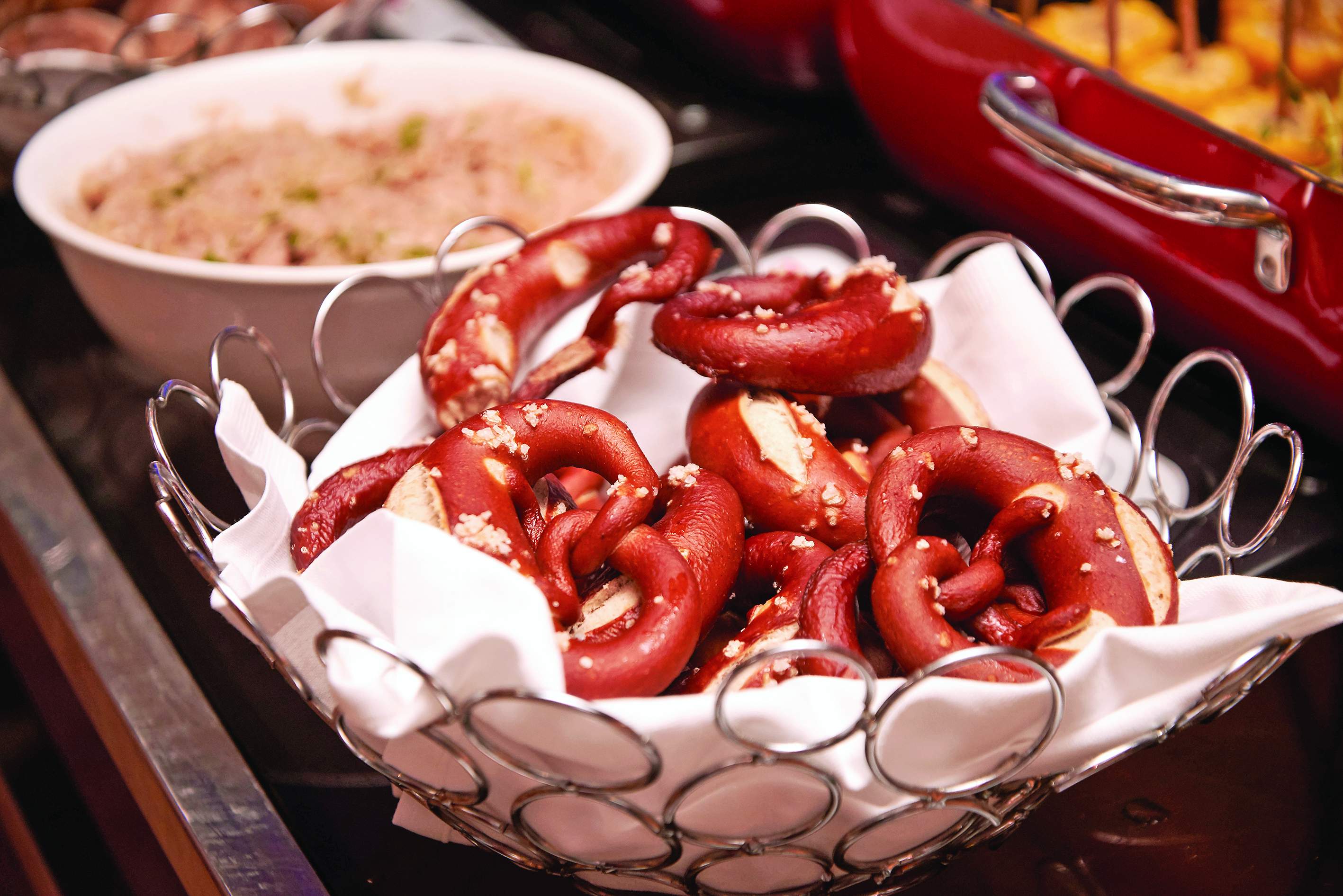 Who moved my pretzel?
For the festivities at the Vintage Bank — expect pretzels, Skinless Frankfurters, Bratwurst, Weisswurst Sausages, Steckerlfisch (Grilled fish on a stick), Schnitzels and Knödel (Potato or flour dumplings) — alongside the mandatory German beers. Load up on the Knödel  — it replaces the mash and the bread perfectly when paired with the meats. Price: Each dish is @ INR 549 and per pint of German beer @INR 550 onwards.

Holy schnitzel!
While the Bavarian staples are definitely on the menu — we think that a beer and pizza combo is irresistible.  The Chipstead bar is offering bites like the Gun Powdered Tossed Steamed Rice Cakes with pearl onions, Spice tossed crispy corn kernels and the Charcoal Pizza Tartufata.  @  INR 1,600 — unlimited pour. The Lady Connemara Bar at Taj Connemara, meanwhile, has paired the beers with small plates of German staples like chicken schnitzel. Five Hoegarden beers with a Platter of Chicken Sausage @ INR 1,750. 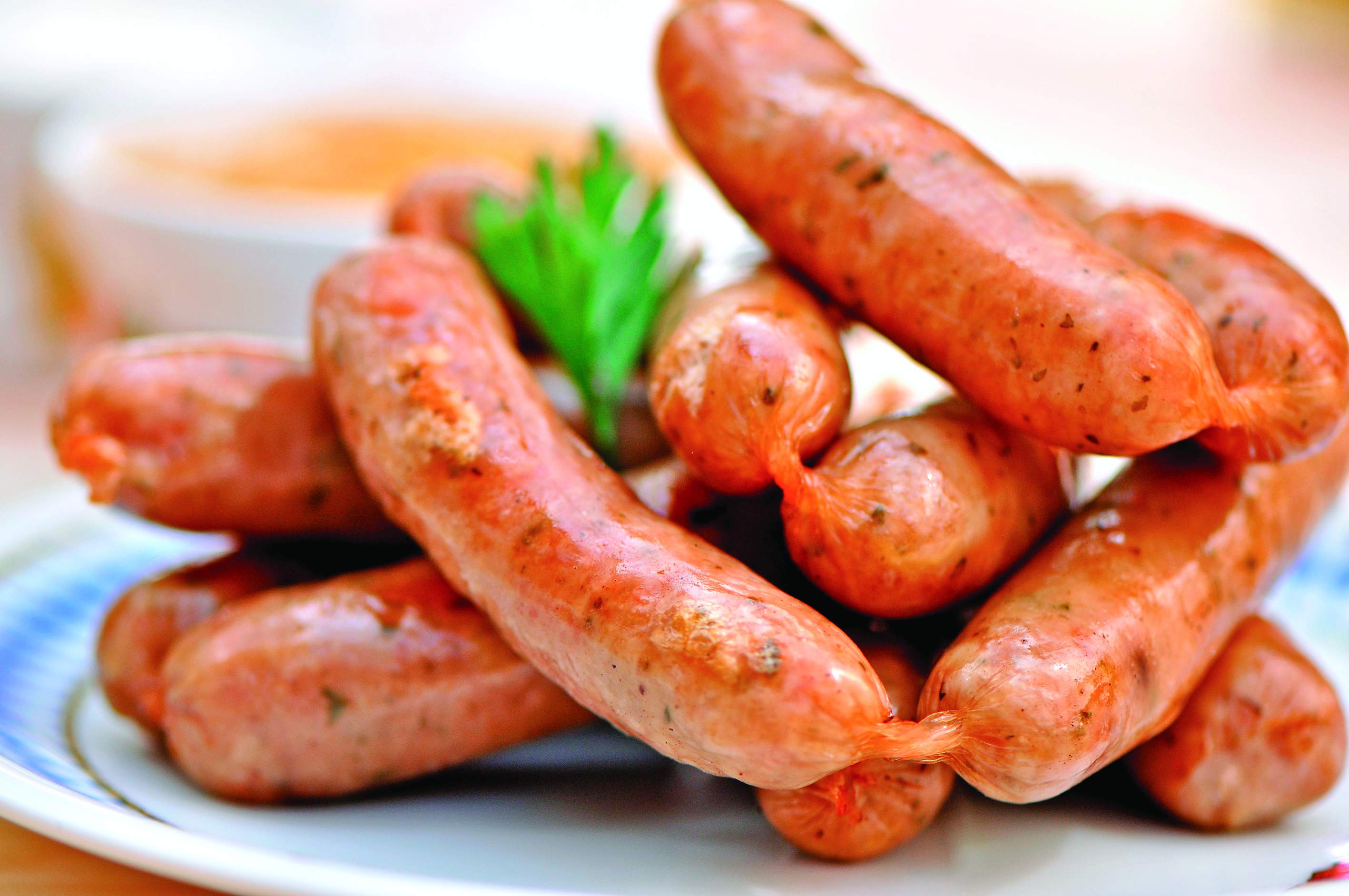 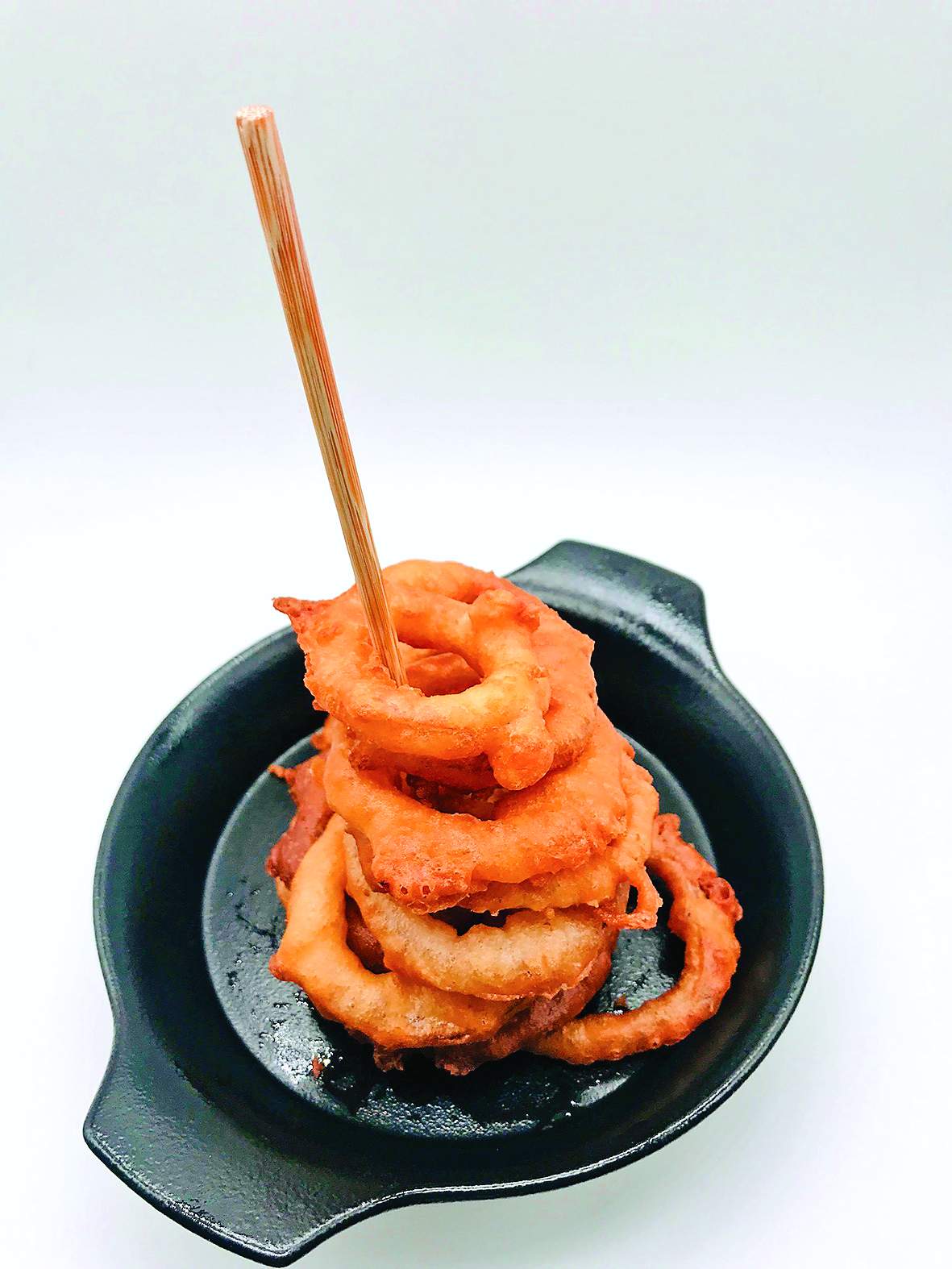 Lord of the rings
The Park Chennai is all set with an authentic Bavarian spread that promises many favourites at The Leather Bar — the beer-battered onion rings (Zwiebelringe im bierteig)  are great as a bar snack and we suggest you go heavy on the sour cream and mustard! From the sausages — the grilled pork curly ones have our vote, as well as the kartoffel salat (potato salad). Unlimited domestic beer and BBQ Buffet: INR 1,899. Unlimited imported beer and BBQ Buffet: INR 2,199. (Wednesday- Sunday from 7 pm - 11.30 pm). 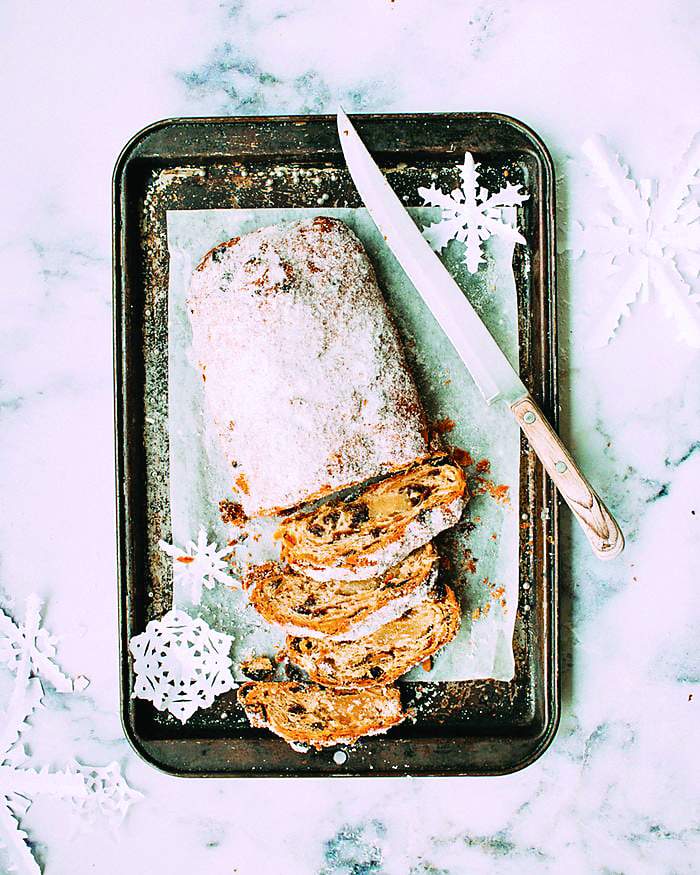 Stollen dreams
At the Madras Pavilion, the one-day extravaganza has a scrumptious spread of pretzels and sliders (smoked chicken, fish, lamb, paprika and cottage cheese). The grills have piles of sausages, while our eyes are on the desserts —  the schwarzwälder kirschtorte (black forest cake), Cream horns, Apple Strudel and Stollen — the famous German festive cake, stuffed with dry fruits. At ITC Grand Chola, only brunch on September 29 (Sunday), Price @ INR 2,500 onwards per person.

We’re going to obatzda!
From Bavarian sausages, pretzels, roast pork, sauerkraut to obatzda, the Rhapsody Lounge Bar is definitely in Oktoberfest mode! And if you are wondering why we are excited about the obatzda — it is because we believe that cheese makes the world go round! This dish has aged soft cheese, usually Camembert and plenty of butter. For flavour it has paprika and of course a dash of beer! Price: Unlimited beer with snacks @ INR 1,799 ++.