Ramadan special: Ever tasted an iftar-inspired Sloppy Joe? Here are five novel finds in Chennai to break your fast

Everyone needs to get their hands on an iftar parcel, stat. Whether you’re fasting, feasting, dieting or just want to order in something delicious after the sun goes down — there couldn’t be a better time to do it than right now. After years of following regulars in the biz, delivering the usual staples in a box (dates, spring rolls and kebabs) we decided to shake things up and shop around for unusual and inspired offerings and curate our own iftar box instead. Hold up, we do have one mandate before you read any further — a Godzilla-size appetite. You’re going to need it!

Iftar Sloppy Joe
East meets West with this fun idea. The Dough Heads, a cloud kitchen known for everything from Korean chicken to mollaggabajji in their burgers has introduced a new option on the menu, especially for the Ramadan month — an Iftar Sloppy Joe! Pav buns are filled with slow-cooked mutton kheema, pickled onions, a red chilli thecha aioli and a good ol’ bull’s eye on top to finish! At INR 250. Nargisi Kebab
Scotch eggs are not often found in an iftar rollout. But Yasmin Osman’s Nargisi Kebab, essentially a scotch egg, but with succulent mutton kebab instead has been a longtime favourite for her regulars in Chennai; for a few decades now. Interestingly enough, this dish is a marriage of the Mughlai Nargisi Kofta that inspired the traditional British Scotch Egg, wrapped in meat. Fifteen pieces at INR 1,000. 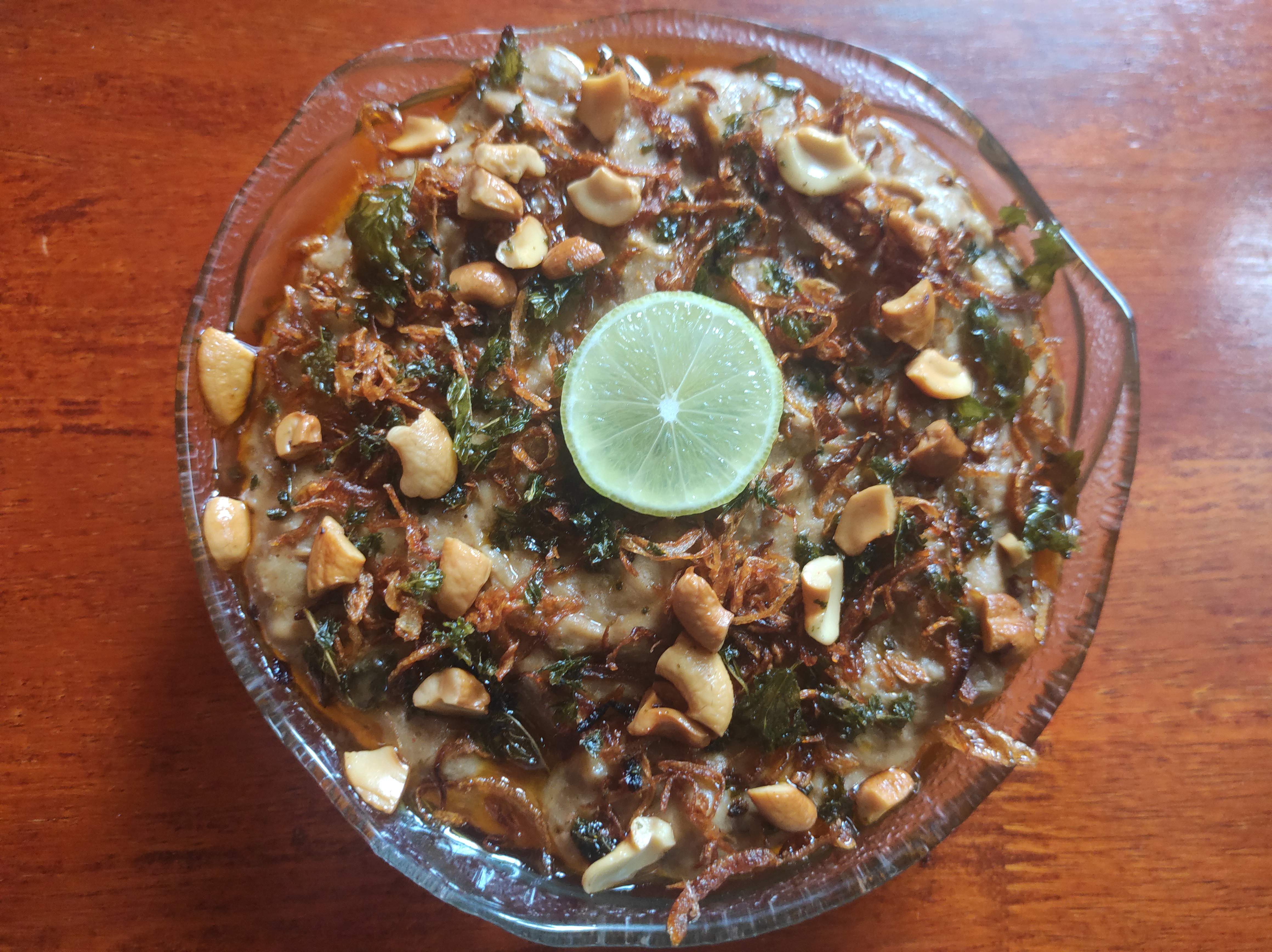 Dhaleem
Twenty-four-year-old Urooj Quraishi is the newest player in town serving haleem. Except this youngster calls the dish which is most popular during Ramadan — ‘dhaleem’ instead. The reason, she tells us, is that this nutrition-dense dish — which came to Hyderabad during the Mughal period via Iran and Afghanistan was originally called dhaleem because of the variety of dals used. Expect thick spoonfuls of mutton, wheat and lentils with a liberal dose of spice. Available on the Instagram handle, Sufry Dhaleem. 275 gms at INR 250 and upwards. Keto biryani
Fitness enthusiasts are going to love this option. LoCal by Dumbell swaps rice for blitzed cauliflower cooked with flavourful spices like cinnamon, cardamom, ginger and garlic paired with peri peri chicken. You could also choose the paneer version if you are vegetarian. Prepared with a minimal amount of non-refined oil and served with fresh raitha, this dish is all of 480 calories. The average biryani is double the calories, for those wondering. 400 grams at INR 299. Mutton vada
Crunchy on the outside with savoury minced mutton on the inside, this Mutton Vada that is native to Tamil-Muslim households is a great pick-me-up after a long day of fasting. And we chose it because despite it being a staple evening snack, this rich non-vegetarian rendition is not commonly found in iftar boxes around this time of year. A chicken variant is also available if you prefer, as part of the Sahib’s Biryani Iftar pack. The Mutton vada is also the perfect accompaniment to the Mutton Nombu Kanji which is part of the mix and is served with a special thuvaiyal. Price on request.