What if eating ice-cream wasn’t only about picking out flavours and toppings but came with a whole new experience? The newly unveiled Cold Stone Creamery in Hyderabad offers just that. They made their foray into the City of Nizams recently with two new outlets — one at HSR Eden Building, Banjara Hills and the other at SP Road, Begumpet in Hyderabad. We were told that the Authentic American brand has over 32 years of history, with a presence in 25 countries. Hence, we visited the Banjara Hills branch to see what’s in store. 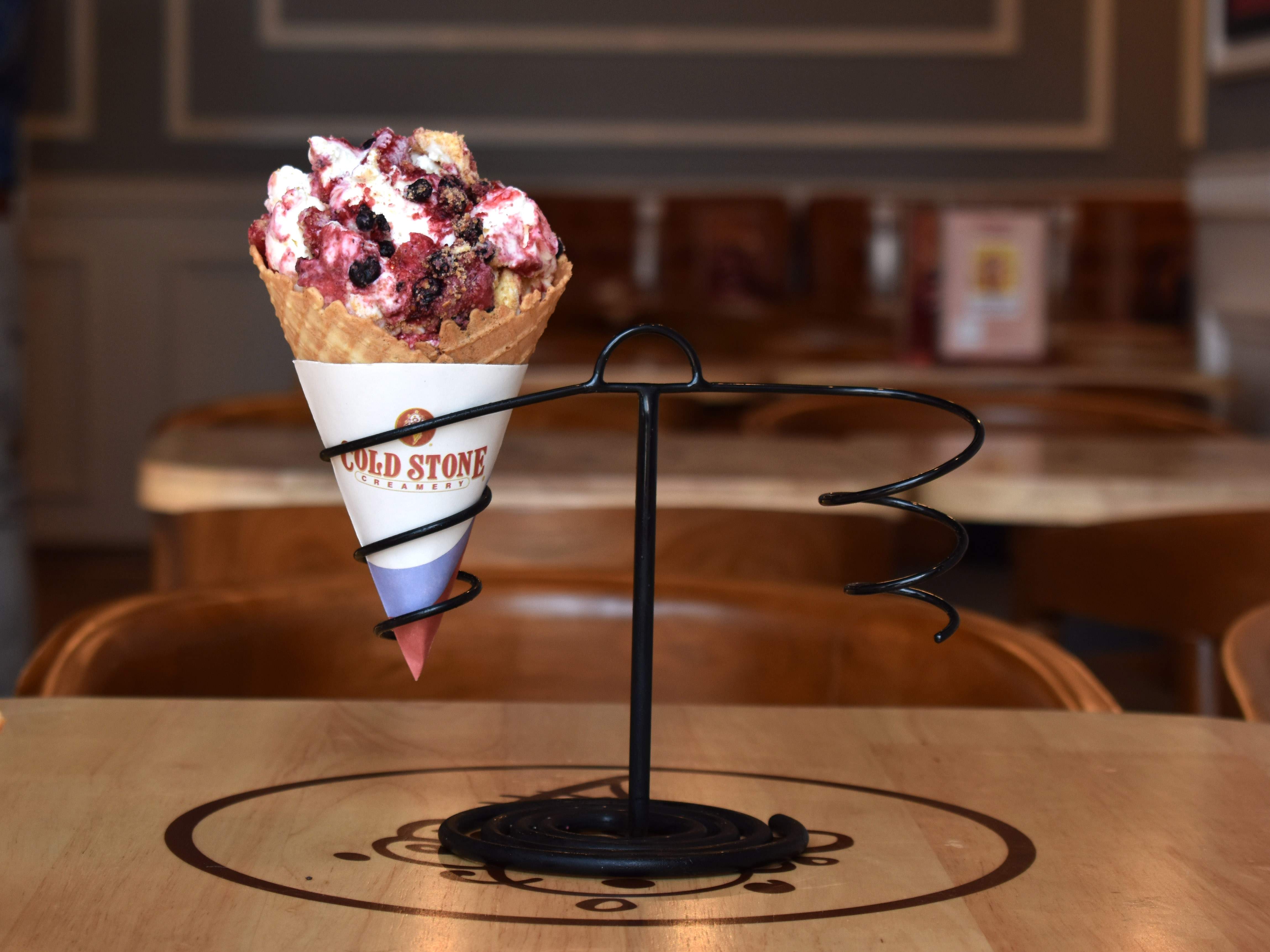 One must mention, that the vibrant red walls and the view of the road from where you can see the KBR Park make for a quaint setting to enjoy your ice-cream or smoothies. The walls are decked with framed pictures with quirky captions, often indicating that the desserts you are served here are creamier than you will find anywhere else. For instance, one of them reads, “America is built on freedom and 14 per cent creamier ice creams.”  The moment we entered, we were ushered in by the crew, who not only enquired about our taste in ice-cream to rustle up a cone of favourites but also insisted on juggling! Yes, the crew here is adept at juggling the ice-creams to put on a little show for you and your camera before they whip it up and serve it in a cone. They also break into a song and dance routine and sometimes juggle to entertain guests. 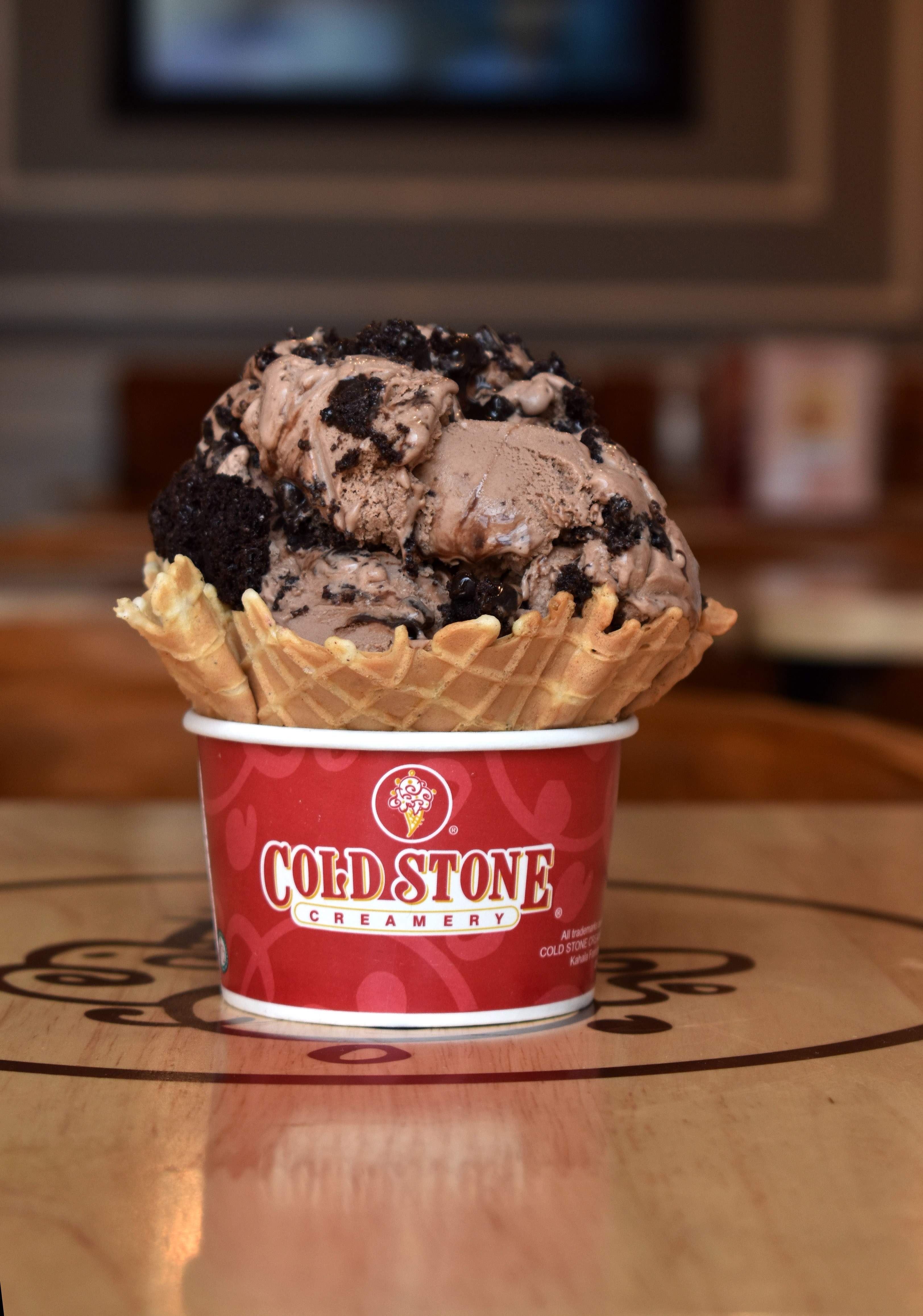 If you are particular about the choice of flavours and toppings, you could choose from their ‘Create Your Own’ concepts where ice-cream is customised for each guest by combining a variety of mix-ins. Once we go behind the parlour we find out that they follow a ‘chop-chop-fold-fold’ process which ensures that the flavours stay intact. Also, the list from which you can pick your flavours is extensive — from French Vanilla to Chocolate, Rose Falooda and Sweet Cream, take your pick.

Their signature ice-creams included the ones we tried. First up, was Chocolate Devotion — a mix of brownie and fudge and sprinkled with chocolate chips. If you like the decadence of chocolate, then this one is right up your alley. We then moved on to try the Cheesecake Ice Cream with a layer of pie crust and a generous dose of blueberry and strawberry and liked the fact that there’s a hint of sweetness which isn’t as overpowering as the former. However, one of our favourites was the Banana Caramel Crunch with roasted almonds, banana and caramel. Their more tropical varieties like mango or even paan served in single or double scoops are as fresh as it gets and is worth a shot.