Exciting additions to King’s Bakery’s menu made us plan a luncheon at this Korean tea house, established two-years ago by expat Korean couples in the city. When we hopped in their Beckbagan outlet (they have another one in New Town), we were greeted by the seductive aroma of the fresh bakes from their patisserie curated by Sojin Lee, who floored us with her baking skills. We will come back to the sweet delights later. First, let’s talk about the fresh additions in savouries.

Seok Jung’s love for the culinary art made him gift the city a cafe mastering in authentic Korean cuisine and he is the one in charge of the main menu here, apart from beverages. Before the new entrants from the Gimbap or Kimbap section arrived on our table, we sipped a hot cup of newly introduced fruity, pulpy and citrusy tea – Citron Tea or Yuja-cha, known for its immunity building properties. Made from citron, a variant of lime native to Korea, the drink is also savoured cold in the region, we were informed. 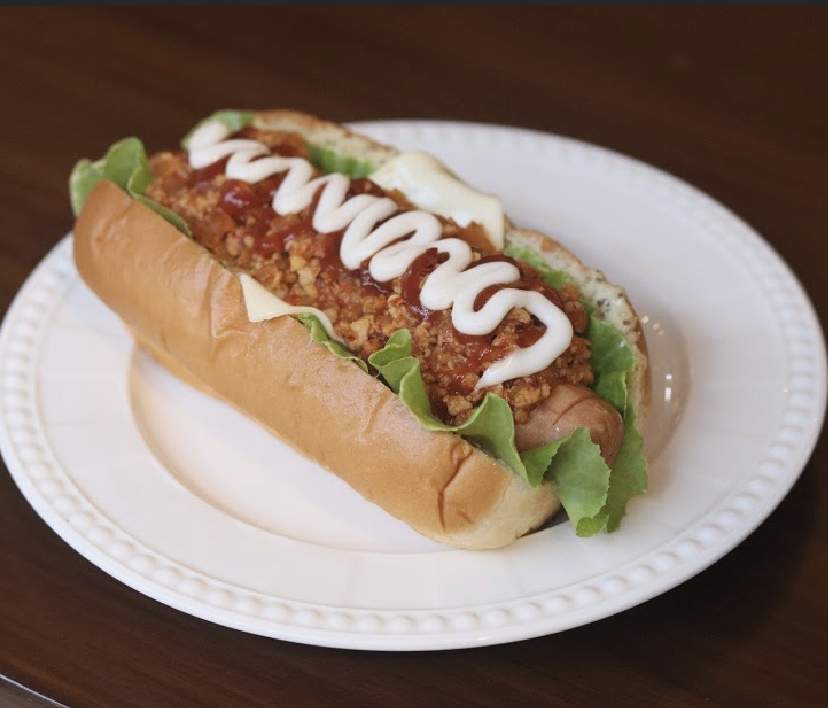 From the updated Gimbap menu we relished two variants of the bite-size seaweed rice rolls accompanied by soy sauce. The Korean version of sushi rolls differ in their ingredients which are cooked before rolling and we started off with Chilli Gimbap. Slightly on the spicier side, this on-the-go Korean meal had carrots, spinach, egg, chicken, fish and cucumber rolled inside seasoned rice. The other one, a nude or inside-out gimbap was mild on the taste buds and had crab meat apart from other veggies. Hot Dogs too have been introduced and out of the two variants – Chilli Chicken and American, we sampled the latter with the chicken sausage nestled on a bed of cucumbers, lettuce, tomatoes, jalapeno, and topped with mayo and ketchup. It’s a mouthful of flavours in each bite and quite filling as well. We also recommend having Doenjang Jjigae, which though is introduced as a soup but makes for a complete meal accompanied by kimchi, pickled onion, a bowl of rice and sliced omelette. The main star is, of course, the big bowl of clear soup made with traditional soybean paste, tofu, pumpkin and other veggies.

We finished our lunch with Lee’s Choux and Twisted Donut. The later was a pillow-soft delight melting in the mouth, and the former was like a mini vanilla cream bomb that will make you pause and linger on the magic of the delicious and gooey cream. Choux is also available with chocolate filling and we will certainly try a mouthful on our next visit.