Of all the phones that one has reviewed over the years, none have been as purpose-built and singular in their focus as the Asus Republic of Gamers (ROG) series. Packed to the gills with over-the-top hardware specs and tuned and tweaked around needs of gamers…and of course, the generous sprinkling of obligatory RGB lighting – this could be used to describe each ROG Phone thus far, and it’s true as well for the ROG Phone 3. The ROG Phone 3 refines the formula with improvements across the board – better performance, visuals and sound, and some nice little touches – and if you identify yourself as a “1% gamer” who wants no compromise in their mobile gaming arsenal, this is it. You can stop reading here and go pick up the ROG Phone 3.

But what if you aren’t? With even mid-range phones doing a bang-up job on mobile gaming, does this flagship phone deliver enough for you to warrant a 50,000-rupee purchase? I dive deep with the Asus ROG Phone 3 to answer this and more. 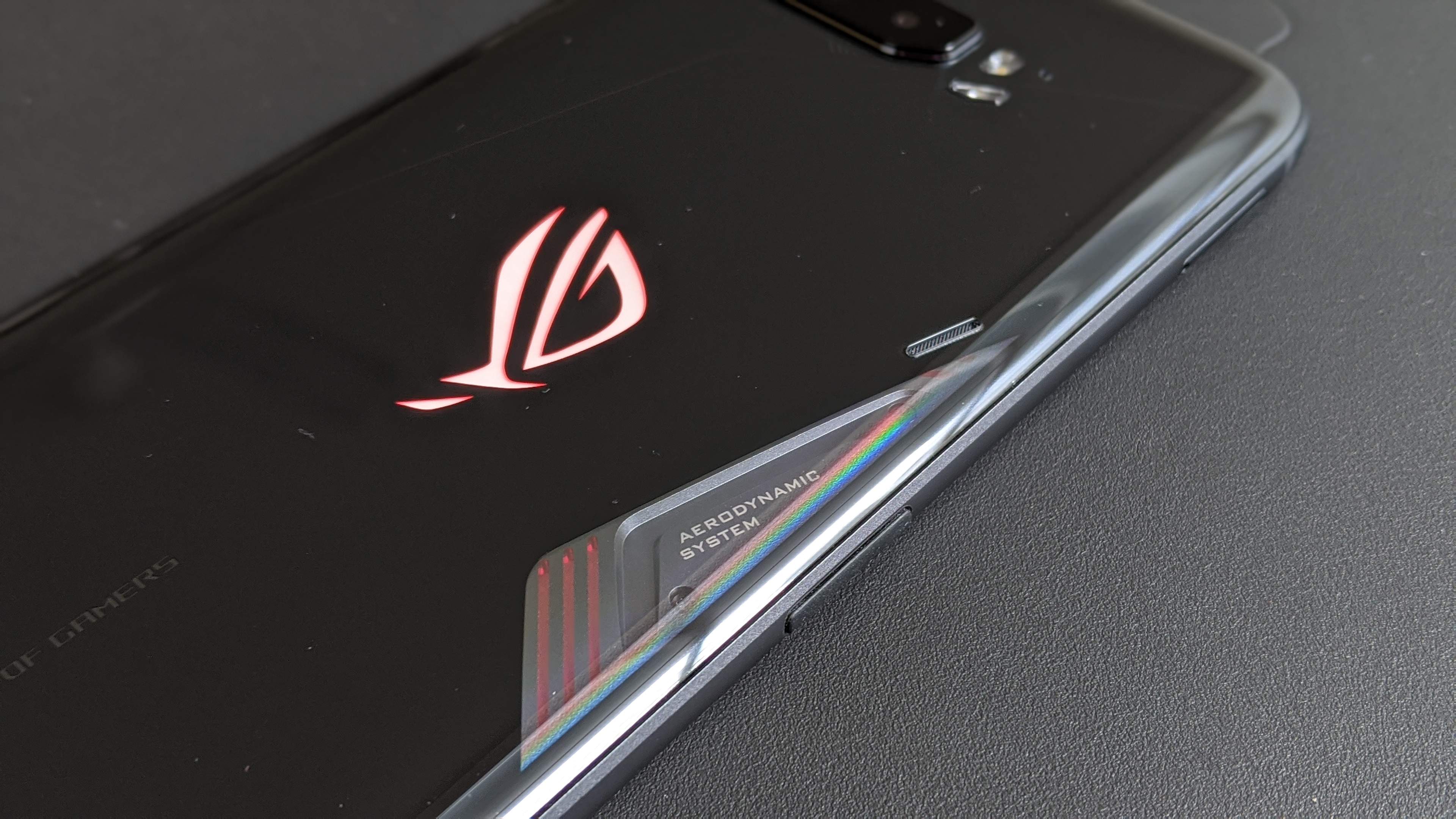 Ordinarily, flagship devices vie with each other in shaving off the extra millimeter, but the ROG Phone 3 is cut from a different cloth. To accommodate the massive 6000mAh battery and a cooling system meant to allow the top-shelf Snapdragon 865+ chip to run at maximum speeds without throttling, the phone gets a fair bit chunky and feels sizeable in the hand. At 9.85mm thickness and weighing over 240g, the ROG Phone 3 edges past even the already-large Samsung S20 Ultra. The design prioritizes function over form, so it’s no surprise the phone backs in dual front-firing speakers that don’t get muffled during gameplay. None of those notches or hole punches which could potentially cut out some in-game elements on the screen – the ROG Phone 3 opts for a slim ‘forehead’ and ‘chin’ instead. There’s a USB-C slot on the left to allow you to plug in a headset or a charging cable (while holding the phone sideways during gaming) and on the right are two “AirTriggers”, ultrasonic buttons that are similar to a gamepad’s left and right trigger buttons. And you can’t miss the edgy design on the rear panel, replete with the RGB-lit Asus ROG logo and the partially exposed thermal management system. It’s an attractive looking phone if you’re a fan of the gamer trim, but it does get a little slippery with the weight and the slick Gorilla Glass 6 back. 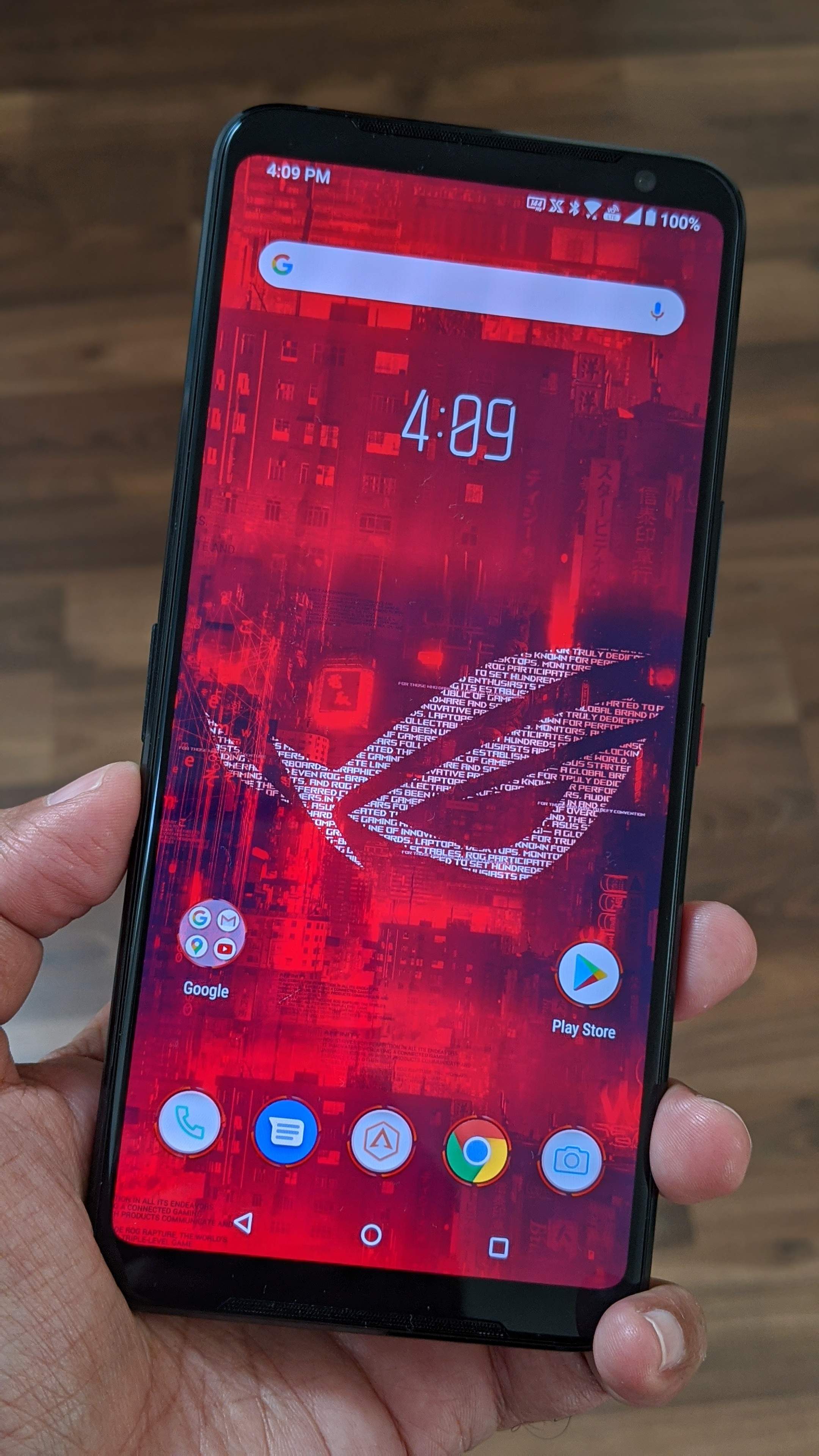 For a phone that favors the ‘power’ look over conventional aesthetics, it’s no surprise that the ROG Phone 3 is all about uncompromised power under the hood. For starters, you get the all-new Snapdragon 865+ chip, making this the first phone in the country to run Qualcomm’s latest chip. The screen gets even more ludicrous, with the 6.59-inch Full HD+ AMOLED panel managing to pump out an insane 144Hz refresh rate, so as you can expect, the panel is gloriously smooth when it comes to playing games that support high refresh rates or even scrolling through your social feeds. By default, the phone is set up to change the refresh rate automatically (to conserve power), but if you want, you can manually switch between 60Hz, 90Hz and 120Hz or bump it all the way up to 144Hz for the most buttery smooth of experiences. Interestingly, there’s a 270Hz touch sampling rate to boost in-game touch response time, plus support for 10-bit HDR10+ for an insanely wide color gamut and 1000 nits of peak brightness. Of course, you’re getting the fastest UFS 3.1 storage (128/256GB) and 8/12GB of speedy LPDDR5 memory, support for the latest Wi-Fi 6 standard and Bluetooth 5.1, so it’s quite literally a case of Asus throwing in everything (and the kitchen sink) to check the boxes for even the most demanding of gamers. Even on the software side of things, Asus has tweaked the experience to earn gamer cred, but while I like the tweaks around faster app launches and tying together your mobile and Wi-Fi connections for faster network speeds, it was Asus’s Armory Crate app where most of the big ticket changes could be seen. Not only can you play around with configuring what the AirTriggers can do or what RGB lighting should light up when, but you can activate X Mode which puts the ROG Phone 3 into beast mode, with all the power and thermal restrictions turned off! 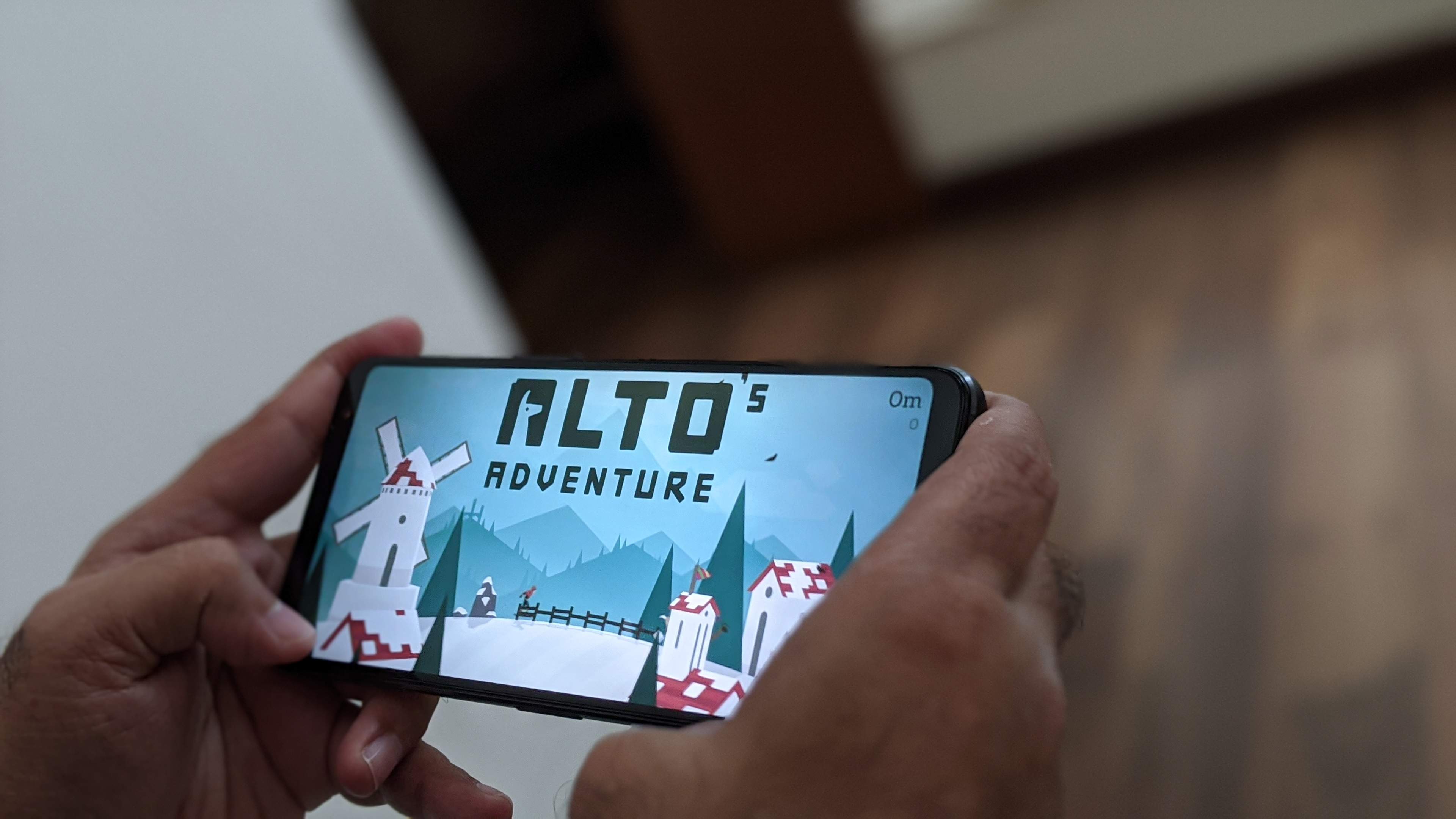 Expectedly, gaming performance was excellent, even of maxed out settings and over extended durations of time (though the phone did get a little warm after about 30 minutes of Asphalt 9 racing followed by a half hour of PUBG Mobile). Clearly, this is a phone that can handle the demands of a gamer’s workday, so everyday tasks will sing on this phone. That said, unless you’re buying this to do some serious gaming a fair part of your day, it’s clearly overkill to use the ROG Phone 3 just to run twitter, Candy Crush and Instagram. 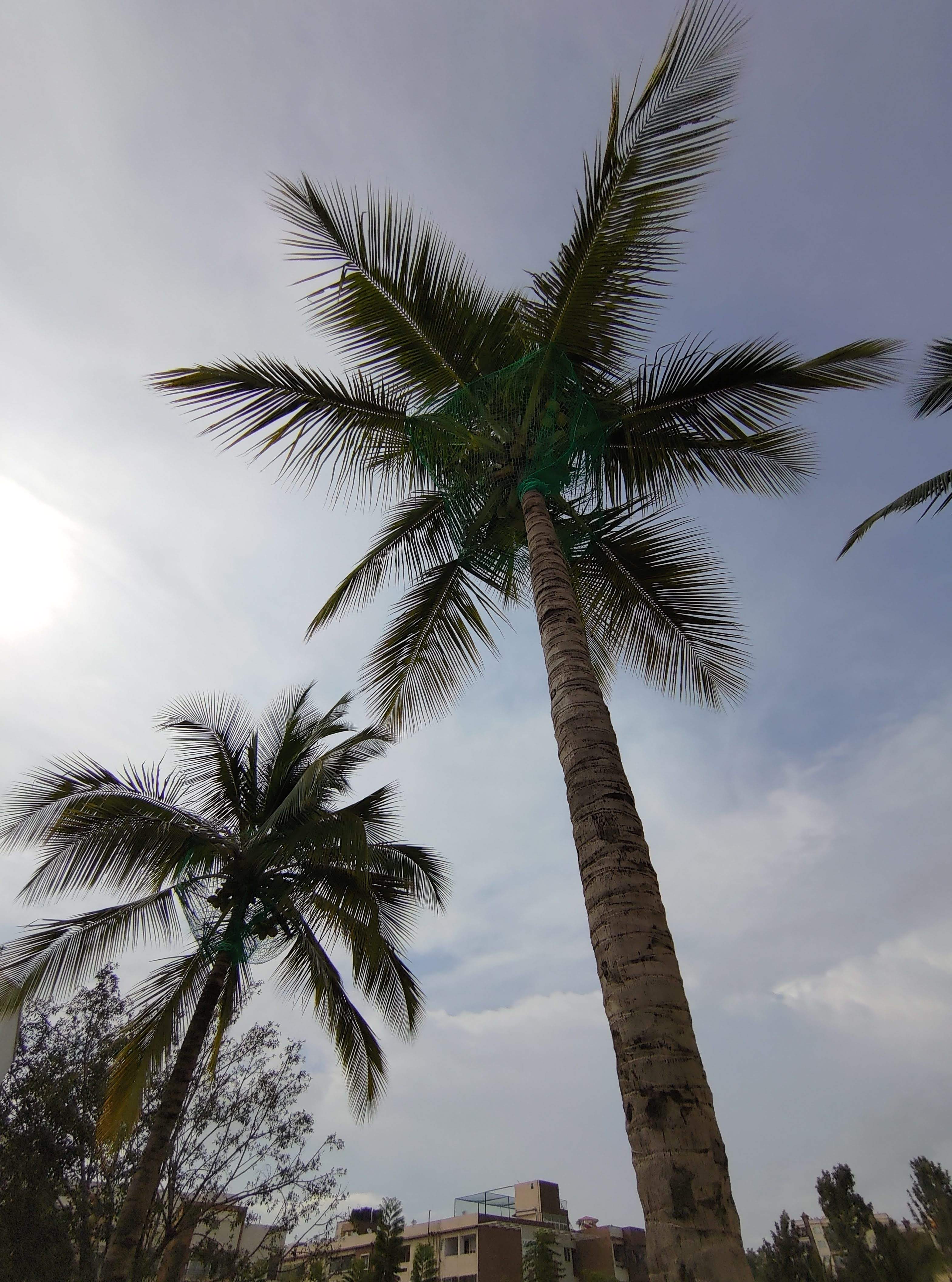 Back to my original question – what it’s like as a phone for non-gamers? Battery life with the 6000mAh battery was pretty decent, at around nine hours of screen usage, even if you pushed the phone with the 144 Hz refresh rate all day. You could drop it down to 90Hz (or 60Hz, for shame!) if you want to eke out more battery life, but even without any battery saving compromises, the phone lasted plenty long. The 30W fast charge makes short work of juicing it up as well. Cameras are great on paper – a 64MP Sony IMX686, a 13MP ultra-wide and a 5MP macro – and deliver for the most part, as long as the lighting is good. Daylight photos are sharp and detailed on the main camera, if a little overexposed sometimes, and night mode photos were again sharp and bright. The wide-angle shots were a little softer than I’d have liked, and you’d often be hunting for focus while shooting macros. The gamer-centric design with the fancy vents for cooling means that there’s no water or dust resistance…or wireless charging, all of which are to be expected at this price point. 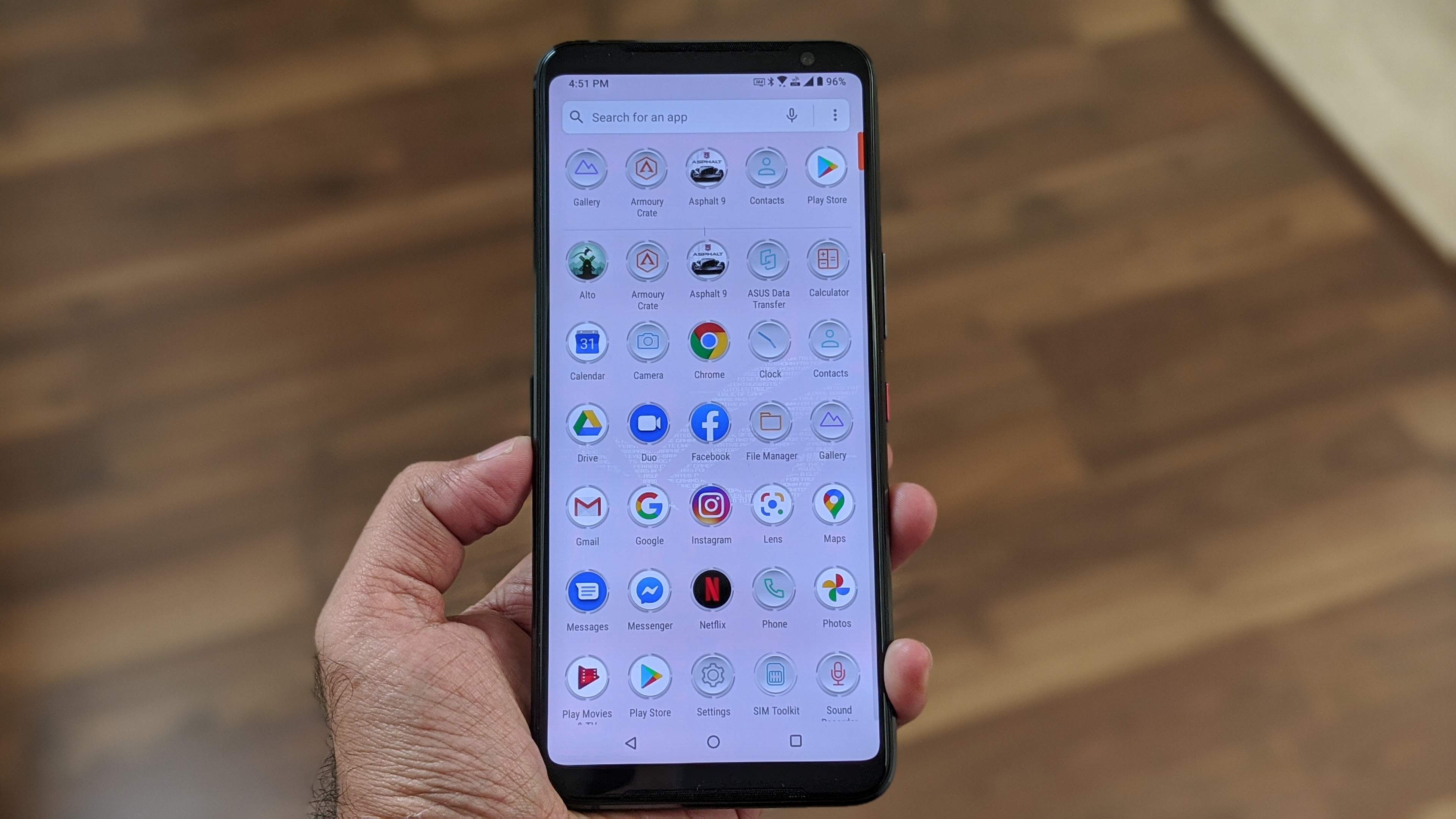 The ROG Phone 3 makes a heck of a case for the serious gamer, with just the device alone. Then there are the accessories which I haven’t even touched upon which can build upon and deliver an even more stellar gaming experience. You’re guaranteed to have a lot of fun with the ROG Phone 3. But its sheer size means that most other folks will likely want to live with a wee bit less performance just to have something more handy, or something with better cameras. Something like the Mi 10, the OnePlus 8 Pro or the Samsung Galaxy S20 series.