Samsung Galaxy M31s review - does it continue where the M30 and M31 left off?

With Xiaomi and Realme carpet-bombing the budget segment, Samsung’s M series has managed to do wonders for the brand - the online-first lineup of devices both aggressively priced and specced well enough to appeal to consumers looking for something Samsung-branded. Does the M31s continue where the M30 and M31 left off or will the higher starting price give budget-conscious buyers some pause? Here’s our full review of the Samsung Galaxy M31s. 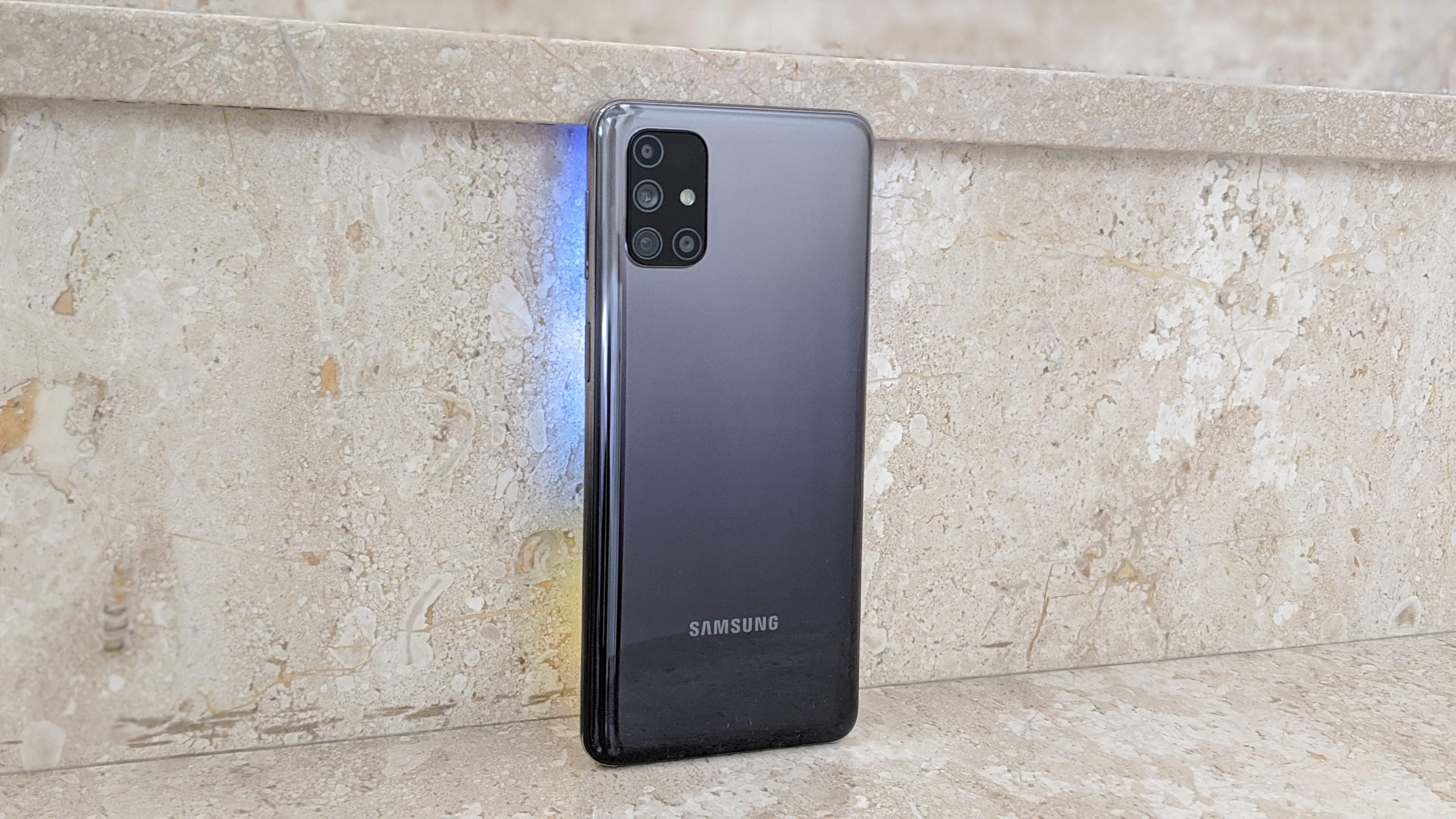 Undeniably Samsung. That’s the first thought that came to mind when I unboxed the M31s, with the phone borrowing strong design cues from the more premium S20 albeit in a glass-tic (Samsung’s term, not mine) avatar. In the hand, it’s immediately clear that you’re holding a mid-range phone with the plastic back and chassis, but the speedy side-mounted fingerprint scanner and the 6.5-inch hole-punch display redeem the design somewhat and put it on par with the segment. Despite the bulk of the 6,000mAh battery, the curved edges and overall size makes it comfortable to hold and use without weighing you down. Just keep wiping down the extremely smudge-prone glossy rear panel and you should be good! 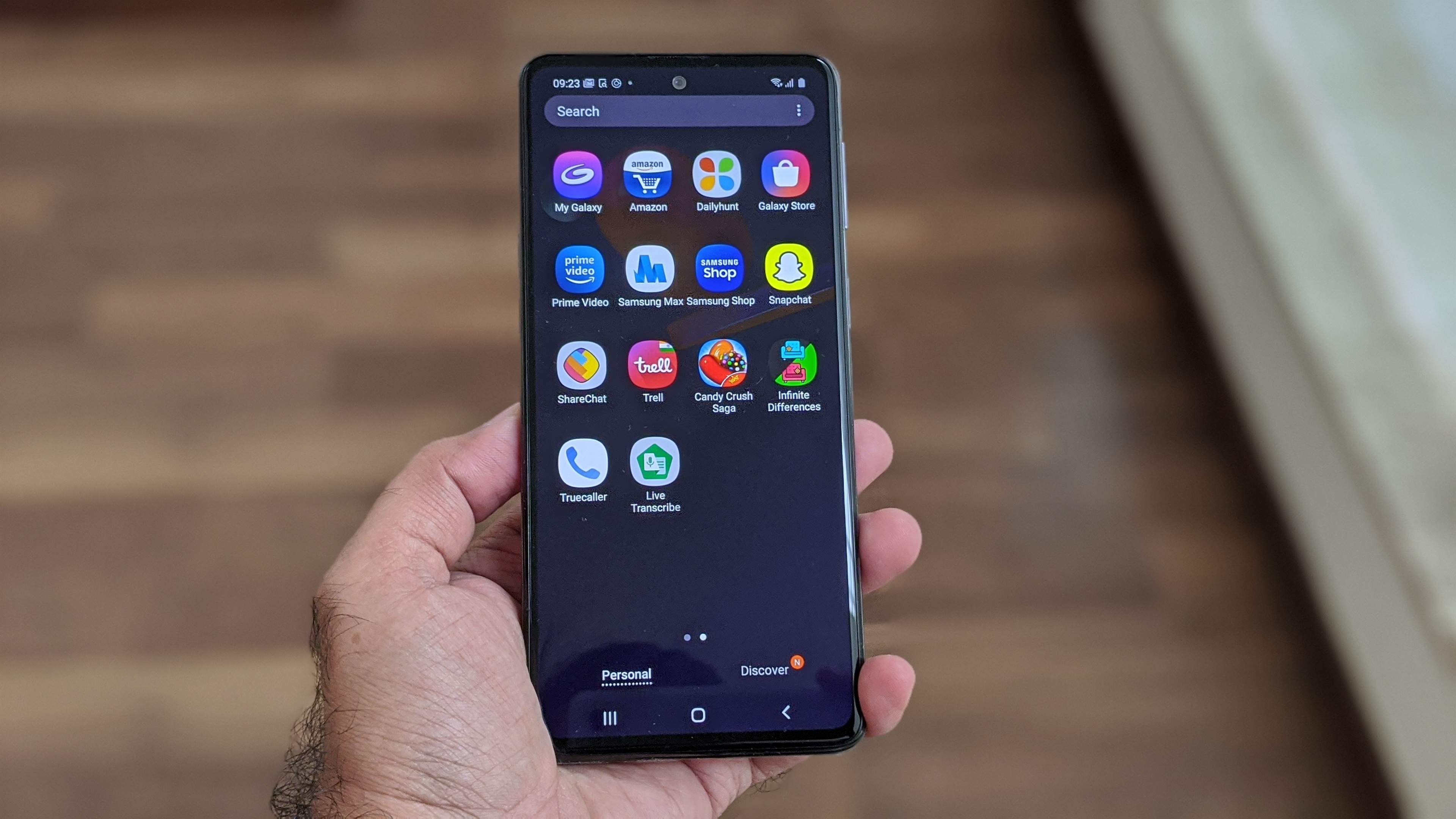 Up front, you have a 6.5-inch AMOLED panel with all the attributes of a good Samsung panel – decent brightness levels, punchy colors and contrast and good viewing angles. Spec nerds will notice that Samsung has opted for a regular 60Hz panel on the M31s while the competition has gone all the way to higher 90Hz and 120Hz refresh rates on similarly priced phones. As 60Hz displays go, the M31s’ is as good as it gets in this segment.

In a not-unexpected development, Samsung has persisted with its custom Exynos 9611 chipset on the M31s. Now, this is a chip that Samsung has been using on mid-range devices since mid-2019, and much has already been said about how this chip compares against Qualcomm’s mid-range Snapdragon 6xx series. It’s not like the M31s faces any issues in day-to-day use or that it slows down or stutters while running OneUI 2.1 on top of Android 10. It’s just not primed for heavy use, and you can see that when you start running heavy games like PUBG Mobile at high graphics settings. This is a phone for the average user looking to get on with his day, not for graphics-heavy apps and games. You get to pick between 6GB RAM and 8GB RAM options, both with 128GB of storage, but you can expand storage by up to 512GB using a microSD card. 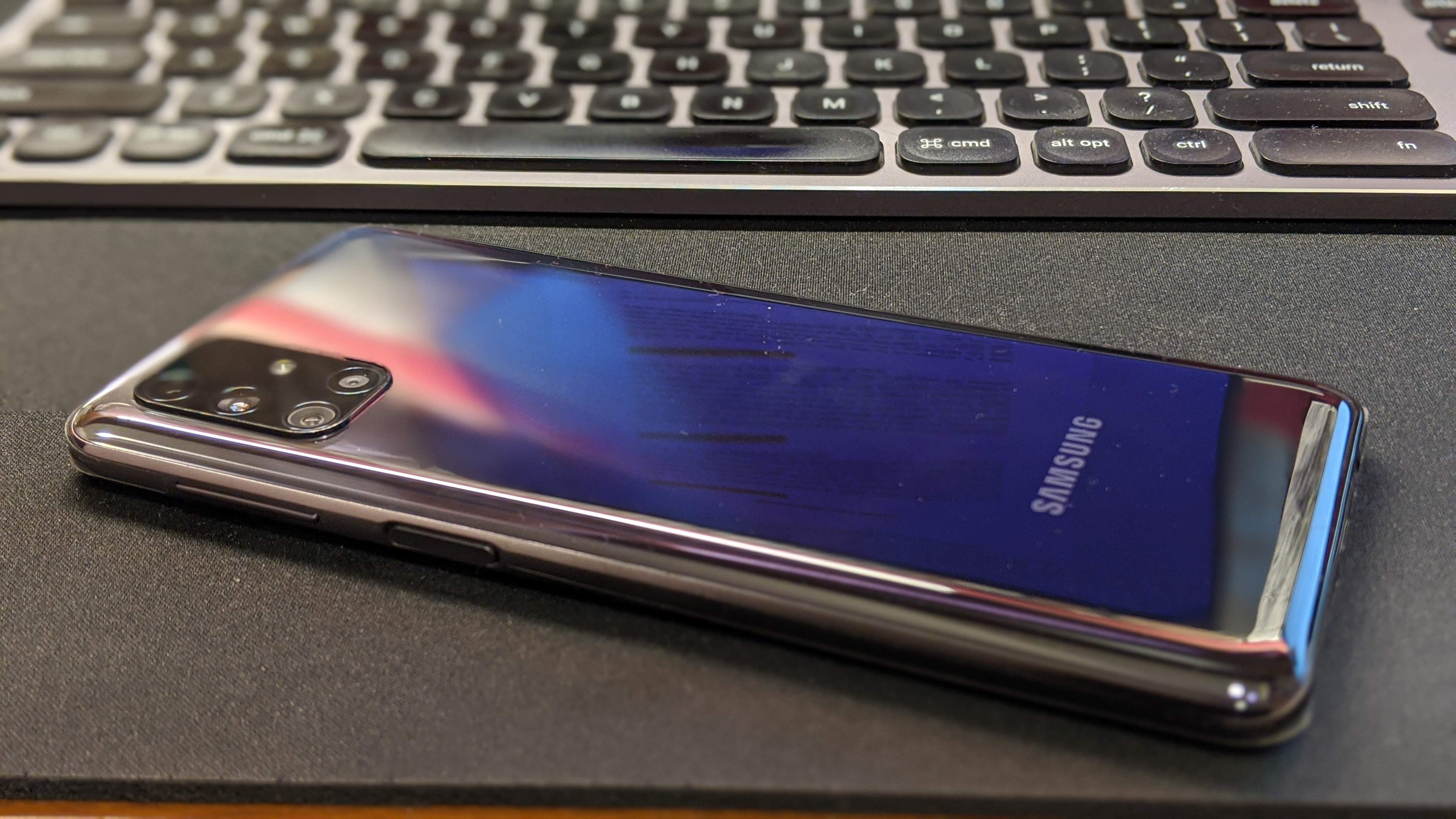 Where the M31s comes into its own is on battery life. This segment is hotly contested on superior battery life figures but the M31s does one better, with the 6000mAh battery lasting well past the two-day mark with moderate to high levels of usage. Even when you manage to drain the monster battery out, 25W fast charging with the included charger gets it topped up from zero in a little over an hour and a half. Add to it reverse charging, which lets you charge other devices from the M31s’ ‘power bank’ of a battery and you have an out-and-out battery champ in your hands. 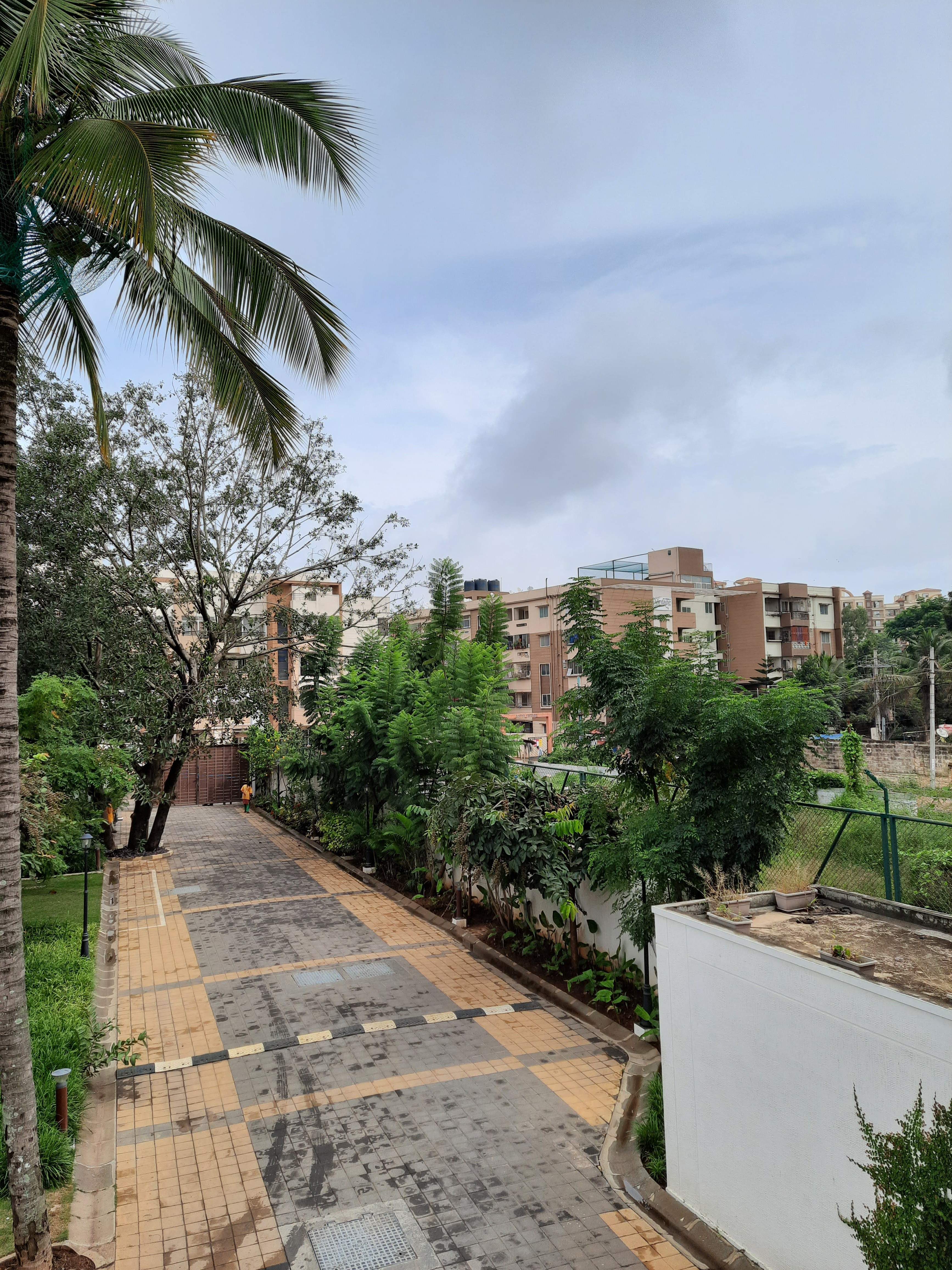 In the camera department, you get four cameras at your disposal – a 64MP primary, a 12MP ultra-wide (123-degrees), a 5MP macro and a 5MP depth sensor. The camera takes 16MP photos by default by pixel-binning the 64MP sensor output, and for the most part, the images are sharp and well exposed. Samsung’s shown an remarkable degree of restraint in not over-saturating the colors, and the end result is realistic looking shots with the right amount of contrast. The wide-angle gets in more in the scene with some decent amount of detail, but there’s a clear amount of distortion on the edges. Close-ups and portraits were good, but what really impressed were night shots – good detail with noise levels kept in check. 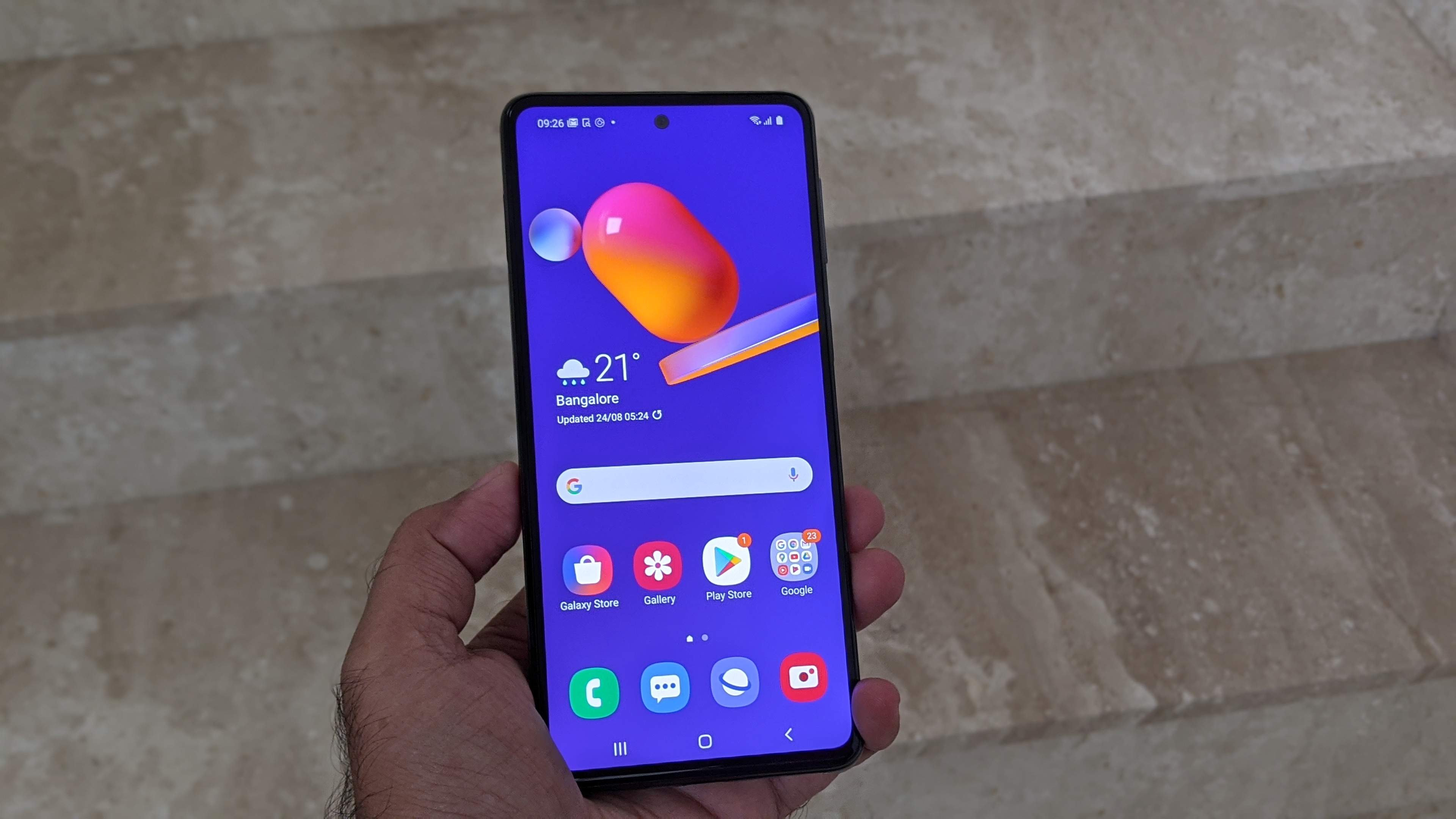 OneUI does a lot of things right in terms of software features and benefits from some of the camera capabilities borrowed from the premium flagships – Single Take, for instance - but one aspect worried, and that’s Samsung’s growing tendency to add in recommended apps to monetize the software experience. Even if you’re a setup expert, you’ll still end up with a phone with a bunch of apps you didn’t ask for, plus the occasional notifications for news stories suggested apps and other content.

In all, the M31s delivers a solid overall package that compensates for some weaknesses with strong performance in other departments, most notably the display, the camera and battery life. You’ll find plenty of credible competitors, from the Poco X2 to the Redmi Note 9 Pro Max and even the previous M31, in the price range, so pick wisely.