It wasn’t that long ago when the Android tablet market was thriving with options, both for the entry level and the power user. But, if you look around these days, most brands have all but given up on turning out credible alternatives to the iPad. Yet, the reality of the pandemic and the home-schooling needs it brings upon us is that tablets are flying off the shelves, and the Galaxy Tab S6 Lite couldn’t have come at a better time. Essentially a stripped-down version of the premium Tab S6 from last year, the S6 Lite loses a few fancy bells and whistles to deliver a simplified, pure tablet experience at a price that’s close to the entry-level iPad. Is it enough to earn a recommendation over the current king of the hill? The kid and I hid the trusty ol’ iPad for a week to find out just that.

Straight out of the box, nothing about the Tab S6 Lite screams ‘lite’. With thin bezels around its all-screen façade, metal and glass build and a slim 7mm profile, the device is a dead ringer for the pricier Tab S6. The keen eye will notice the lack of a physical home button with a fingerprint scanner, but there’s facial unlock for that. There’s the usual set of design elements – Type-C, microSD card and a 3.5mm headphone jack for all those folks still clutching on to their wired headphones! At around 460 grams, it’s not too heavy for something with a 10.4-inch display, and for better or for worse, there’s no keyboard folio case adding to the weight. This is a tablet that’s not trying to be a productivity workhorse with an optional keyboard/trackpad case, and that’s fine. 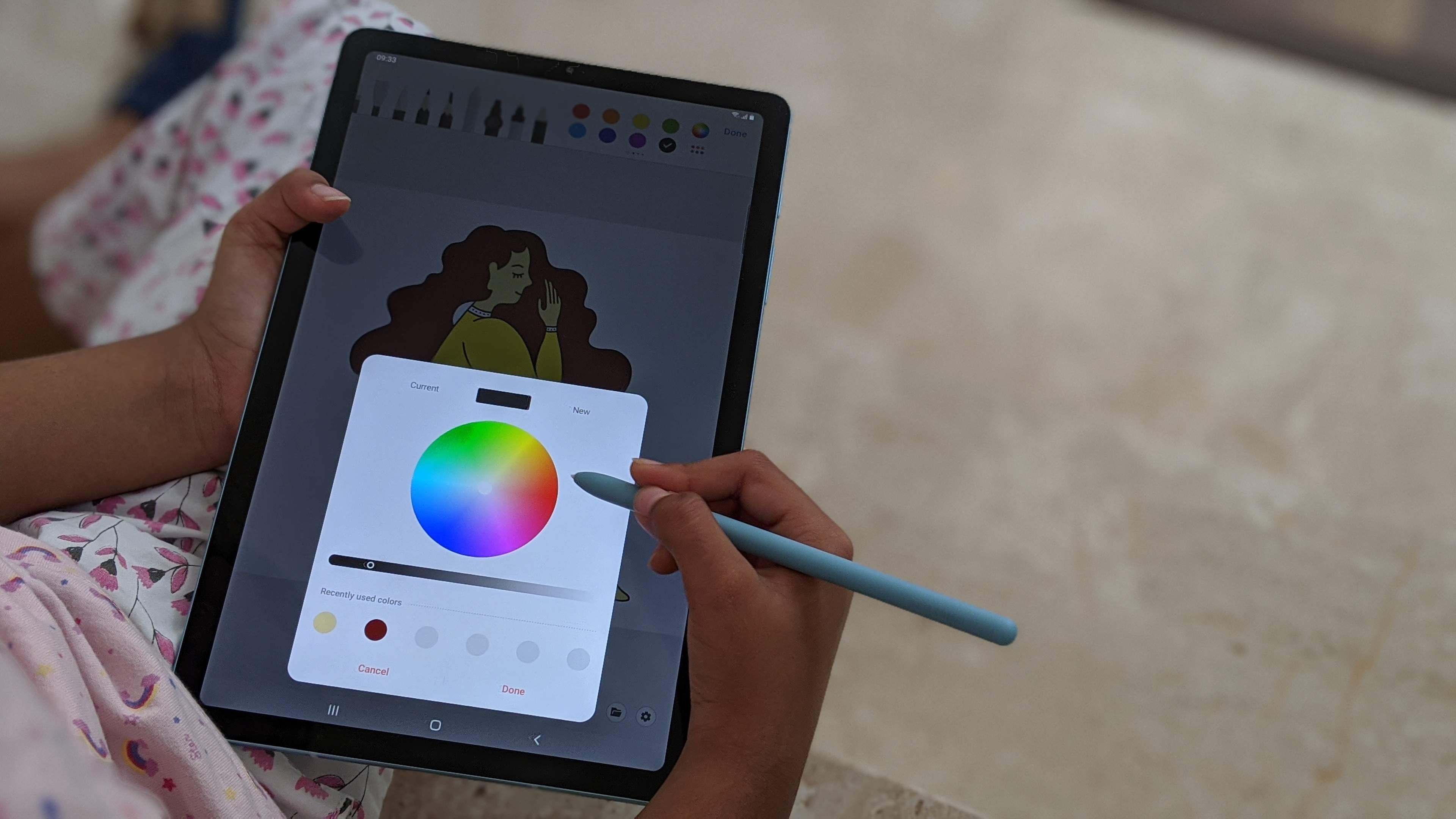 Yet, the biggest element that made it over from the pricier S6 is support for the S Pen Stylus - it really opens up a bunch of ‘creation’ use cases for what is typically a ‘consumption’ device. It’s a chunkier stylus than the S Pen on the Note series, which makes it more natural to hold and write with as if it were a regular pencil. You can navigate the interface with the S Pen, use it to select text or annotate images before sharing, or spend hours trying to wrest the tablet away from the kid to do some complex adult coloring (yep, it’s a thing!). Yet, it’s the note taking experience which I most took to, as the software automatically recognized my less than perfect handwriting and transcribed them into searchable text. It’s similar to what you see on the Note 10, but for this to find its way into a device a third of the price is impressive. The S Pen magnetically attaches itself on the right of the tablet, but it’s a tenuous hold at best. 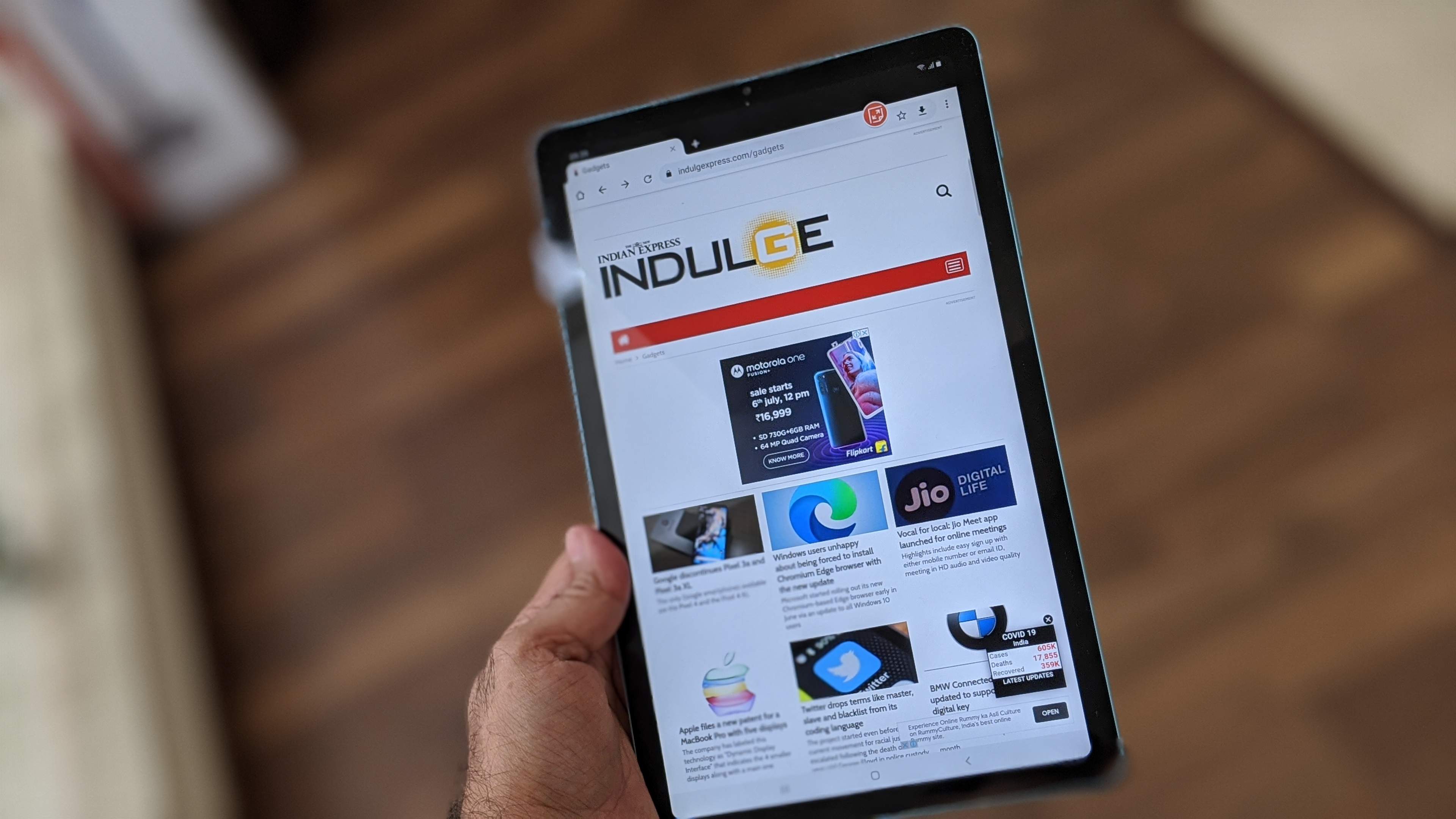 In use, the Tab S6 Lite does just fine for regular everyday tablet activities – taking the Zoom call for classes and meetings (the 2MP front camera suffices), streaming video content on the 1200x2000 pixel display, or reading books or comic books. On paper, it doesn’t lose out on all that much, but Samsung’s choice of an LCD panel (down from the S6’s AMOLED display) is visible in its less punchy colors, lowered contrast and reduced maximum brightness (no HDR either), but it’s par for the price segment. Samsung’s own AKG brand makes an appearance on the speaker setup here, and get impressively loud, way better than the equivalent iPad. Performance is acceptable, given that the Tab S6 Lite runs on the mid-range Exynos 9611 chipset with 4GB of memory. You can jump back and forth between apps and you won’t really feel any sense of lag unless you push it really hard with intense multitasking. It lasts long on the built-in 7040mAh battery, around the range of the iPad, lasting a full workday of around 9-10 hours of Zoom calls, some light games and the like. 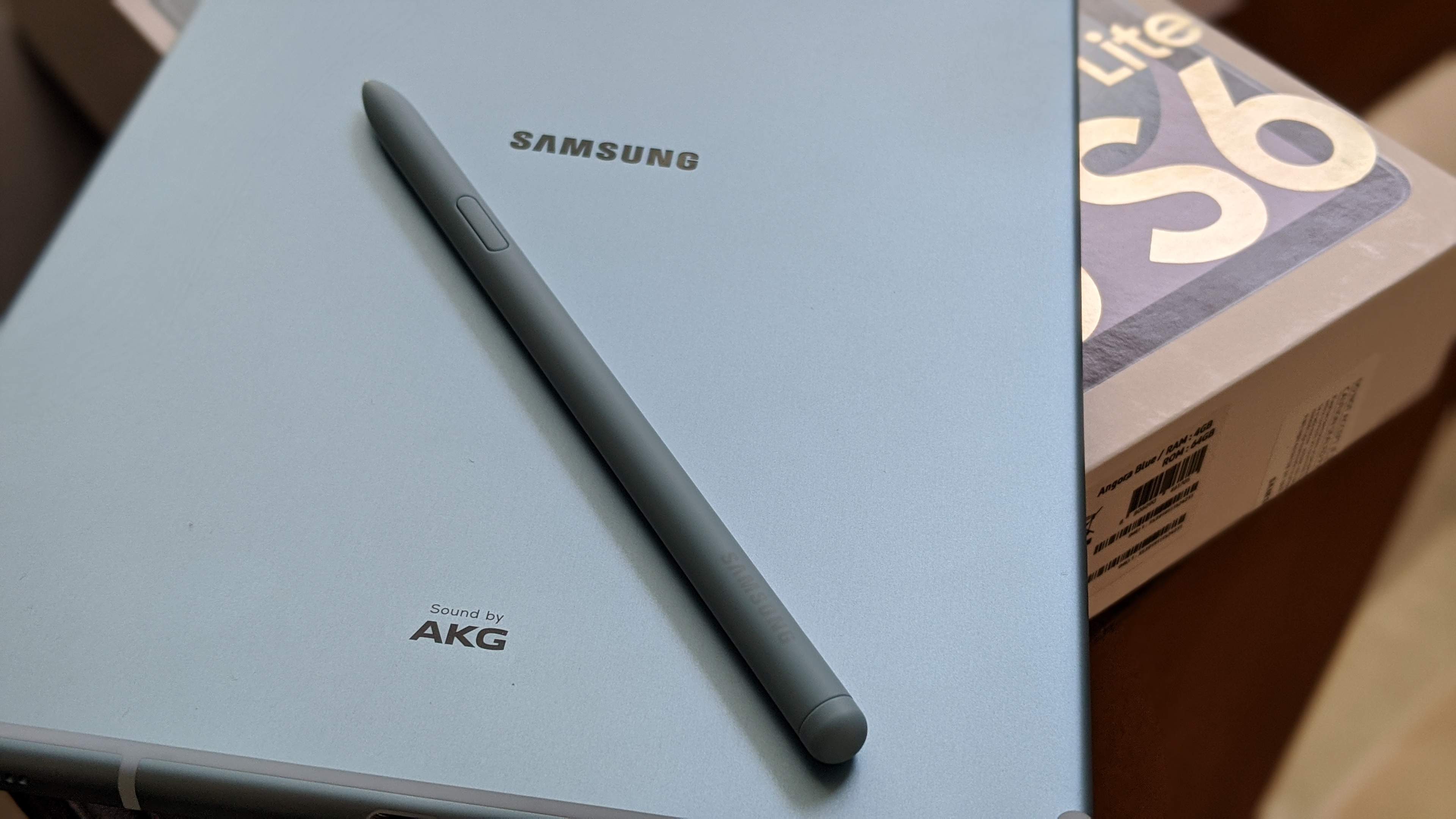 But here’s the thing about Android tablets. The Tab S6 Lite’s interface is similar to Galaxy phones and scaling that up to the big screen isn’t enough anymore. Android just isn’t as well optimized for big screens as Apple’s now dedicated iPadOS, not in terms of user interface that takes advantage of the bigger screen or in apps that scale well (and uniquely) to the bigger screen. iPadOS works well with Bluetooth keyboards and mice and plugging in external storage isn’t an Android-only feature anymore. Not too hard a knock on the Tab S6 Lite per se, but something to consider when evaluating this against the entry-level iPad. Which this device absolutely goes up against in terms of pricing – sure, a base iPad may have less storage (32GB vs the Lite’s 64GB), may ask note-takers and budding artists to spend an extra 8,000 on an Apple Pencil, but its hardware and software “tablet experience” is way slicker. The Tab S6 Lite then earns a recommendation for folks looking for a strong tablet experience specifically based on Android.

Cons: LCD screen feels like a step down, mid-rage power, Android on tablets just isn't as well optimized as iPadOS