Amazon’s got a new show screening in town, and Alexa’s star attraction! No, this isn’t a new show on Prime Video, but an all-new Alexa-powered Echo Show 8 smart display. Smart displays, much like their faceless cousins the smart speaker, are voice-controlled devices that can not only respond intelligently to your commands but also show you additional information relating to your request. And while they’re at it, use the screen to show you videos, make video calls and more.

The Echo Show 8 slots in right in the middle of Amazon’s lineup of smart displays, a tweener size that’s neither too big and bulking (the 10-inch Echo Show) nor is it too dinky (Echo Show 5). Just the right size, as Goldilocks might have said, one that fits just about anywhere. It’s similar in design to the Echo Show, with the upward-angled 8-inch display sitting atop the fabric-wrapped base giving it a stable if somewhat function-over-form look. Physical controls are basic – volume and mic mute, along with a slider switch to physically slide out a privacy shutter over the front-facing camera, particularly useful if you’re placing this in a bedroom for instance – as are ports around the rear. 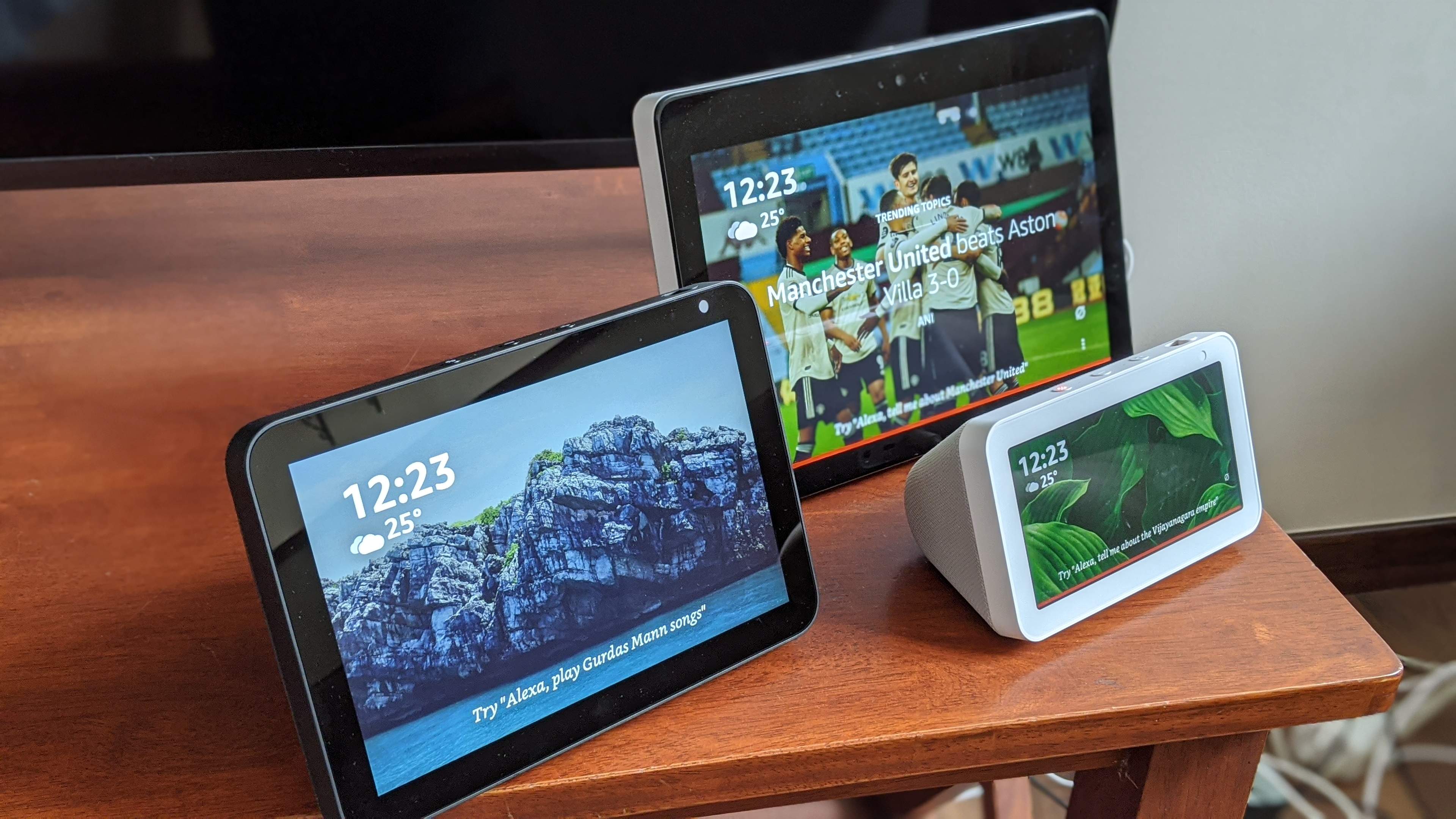 Getting the Echo Show 8 up and running is a smartphone-free affair, just a quick series of taps and password entries and you’re done. The 1280 x 800-pixel display is bright and crisp enough to be viewed from afar, and four far-field microphones are waiting for you to say the wake word and invoke Alexa. Speaking of which, you obviously get all of the same Alexa capabilities as Amazon’s Echo lineup of speakers, but there are a number of added benefits of that screen. Some of these aid for most folks to easily transition to using a device exclusively controlled via spoken commands, while others add extra information and visual cues alongside the spoken response that you can interact with. 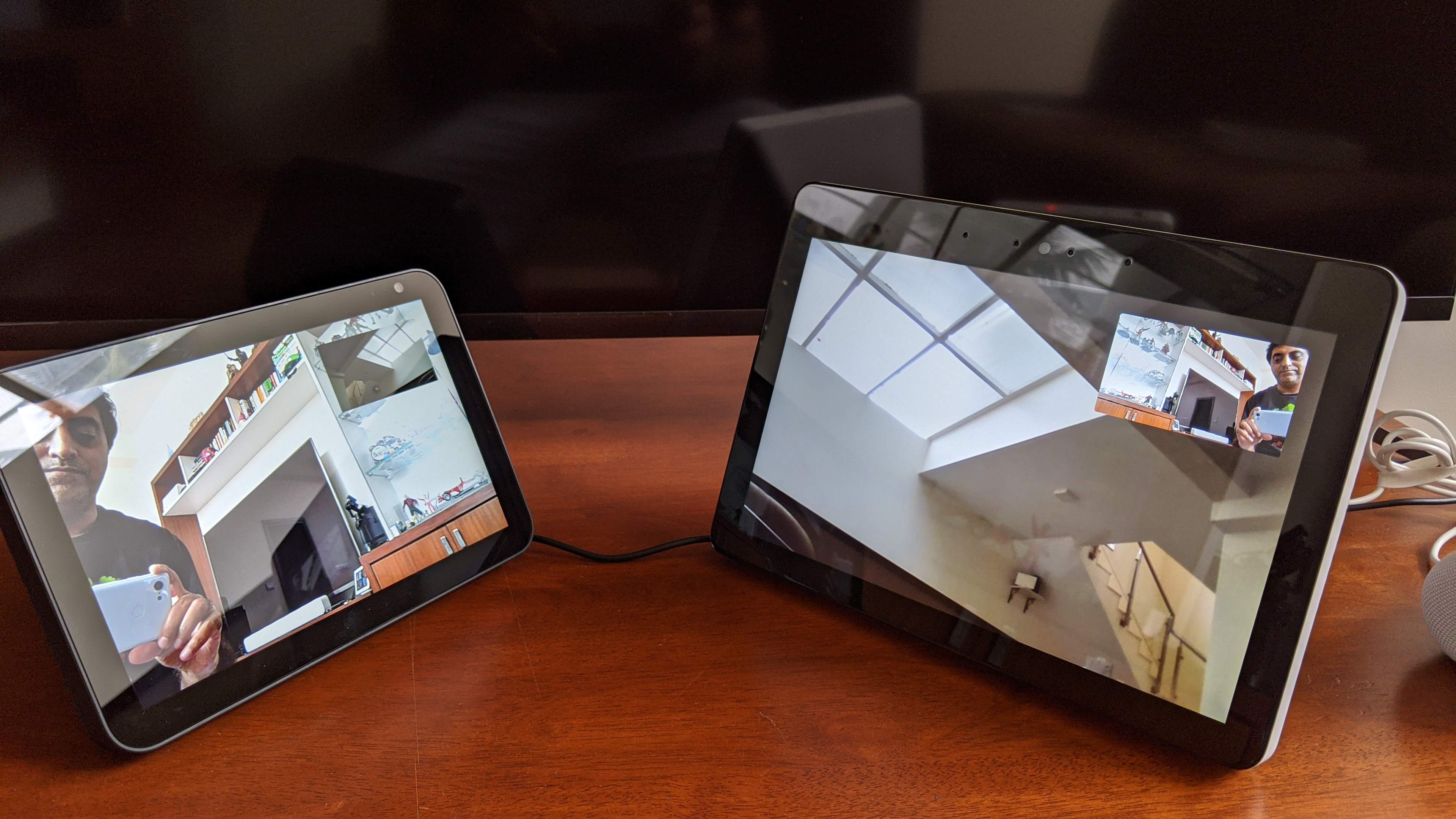 For instance, the device will show timers on-screen, or the detailed weather report, visual imagery around your queries, set reminders and the like. More Alexa stuff – hailing a cab, looking at the latest sports scores, pulling up a recipe – is only a matter of finding the right Alexa skill from among the thousands of options available, and enabling it for use. When the Alexa command returns results on the screen, you can interact with the responses via the touchscreen (if you feel more comfortable doing that). If you have a phone with the Alexa app, you can make video calls through the Alexa calling service to Echo Show devices or vice versa. You can “drop in” to any Alexa device to check on family members or pets, or use the Announce capabilities to send instructions to the kids in their room… like an intercom, only way cooler! 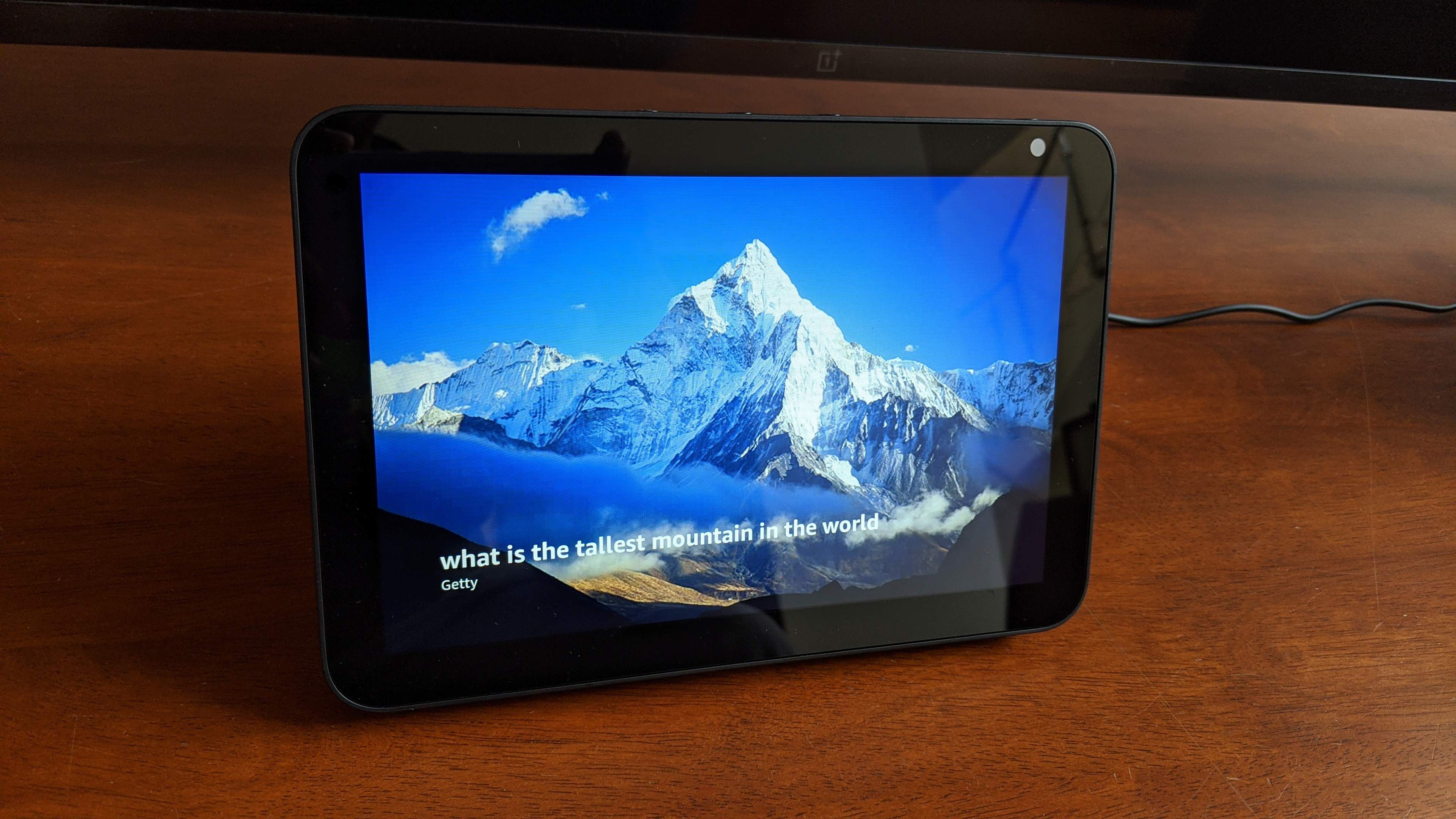 Of course, since it has the display, the Echo Show 8 can do video playback as well, such as watching a series on Amazon Prime Video, playing back the day’s headlines from NDTV or watching videos on Hungama Music. You can catch up on the latest TV shows by placing the Echo Show 8 on the kitchen counter or the bedside table. YouTube playback is possible, but it involves you having to use the device’s Firefox or Silk browsers to fire up the YouTube website (no app). Sadly, there’s no support for Netflix and Disney+, so you’re going to have to live with the supported streaming services…for now. 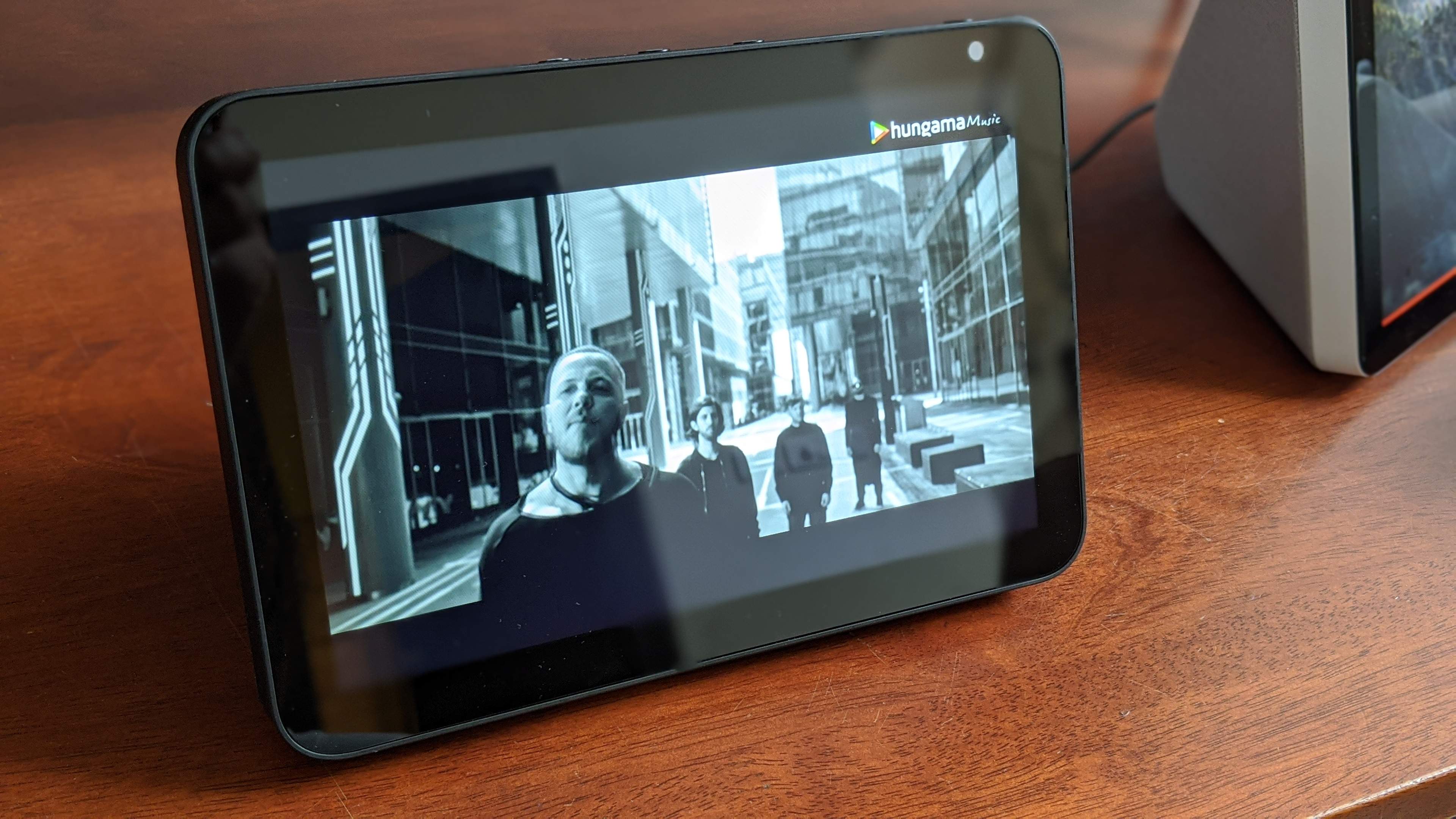 Like other Echo speakers, the Echo Show 8 can play music from a bunch of sources, including Amazon Prime Music, Apple Music, JioSaavn, TuneIn, Gaana or Hungama Music, but more importantly, it does so with aplomb! You get the same 2-inch 10W drivers as the bigger Echo Show, which produce a powerful, room-filling sound that punches well above its weight category. Customization and audio adjustments with the built-in equalizer is a big plus. In a nutshell, the Echo Show 8 offers all of Alexa’s smarts in a right-sized form factor, and the audio quality and display only further its appeal for first-time consumers.