It’s a game of one-upmanship that I can get behind, this need for smartphone brands to push the boundaries of innovation further each year to claim bragging rights on the next big piece of tech. Vivo’s no stranger to this game, having productized pop-up selfie cameras and in-display fingerprint scanners before anyone else, and today, their latest X50 Pro has a party trick no other phone can claim to have right now – a camera mounted on a gimbal system! For the uninitiated, a gimbal is a stabilization system on which a camera is mounted, typically found in handheld systems (and professional movie setups), used to cut out the x-,y- and z-axis shakes and movements introduced by handheld cameras. Only this time, it’s been miniaturized into the X50 Pro’s slim 8mm frame, and I can’t help but walk away impressed by a lot of what this camera can shoot. Yet, the half-a-lakh-rupee question begs to be asked – is the X50 Pro all about the cameras, and little else? Let’s find out! 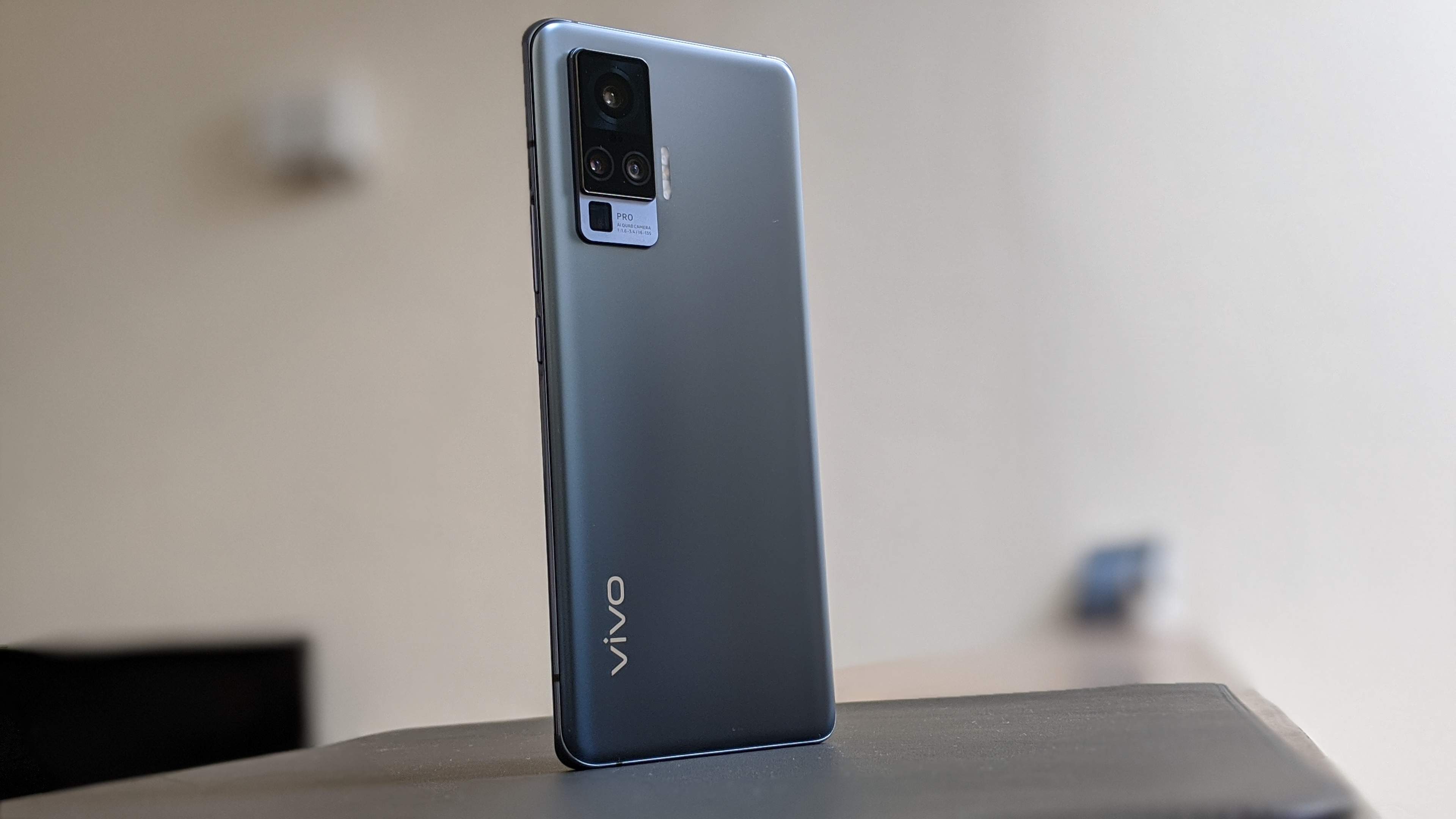 It’s not surprising then that the camera is an attention-grabbing element in the X50 Pro’s design, and for all the good reasons. I mean sure, the two-layer camera bump and the inordinately-large-looking gimbal-mounted primary shooter could be divisive, but the fact that Vivo has managed to pack in all this gimbal tech and a periscopic zoom without making the X50 Pro big and bulky is an achievement in itself. It’s refreshing to see how compact a phone can get, particularly in times when most phones brands seem to have started ignoring how big a phone for normal people should be. Combine this with the Vivo’s premium category intentions – the phone is all manners of luxurious and premium looking, curved glass edges, glass-metal sandwich and that almost satiny soft touch rear finish – and you have a phone with arguably one of the best ergonomics and ‘hand-feel’ in recent times. This is a solid looker, no two ways about it. 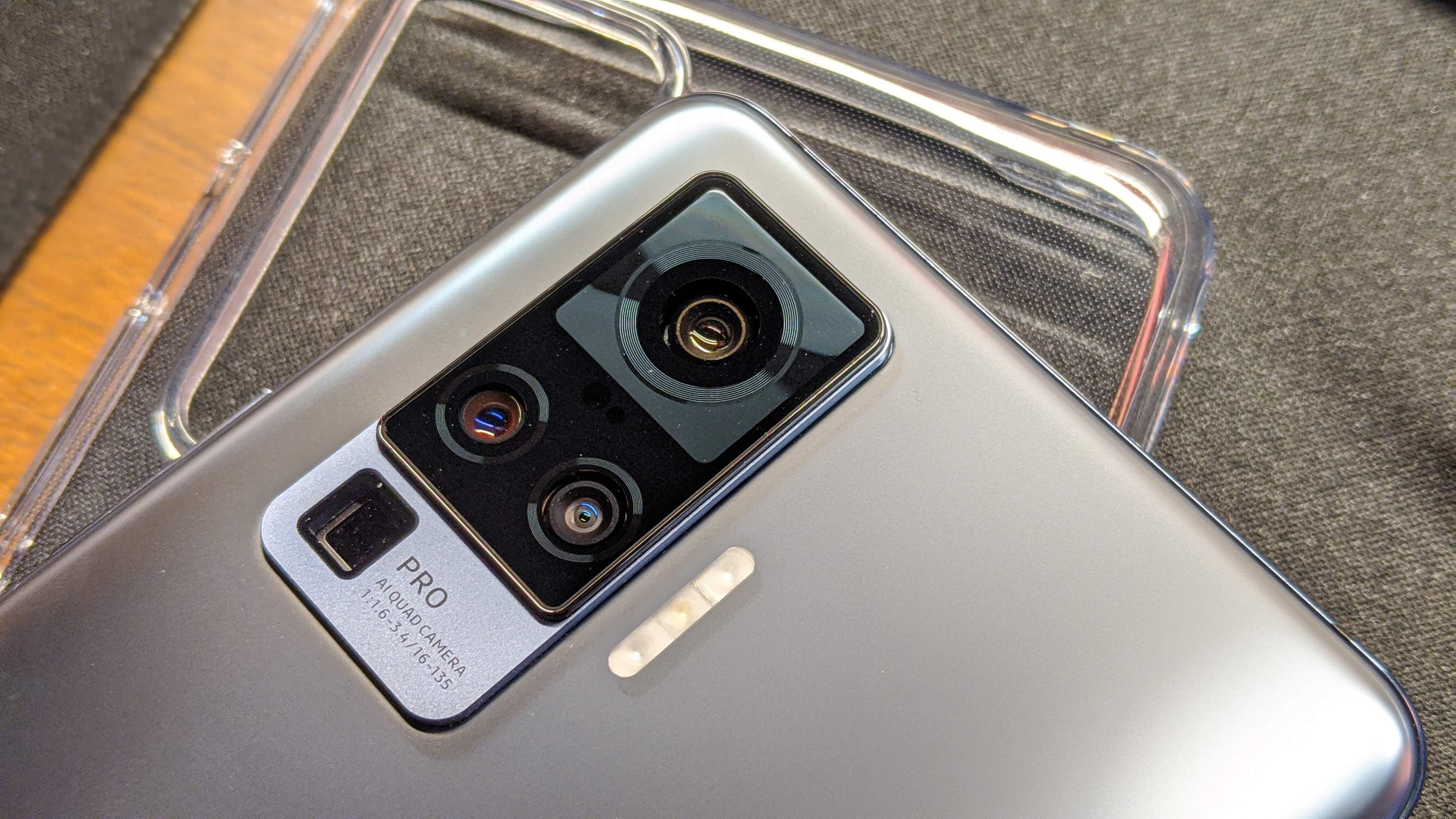 But let’s get straight to why you’re here, that gimbal-mounted camera system for the 48MP Sony IMX598 primary sensor. Vivo claims the gimbal approach far outperforms traditional optical image stabilisation systems, up to three times better. In day-time shots, the difference isn’t as apparent, and here it comes down to the IMX 598 sensor which turns out respectably sharp, detailed shots with good colors, but there is a tendency to over sharpen the images.

In all fairness, the images are still surpassed by the vastly better image processing and dynamic range on the S20 Ultra and the iPhone, or for that matter the IMX689 on the OnePlus 8 Pro. Recording 4K/full HD video at 30 frames per second while walking at a normal pace again sees very little difference, but the gimbal system really kicks in when you pick up the pace or start climbing stairs, where the 3-axes stabilization steps in to produce super smooth video compared to the undeniably left-right-rocking movement on the iPhone/Samsung. 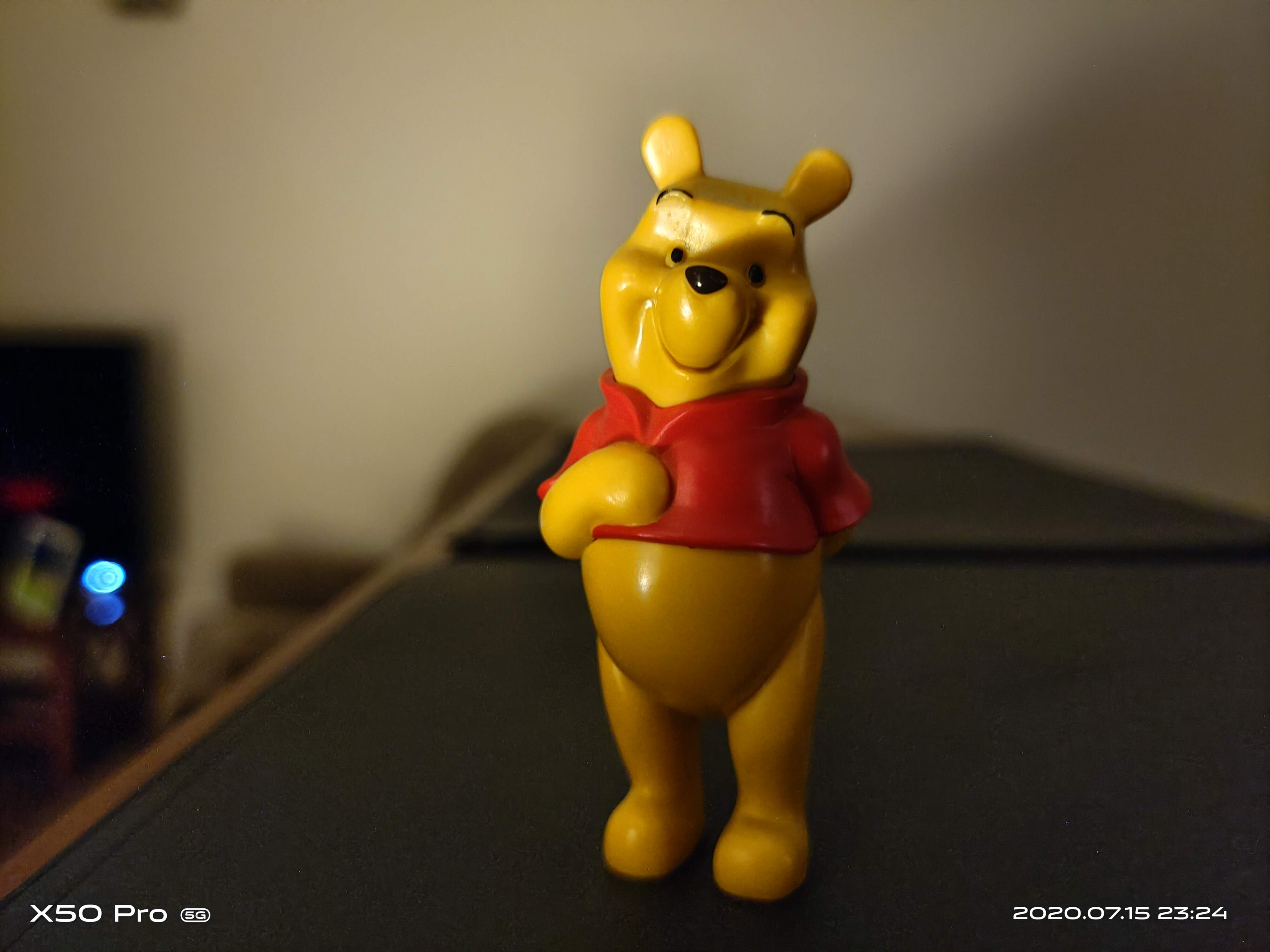 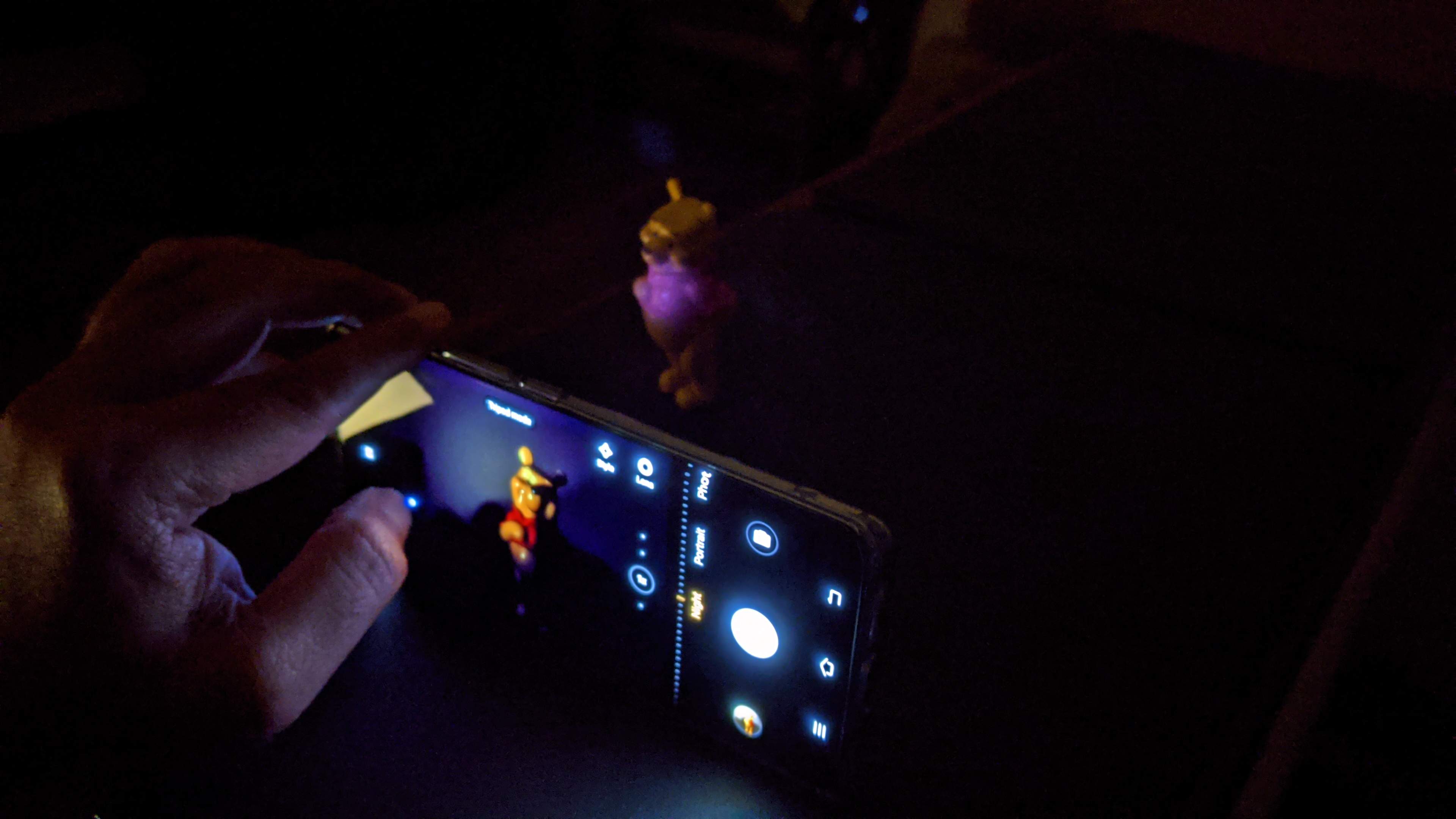 Where Vivo widens its lead in in low-light, night-time, or poorly light indoor shots. Because the gimbal is continuously working to smooth out the micro-shakes from your hands, handheld photos at night, even on the regular Photo mode, are rich in details and bereft of blur and noise. It’s reminiscent of the Huawei P30 Pro, with its ability to brighten up a scene and show you things that only a long exposure can afford. The shot of Winnie the Pooh had the ‘Birbal-street-lamp’ equivalent of little bit of light from the adjoining room, and the X50 Pro’s Extreme Night mode pulled off a shot better than I could have imagined. Dark magic, almost.

Aside from the primary shooter, the X50 Pro gets a full complement of shooters – a 13MP ‘50mm prime’ portrait shooter, an 8MP super wide-angle and an 8MP periscope zoom lens capable of 5x optical/60x digital zoom. Color science across the various shooters were closely matched, and images were pretty good, although I’d only suggest you take the zoom levels to about 15x beyond which quality drops pretty quickly. To draw a quick comparison, the X50 Pro’s zoom shots were certainly usable, but the Find X2 Pro zoom was decidedly better at each zoom level. A couple of quick differentiators which I really liked, before we move on - the ‘Sports Mode’ which helps capture fast moving objects and the Starry Sky mode, both of which use the gimbal to freeze the moment and help deliver seriously amped up shots! The filters for the night shots - Black Gold, Green Orange, Blue Ice and Cyberpunk – are pretty cool as well. There’s a lot I didn’t touch upon – photo restoration modes, document shadow removal, astro mode – which goes to prove this is a phone that will keep you busy for several weeks to come just discovering the camera features alone. Now, while this may represent Vivo’s entry into the premium segment, the rest of the X50 Pro is fairly standard Android fare for this year – a 6.56-inch 90Hz high refresh rate AMOLED full HD+ display with a 32MP hole punch camera, and the Snapdragon 765G chip with 8GB of RAM that powers it all. Now, this is a 5G chip that we’re about to see in the upcoming OnePlus Nord, but where the OnePlus has its sights set firmly on the mid-range, Vivo’s used this in a near-50,000 rupee phone.

You may not miss the top-tier chip though – the new chip handles Vivo’s FunTouch interface handily, and there are plenty of customization options at hand here. Launching Asphalt and PUBG Mobile, there was absolutely no lag or delay and the 765G is going to be able to do pretty much whatever you ask of it. The one thing that take the shine off the premium experience is that the phone is full of bloatware, something Vivo could have avoided as it shifts gears with this device. The 4315mAh battery lasted well past the six hours of screen-on-time mark, which is respectable if you consider the added drain of the gimbal system. Fast 33W charging takes the X50 Pro from empty to nearly 40% full in 30 minutes, and a full charge took a little over an hour and a half.

All things considered, how does the Vivo X50 Pro fare? Look, the gimbal tech is no gimmick, but the big gains are seen mostly in action video and extreme lighting conditions. Get past this, and it’s fair to question just how much one should be willing to pay for this camera tech today, when you can either spend a lot less for the same core specs (sans the gimbal setup, of course) or spend the same amount of cash for true flagship phones like the Mi 10 and the OnePlus 8 Pro. Earns a recommendation for the camera fiends, but may give others pause.