The hype express has reached its destination, and the name’s Nord…OnePlus Nord. After months of speculation - much of it fueled by timely leaks and teasers peppered all over social media by the brand itself - OnePlus Nord has arrived, amidst unprecedented levels of hype, particularly so for a mid-range smartphone.

If it has somehow flown under your radar since its launch on Tuesday, Nord is a mid-ranger from OnePlus with a ‘touch of flagship’ – a fluid 90Hz AMOLED display, a 48MP quad-camera setup and 30W fast charging, stuff that’s borrowed from its OnePlus 8 cousin but at a 24,999 starting price! More importantly, Nord is aimed at restoring OnePlus to greatness in the segment it once created and dominated six years ago with the OnePlus One…and has since slowly yet steadily vacated with each successive launch. Having spent a short amount of time with the OnePlus Nord, here are my early first impressions. 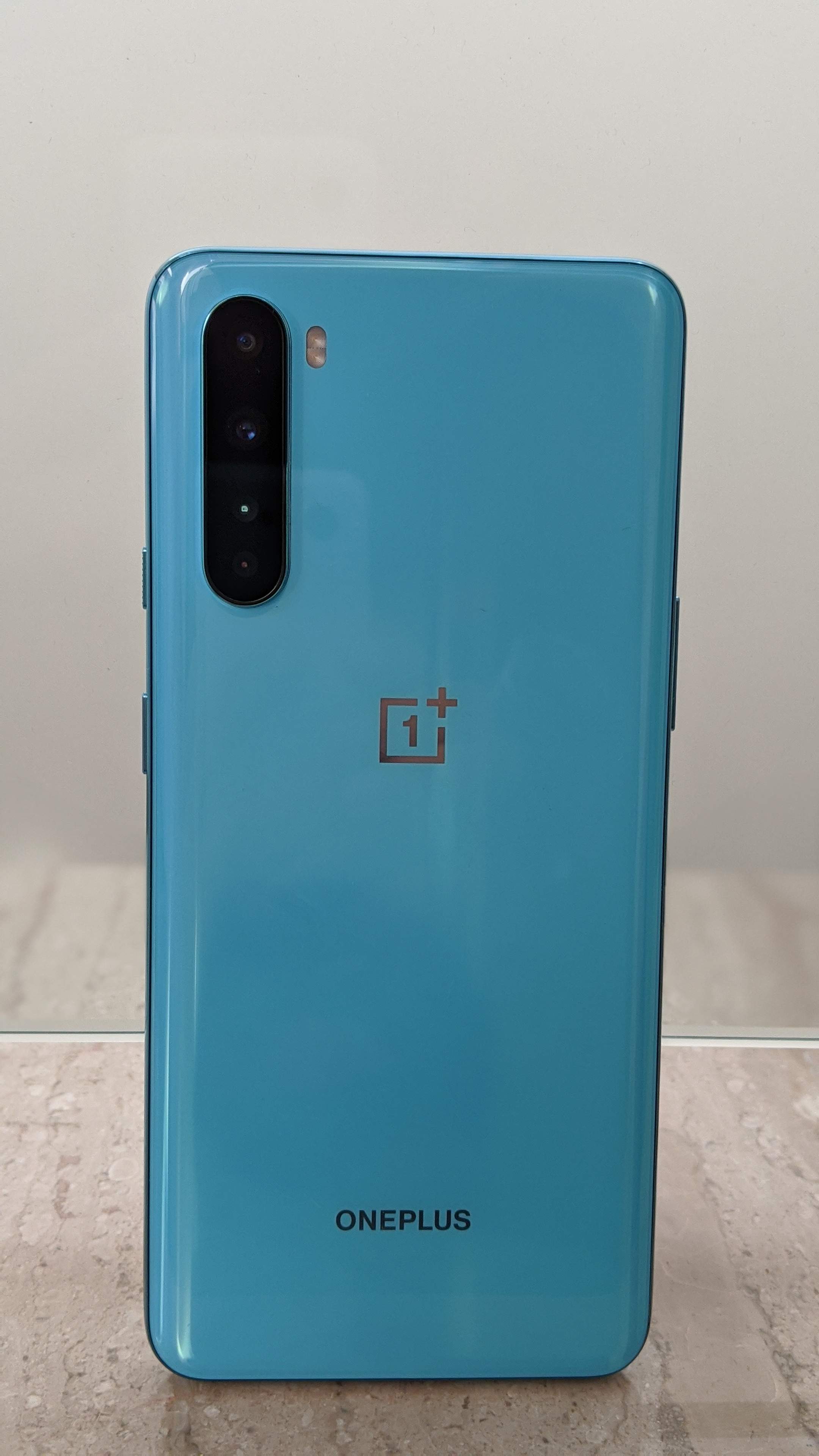 With its OnePlus visual identity for its flagship series well established in India, OnePlus has clearly tried to differentiate the Nord series, opting for a blue-black theme all over the packaging instead of the usual red. The signature blue theme continues if you pick up the Blue Marble colorway, which I have in for review, and truth be told, the change is refreshing, and the visual upgrades are enough to give the OnePlus flagships some serious branding envy. The charging cable is still red, the only off-brand choice in what is arguably one of the slickest box contents around.

Out of the box, the phone by itself is very familiar to anyone who’s used a OnePlus phone previously, from the general design language to similar ports and button layout, including the trademark alert slider. The keen eye will notice the difference in material, with the use of polycarbonate for the mid-frame instead of the metal you see on the OnePlus 8 and 8 Pro and a glossy finish glass rear instead of the matte finish. The feel in the hand is particularly good, with the curved edges and the use of a non-curved, 6.44-inch display, plus the weight savings from the polycarbonate frame. 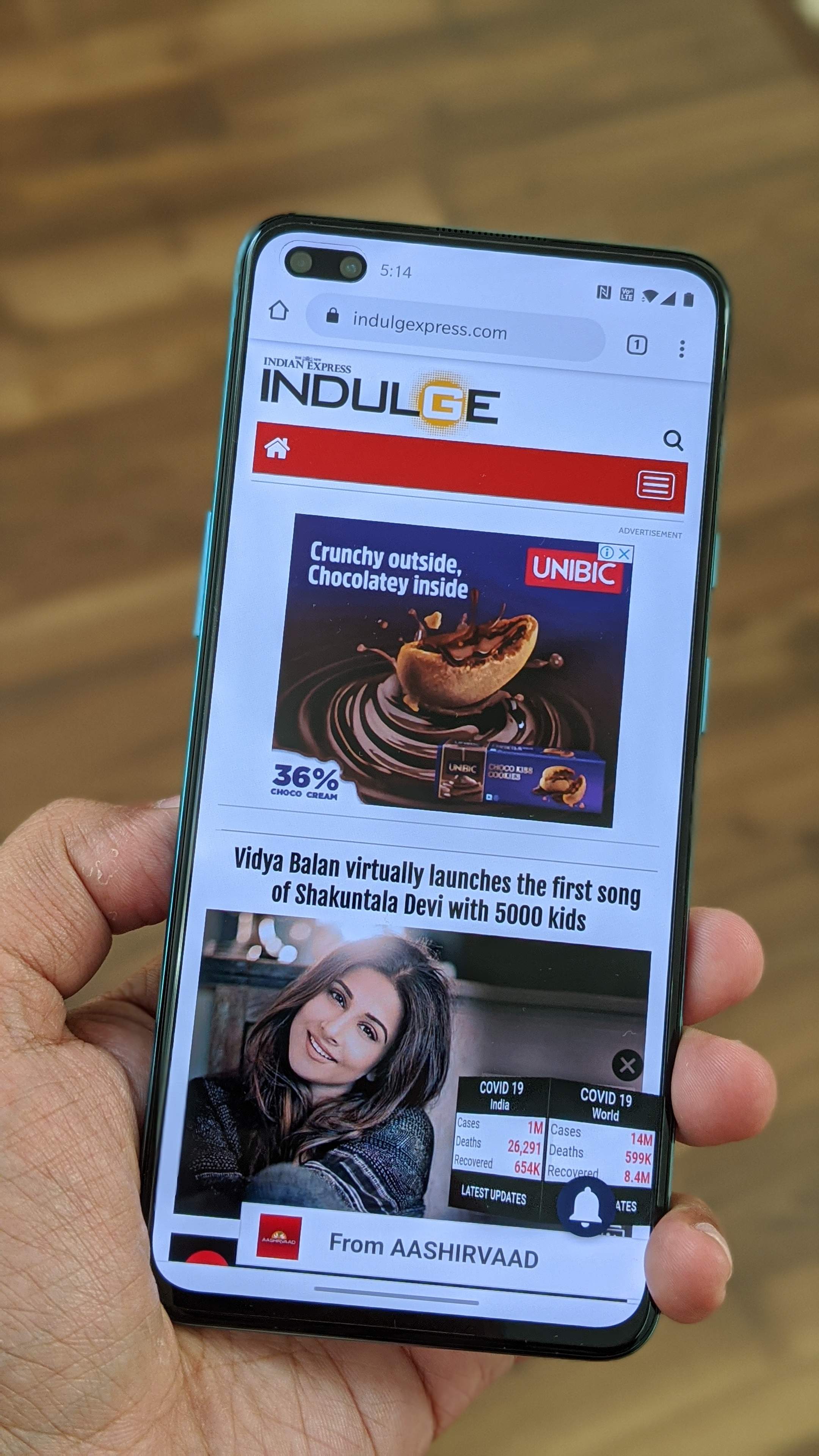 Where OnePlus hasn’t “settled” for is the display department, with a bright and punchy 6.44-inch full HD+ AMOLED display with a 90Hz refresh rate, which is bound to make a discernable difference in everyday use particularly when coupled with OnePlus’ software ace – OxygenOS. A lot of folks come to OnePlus for the fluidity of OxygenOS on a snappy display, and OnePlus clearly hasn’t scrimped here.

Where OnePlus has held back is in its choice of chipset, and for the first time, we see OnePlus forgo the Snapdragon 800 series chips in favor of the new 5G-capable 765G we saw on the Vivo X50 Pro recently. While I run my tests up until the full review lands next week, the choice of chip may just be a smart move to avoid the hefty 800-series premium while still delivering enough and more performance for day-to-day tasks. One truly gets the appeal of this device, so much so that a lot of normobs have asked me about this device in the weeks leading up to the launch. When you consider the hardware on offer, it's apparent just why Nord looks to be an absolute bargain, particularly at the sweet pricing we’re getting in India (12/256 at under 30,000 is a huge deal!). We’ll dive into just how the device performs in our full review early next week, so stay tuned for more.