Xiaomi Mi 10 review: Shoot for the moon, land among the stars

When you think of Xiaomi in India, you think “budget smartphones”. For good reason - the brand has made a significant impact in the sub-25K segment with its Redmi lineup and is synonymous with the word “value” in the Indian smartphone market. Xiaomi’s rare dalliance with the premium segment – the 2018 Mi Mix 2 – barely made a splash, which meant India never got to see the pricier Mi 8, Mi Mix 3 or the Mi 9 series. Come post-lockdown 2020, and the brand is raring to shed the budget reputation with the all-new Mi 10 and move the conversation back to the premium flagship space. This is a phone with seriously impressive all-round chops, including the headliner 108MP camera, but Xiaomi’s practically starting from scratch in a segment where OnePlus has a dominant foothold for years. Can the brand convince consumers to fork over Rs. 49,999 for a “Mi phone”? Let’s find out.

For a phone operating in flagship territory, the Mi 10 certainly looks the part. No matter whether you pick it up in the Coral Green or the Twilight Grey, this is an undeniably slick looking device, and Xiaomi’s nailed the brief for “premium feel”. With a glass-sandwich design somewhat reminiscent of the Samsung S9 flagships, the Mi 10 features curved glass on both the front and rear merging into the aluminum frame, with no discernable rough edges and an overall fit and a fit and finish that goes up against the best from Samsung. Even though it’s fairly large and heavy, the slim sub-9mm profile and tall form factor allows most average-sized hands a confident grip, and you don’t really notice the heft. A couple of side notes about the design: you get two identical speakers for balanced stereo sound and an infrared emitter for TV/set-top box control, but the rear camera module protrudes a fair bit and the phone lacks formal IP68 certification for water resistance - the latter pretty much table stakes at this price point.

Turn it on, and the bright 6.67-inch full HD+ AMOLED panel dazzles with vibrant, punchy colors and a fluid 90Hz refresh rate that makes everyday interactions – browsing the web, scrolling through Twitter or just using the MIUI 11 interface - a load of fun. HDR10+ support makes for an excellent media consumption experience, particularly on supported streaming services like Netflix. The display houses an in-screen fingerprint sensor, which is among the fastest I’ve used, and face unlock (using the hole-punch camera in the display) is plenty fast as well. The vibration motor for haptic feedback is extremely refined as well, and really, the lack of quad-HD+ resolution or a higher frame rate 120Hz panel isn’t a deal-breaker for this otherwise fantastic screen.

Now, the Mi 10 can’t earn its flagship stripes without top-shelf internals, and Xiaomi doesn’t disappoint. It runs the Qualcomm Snapdragon 865 chip paired with 8GB of the fastest LPDDR5 memory and up to 256GB of snappy UFS 3.0 storage, and Xiaomi’s thrown in the kitchen sink with Wi-Fi 6, fast wireless charging and future-proof 5G support. Expectedly, the Mi 10 handles both day-to-day use and graphically intensive games with aplomb, and the multi-level cooling system works well to keep temperatures in check. Battery performance checks all the boxes – you get 30W wired and wireless charging (with the optional Xiaomi charger, Rs. 1,999) and 10W reverse wireless charging for all your Qi-charging compatible accessories. The mammoth-by-flagship standards 4780mAh battery lasts well past a day of medium usage. Xiaomi’s exercised a fair bit of software restraint on the Mi 10, replacing its browser, dialer and messaging apps with Google’s stock equivalents, but there’s still a fair bit of bloatware by way of Mi Video and GetApps (among many others) pre-installed, not to mention repeat notifications from many of these third-party apps. One could argue that these could all be uninstalled, but it’s a misstep on Xiaomi’s part if they want to project a premium ownership experience with this device. 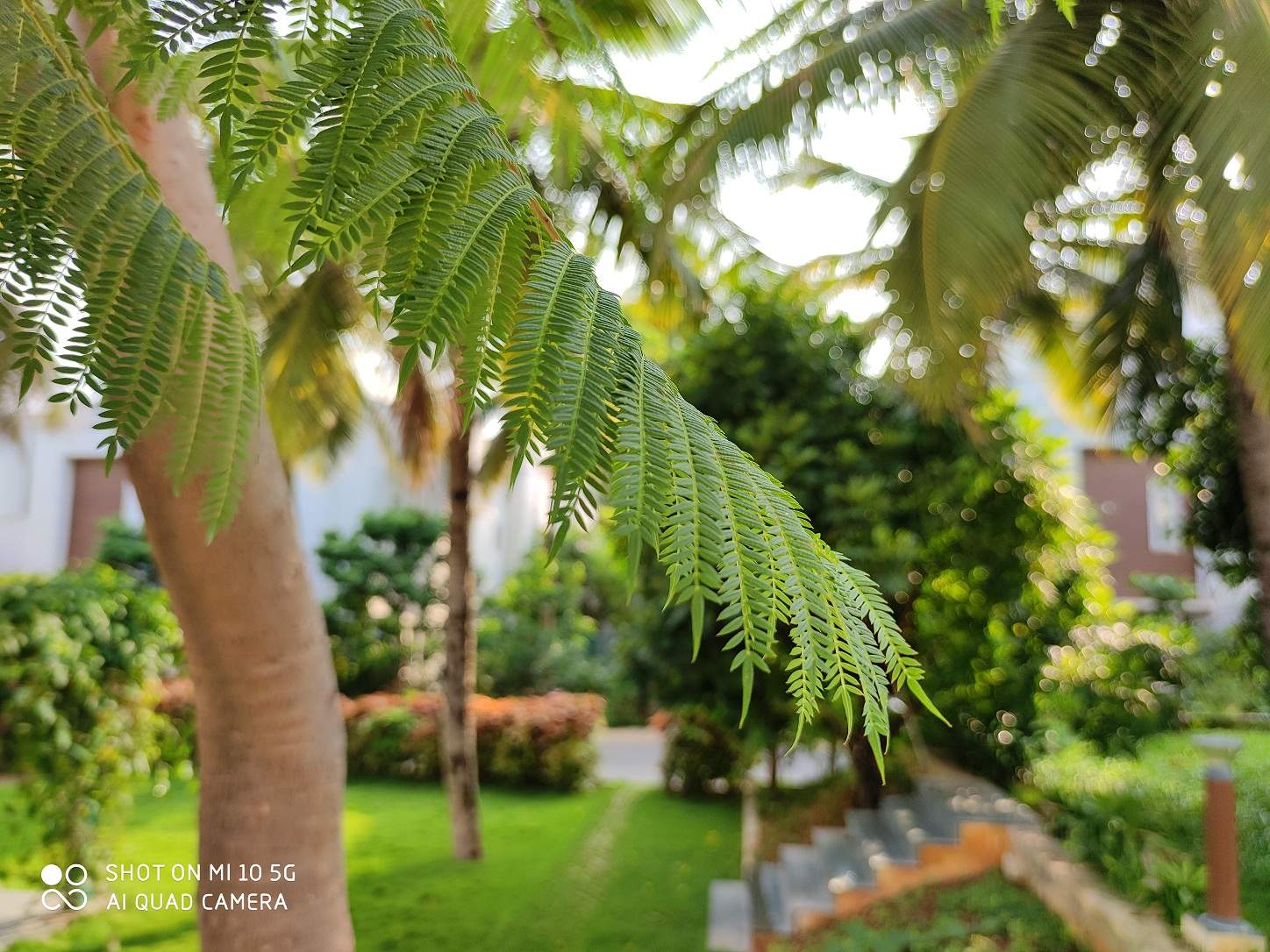 Of course, the headline-grabbing feature is the 108-megapixel primary camera, something you’d only be able to find on a Samsung phones twice its price. Alongside that, you get a 13MP ultra-wide angle, a 2MP macro lens and a 2MP depth sensor for portrait shots…and no telephoto camera. Images from the primary camera are fantastic, with great dynamic range in tricky lighting and controlled noise levels in low-light images. Images pack in enough detail to zoom in…and not miss a telephoto camera, although one would have gladly exchanged the macro shooter for a real telephoto. Why? The 2MP macro turned out barely usable results, and Xiaomi could have repurposed the ultra-wide angle for the same purpose. 8K video recording at 30 frames per second is a nice bonus that many will probably try once (it practically chews through your storage), but I’d highly recommend the image stabilized 4K recording at 60fps instead. In all, save for the average macro-shooter, Xiaomi’s delivered a camera that can hold its own, both on video and stills, against flagship phone cameras that cost a lot more. I’ve long maintained that flagship smartphones can be identified not by their pricing but by their cameras, and the Mi 10 has, without a shadow of a doubt, delivered a flagship camera with the Mi 10. 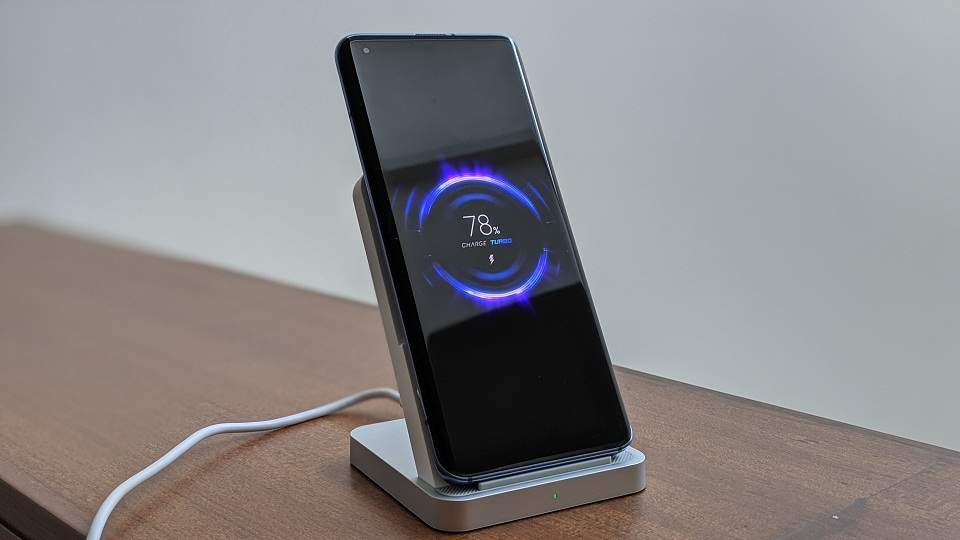 In the end, there’s a lot to like about the Mi 10, a product that’s greater than the sum of its parts. I’d go so far as to say it still represents good value for what you’re getting, even though many would likely balk at the prospect of paying fifty-grand for a Xiaomi smartphone. That’s a bit of an uphill climb in terms of repositioning for a brand that has driven the message of insane value throughout its existence in India. There’s the issue of the incumbents as well – the Mi 10 competes against the formidable OnePlus 8-8 Pro duo, which may not pack the star camera power of the Mi 10, but both are locally assembled (allowing for more competitive pricing) and enjoy a better brand cachet in this price segment already. If anything, the Mi 10 could serve to showcase Xiaomi’s ability to turn out a polished flagship, towards establishing Xiaomi as a serious contender in this space. And who knows, maybe even sell enough to convince Xiaomi to persist in this segment and bring more of their flagships onto Indian shores.