With so many of our waking hours spent on phone calls and Zoom meetings, it’s getting imperative to invest in a good pair of Bluetooth earphones. In today’s round up, I take a look at three new options in the space – the Samsung Galaxy Buds+, Xiaomi’s Mi True Wireless Earphones 2 and the OnePlus Bullets Wireless Z – and try them across a bunch of calls, music and Youtube sessions. Let’s do a sound check, shall we? 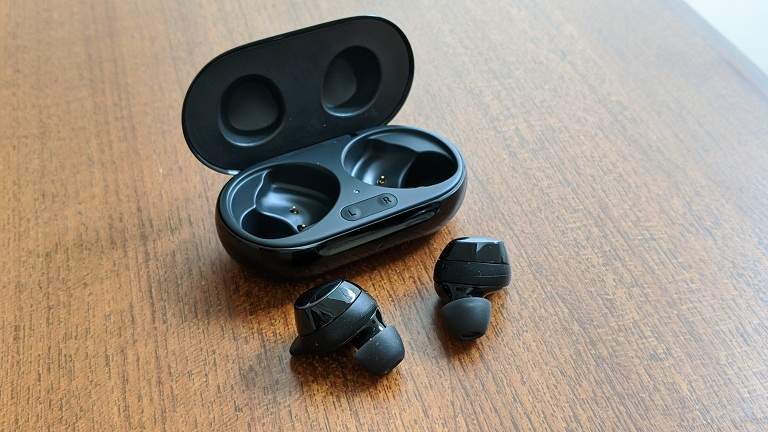 What it is: Samsung’s been toying around with the true wireless category for some time, but it was last year’s Galaxy Buds that truly delivered, particularly when they were paired with a Samsung smartphone. This year’s Galaxy Buds+ take a leap forward to deliver a truly competent product that can be recommended to Android and iOS owners alike.

Pros: Retaining the design of the original Buds, the Buds+ are tiny and don’t have a stalk protruding out of your ears, which allows for secure fit and comfort over extended use while remaining inconspicuous. The fit allows for a good degree of passive noise isolation, which comes in handy since the buds lack active noise cancellation. Build quality for the buds and the charging/carrying case is premium, and the touch controls on the earbuds are precise and easy to use. The big changes are within, with three microphones (two outside, one inside) for improved voice call clarity and dual drivers (woofer+tweeter) in each ear for improved definition in the bass while maintaining clear mids and highs. No matter what device you pair these to, you will not be disappointed with the crowd-pleasing sonic signature on songs playing over the SBC, AAC, and Samsung's proprietary Scalable Bluetooth standards. Battery life is impressive at nearly 11 hours per charge, with the Qi-wireless charging case allowing for one additional charge. Pairs best with Samsung phones (with the most extensive codec format support) but works well with all Androids and even iPhones as long as you download the Galaxy Buds+ app from the App Store.

Cons: The most obvious miss is the lack of active noise cancellation, which helps cut out repetitive sounds like the train commute or the hum of the aircraft engine. No IP rating for sweat or splash protection either. Lacks support for popular aptX and LDAC Bluetooth standards. 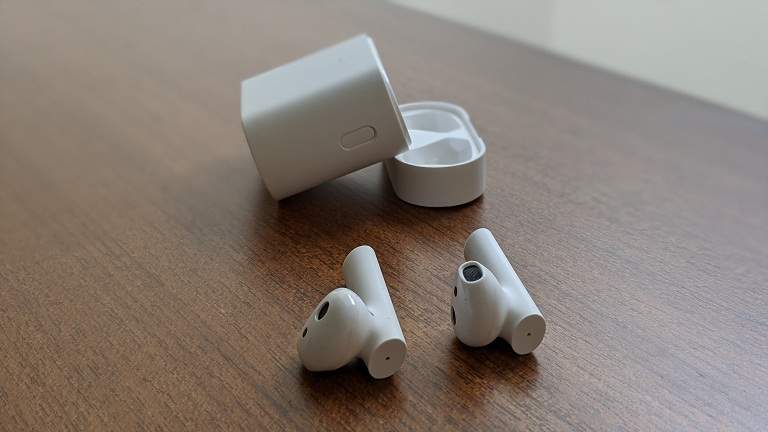 What it is: You’d expect Xiaomi to employ its tried-and-tested approach of ‘shocking the consumer in terms of sheer value’ to work to great effect in practically every category, but this isn’t the case with the True Wireless Earphones 2 launched under the Mi brand. At Rs. 4,499, these go up against the much-liked Realme Buds Air (Rs. 3,999) from end-2019 and score big on build and audio quality. Worth a recommendation.
Pros: Up and down price points, Xiaomi’s nailed the build quality of its products, and the True Wireless Earphones 2 are no different. Both the case and the earbuds feel solidly built, and while the distant inspiration to the original AirPods can’t be overlooked, it’s a lot more subtle than the blatant design rip-offs that were the Buds Air. The thicker matte-finish stalks on the earbuds protrude rather visibly out of the ears, and there’s only a tiny glossy eartip that enters your ear, so you’ll have to see if it suits your style. That said, fit and finish is well worth the asking price, particularly when compared to the Buds Air. Connectivity is quick over Bluetooth 5.0, and it’s smoother still when you own a device running Xiaomi’s MIUI – there’s a pop-up connection alert a la the AirPods/iOS when you first flip open the case. But it’s audio quality (and how they fare against the competition) that will decides the TWE 2’s fate, and Xiaomi has triumphantly checked off all the right boxes on this product. It’s tuned for Indian audio sensibilities, ergo the balance of highs and mids with a dash of bass. Vocals are crisp, bass is sufficient for what a lot of Bollywood demands, and the overall sound profile is strong and punchy, making these a pleasure to listen to for a whole lot of genres of music…and a whole side better than the bass-happy Buds Air. With a Xiaomi phone, you can stream over the LHDC codec for high-resolution streaming as well, and there’s a low-latency mode you can use with your phones while gaming.
Cons: A lack of silicon ear tips prevents noise isolation, so you do hear a fair bit of outside noise when the music is playing at low levels. Touch controls are a little finicky to get right. Battery life is good on the earbuds (4-5 hours on average) but the charging case doesn’t offer the wireless charging capability of the Buds Air. 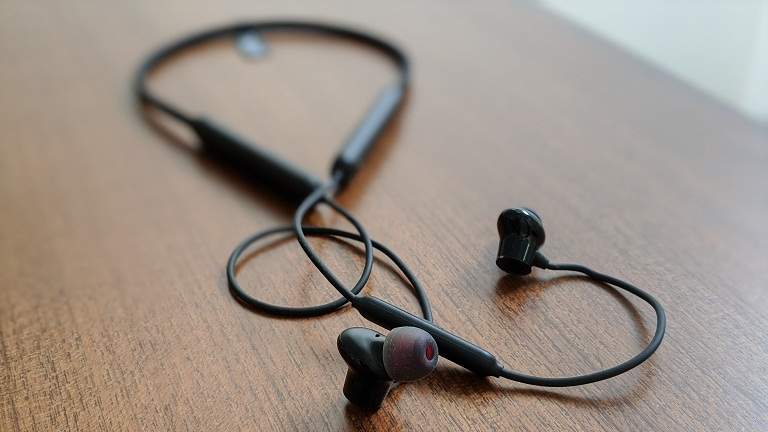 What it is: Launched alongside its latest lineup of smartphones, the OnePlus Bullets Wireless Z is the third pair of wireless earphones and its most affordable yet, by far. If you’re in the market for a pair of neckband-style wireless earphones, the Wireless Z offer a lot of features sans any serious compromises and are the best money can buy for the price.

Pros: The Wireless Z are a dead-ringer for the far more premium Bullets Wireless 2 from last year and it’s only the keen eye that will spot the truly minor differences. You get the same bevy of useful features – the magnetic power switch, for example, which turns the earphones on or off depending on whether the earbuds are attached to each other or not. Or the dust/water resistance, the Type-C fast 20-minute charging and the 20-hour battery life, for that matter. Where the difference lies is in how the Wireless Z are outfitted sonically, with only a single driver in each earpiece compared to the two with the Wireless 2. Sound quality thus isn’t on par with the previous generation, but the presence of a pleasing amount of bass and acceptable highs means that these sound about right for what you’d expect at this price point.

Cons: Magnets sometimes disengage in transit, particularly inside a bag, turning the earphones on inadvertently. Low latency gaming mode works only with OnePlus smartphones. No support for the aptX codec.