It may have started off last year as the antithesis to the OnePlus’ “flagship killer” motto, but their Pro series of flagship smartphones have always had something or the other hold them back from deserving an outright recommendation against the likes of Samsung. Whether it was the less-than-flagship camera performance or the lack of basic flagship hygiene factors like wireless charging and IP-certified waterproofing, one often felt that the 7 Pro and the 7T Pro only half-deserved a seat at the flagship table.

That changes with the OnePlus 8 Pro. A stunning design with an unmatched 120Hz quad-HD+ AMOLED display, top-shelf hardware and, for the first time on a OnePlus phone, IP68 waterproofing and fast wireless charging – all come together in the OnePlus 8 Pro flagship, one that can finally shed the “where’s the compromise” tag. But is it worth the premium over the OnePlus 8, and how does it fare with the recently launched Xiaomi Mi 10? Let’s deep dive into the OnePlus 8 Pro. 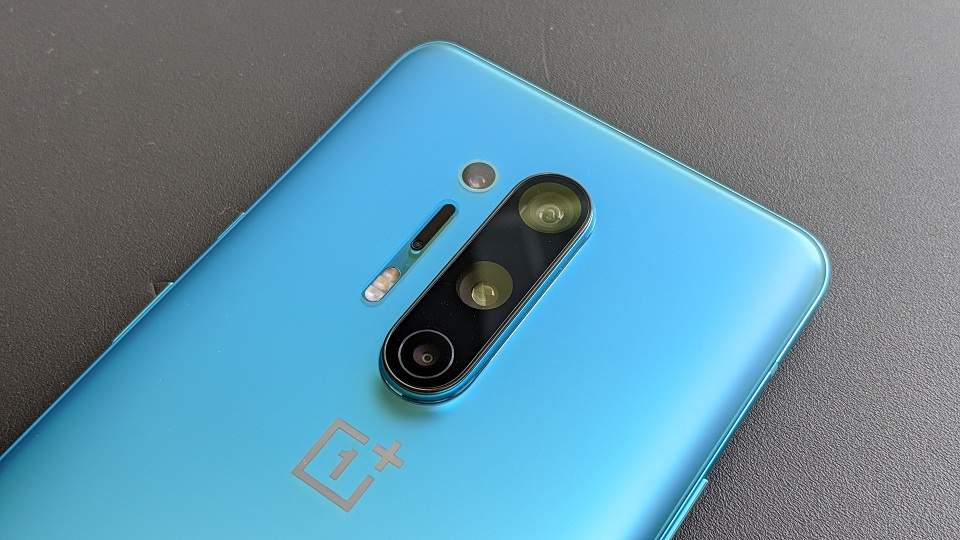 Let’s start with design, a department where I think OnePlus has really only iterated an already stunning design with a few nips and tucks. You get the same frosted Gorilla Glass 5 back with a matte finish that curves seamlessly into the thin metal mid-frame that joins the curving glass front. With the pop-up selfie camera replaced by a hole-punch cutout, OnePlus has shaved off vital grams to give the 8 Pro a better balance in the hand than previous Pros. Without a shadow of a doubt, this is a premium-looking phone that you can show off alongside the best flagships of 2020. You could even rock it without a case…although you will soon come across the one iffy design element – a camera module that wobbles when laid flat on a hard surface. Of course, the best design changes are the ones you can’t really see. OnePlus has finally boarded the wireless charging bandwagon, with support for 30W Warp Charging speeds, plus the IP68 rating lets you take the OnePlus 8 Pro along with you for a dip into the pool (or other water related mishaps). Finally! Switch it on, and the large 6.78-inch display is designed to please, no matter what you’re doing with the phone. Crank up the resolution to quad-HD+ (3168x1440 pixels) and you can dial up the refresh rate all the way up to 120Hz, with none of the nonsense of having to pick a lower resolution. It’s hard to explain just how much difference a 120Hz display can make over a standard 60Hz panel, but it’s one you have to try for yourself – just be ready to have your mind blown! As slick as they get, really. The result is a screen that’s nothing short of sublime, whether you’re watching Netflix on the HDR10+ panel or even casually scrolling your Instagram feed. It’s punchy by default, although you can play around with the color profiles if you’re looking for something more natural. Surrounding the screen is a pair of stereo speakers, one below the display and one recessed behind a grille above the screen, and they get plenty loud for casual gaming or a quick YouTube video. A small point that deserves mention, simply because it makes such a big difference in daily use – the haptic (vibration motor) feedback on the OnePlus Pro models has been getting better over the years, and it’s arguably among the best Android has to offer.

Now, while I alluded to this in my OnePlus 8 review, a large part of the reason why the OnePlus 8 Pro is a joy to use is OxygenOS, which has over time become my favorite third-party user interface on Android. There’s no bloatware while still packing a bunch of well-considered customization options without compromising the hardware-software optimization that makes the phone fly. Of course, the other reason is the bleeding edge hardware it shares with the OnePlus 8. Qualcomm’s Snapdragon 865 chip leads the charge here, with 8GB of speedy LPDDR5 RAM and 128GB of UFS 3.0 storage on the base variant, which goes up to 12GB/256GB on the Rs. 59,999 variant. No matter which variant you pick, the phone is blazing fast and has enough headroom for today’s apps and games. As a bonus, there’s Wi-Fi 6 and 5G from the get-go, but these connectivity standards will only really come into their own a couple of years from now. 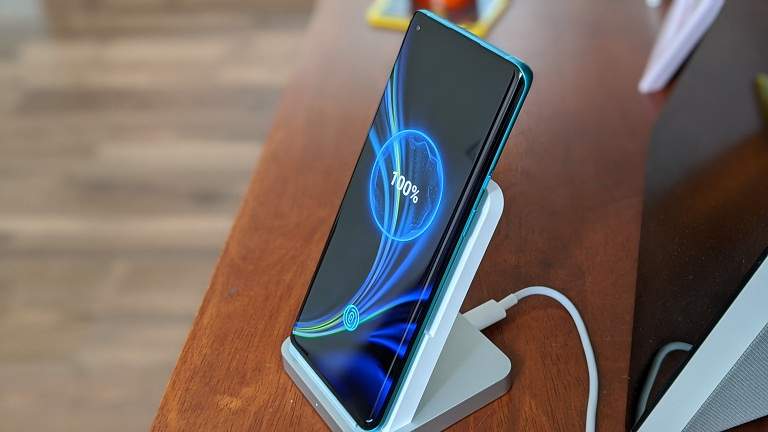 You’d think that the latest chips and the combination of a high resolution display with a 120Hz refresh rate would absolutely butcher the OnePlus 8 Pro battery life, but the 4510mAh unit on the device delivered a day’s worth of use without any issues. I routinely managed over five and a half hours of screen-on-time with all the display settings cranked up, and well past six-and-a-half on conservative settings. When you need to charge the phone, the Warp Charge 30T charger takes a little under an hour to take the tank from empty to full. Of course, you charge at up to 30W (same as wired charging) charging speeds with a compatible charger (which hasn’t gone on sale, as yet), and charge other accessories like wireless earbud cases off the rear panel as well.

OnePlus cameras have traditionally been their Achilles’ Heel, and this generation takes the cameras closer to mobile camera greatness. Let’s spec it out – you get a 48MP Sony IMX 689 primary camera, a 120-degree ultra-wide 48MP shooter, an 8MP zoom lens and a 5MP color filter lens, with the primary camera shooting four-pixels-to-one-pixel binned 12MP shots. The color filter camera made some news recently with its ability to see through thin plastics and diaphanous clothing, so OnePlus has rightly disabled it while it works on a fix.

Shots from the main sensor are chock full of detail, with improved dynamic range and accurate colors, while low light images, particularly in Nightscape mode, benefit greatly from the new sensor. The ultra-wide angle takes in a lot more of the scene (with the associated side-effects of barrel distortion) but it does double duty as an excellent macro shooter, so there’s that. No major improvements to the zoom camera, which should have been an area OnePlus should have targeted since it avoided the arms race of packing in a 100+MP shooter in their 2020 flagship. The selfie camera wasn’t particularly impressive, either.

While shooting videos, you can use either the primary or the ultra-wide angle to shoot 4K 60 frames per second video, but then you have the excellent 8K recording on the Mi 10 as a new benchmark. Overall, I quite liked the camera results from the 8 Pro, but a better tuned image processing algorithm will go a long way in making it the absolute best in the space. For now, it’s best described as perfectly serviceable, one that is somewhat bested in detail and raw capabilities by the competition.

At the end of the day, after the dust settles on the high refresh rate displays and the scorching performance, you’ll struggle to find an Android phone that’s more complete, across the board, than the OnePlus 8 Pro. The overall fit and finish of the phone, the refinement if you will, is where the OnePlus 8 Pro shines, even as other phones take legitimate shots at unseating the premium category champ.

About that Rs. 50,000 question, though. Should you spend it on the Mi 10 or the pay the marginal extra for the OnePlus 8 Pro? OnePlus has the software/hardware chops and a display like no other, while Xiaomi has slightly better ergonomics and the slight edge in the camera department. Take your pick.