It was seemingly a small set of announcements peppered throughout the packed two-hour keynote, one that may have been overshadowed in the headlines by the Mac-Apple Silicon news and the iOS-macOS visual overhaul, but Apple’s doubling down on user privacy were, by far, some of the most important announcements that Apple made at WWDC 2020. The focus on privacy is not new - for the past several years, Apple has been floating this almost utopian-ideal of your data staying on your device, and not floating out surreptitiously to advertisers tracking your every digital move. Yet, it’s one thing talking a good privacy game, but Apple’s one of the few companies that is walking the talk on user-first privacy measures that further separate the Cupertino giant from its Mountain View competition. The subtle, almost diaphanous criticism of Google and Facebook were not lost on us, Apple.

You want location access? How about an approximate?
Have you ever considered why certain apps, say for events or entertainment, ask for your exact geo-location for recommendations for nearby places (*cough*ads*cough)? With the new iOS 14 and iPadOS 14 coming later this year, Apple will allow folks using their devices to share only what Apple calls “Approximate Location”, your coordinates accurate to a few kilometers to where you’re currently, rather than precise latitude-longitude datapoints that leak your behavior to advertisers. To achieve this, the world has been divvied up into squares roughly 25 square kilometers in size, so if you feel an app can do its job with an approximate sense of which side of town you are instead of your house and street address, that’s what you can choose to share with the app. No more broad-brush decisions of sharing either exact location or no location at all, now with your iPhone/iPad giving off a general sense of where you are, all those news and weather apps can continue to work without letting on too much to big brother advertiser trackers. Smile! You’re on camera!
Ever get the feeling an app is listening in on your conversation or using the camera without your permission? Many apps ask for camera and microphone access without really ever stating why…and use data from these sensors anyway in the background! With iOS 14, you get a camera and microphone indicator show up alongside the location indicator icon, quite like the red light that lights up on top of most laptops when the camera is in use. If you see this indicator turn on when you don’t expect it to, it’s time to rein in the app and turn off camera and mic access.

(App) Walls have ears
Back in 2017, Apple’s Safari browser on its iOS and macOS platforms introduced the concept of intelligent tracking prevention to stop websites from tracking your behavior across the network of ad trackers as you go from site to site. Safari in macOS Big Sur builds on that to show you a list of trackers that have been blocked on each site you visit, and summarizes the privacy report of the sites you visit into a handy Privacy Report, so you can choose to avoid excessively nosy sites, should you wish. The big upgrade, though, comes to the mobile platforms, with intelligent tracking prevention rolling out to apps on iOS 14 and iPadOS 14, via cross-app tracking prevention. Imagine you use a bunch of app-supported apps, such as that free game or that viral video-sharing platform. Advertising networks, the data brokers of the digital age, use information signals from each of these apps to tie back your app usage behavior into a digital profile of what you do when, and use this data to serve up ads across various apps and websites. With cross-app tracking controls, you’ll now be able to see what apps have cross-tracking on, and revoke that permission at any time. 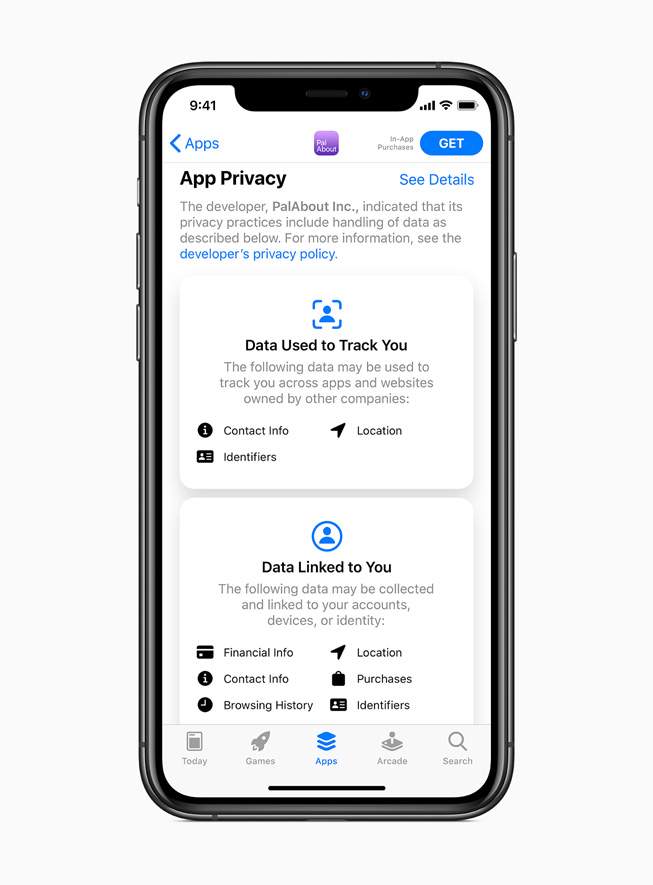 App Nutrition Labels: is this app healthy for you?
Apple took the familiar route of nutrition labels we see on food items at the supermarket to explain the sort of self-reporting app developers will have to do about the permissions their apps ask for, up front on the App Store. Folks like you or I could review the app privacy policies laid out in an easy-to-consume fashion – no, not pages of privacy policies and finer print than you have time for – and take a call whether you want to share stuff like your contacts, browsing history, location and other identifying details with the app *well before* you download the app. Honestly, this was something that should have come a long time ago, and it’s good Apple’s mandating this to app developers.

As iOS 14, iPadOS 14 and macOS Big Sur roll out to millions of devices worldwide later this year, it remains to be seen whether these changes will cause an increasing focus on conversation around privacy across all platforms. One thing is for certain, if you’re on an Apple device come this fall, your data is a wee bit more secure and, like the tired Las Vegas trope, whatever happens on your device *stays* on your device.