Amazfit T-Rex Review: As tough as they get

The legendary Casio G-Shock has a glorious legacy of nearly 40 years in the business of durable timekeeping but, save for the folks who specifically go in for its chunky looks, the G-Shock is, by and large, a dinosaur in the modern smartwatch age. Enter the appropriately named Amazfit T-Rex, a smartwatch in G-Shock clothing! Made by the folks at Huami, a Xiaomi-funded wearables firm that is responsible for the tens of millions of Mi Bands on consumer wrists, the Amazfit T-Rex is a tank of a smartwatch that is made for folks who like the wild outdoors and want their wearable to stand up and deliver in the toughest of circumstances. Or, you know, for people who vibe with the chunky look and want a bit of connectivity smarts (no, not judging one bit!) 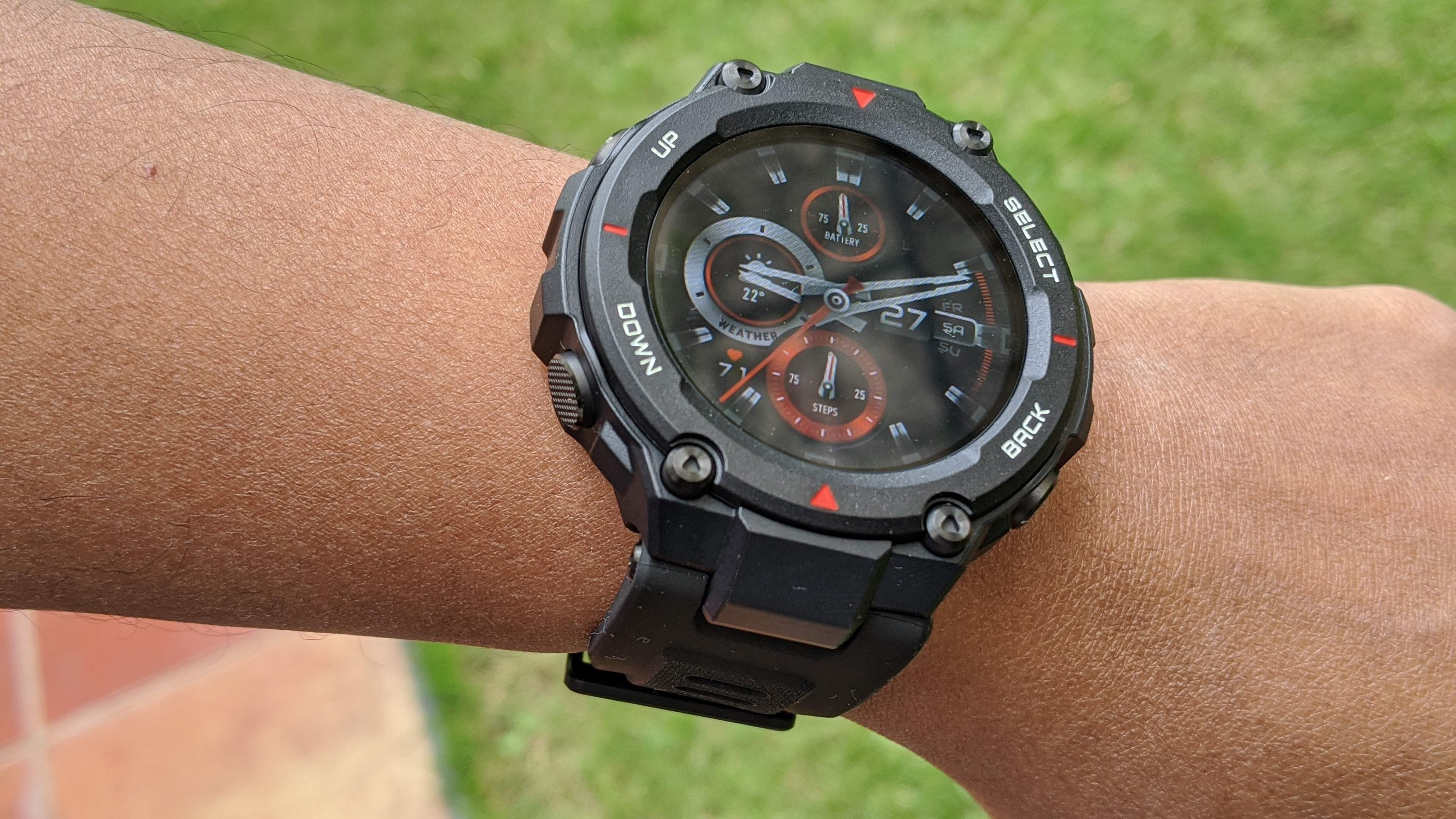 Let’s be honest, if Amazfit had delivered anything less aggressive looking with a name like T-Rex, I’d be truly surprised. In the world of Apple Watch and Apple-Watch clones, the T-Rex has a standout look, one that is unapologetically rugged and hulking. If you care about the maximum display and minimum bezels on your wrist, this is not for you. Also, at 13.5mm deep and 47.7mm across, this is not one for smaller wrists. Mercifully, the T-Rex with its plastic chassis weighs a mere 58 grams, and coupled with the stretchy silicone strap, is comfortable to wear all day. Four buttons on the sides of the watch face allow for touchscreen-free navigation, and while they are a bit mushy to the touch, physical keys are a great alternative for when you’re wearing gloves or in the middle of an intense workout. 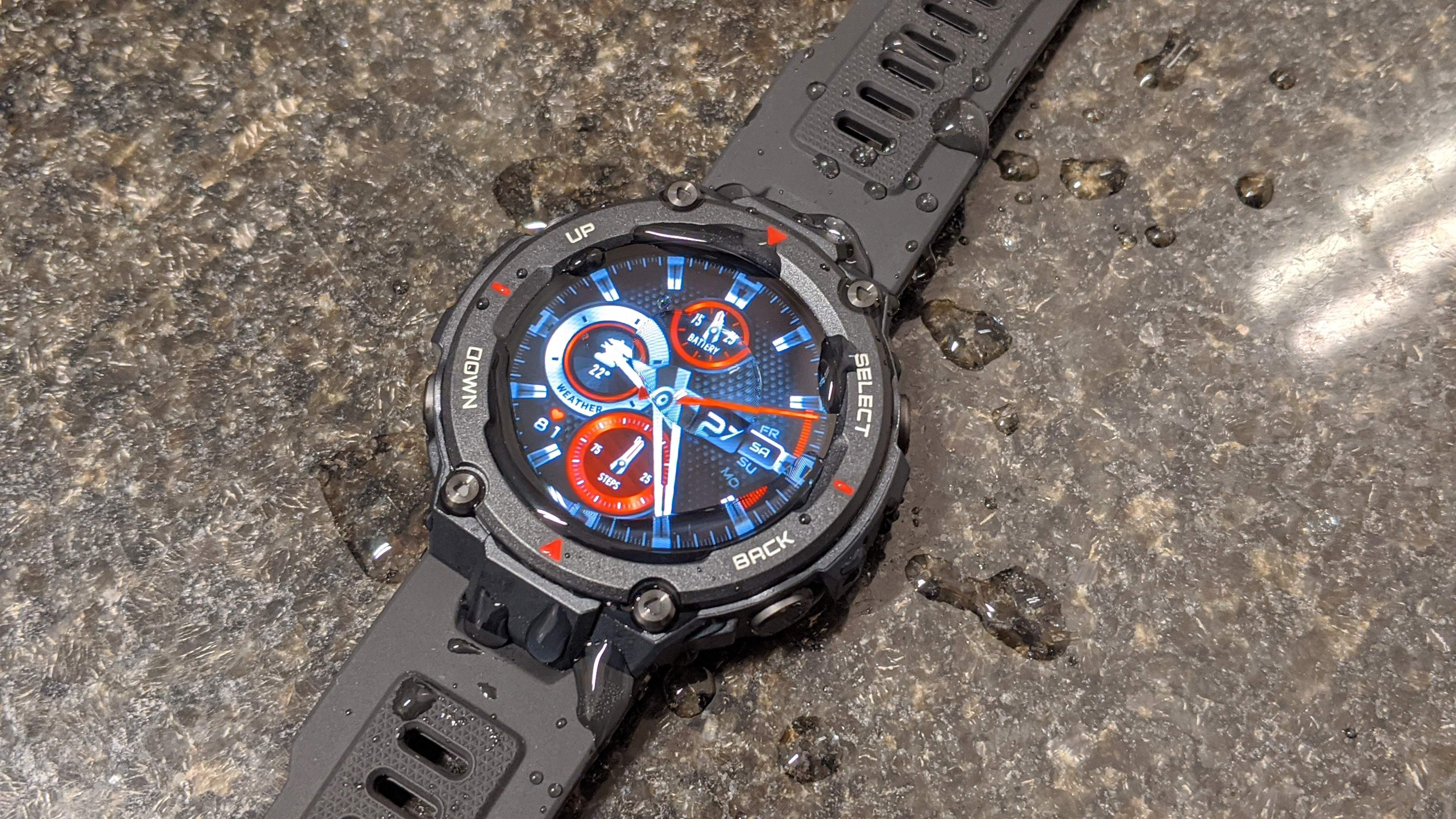 The big, mean look wouldn’t count for much if the T-Rex wasn’t up to facing the elements, and boy! does this deliver on that front. Huami says the watch has a “military-grade” MIL-STD-810G rating, with 12 certifications that include up to 70-degree/-40-degree heat/cold resistance, 50-meter water resistance, salt spray and humidity resistance, among others. I even dropped it from the first floor and the T-Rex just got up, dusted itself off and kept going. In a nutshell, this bad boy can take all sorts of licking and keep on ticking. Adorning the front of the T-Rex is a large 1.3-inch 360x360 pixel AMOLED display, covered with a layer of Gorilla Glass 3 and an anti-fingerprint (oleophobic) coating for added protection. The screen itself is bright and vibrant, and if you’re okay with the hit to battery life, there’s an always-mode to keep the screen on throughout the day. Speaking of, the big design affords the T-Rex a generous 390mAh battery that is rated for 20 days of use / 20 hours on GPS but will last past a week easily even on the kind of heavy use I put it through during my review. How heavy? Plenty of notifications, sleep tracking, evening-walk tracking and the usual poking-away-at-it-far-more-than-normal use, with the always on display on for the majority of the day. Frankly, not having to charge the smartwatch on a daily basis in itself is liberating. Now, Amazfit has delivered some impressively full-featured wearables in the past, and the T-Rex delivers a lot of the basics incredibly well. You get built-in GPS and GLONASS for accurate tracking, and the T-Rex automatically recognizes 14 workouts (including walking, hiking, ellipticals, treadmills, cycling, swimming and skiing) and starts tracking them. Both the watch and the companion Amazfit app should you details on step tracking, distance travelled, calories burned, sleep tracking, and resting/active heart rate via the optical heart rate sensor. There are mild inaccuracies when compared to a pricier Garmin (it counted 1983 steps to the 2000 steps I took), but it’s not off by much to bother anyone. In terms of pure smarts, you get the usual call and notification alerts with a paired Android or iOS phone. The interface is snappy and quite frankly a bit barebones, but there are a lot of customization options including a bunch of nice-looking watch faces in the companion app. You’re still getting incredible value for the package. 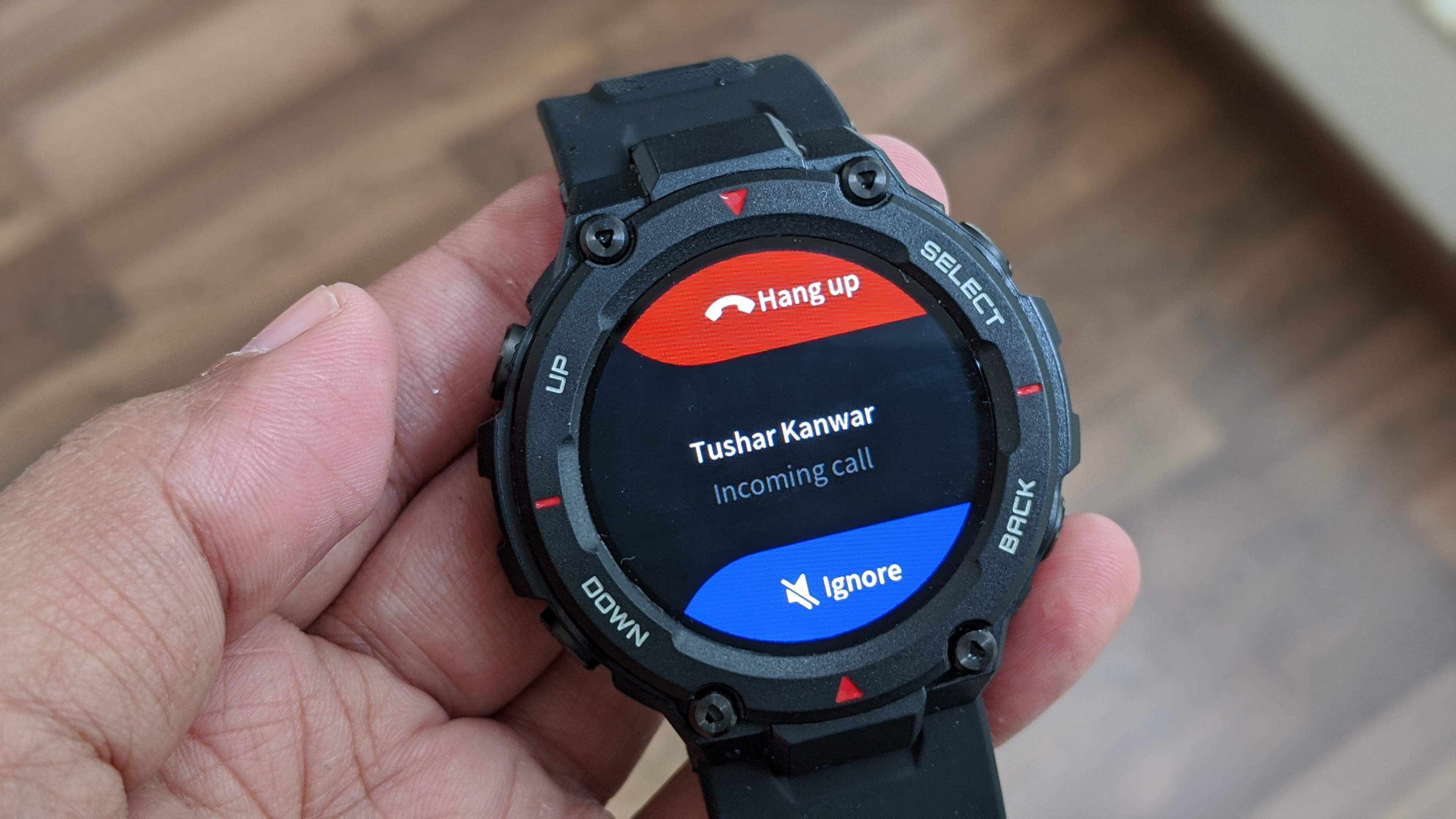 So, what gives? Well, there isn’t any third-party app support, since the T-Rex runs on Huami’s custom platform and not on Google’s Wear OS. What it does, it does well…but if you want to app support for your favourite apps, don’t even bother with this one. Also, while the build quality is rock solid, the fit and finish are about on par for its price segment, and the T-Rex has no illusions of grandeur of looking like a device thrice its price. If you’re looking for the kind of refinement pricier smartwatches like the Samsung Galaxy Watch Active 2 or the Apple Watch deliver, this is not the place.