Here's the complete list of Chinese apps banned by India

The Ministry of Electronics and Information Technology (MeitY) has issued a list of 59 Chinese apps that are now banned in the country.

"These measures have been undertaken since there is credible information that these apps are engaged in activities which are prejudicial to sovereignty and integrity of India, defence of India, the security of the state and public order," said a MeitY statement. 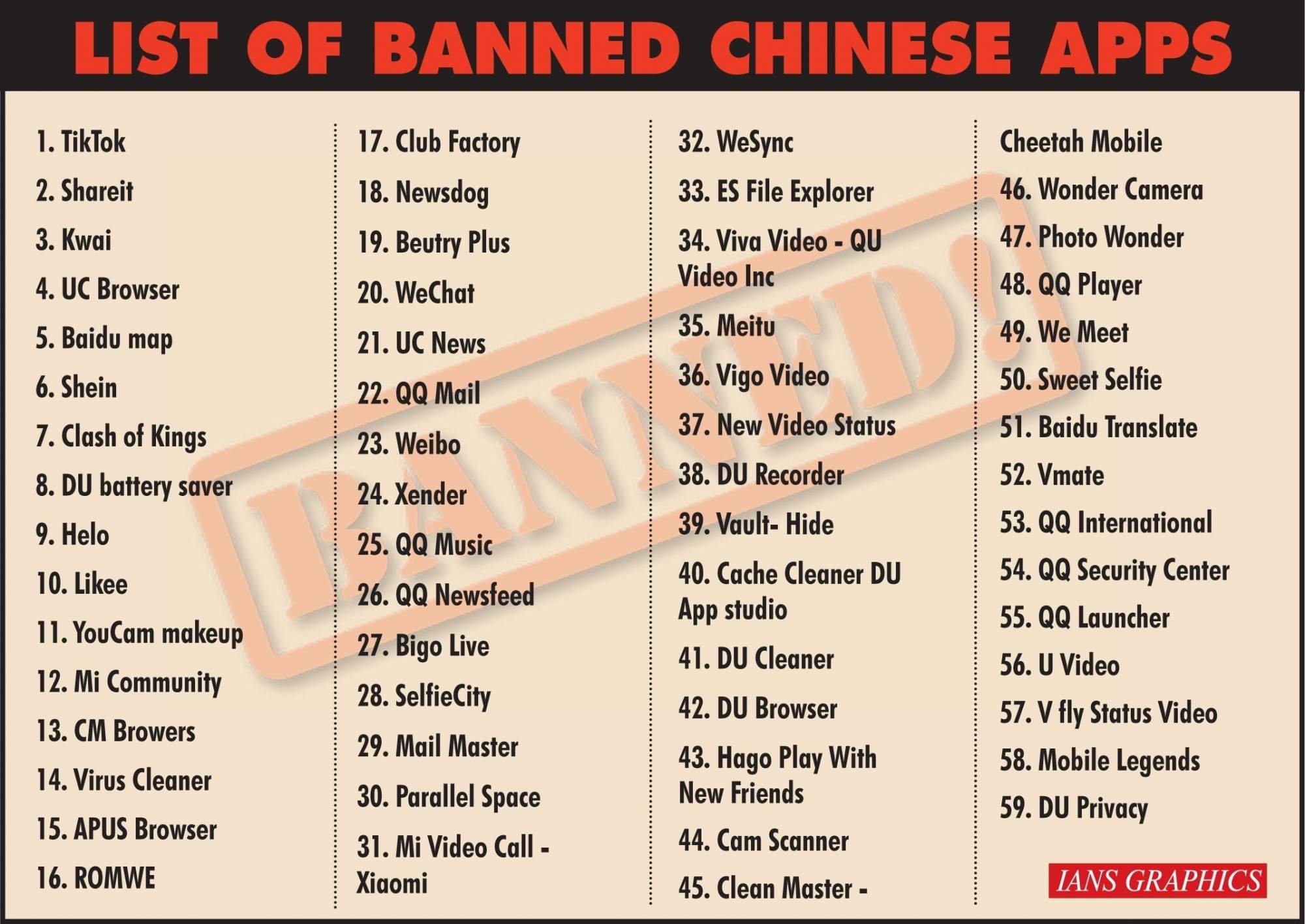 The ministry received complaints from various sources including several reports about the misuse of some mobile apps available on Android and iOS platforms for stealing and surreptitiously transmitting users' data in an unauthorised manner to servers which have locations outside India.

"The compilation of these data, its mining and profiling by elements hostile to national security and defence of India, which ultimately impinges upon the sovereignty and integrity of India, is a matter of very deep and immediate concern which requires emergency measures," the statement read.

The MeitY said the move will safeguard the interests of crores of Indian mobile users.

"There have been raging concerns on aspects relating to data security and safeguarding the privacy of 130 crore Indians. It has been noted recently that such concerns also pose a threat to sovereignty and security of our country," said the government.

The government needs to either block access to these apps or advise people to stop their use, according to the intel inputs, said the agencies.

The report comes amid growing chorus from Indian activists to boycott Chinese products due to the border tensions between the two countries in Ladakh.

The recommendations of the intelligence agencies have the backing of the National Security Council Secretariat which determined that certain China-linked applications could be detrimental to the country's security, said the report citing an unnamed government official.