It’s easy, almost lazily so, to call the Oppo Watch an Apple Watch clone. I mean, sure it does look a lot like the Apple Watch, heck even the name sounds like you’re saying Apple Watch with an accent! Once you get past the derivative and unapologetically inspired design (if you can, that is), the Oppo Watch has much to offer and even more crucially, Oppo has nailed the execution on this one. This may just be the best WearOS smartwatch to consider right now, minor misses and all. 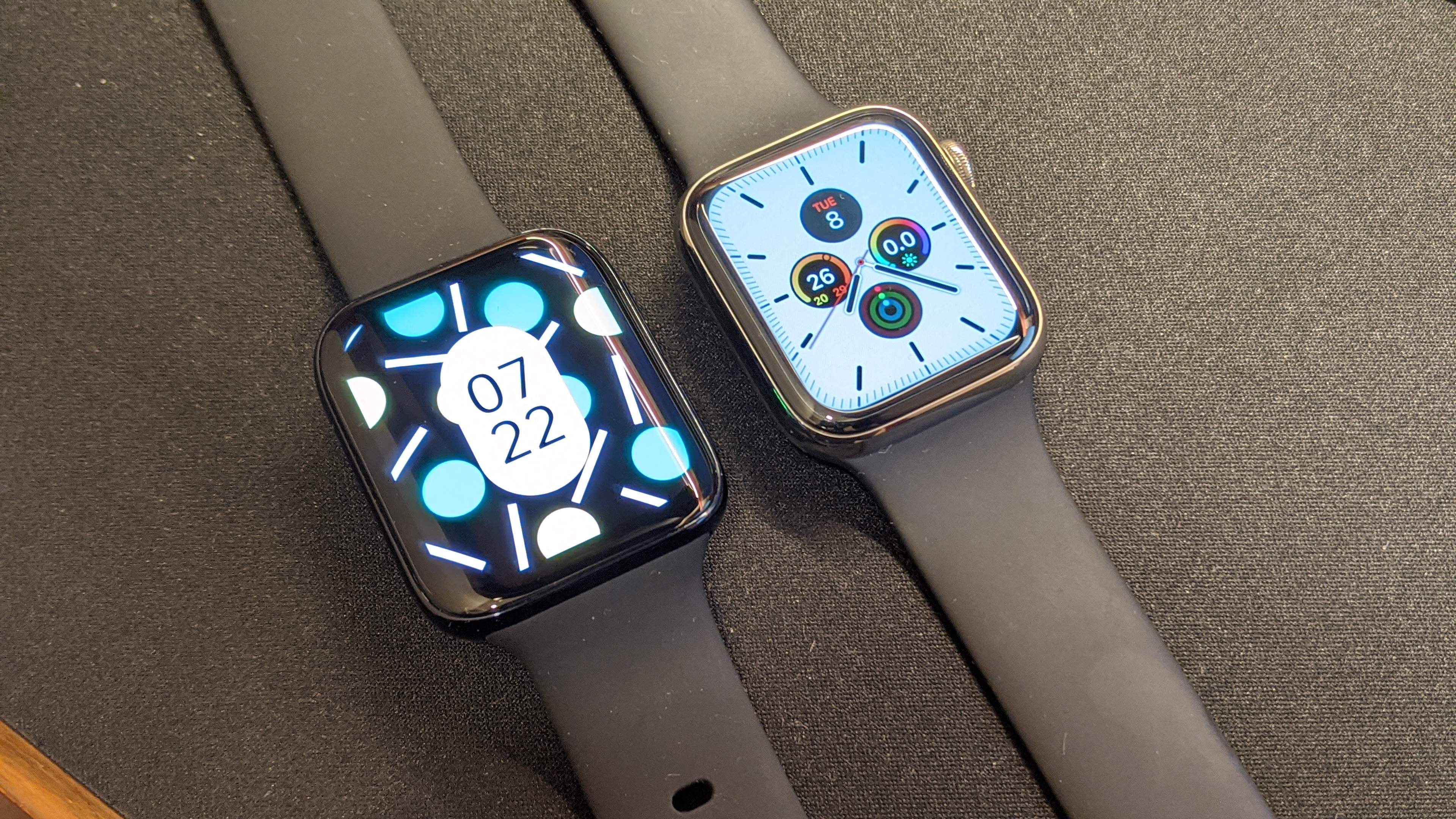 Wait a minute, there’s that elephant in the room again, something we just can’t seem to shake off. To the casual observer, the Oppo Watch looks every bit an Apple Watch, from the watch body to the straps and the characteristic squircle face. So much so, you may well ignore the more curved AMOLED display and the much larger 1.91-inch AMOLED (vs the 1.78-incher on the 44mm Apple Watch) display with more pixels. It may not sound like much, but the extra space and pixels afford the Oppo Watch two benefits – not only do you get more space for images and text and icons making them easier to read and interact with, but you also get to enjoy these bright, bold watch faces that look rather stylish on the wrist. The display is the real winner here, with a bright AMOLED panel with colors that pop and look visually stunning. In some ways, Oppo’s shown the Apple Watch-design the direction it can evolve towards. An important side note: this review is based on the 46mm version of the watch, which is the one to get if the size suits you, since this is the version with the ceramic rear, a larger display and a bigger battery. The Watch feels slick and well built on the wrist, with the sort of build quality that would be the pride of the best in the business. In a key departure on design, you get two buttons on the side, no spinning crown or bezel to navigate through the menus and apps, which forces a lot of finger-jabbing on the screen. Of course, this is a WearOS watch, which means regular user interface rules apply, and the core apps are familiar, if not always as polished as what you see from Apple. You get the usual set of Google apps, including apps for fitness and basic utilities. Under the hood, you don’t get the latest Snapdragon 4100 chip Qualcomm makes for wearables, but the Qualcomm’s Snapdragon Wear 3100 and the 1GB of memory do well to keep Wear OS running snappily. Fair trade for the price point at which the Oppo Watch has launched. 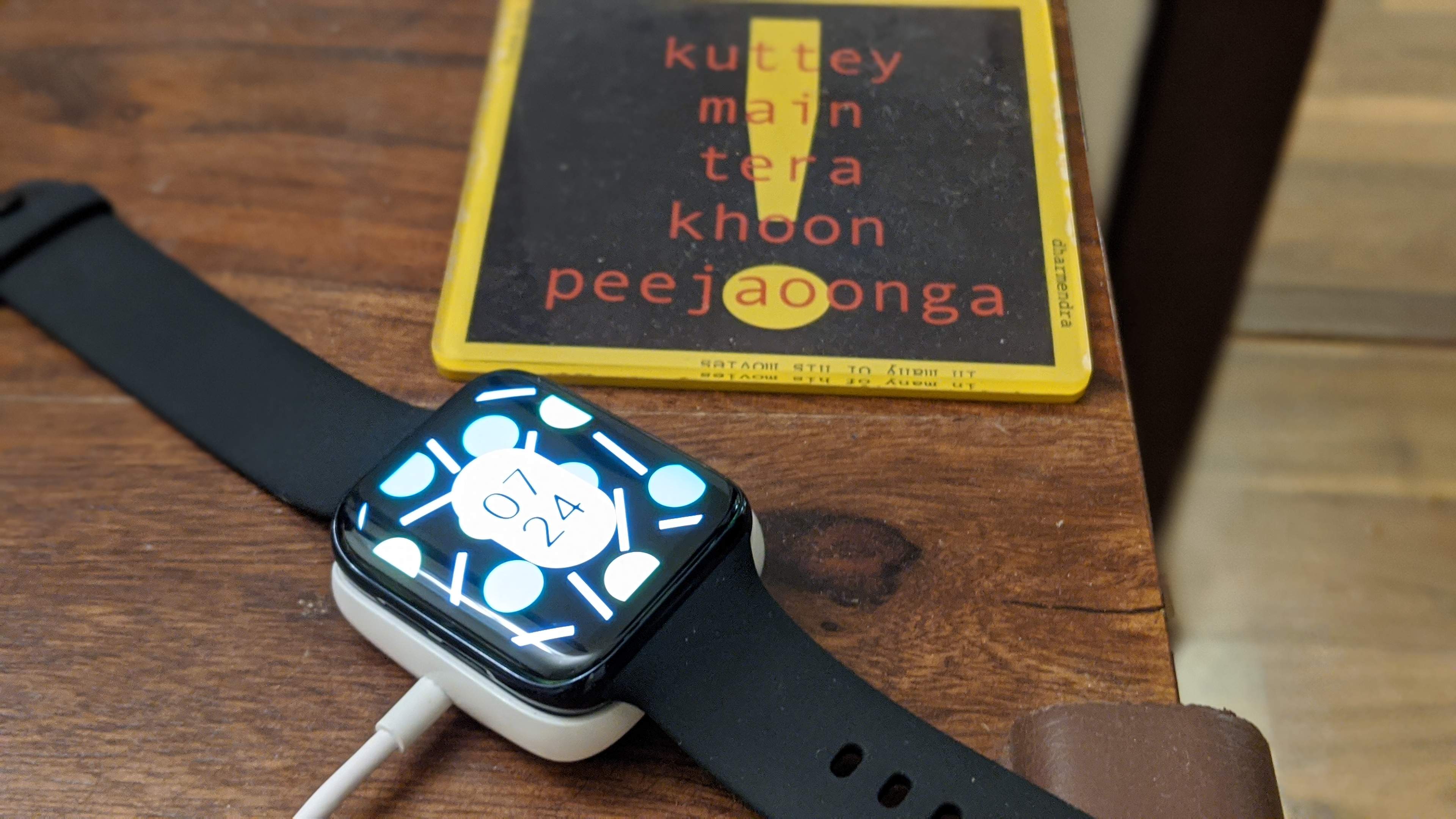 Battery life is excellent, with the large 430mAh battery lasting well past the whole day (and night), even with the always-on display enabled. Oppo’s proprietary VOOC charging support is a big plus for the Watch, letting you top up to nearly 50% in just 15 minutes…but that ties you down to the included cradle, no wireless charging. If you’re out and about for a couple of days without the charger, there’s a power-saving mode which lets you go nearly three weeks like a fitness tracker (heart rate, steps) with basic notification alerts. 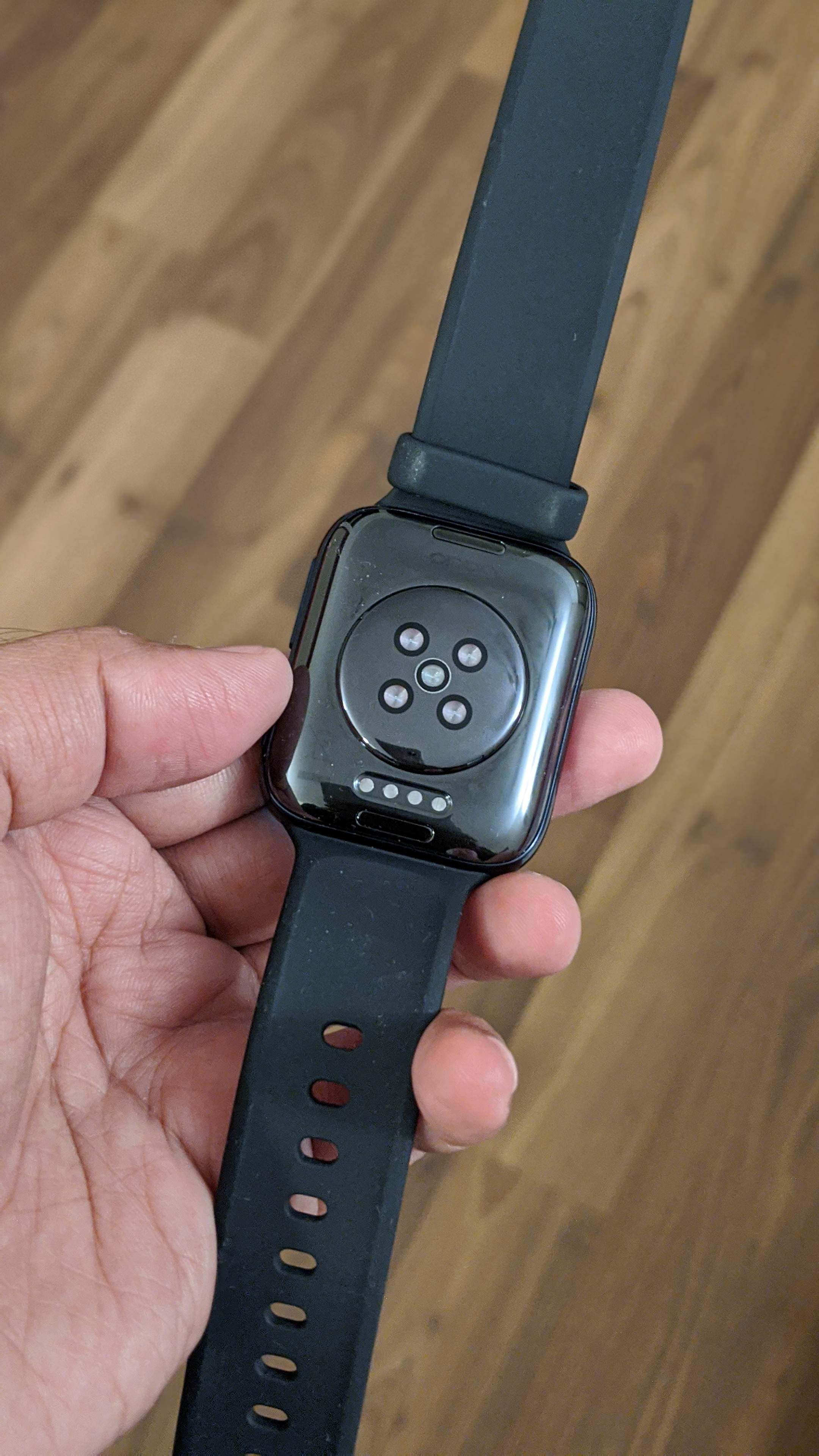 Speaking of fitness, the Oppo Watch is a functional, if not feature rich, fitness tracker. Courtesy Google Fit, the watch tracks walking/running, biking and a whole bunch of other workouts... including 5ATM water resistance for swimming. On my walks, GPS-based distance tracking was rather accurate, and the marginal differences between the heart rate measurements and step count with the Apple Watch and a Fitbit Charge 3 were too close to call. It’s some odd choices - sleep tracking, for example, which only tracks sleep from 8pm to 10am the next day, no mid-afternoon naps – or the lack of ECG capabilities whatsoever, which take the shine off the fitness tracking. But hey, there’s a speaker on the watch, which is great for taking phone calls mid-jog…or asking Google Assistant the odd query now and then. 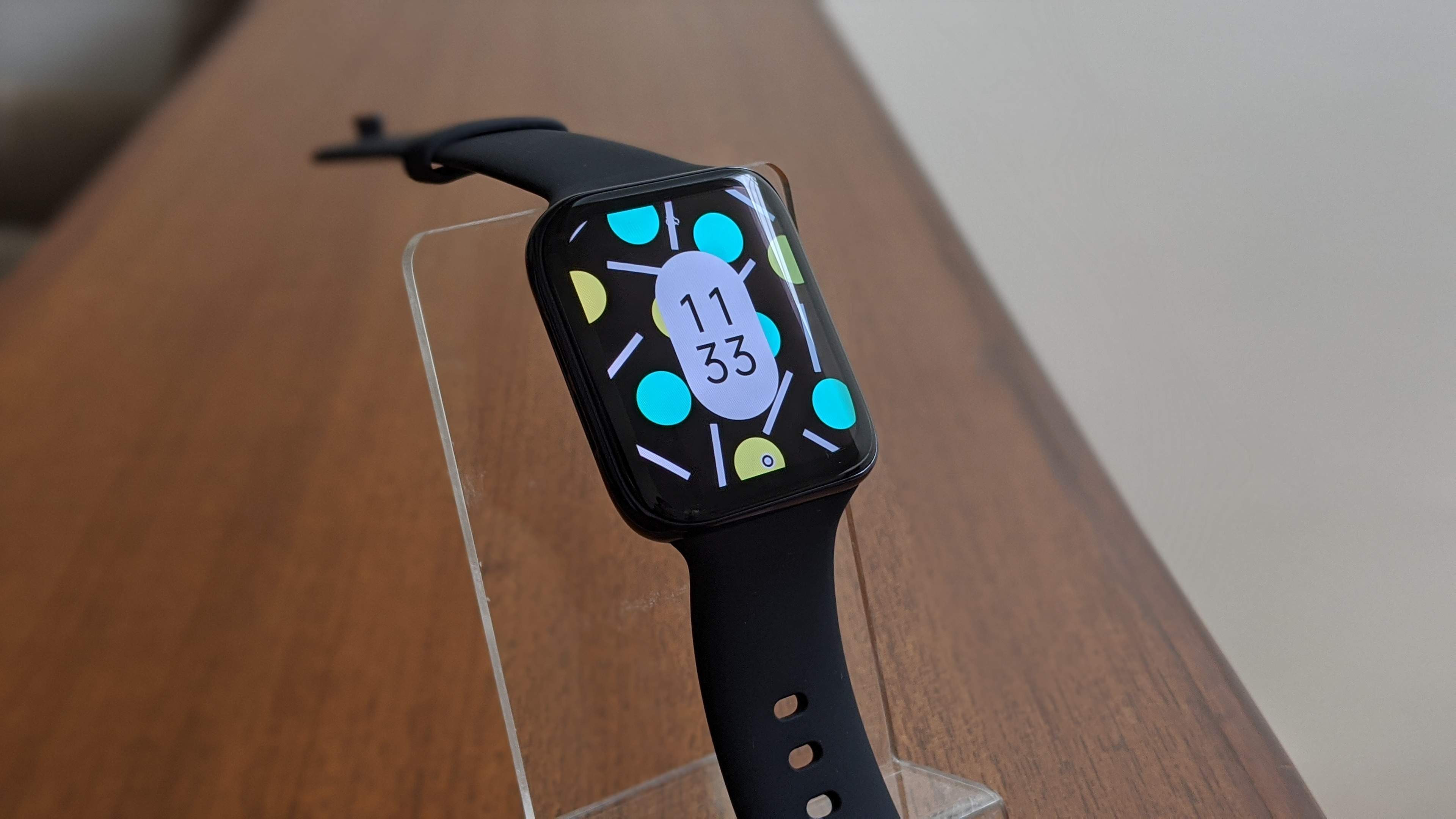 Overall, I stand impressed by the package that is the Oppo Watch, particularly for the price. You get most things almost right on the software front, and it absolutely nails the hardware for a Wear OS watch. If you’re the sort who likes their wrist wear to look pretty, need a capable set of fitness features, and aren’t put off by the inspired design, this is one to consider strongly. Oppo has deliberately avoided throwing in the kitchen sink into the smart watch, and it works in the Oppo Watch’s favor. If you’re not particularly inspired by Wear OS, you could look at the Fitbit Versa 2 (there’s a Versa 3 due to launch soon) or the much-hyped Fitbit Sense…or if you prefer to swing the Samsung way, a Galaxy Watch 3 which you’ll read about here soon.