In the battle between Chinese smartphone giants Xiaomi and Realme, the true winner has been…you, the budget segment buyer. Features like high refresh rate displays, fast charging and more megapixels than you could imagine have made their way down from the value flagships to this segment, and nowhere is that more evident than in Realme’s latest lineup – the Realme 7 and 7 Pro. How do the two fare, and more importantly, how well do they build on the success of the Realme 6 series launched just 6 months ago? What it is: It may be, in name and spirit, the rightful successor to the Realme 6 Pro, but unlike its sibling, the 7 Pro really packs it in in terms of big upgrades over its predecessor, key being the AMOLED display and super-snappy 65W charging. It does launch at a fair premium over the previous generation, which lands it in direct competition to the Redmi Note 9 Pro Max and K20 series, and to some extent, the Samsung Galaxy M51 I’m reviewing.

Pros: Realme does a good job differentiating its releases with fresh rear panel designs, and the dual-tone matte-finish on the polycarbonate back looks and feels high quality. It’s rather slim and light, making it comfortable to hold and use. With the display, it’s almost a case of two steps forward, one step back. You get a 6.4-inch Super AMOLED panel with a full-HD+ resolution, which not only gives the 7 Pro the inherent benefits of the in-display fingerprint scanner, but also brighter, richer colors than those on the LCD panel on the 6 Pro. In the same breath, you lose the 90Hz high refresh rate that is present on the 7 (and previously, on the 6 Pro). Unless you’re specs focused, this shouldn’t be as much of a deal breaker as it sounds, since the stereo speakers and the display contribute to an excellent multimedia and gaming experience. Day to day performance on the Snapdragon 720G chip, the same chip that powered the 6 Pro, is still pretty good, and the phone runs Realme UI, switches between apps and loads heavy games without breaking much of a sweat.

Both the 7 and the 7 Pro share the same set of cameras, with a 64MP Sony IMX682 main camera, an 8MP ultra-wide angle, a 2MP depth sensor and a 2MP macro, with a single 32MP selfie camera. The results are among the best in the segment, in daylight and even in low-light mode where the dedicated night mode kicks in to get additional detail without upping the noise levels. Considering the much-improved shooters from Xiaomi and Poco, the 7 Pro holds its own rather well. Downside? None of the added ultra-wide-angle selfie cameras or the rear telephoto we’d seen on the 6 Pro, both of which are way more useful than the macro/depth sensors that are added in most quad-camera setups.

Now, while the Realme 7 Pro doesn’t have the biggest battery around in the segment (far from it!), it uses the same blazing-fast 65W SuperDart Charge charging tech that you see in the flagship Realme X50 Pro. For a phone that retails at Rs. 19,999, that is certainly a trump card, and you get from 0 to 100 in a little under 40 minutes, with a sub-15-minute charge giving you 50% charge. As I’ve maintained about fast charging tech, this fundamentally changes the way you use and charge your phone…as long as you have the bundled charger always handy! 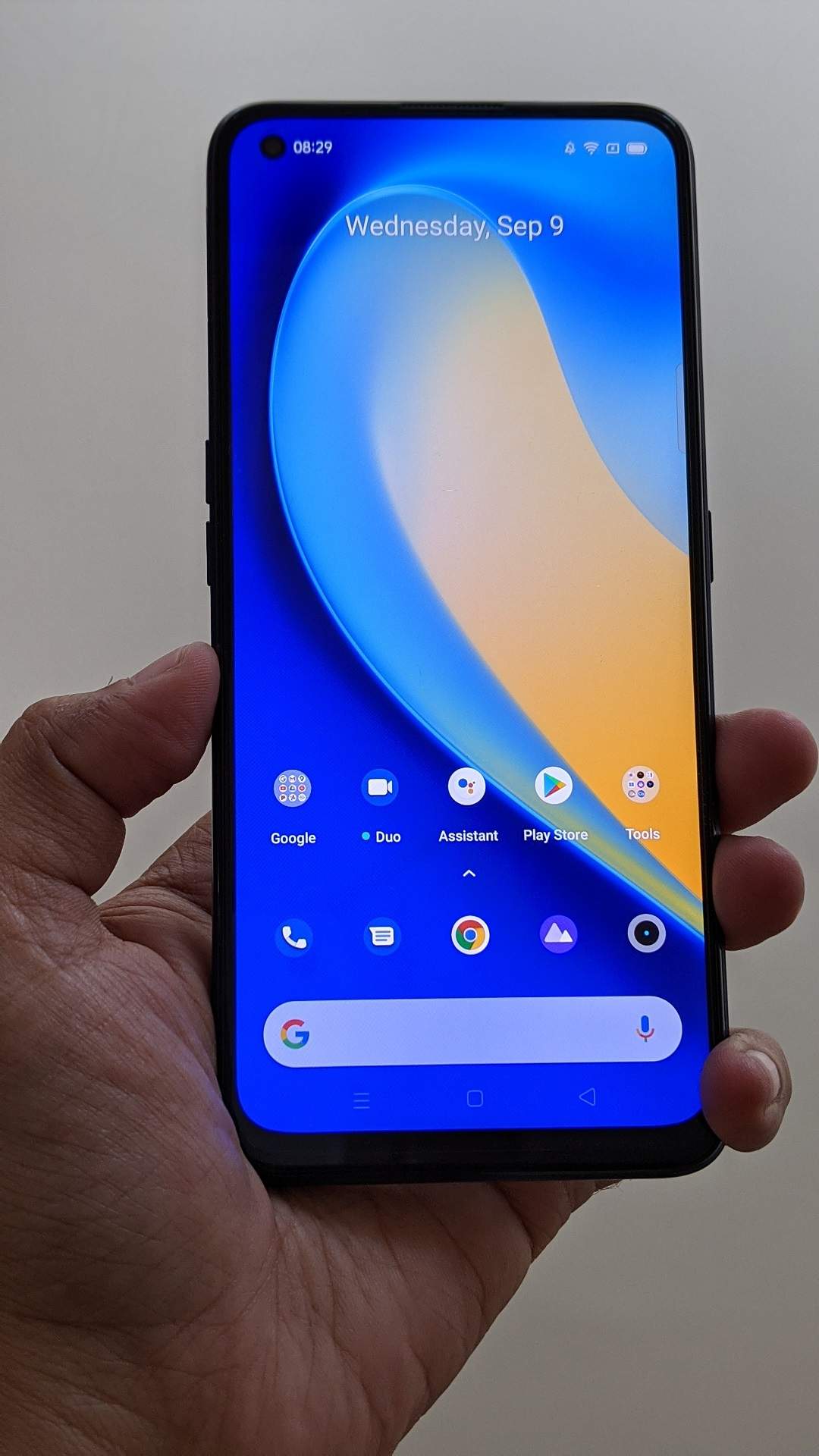 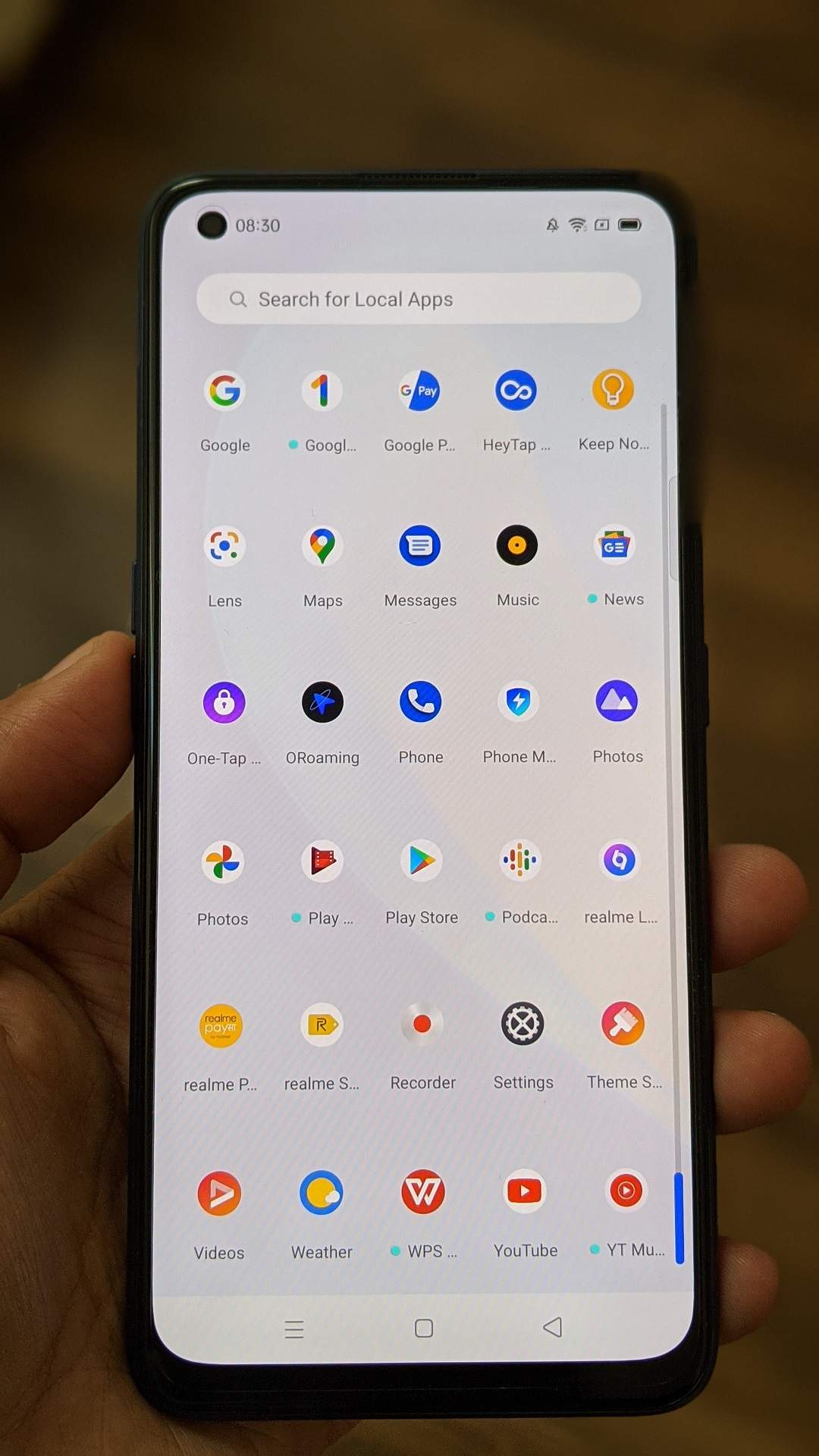 Cons: It’s the pricing that gives me, and likely many consumers, pause. The base variant of the 7 Pro, with 6GB of RAM and 128GB of storage, is priced at Rs. 19,999, while the 8GB/128GB sets you back by Rs. 21,999. Could you make the argument that the same components can’t be found on competing phones for less? Sure…individually. Unless you’re hung up on the missing high refresh rate, as a complete package, particularly with that class-leading charging solution, the 7 Pro makes a good case for itself. 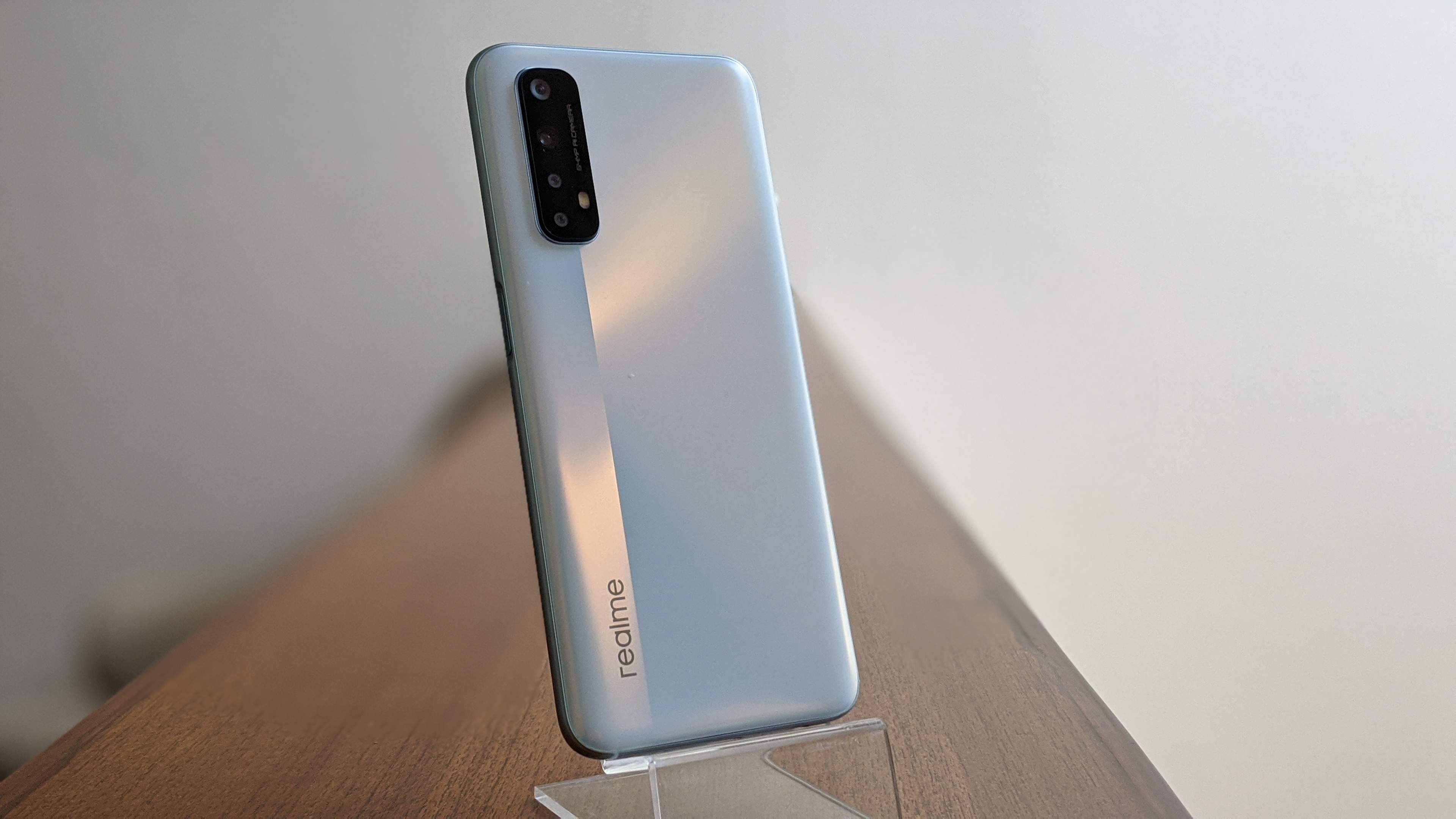 What it is: With the 7, Realme’s not fixing what isn’t broken, and has done just the right number of upgrades to the Realme 6 to deliver a compelling new 2020 smartphone in the sub-15,000 segment. You get a new chip under the hood, a bigger battery and a much-improved primary camera. Your move next, Xiaomi.

Pros: Featuring the same dual-tone design as the 7 Pro, the Realme 7 immediately feels heavier in the hand courtesy the large 5,000mAh battery inside, though it retains the sturdiness and fit and finish seen on the 7 Pro. The display is a 6.5-inch full-HD+ LCD panel with a 90 Hz refresh rate, which gets very bright and offers punchy colors that are bested only by the likes of the 7 Pro’s AMOLED panel.

Under the hood, you get the incremental updates by way of a newer MediaTek Helio G95 chip, but the difference in performance over the Realme 6 is marginal, and that too only while gaming. A base variant with 6GB/64GB retails at Rs. 14,999 and a higher spec 8/128GB costs another two thousand, and on either variant, performance is satisfactory, leaving no real room for complaint. Realme UI works smoothly, apps load quickly, games run without temperatures rising too much and things generally zip along on that 90Hz display. The side mounted fingerprint scanner is snappy too. And while it only offers 30W charging with the bundled charger, which seems slow compared to its Pro sibling but is plenty fast on its own right, the 5,000mAh battery lasts a day and a half easily on one charge and tops up in about 70 minutes.

Finally, the camera, which sees similar performance as the 7 Pro, albeit in a slightly different layout on the rear panel, with the big benefits from that Sony IMX682 primary sensor delivering the bulk of the improvements. The selfie camera isn’t the 32MP upgrade we saw on the 7 Pro, and you get the same 16MP sensor as was present on the Realme 6. 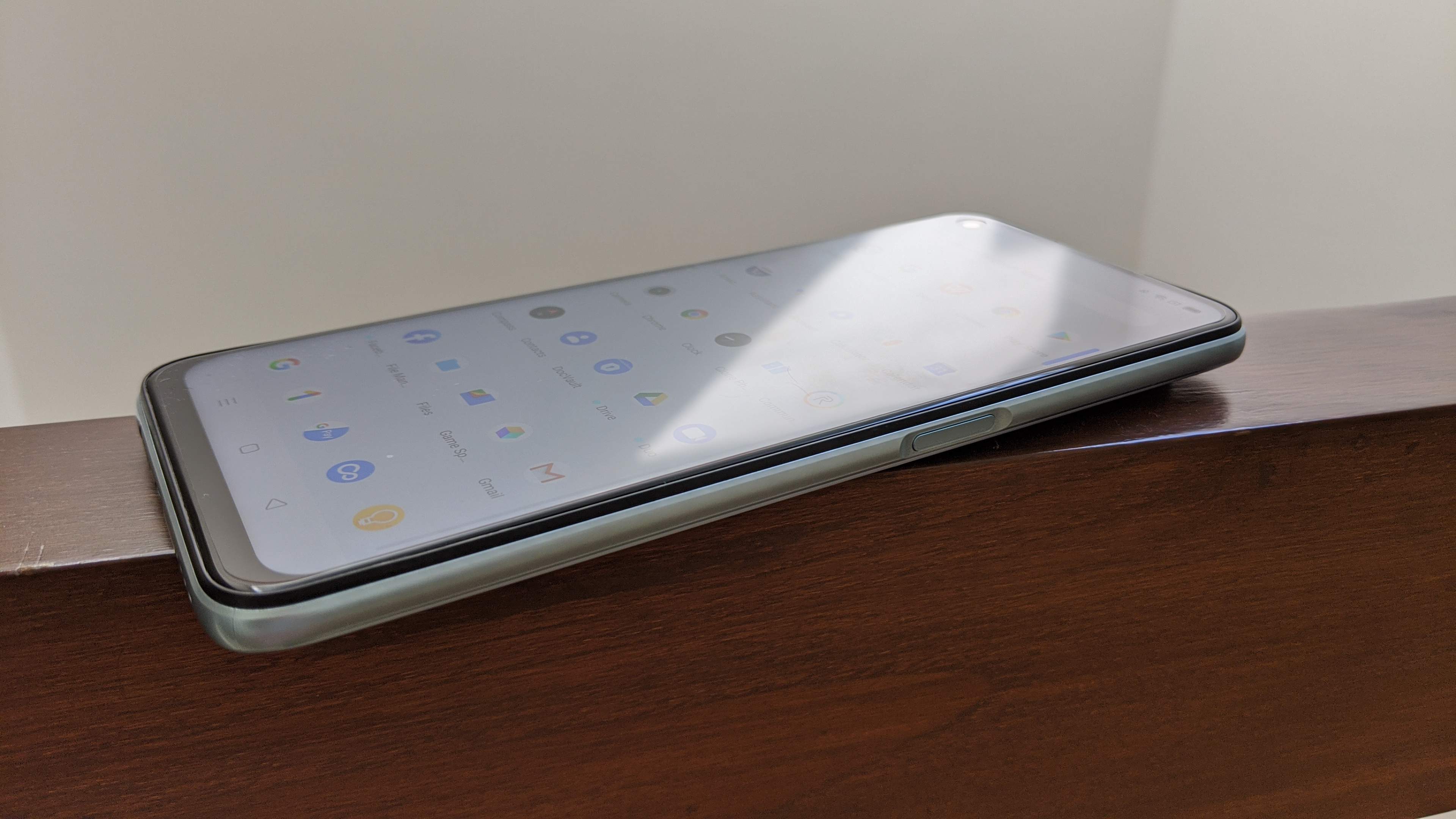 Cons: The phone gets a little bulky in the hand. Like the 7 Pro, there’s a fair amount of bloatware pre-installed on the device.