I took a flight the other day after a gap of thirteen months, which gave me the opportunity to finally road-test Apple’s AirPods Max headphones - active noise cancellation, fit-for-travel, the works - after months of using them closeted inside the home in faux-noisy environments. These are not ordinary AirPods – these are over-the-ear headphones from Apple with a Max in the name, and a price to match. Do they live up to the hype, and who are these 59,900-rupee cans meant for? 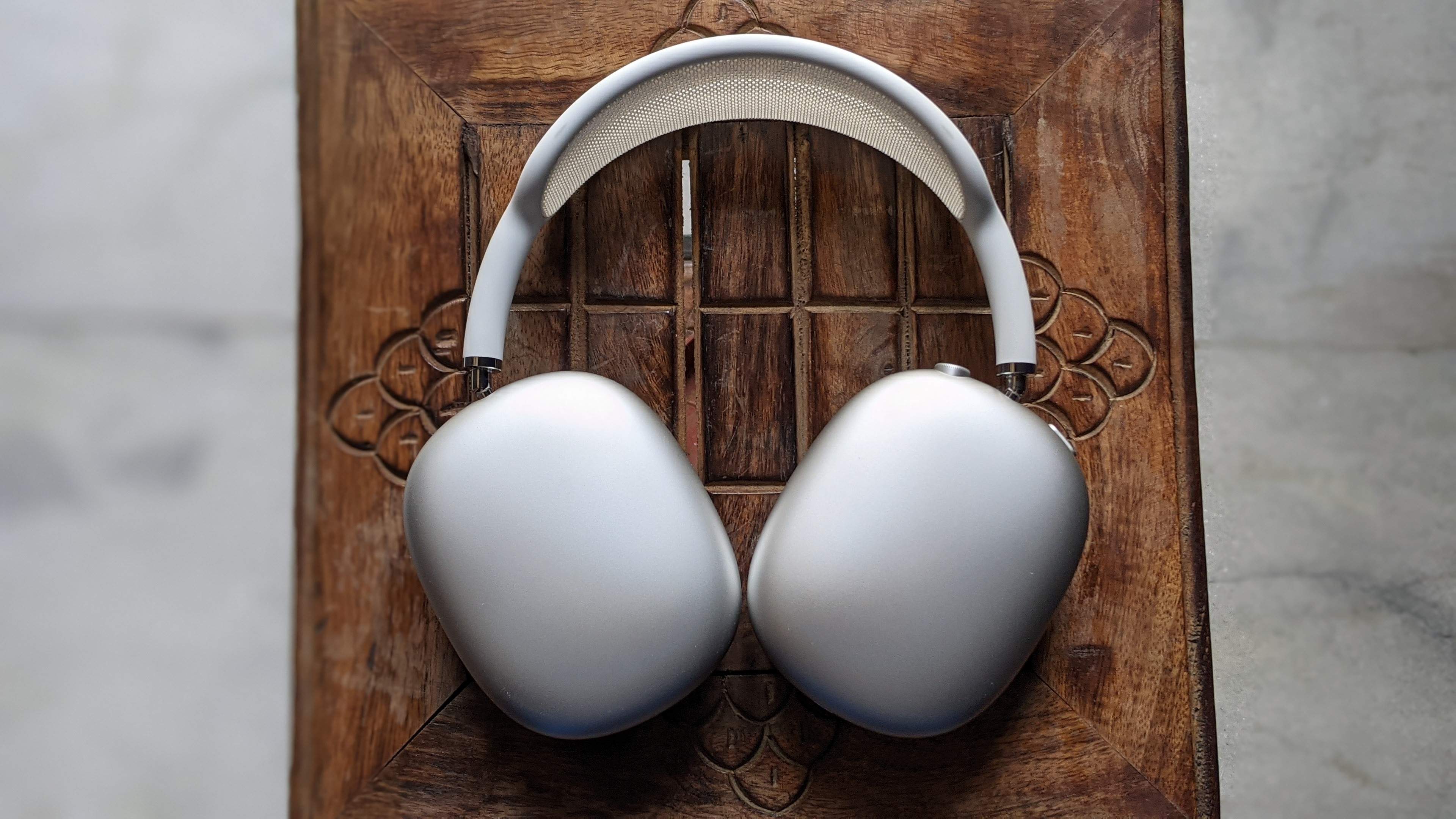 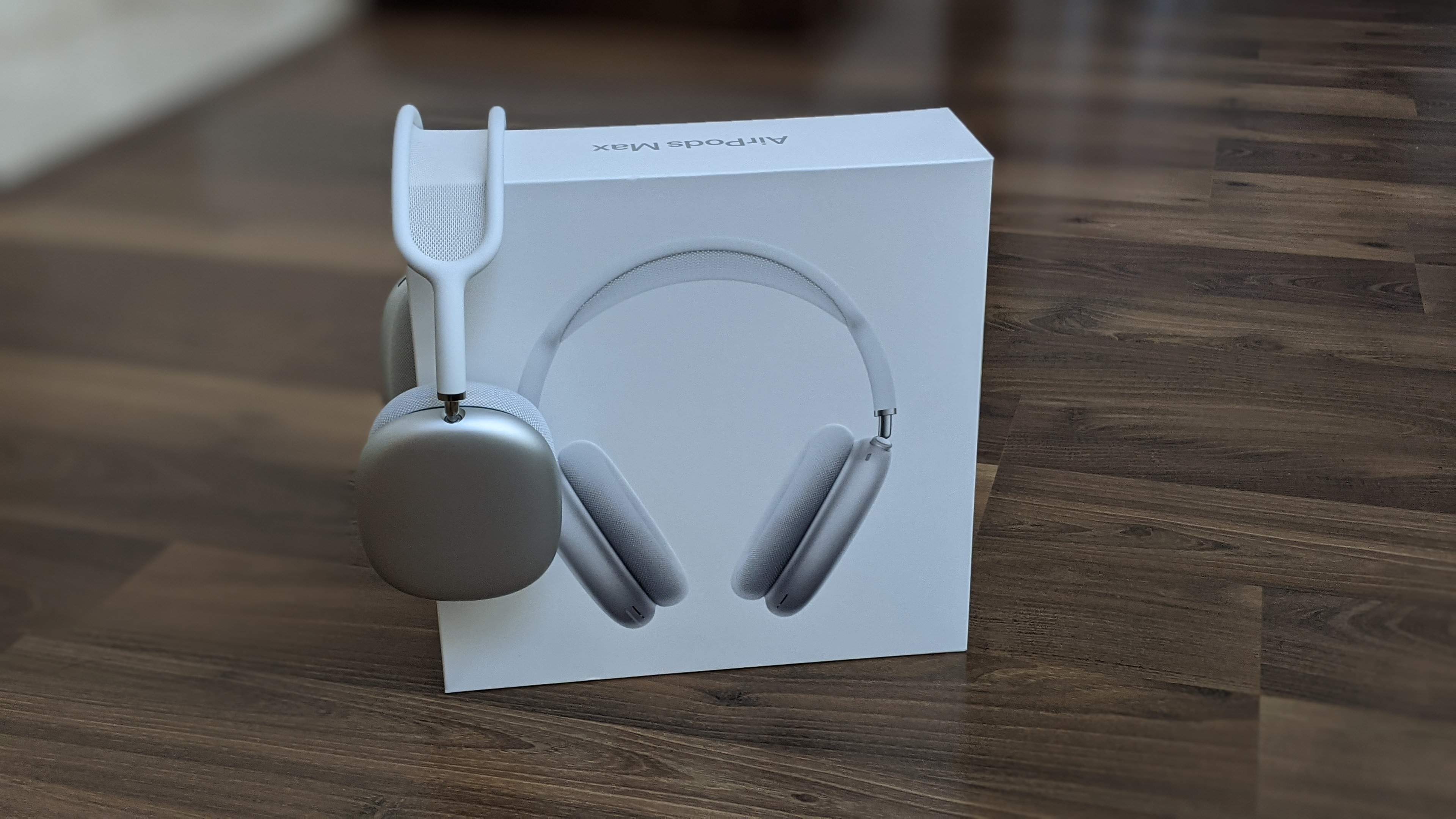 If you’re still trying to stomach the sticker shock, the AirPods Max make a seriously compelling case for themselves straight out of the box. Pull them out of their Smart Case (trust me, we’ll get to that bit later), and you immediately notice how well-made and premium the Max feels. It’s busting at the seams with premium materials, right from the milled aluminum ear cups and the stainless-steel headband covered in the same rubberized polyurethane you see on the case to the knit-mesh headband that mimics the memory-foam earcups. It has a luxury vibe going for it, as if Herman Miller collaborated with a luxury fashion brand to create a wireless headphone. And yes, it goes without saying, of course the headphones feel way more premium and luxurious than the Bose and Sony models you’ll find folks comparing them with since launch. 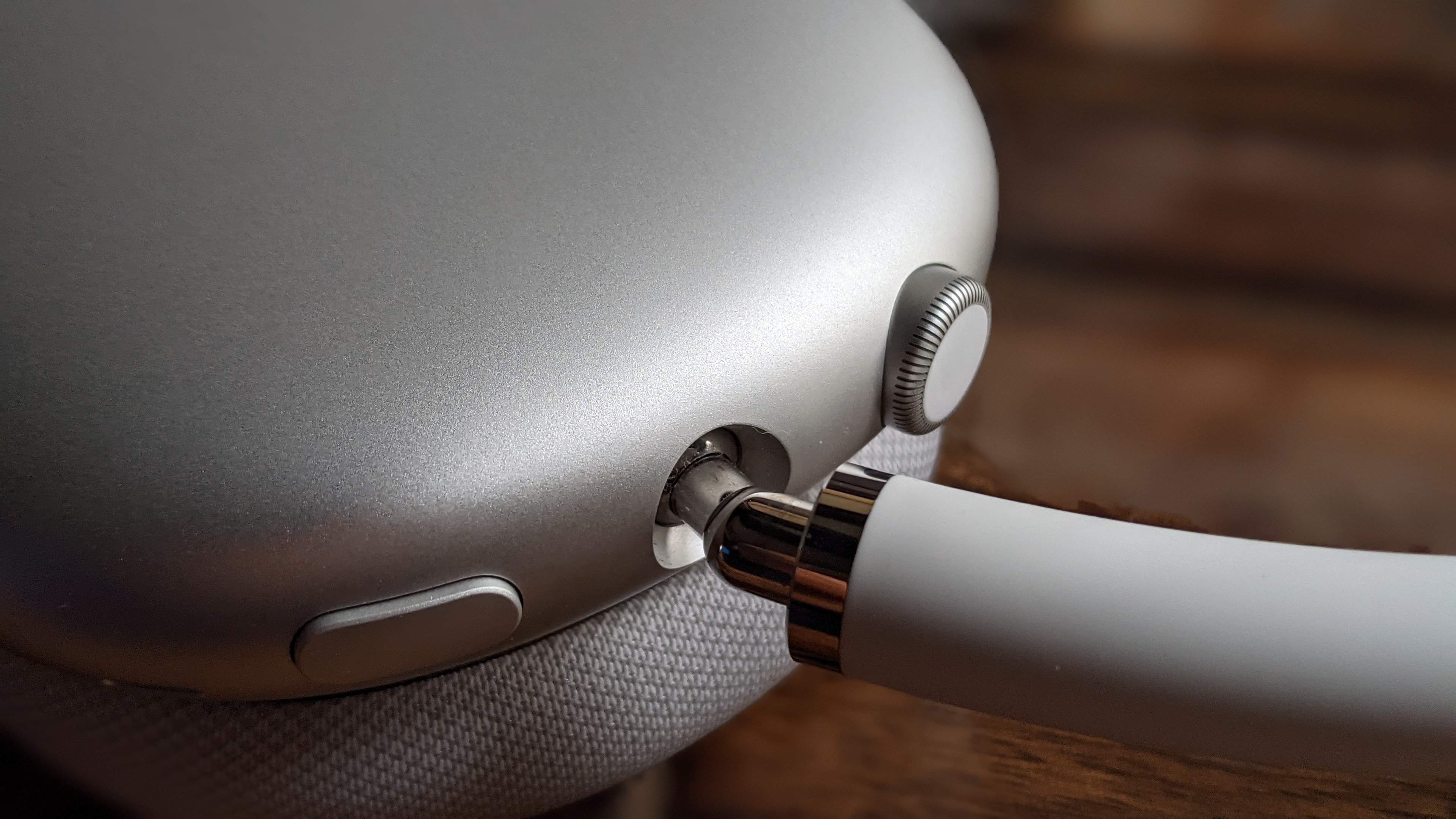 One design aspect I particularly loved was the volume control, which Apple Watch owners will instantly recognize as an upsized digital crown. Press it to play/pause, twist it to control volume, and there’s a smaller second button to turn noise cancellation on/off – no fidgety touch controls on the earcups, no learning curve. Setup is near-instantaneous – pop open the case, put them next to an iOS device and everything syncs up via your linked Apple account, allowing you to use them on any iPhone, iPad or Mac you may own. 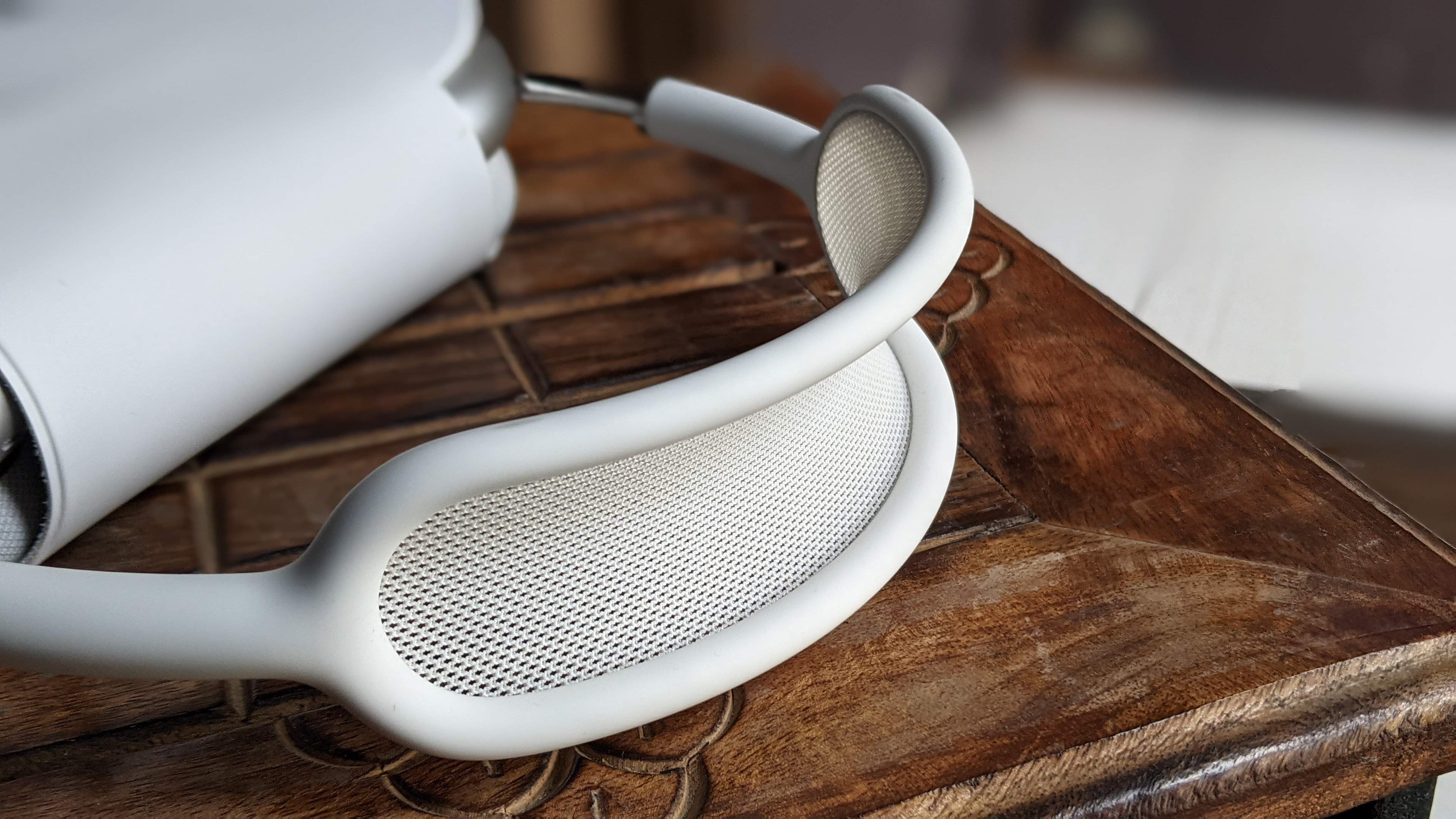 Now, the choice of metals over plastic means that the headphones weigh a fair bit (385g) and while I could always feel the weight on head, the springy mesh headband and the soft fabric ear padding made the AirPods Max quite comfortable over long listening sessions. Slip them on and the sensors detect this and wake automatically out of standby mode and connect to your closest paired Apple device. Like on the AirPods Pro, the H1 chip inside each cup connects instantly with whatever device I was using, and gets it right for the most part, though there were times manual switching was needed. The obligatory Bluetooth connectivity to Android smartphones is present, but it’s nowhere close to the seamless connectivity that you enjoy with Apple devices. There’s support only for the SBC and AAC codecs, not the newer high-quality LDAC and aptX HD codecs. Now, this may not matter to a lot of Apple users (iOS devices support only AAC) but objectively speaking, it’s not checking every connectivity box. And if you want to go wired for airplane or non-Bluetooth use, you’ll need to put down an additional Rs. 3,500 for a Lightning-to-3.5mm cable – this really should have been included in the box. 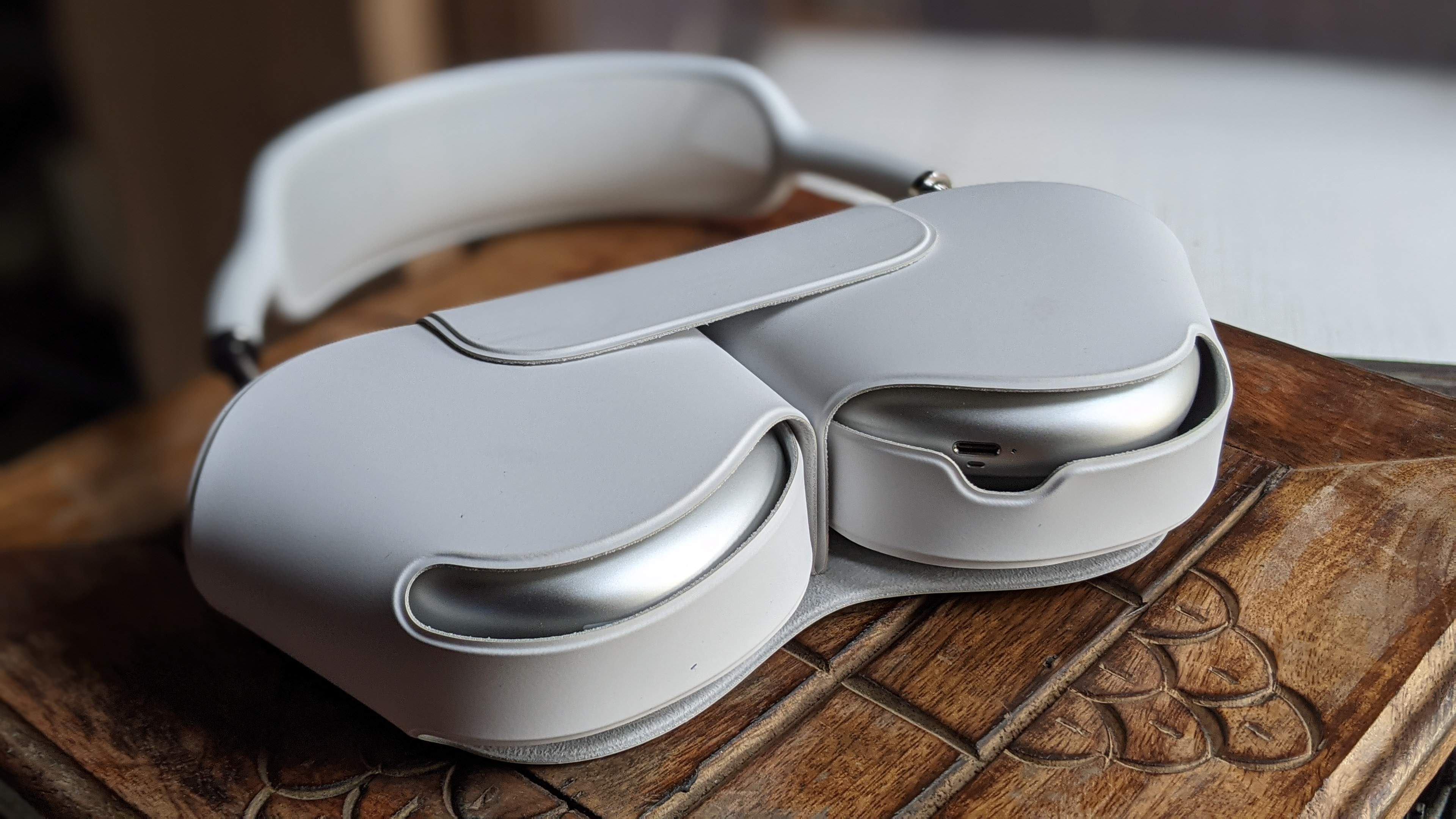 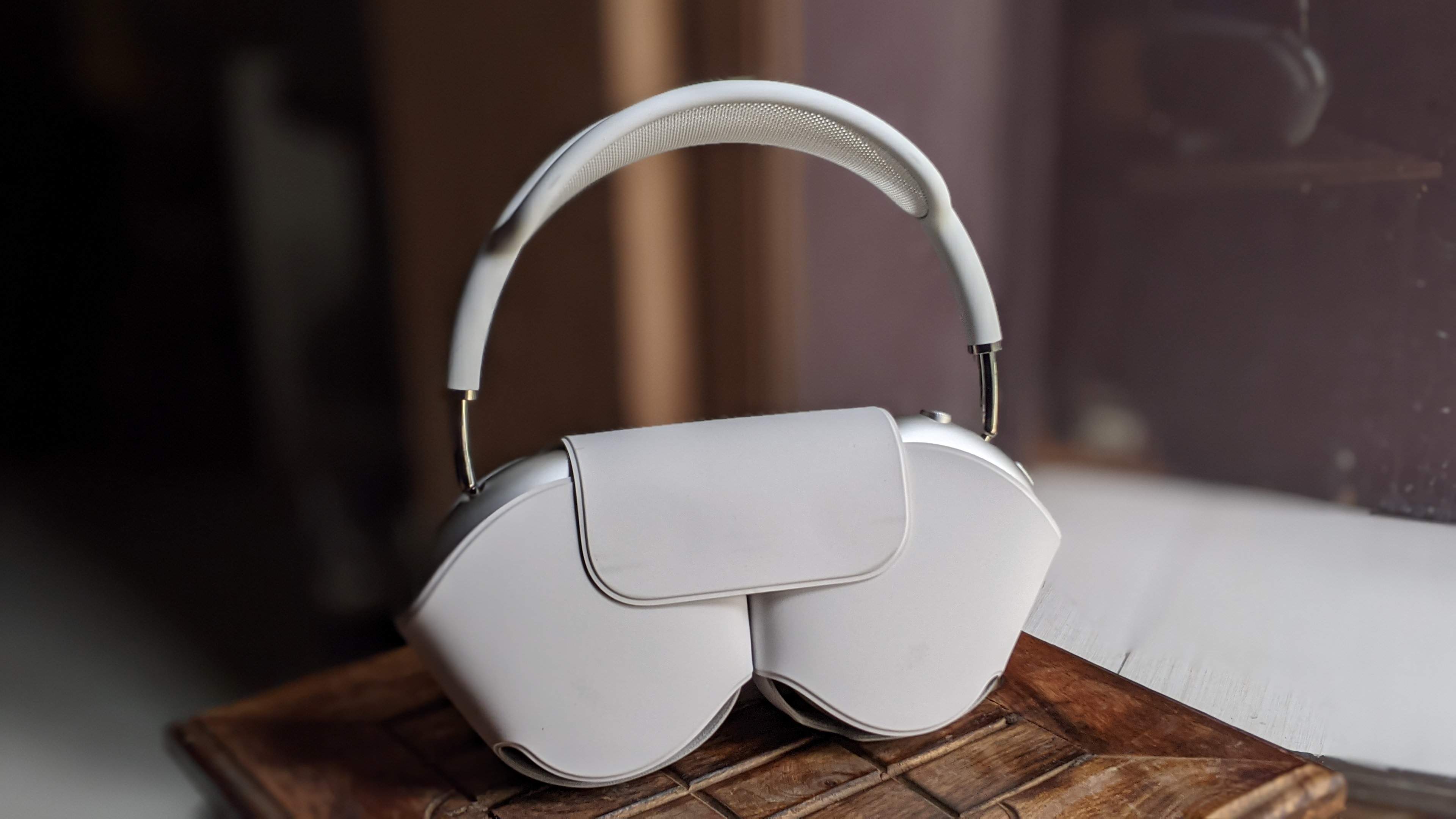 About that case, though. For as well designed as the AirPods Max is, the case looks like something that draws inspiration from a lingerie catalog…and while opinions on looks can be subjective, that’s not my biggest complaint about the Smart Case. The flaps and the design offer no protection for the headband, and significantly expose the earcups to damage in case of a fall. Odder still is that the case is the only way to get the AirPods Max to their lowest power mode. Note that I said lowest power mode, not off – you can’t actually turn the AirPods Max off, only slip it into the case to conserve battery as it slowly and continuously trickle-discharges. While this allows for fast device pairing, it’s a pretty basic requirement to want to turn a pair of headphones off completely, say if you’re not using them for a couple of days. In any case, you get about 15-17 hours of use with ANC on and the volume at around 50 percent, which is rather average in the wireless headphone space. Add to it some amount of passive drain even when it’s not in use, and you’re looking at charging them every 3-4 days with regular use. 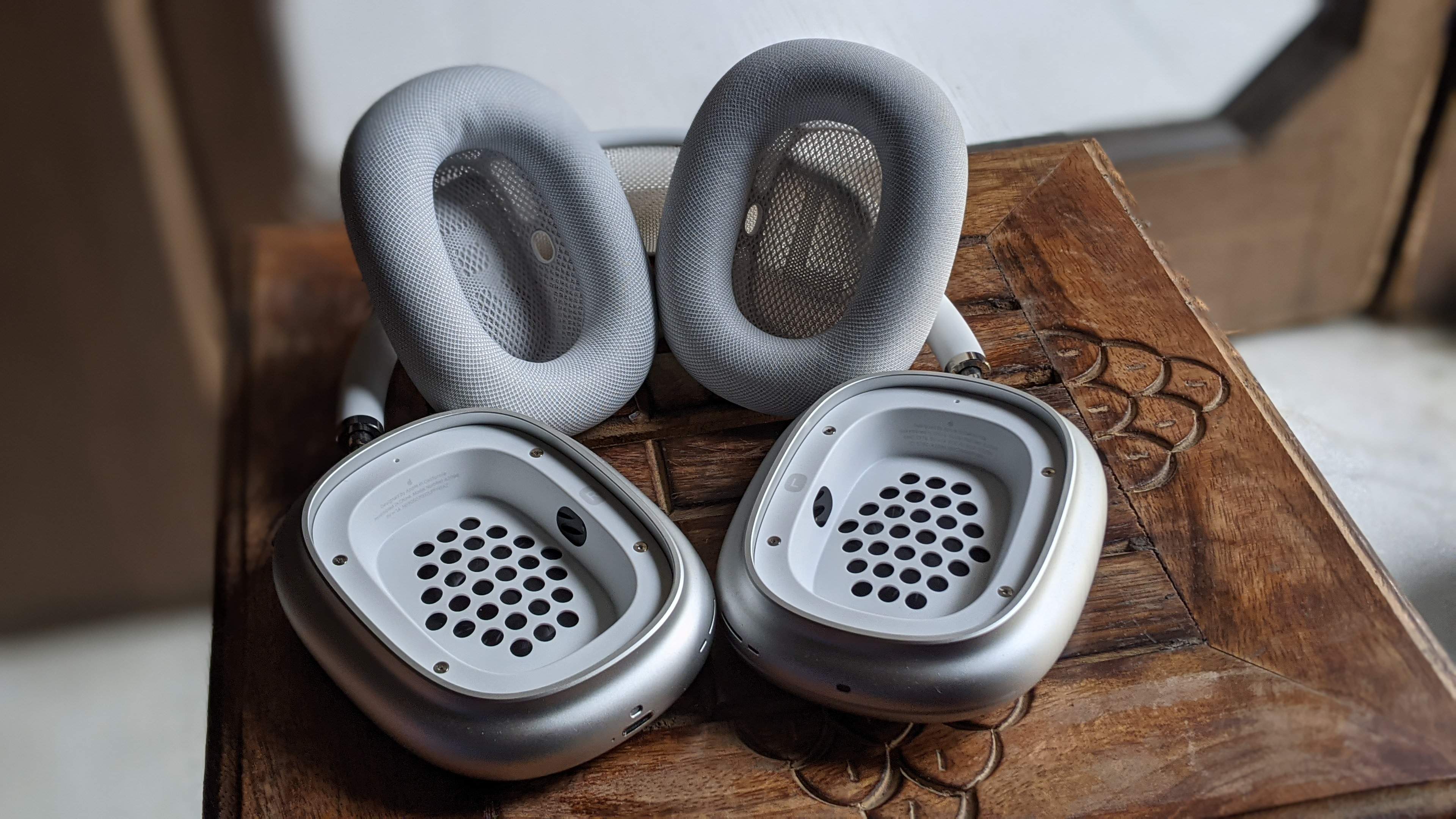 All my quibbles, including the rather large one around the case, disappeared when I started listening to the headphones. Let’s start with the noise cancellation that I tested on the recent flight. I’m a frequent user of the AirPods Pro, so I wasn’t completely surprised that Apple’s nailed the noise cancellation tech on the Max, but to have such good results on something that isn’t tightly packed into my ear was a revelation of sorts. The headphones pack in a total of nine microphones, eight of which work in tandem to keep out errant noise while the remaining microphone is used for calls or summoning Siri. Throw the switch, and the constant roar of the aircraft engines, the hum of the air conditioner in the rapidly advancing North Indian summer, the distant sounds of traffic, all get drowned out with a blanket of silence. Press a button and transparency mode is activated, allowing a decent amount of ambient noise into the soundscape without sounding unnatural. If anything, the only issue with the noise cancellation is that it’s all or nothing. There’s no tweaking how much ANC you need, no middle ground – unlike the more granular controls on the Sony and the Bose. 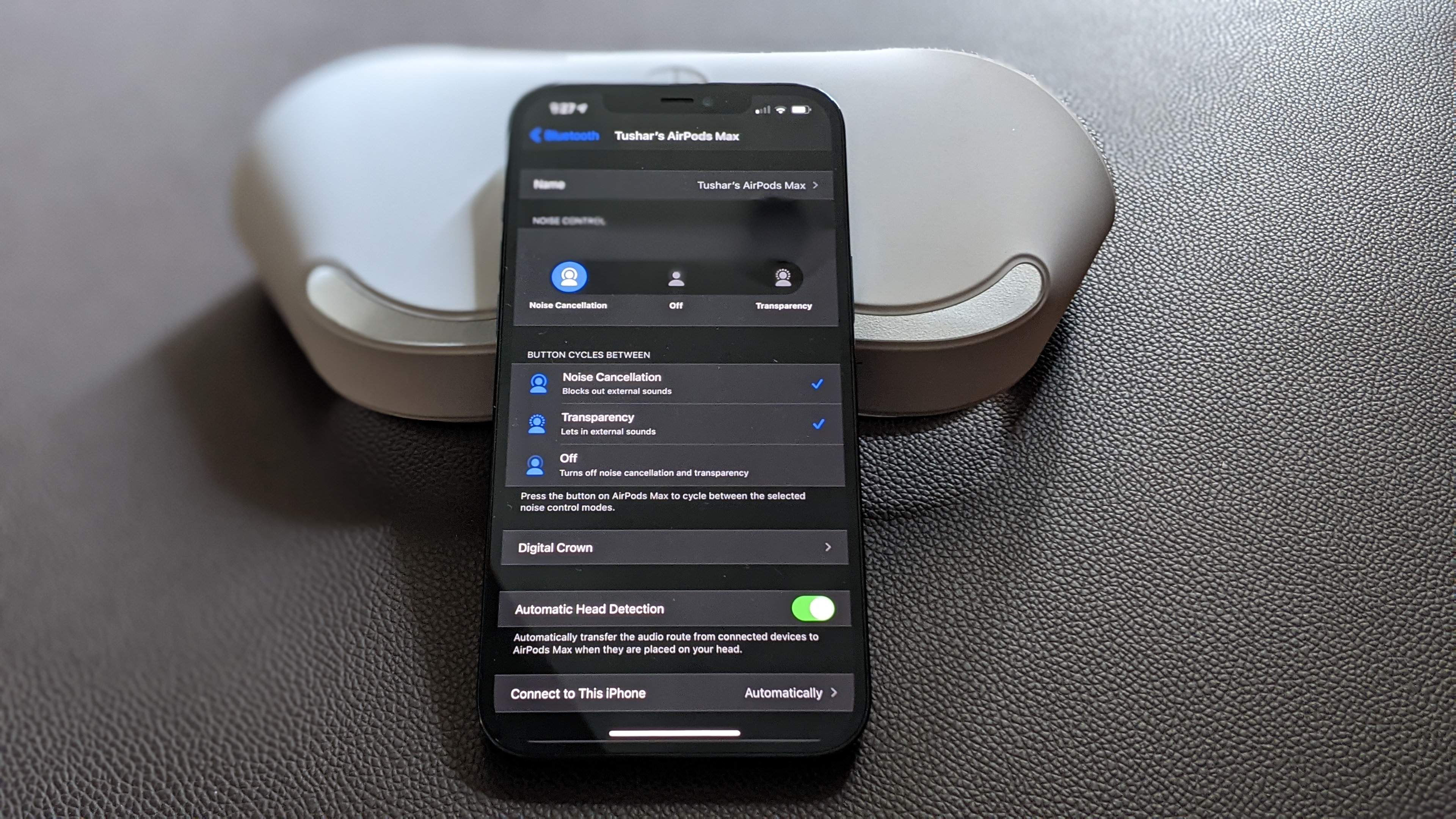 It's really the sound quality itself that takes the AirPods Max to a level above the competition in delivering high fidelity audio that’s possibly a few steps short of $1000-audiophile-grade. Whether you’re listening to pop, classical, hip-hop or the usual Bollywood fare, the AirPods Max delivered a robust audio experience with well-defined mids and a pronounced bass that never overwhelmed the highs. Listening to my playlists on Spotify and Apple Music, the vocals were crisp and clear, the instruments distinct and rich and the soundstage luxurious and more spacious than I had experienced on any pair of wireless headphones. I particularly liked how open these sounded as compared to the Sony and Bose, thanks to the big ear cups and the custom 40mm drivers, and the bigger soundstage allows each instrument to be find its spot. And of course, there’s support for Spatial Audio, which creates the illusion of a 360-degree soundscape, but only works with some content on the Apple TV+ streaming service on iPads and iPhones since they have the sensors required to make it work. 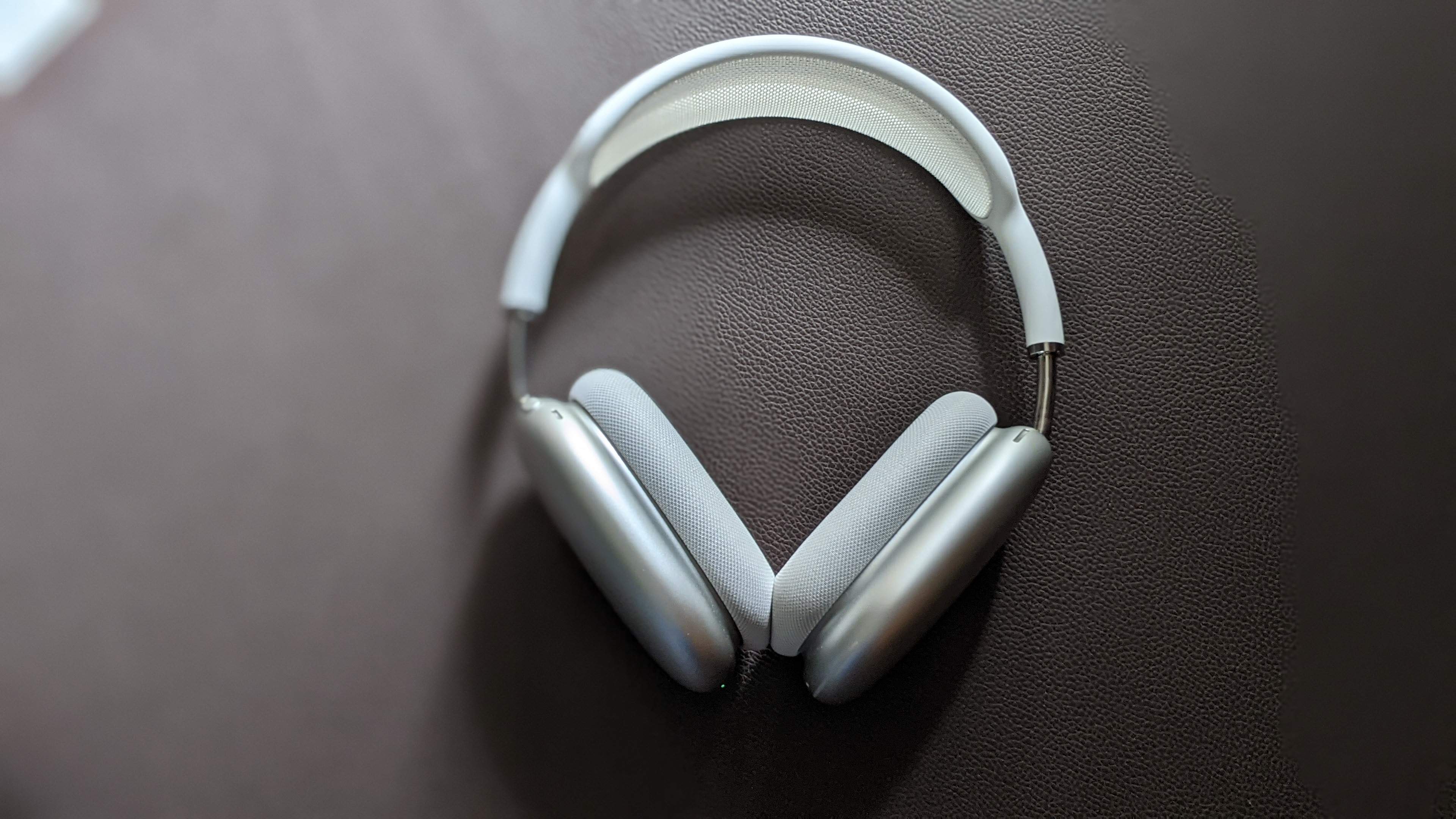 So yes, they work best within an Apple ecosystem, and have a few quirks you’ll need to accept before you’re rewarded with some of the best audio you’ll likely hear from a pair of wireless cans, but there’s also the matter of pricing. If you pit them against the options from Sony and Bose, the AirPods Max might look, on first glance, as being priced out of contention. Sure, if you’re coming from an Android/Windows owner’s perspective, they’re unlikely to justify their price tag. But if you’re the sort who already uses an iPad/iPhone and a MacBook, the AirPods Max deliver seamless, near-instant connectivity across the ecosystem that is unparalleled in the market. Couple that with the ultra-premium design and materials, dock a couple of points for that case, and you have a pair of headphones that feel worth the extra asking price.