As the year comes to an end, we take a look at some of the top mobile games of 2019. According to reports based on mobile market data, Free Fire was the most downloaded game of 2019. That apart, it has been the year of battle royale games like Free Fire and Call of Duty: Mobile being available in your smartphones.

“This was the year for online gaming as it saw an accelerated growth with large audience participation. The exponential rise in online gaming was all because of smartphone adoption since smartphone users reached an all-time high of 3.3 billion worldwide,” said John Dong, Director, Tenda, a leading provider of networking devices, in a conversation with a leading media organisation.

One of the most popular games that youngsters across the world downloaded was PUBG Mobile. Tencent’s game has become the world’s top-grossing smartphone game, dethroning Arena of Valor. According to reports, its revenue spiked 652 per cent year-on-year, grossing $496 million for the period. The company also launched a lighter version PUBG Mobile Lite, which is the toned-down version of the original that hit the Indian market in July this year. The lite version features a smaller map made for 60 players, which means faster-paced games that last 10 minutes while still keeping the traditional PUBG style of play.

Free Fire continues to be the ultimate survival shooter game available on mobile. Each 10-minute game places you on a remote island where you are pitted against 49 other players. Players freely choose their starting point with their parachute and aim to stay in the safe zone for as long as possible.

Subway Surfers: Boasting over 2.7 billion downloads around the world, Subway Surfers was named the most downloaded mobile game of the decade by App Annie. It is an endless runner mobile game co-developed by Denmark-based Kiloo and SYBO Games. 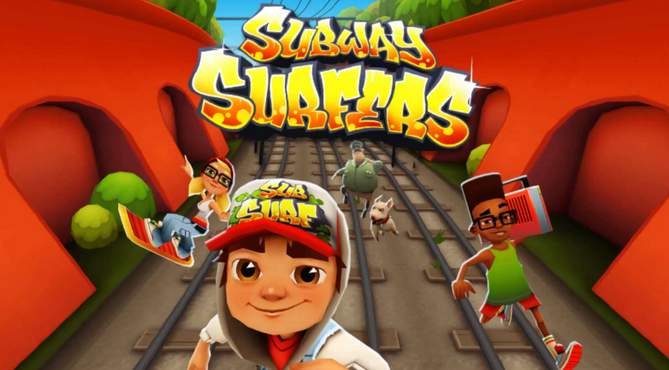 It is available on Android, iOS, Kindle, and Windows Phone platforms and uses the Unity game engine. Special events, such as the Weekly Hunt, can result in in-game rewards and characters.

Color Bump 3D: Released in December 2018, this one is an arcade game with retro graphics and bright vibrant colours. One needs to control the ball and try to avoid hitting any objects that are not the same colour as the ball.

Fun Race 3D: Fun Race 3D is a famous APK (Android Package) game. In this game, a player competes on challenging tracks with your opponents. Every level brings a new unique fun experience and it's easy to play.

*Edited from an IANS report.