Fancy a student-friendly open-seating snack corner that tests your skills with chopsticks? Then head out to Burmy in Peelamedu that only offers you a spoon for your food on special request, and reminds you of North Chennai’s Burma Bazaar. As a unit of AV Foods, Burmy is the brainchild of Erode’s R Aravind Vignesh, who worked as a placement officer at SRM University until he decided to share his love for Atho with the city he grew up in. “For six months, I trained under a Burmese chef in Chennai and implemented the learnings here. We use only authentic recipes. We even got low seating poofs that are customary in Burmese tradition,” the 28-year-old shares. Three months into steady business, Raja Rajan, MD of Boston Creative Company a frequent customer, partnered with Aravind to expand operations. By the end of the month, this duo is working to open up at Race Course with Sai Baba Colony, Saravanampatti and Ramanathapuram on the cards in the next few months. In a soup
Refraining from the use of maida, frozen food or artificial preservatives, their 20 dishes are freshly prepared each morning in their centralised kitchen. With a menu of quick eats featuring egg and meat, they serve unlimited amounts of healthy plantain soup complimentary with each order. “Customers prefer Indo-Burmese recipes to pure Burmese cooking which is slightly mild for our flavour palate,” informs Aravind. Recognised as the national breakfast meal of Burma, the season’s favourite chicken mohingo soup is a hot and spicy chicken consommé with red chilly flake and garlic flavour. Drawing parallels to the Pani Puri is the Burmese egg masala that is a seven-ingredient boiled egg that is stuffed with fried onion bits and broth. 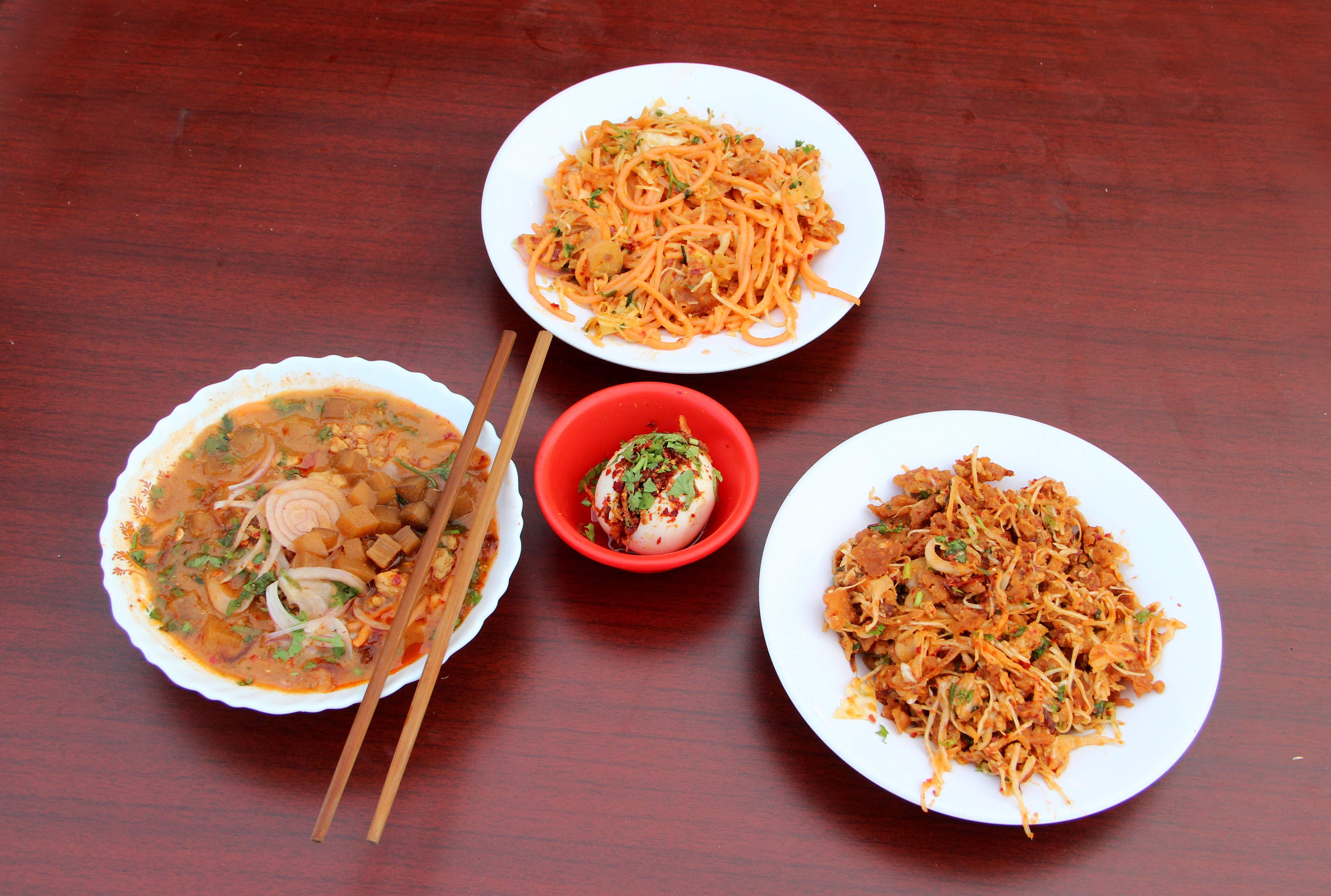 If you’re looking for something to suit your Indian flavour palate we recommend the chicken banga, a noodle dish sprinkled with cabbage, bejo and a deep-fried Bengal gram flour-based cutlet that is spiced with garam masala. Look out for dishes in quail and squid, soon to be added to their menu.     ​
Average cost for two at Rs 150. 7 pm to 11 pm.